No. 4 - St Anne's Anglican Church, Dysart - Stories in the Stones

- December 21, 2017
This rather quaint Gothic Revival church on Constitution Hill in Dysart was opened by Bishop Bromby in 1872 and consecrated in 1876. It was designed by Francis Butler, who was Director of Public Works at this time. It was deconsecrated in 2007 and sold shortly after this. Dysart was formerly known as Shepton Montacute, just south of Green Ponds, now known as Kempton. Its current name is taken from estate Dysart Park in Kempton, which in turn takes its name from Dysart near Edinburgh.

As can be seen from the photographs, the church is in a very poor state of repair and its renovation was delayed by a development scandal in 2014. (see the story in the link to The Mercury at the bottom of the page). Structural problems and constant repairs seem to have been a big part of this church’s history. There are reports in the Mercury in 1902 that mention the east wall leaning dangerously inwards. In 1904 there is mention of debts arising from replacing or repairing the roof. It is evident that these problems have persisted up to this day!

I have found little else about the church and I am sure that it has many interesting stories contained in its walls. But there are fascinating snippets such as Penelope Smith’s story from her research into the Shearing family:

“St Anne’s Dysart had a mix of kindly Anglican minister and ones who preached fire and brim stone. Neil Shearing told of fathers’ and grand father going in the dead of night to the cemetery at the back of the church to bury new born and very small babies, or children not baptised. They could not be buried in consecrated ground so were buried along the southern fence line, no plaque or head stone could be put in, so they were placed with heads next to the fence posts, usually buried in a biscuit tin. When all the fence posts were used up they used sticks twisted between 2 or 3 of the wires in the fence. If the minister was a kindly guy he would stand at the back of the church back to the goings on and would "practice" the Baptism service. Sadly was told recently the fence has been replaced. He also told of a death by suicide, they did do a service but sadly years ago the deceased was not allowed in the church for a service but was left outside, nor could the body be buried on consecrated ground Neil always said that at least one person was buried on the road side of the cemetery under the pines, but don’t know about that one”. (Facebook thread The Tasmanian Midlands – A Pictorial History 9 January 2018)

Stories like these breath life back into the old stones.

Butler was born in England in 1823. After completing his architectural studies he followed his parents to Van Diemen's Land. He served for two years as Director of Public Works (1871-3). He designed the Commercial Bank of Tasmania in Macquarie Street, the Memorial Uniting (and originally Congregational) Church in Brisbane Street Hobart; St Pauls in Montrose and Shene Historic Homestead Pontville. 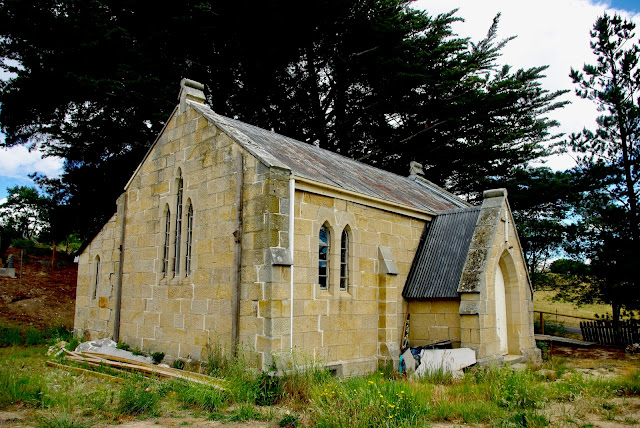 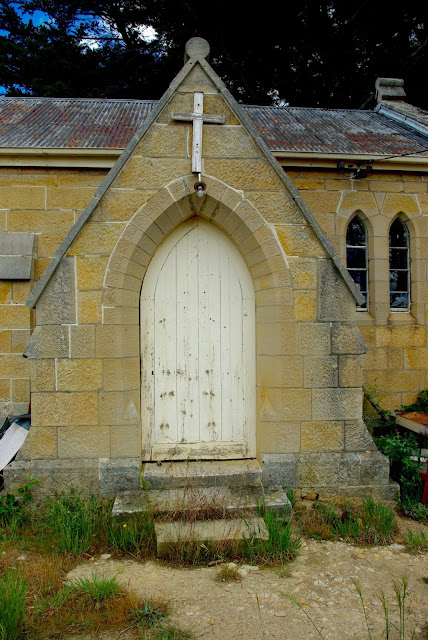 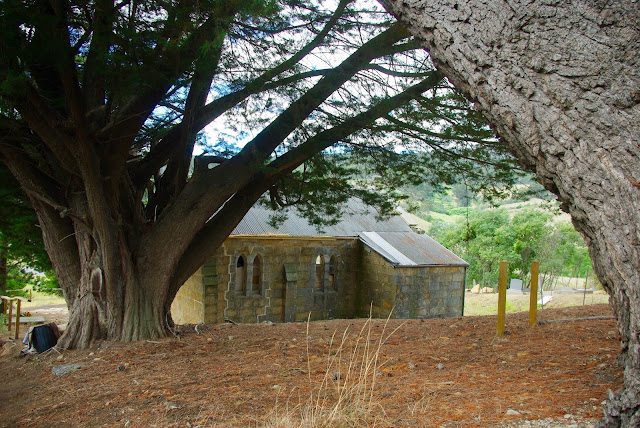 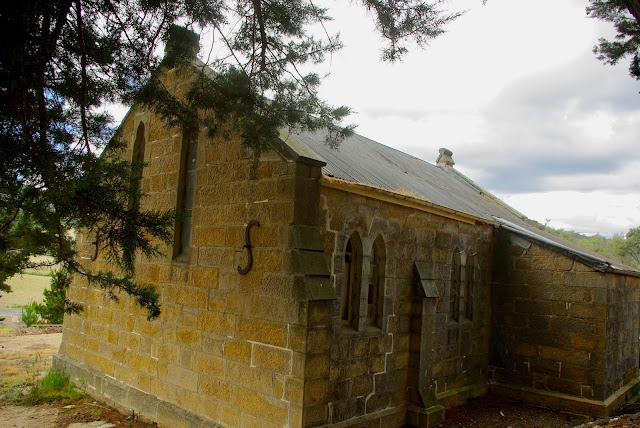 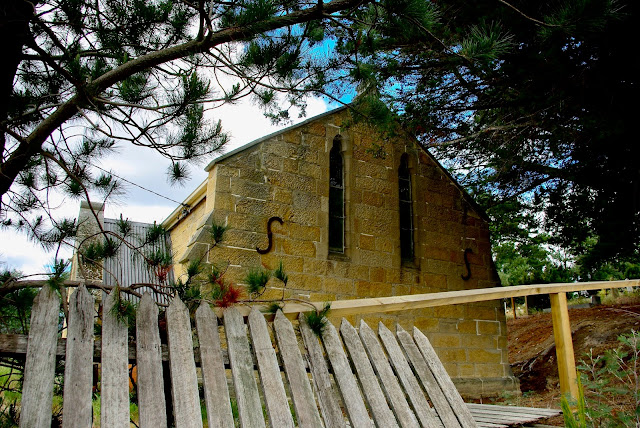 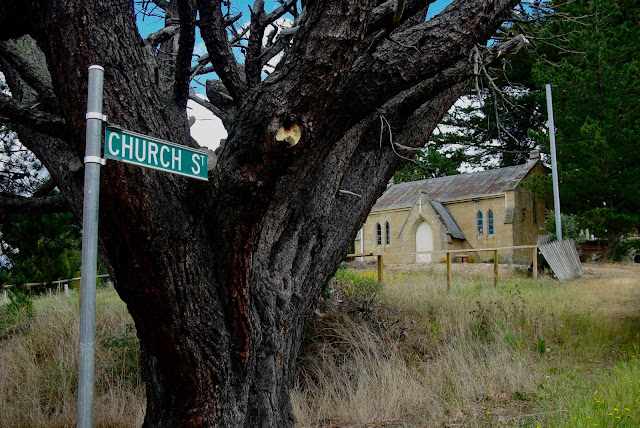 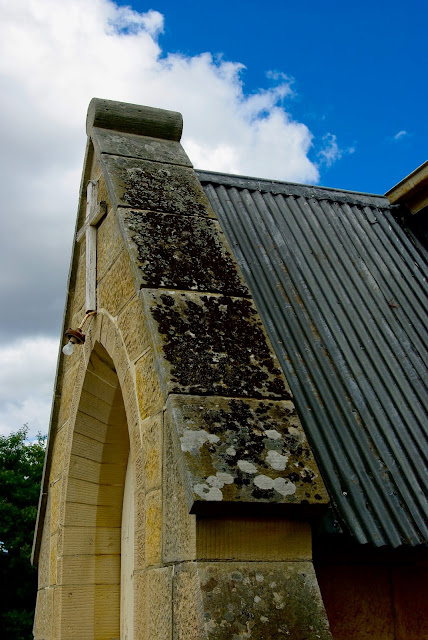 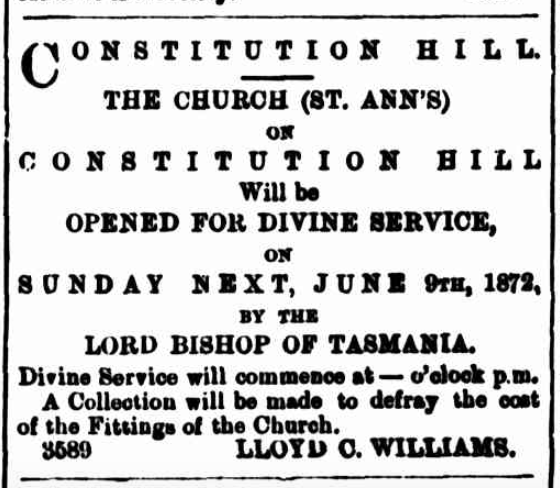 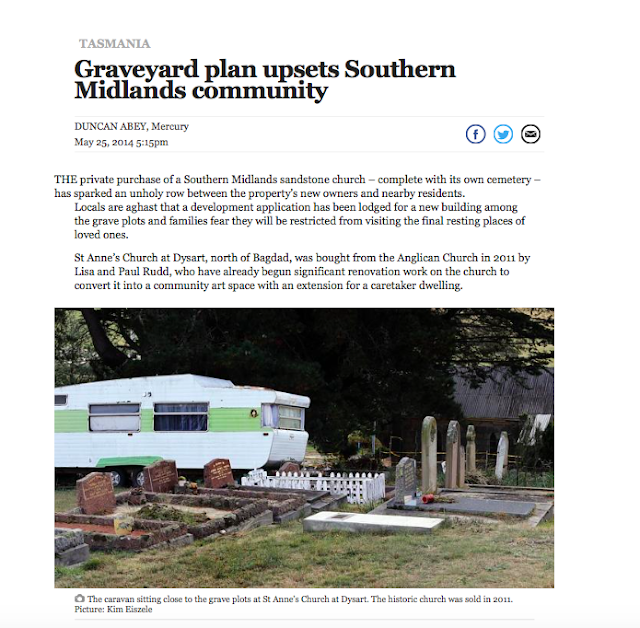