Showing posts from March, 2019
Show All

No. 380 - The Branxholm Methodist Church 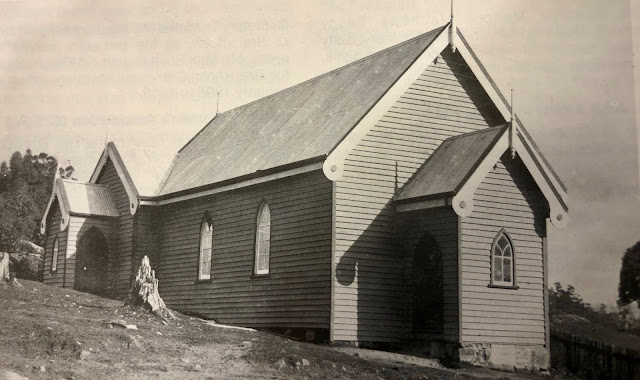 In the 1850’s, explorer and surveyor James Scott applied for 5000 acres of land along the Ringarooma River and named his selection Branxholm, after a hamlet in Roxburghshire, Scotland. With the discovery of tin in the area, Branxholm prospered although it remained a relatively small centre. By the 1880’s a small settlement was flourishing and religious communities were established. A small Wesleyan Methodist church was established at Branxholm in 1893 at a cost of £49. In 1910 a larger church was built at a new location and the old building was moved to the site to serve as a Sunday school which was attached to the rear of the new structure. (see photo below) The Launceston Examiner carried a report on the laying of the foundation stone in December 1910: “The laying of the foundation stone of the addition to the Branxholm Methodist Church took place at 3 p,m. on Friday afternoon, when there was a very fair gathering. The Rev. G. N. Wheaton presided. Mr W.A. Scott welcomed the visito
Post a Comment
Read more 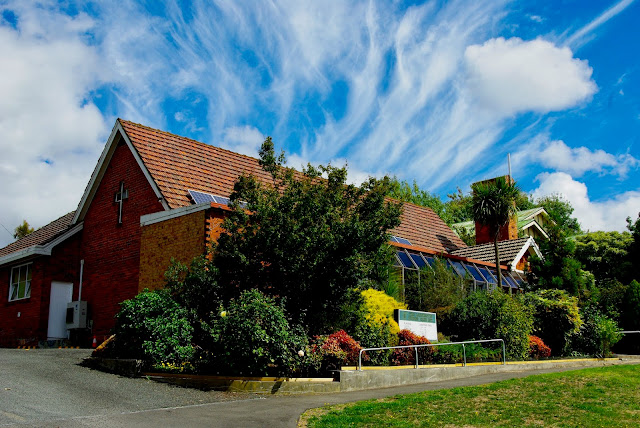 No. 378 - The Cornwall Methodist Hall - "Unfit for Public Worship" 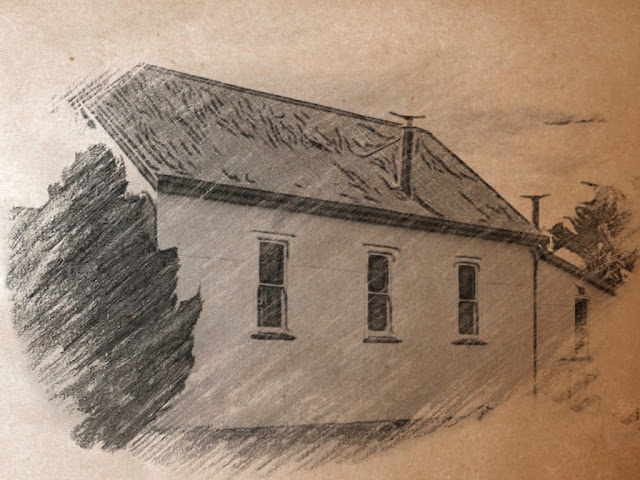 Cornwall is a former coal mining town near St Marys in north-east Tasmania. The Cornwall Coal Mining company began mining operations near St Marys in 1886, which led to the establishment of small settlement numbering about 200 residents by the turn of the 20th century. Cornwall once had three churches: an Anglican Mission Hall built in 1908*; a Salvation Army hall built in 1924; and a lesser known Methodist Hall which was in use from at least 1905 to 1928. Although the building was available for other purposes, during this period it became commonly known as the Cornwall Methodist Hall.  A report in the Examiner from October 1928 provides valuable information about the hall's origins and history: “During Monday night, which was wild and stormy, the old hall at Cornwall, which was expected to be blown over for some time, collapsed…. The hall was originally built by the miners of the place a good many years ago. The Government at one time put a piece onto it, and it was used as a St
Post a Comment
Read more

No. 377 - The Scots Presbyterian Church at Bridport 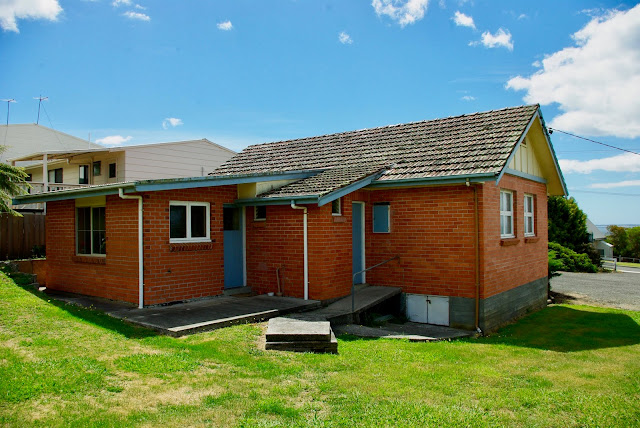 Bridport is a resort town on Tasmania’s north-east coast situated at the mouth of the Brid River. It was once an important port for hinterland settlements during the mining boom of the late 19th century. The Presbyterian church commenced services at Bridport in April 1952 with services held in the Country Women’s Association Hall and later in the Methodist church. In 1967 land was purchased on Westwood Street for the construction of a church. A hall was built at the rear of the block so that a church could be added at the front at a later date. Construction began in February 1969 and the building was completed in the following year with the first service held in August 1970. The church’s memorial communion table and pulpit were crafted by Mr Robinson of St Stephen’s Presbyterian Church in South Launceston. The planned church in front of the hall was never built but the church is still open and is approaching its 50th anniversary. Presbyterian churches in the Scottsdale region elected
Post a Comment
Read more 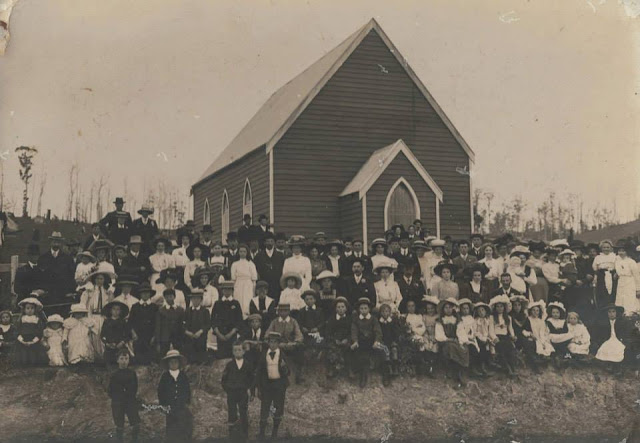 In the 1870s the Church of Christ arrived in Tasmania and established itself first in Launceston and Hobart. Initially the denomination was simply known as the ‘Christians' then from 1885 as 'Disciples of Christ' and finaly as 'Churches of Christ'. The Churches of Christ developed numerous congregations across the north of the Tasmania but especially in the north-west. Church of Christ meetings were held at Sulphur Creek from 1898 and at the Rechabite Hall at Penguin from January 1905. By the end of that year a church was established at South Road about two miles outside Penguin, on the road to Ulverstone. The church was built by Mr Robert Hutton on his own property and opened on Sunday 24 December 1905. The North Western Advocate reported: “A new place of worship has been erected on South road, in connection with the Church of Christ, and as there are a number of residents in this locality who might find it a difficult matter to reach Penguin or Ulverstone to atte
Post a Comment
Read more

No. 375 - The Inveresk Congregational Chapel - 'The Inhabitants over the Bridge' 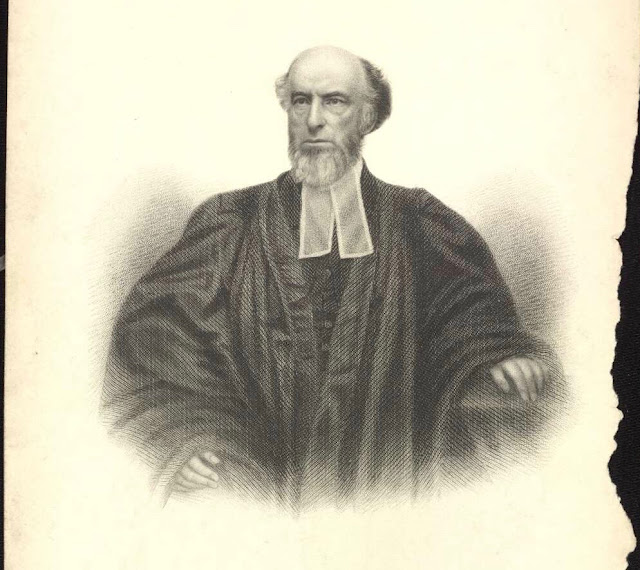 The Invermay Congregational Chapel is associated with Reverend Charles Price who established two other Launceston Congregational churches; the Tamar Street Chapel (1837) and the Vincent Street Wycliffe Chapel (1848). Price maintained an effective ministry for over 50 years up until his death in 1891. Charles Price is regarded as the founder of Launceston’s temperance movement, the City Mission and the Bible Society. He lectured frequently on scientific subjects to the Mechanics' Institute, which he had helped to found. The chapel at Inveresk (then called ‘New Town’) was established by the congregation of the Tamar Street Chapel. The Launceston Examiner carried a brief report on its opening on Sunday 13 May 1858: “On Sunday this building, intended for a Sabbath School and preaching station, was formally opened. The Rev. C. Price preached in the afternoon at 3, and in the evening at 6 o’clock. The place has been erected in connection with the church and congregation meeting in Tama
Post a Comment
Read more 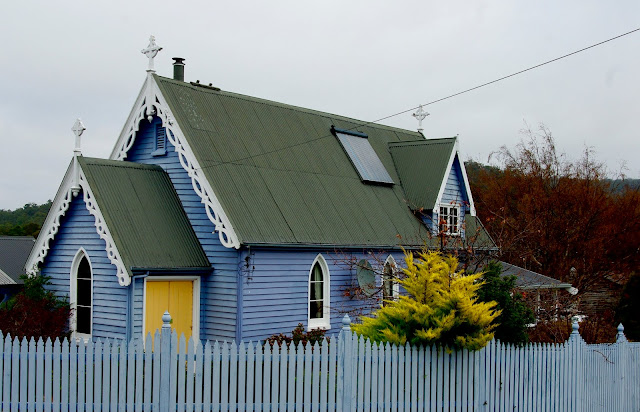 Rossarden is a former tin mining town in north-east Tasmania. In the 1930's a settlement was established at a site below Stack’s Bluff following the opening of the Aberfoyle Tin Mining Company, which began operating in September 1932. A dramatic drop in metal prices in the 1970' s saw the mine’s production decline and its eventual closure in 1982. The town’s population dropped from a peak of over 500 when the mine was fully operational to approximately 60 permanent residents today. In the early 1960’s Catholics at Rossarden acquired a church following the closure of the Church of the Guardian Angels at nearby Avoca. [ see No. 166 ] The church was removed to Rossarden and erected at a site on the corner of Baker and Lee Streets. It was renamed St Barbara, the patron saint of miners and was blessed by Archbishop Guilford Young. For almost 20 years St Barbara’s served the mining communities at Rossarden and nearby Storeys Creek. The downturn of mining activity in the1970’s an
Post a Comment
Read more

No. 373 - St Barnabas at Scottsdale - 'The Anglican Church People Are Bestirring' 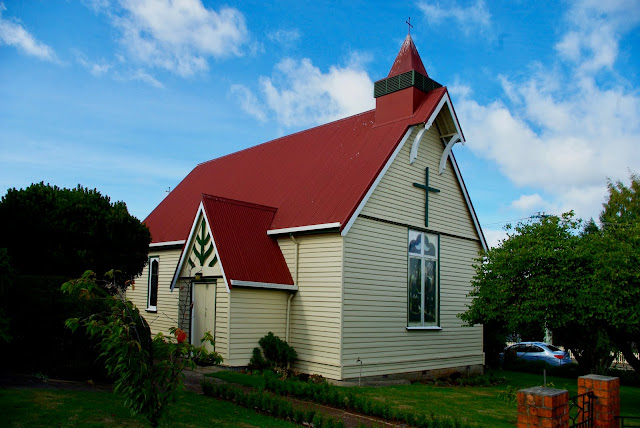 Scottsdale is the largest town in north-east Tasmania. It is named after the Government Surveyor, James Scott, who explored the region in the 1850’s. The town was initially planned around Ellesmere but it developed about a kilometre south of the original site and was officially called Scottsdale after 1893. The Anglican’s were the last of the major denominations to build a church at Scottsdale. A possible reason for this was that an Anglican church at nearby Springfield had been opened in 1884. Anglicans had also been able to use the Union church at Ellesmere and later services were held at the town’s Masonic Hall. The move to build a church began in October 1888: “The members of and those interested in the establishing of a Church of England in Scottsdale were invited to a social meeting, at the Masonic Hall, to consider the best means of bringing about the above object. About 30 ladies and gentlemen were present. The Rev. Canon Icely, being the leading spirit…”.  However four yea
1 comment
Read more

No. 372 - Horton College and its Chapel - "A Blessing to Their Children" 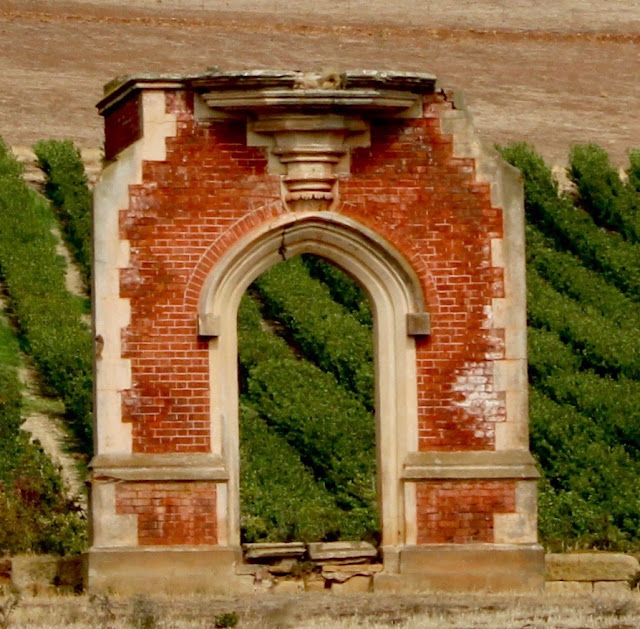 Horton College, which was situated near the town of  Ross, midway between Launceston and Hobart, was one of the most significant Methodist educational institutions established in Australia in the second half of the 19th century. Horton College appears in ‘Churches of Tasmania’ for two reasons: the first is because it was an important centre of Methodism in the colony; the second being that for a brief time the College had its own chapel. Horton College’s roots lie at Somercotes homestead which is regarded as a cradle of Methodism in the Tasmanian Midlands. Somercotes was was frequented by Wesleyan ministers from about the 1830’s and meetings were regularly held regarding church business.  The homestead was built by Captain Samuel Horton in 1833. Born in Lincolnshire in 1796, Horton came to Van Diemen’s Land in 1823 after serving as a Captain in the Merchant Navy. He was persuaded to move to Tasmania by his cousin, the Reverend William Horton, the first resident Wesleyan Mini
4 comments
Read more 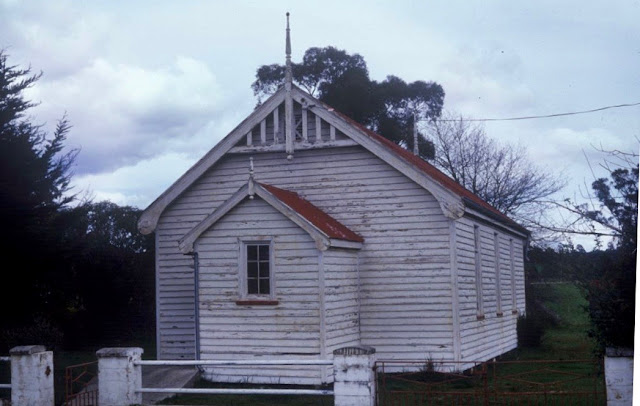 Nabowla is a small settlement located on the old Lisle Road, near Scottsdale, in north-east Tasmania. It was established around an important railway station on the 'North Eastern Line'. The settlement was originally named Pagunta, then became known as Lisle Road Station, but this was changed to Nabowla in 1913. Apart from the railway station, Nabowla had three saw mills, a State school, a public hall, a general store, a post office and two churches. According to Dorothea Henslowe’s ‘Our Heritage of Anglican Churches’, a chapel was used by all denominations at Lisle Road in the 1890’s. By 1910 plans for building an Anglican place of worship had begun following the donation of land for a Mission Hall by Mr A.B. Boyd and Mrs E.M. Rainbow. Build by John Ferguson, the Mission Hall was completed in time for the Sunday school anniversary held in January 1911. The Daily Telegraph reported: “The [Sunday school] festival of the Lisle-road Church of England was celebrated on Sunday, wh
Post a Comment
Read more

No. 370 - The Kindred Methodist Church 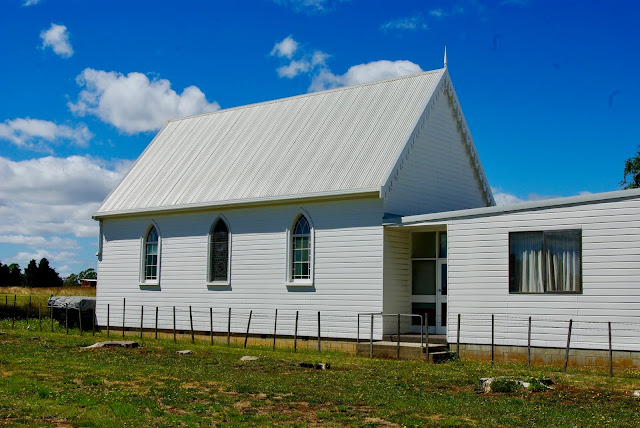 Kindred is a small rural settlement in north west Tasmania approximately 15 km south of Ulverstone. It was settled from the late 1850’s and it is thought that the name is derived from the fact that many early settlers became related through marriage and therefore kindred. “Kindred of that time consisted of some seven or eight families, with a like number of small patches of clearing. The names of those striving to make their homes in the forest were: Arnold (three families), Walsh, Diprose, Polden, and Riggs…” [1] The first Methodist church at Kindred opened in 1865. A ‘history’ written by the early pioneer, Thomas Bingham, is one of the few sources available about the first church: “The building was an unpretentious little wooden structure, with paling walls and shingle roof, and was build by the late Mr George Bonney, of Forth, on land given by the late Mr. John Arnold… The church was opened by Rev. W. Mathewson, a Congregational minister, who had been laboring in God’s cause
Post a Comment
Read more
More posts