Showing posts from December, 2022
Show All 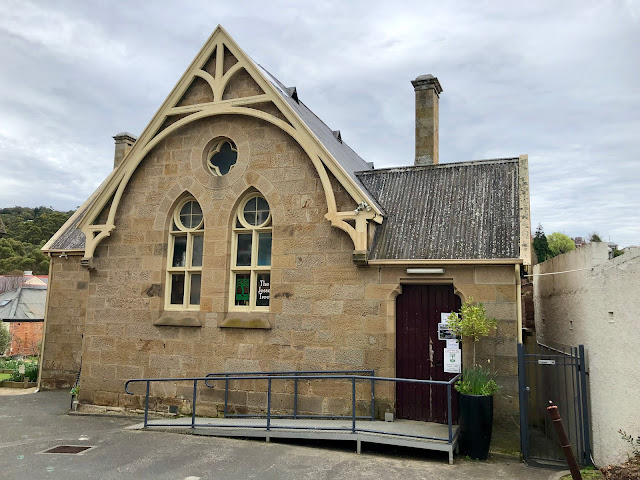 This article is one of a series about the history buildings associated with some of Tasmania’s most significant churches. These buildings include Sunday schools, parish halls, convents, schools and residences of the clergy. Ancillary buildings are often overlooked and rarely feature in published histories. My aim is to create a simple record of these buildings, including those that no longer exist. The construction of the landmark All Saints Anglican church on Macquarie Street, South Hobart began in 1858. It is of an early English Gothic design by architect Henry Hunter. Hunter also designed the church’s Sunday school which was completed in 1877. The cost of the Sunday school building, which amounted to £1000, was borne by Alfred Kennerley, a wealthy businessman, philanthropist and premier of Tasmania (1873-1876). Kennerley, and his wife Jane, were staunch supporter of the Church of England. Kennerley made a significant contribution towards the extensions made to All Saint’s Church in
Post a Comment
Read more 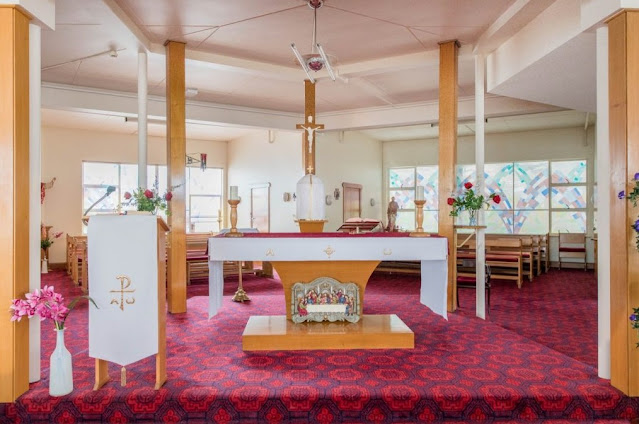 Nazareth House was established in 1950 by the Poor Sisters of Nazareth, a Catholic Order founded by Victoire Larmenier. The focus of this article is on the history of the founding and development of Nazareth House and its chapel. The origins of Nazareth House date back to the early 1930s when land was purchased at St Leonards upon the direction of Archbishop Hayden for the purpose of building a boys’ orphanage. It was subsequently decided to include homes for the aged as part of the project. In 1940 a bequest of £1500 was made by a Launceston priest, the Very Reverend Patrick Hennessy, which revitalised plans being made to begin construction. However, due to wartime conditions and restrictions, the work was postponed. In 1946 the project was revived by the newly elected Archbishop Dr. Ernest Tweedy. In 1950 a new opportunity arose when “Mount Esk” a 15 acre property, which included an historical home, was purchased by the Catholic Church for £8500. The land acquired in the 1930s was so
Post a Comment
Read more 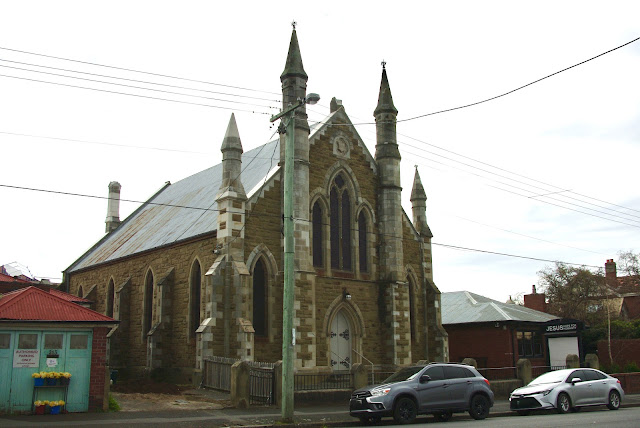 For most of its existence, the Davey Street church has been a place of worship for Methodists living in South Hobart. In the 1970s it became a Lutheran Church and in more recent years it was purchased by a Pentecostal congregation. The focus of this article is on church’s establishment through to the final Methodist service held in March 1973. The church’s origins date back to 1834 when a building that had previously been used as a dwelling was secured at 211 Davey Street for use as a Sunday school. Soon after this the property was purchased and a schoolroom and chapel was built and officially opened on 1 April 1838. By the 1860s the Sunday school accommodated 152 students with 14 teachers. By this time the congregation had outgrown the chapel and the construction of a larger place of worship had become a necessity. The foundation stone of a new Wesleyan-Methodist church was laid on 21 July 1870. The Hobart Mercury reported: “Yesterday afternoon the ceremony of laying the foundatio
Post a Comment
Read more

No.1213 - New Town - The Josephite Mission and History Centre 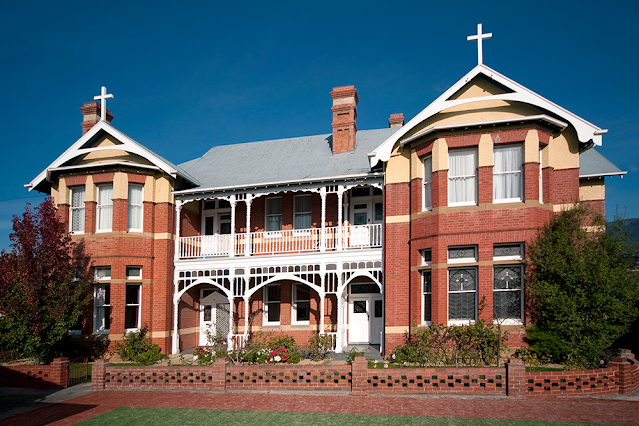 The Josephite Mission and History Centre is located on the campus of Sacred Heart College at New Town. The building began life as the convent for the Sisters of St Joseph of the Sacred Heart of Jesus. In 1908 the Sisters were invited by Archbishop Murphy to take responsibility for the Sacred Heart Parish school that had opened 1888. The Sisters of St Joseph were founded in Penola, South Australia in 1866 with their work and values based on the ideals of the Order's founders, Julian Tenison Woods and Mary MacKillop, who shared a call to help and educate children. In 2010 the covent was redeveloped to house the Josephite Mission and History Centre. The Centre displays the history of the Sister’s of St Joseph who ran 22 Josephite schools across Tasmania. The Centre contains a permanent historical display, a contemporary library of spiritual and Josephite books and several rooms of memorabilia. The Founding Sisters’ Room tells the story of the arrival of the first community of Sisters
Post a Comment
Read more 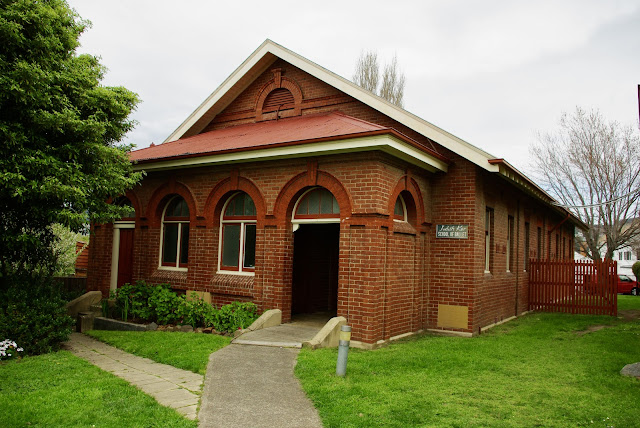 This article is one of a series about buildings associated with some of Tasmania’s most significant churches. These buildings include Sunday schools, parish halls, convents, schools and residences of the clergy. Ancillary buildings are often overlooked and rarely feature in published histories. My aim is to create a simple record of these buildings, including those that no longer exist. Battery Point is an historical inner suburb on the east side of Hobart, fronting onto the Derwent River. The suburb’s name is derived from Mulgrave Battery was established in the 1818 for coastal defence purposes. St George’s Anglican church is one of Hobart’s most photographed churches. However, the St George’s Sunday school, which is situated next to the church, receives almost no attention from photographers or historians. In January 1906 it was decided to build a new Sunday School on land recently bought adjoining the old Sunday school (1851). Construction began on the new school in 1914. An article
Post a Comment
Read more 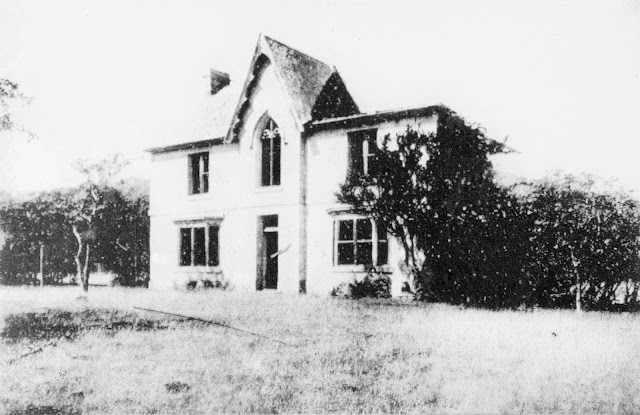 This article is one of a series about buildings associated with some of Tasmania’s most significant churches. These buildings include Sunday schools, parish halls, convents, schools and residences of the clergy. Ancillary buildings are often overlooked and rarely feature in published histories. My aim is to create a simple record of these buildings, including those that no longer exist. Rokeby is an eastern suburb of Greater Hobart on the east bank of the Derwent River. It remained a small village until the State Government’s Housing Department built a large public housing estate in the 1970s. Rokeby is named after "Rokeby House”, built by George Stokell in 1830, which in turn remembers the village of Rokeby in Yorkshire. St Matthew’s Anglican church was designed by convict architect, James Blackburn. The foundation stone was laid on June 30, 1840, by the first Archdeacon of Tasmania, William Hutchins. Due to the church being unfurnished it was only officially opened and dedicated
Post a Comment
Read more 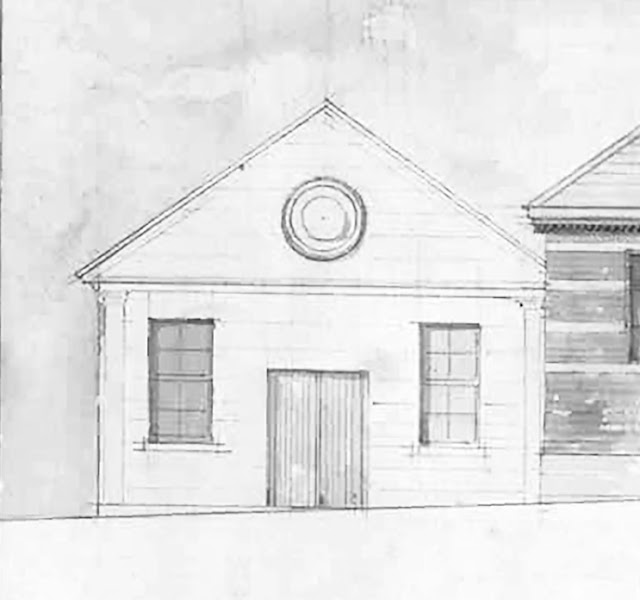 Battery Point is an historical inner suburb on the east side of Hobart, fronting onto the Derwent River. The suburb’s name is derived from Mulgrave Battery was established in the 1818 for coastal defence purposes. In 1850 an Independent Chapel and Sunday school was built on Hampden Road. The school was established in 1848 by the Brisbane street Congregational Church. It was a small building based on a classical design. A brief article published in the Hobart Courier makes mention of the official opening on Thursday 7 February 1850: “The Independent Church of Brisbane-street opened a new school-house at Battery point, which they have lately erected in that locality at a cost of £ 250. About 4 o’clock p.m. some 70 Sabbath-school children assembled, and were regaled with tea and cake, after which the friends of the school took tea together. The Rev. F. Miller presided”. The debt on the building was extinguished in 1854 following a “Christmas Tea Meeting” where £40 was raised. In 1866 the
Post a Comment
Read more 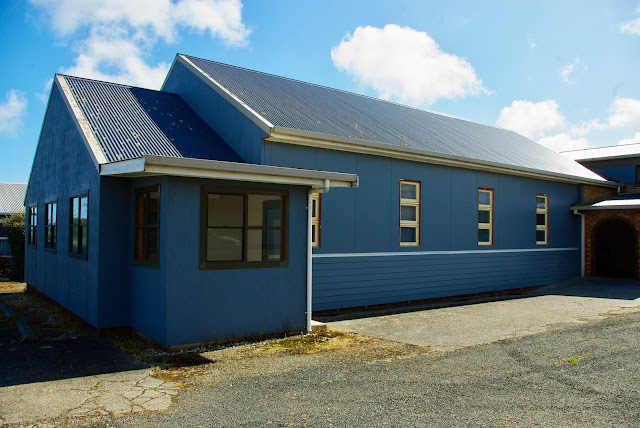 Forest is a small settlement off the Bass Highway about 12 kilometres south of Stanley in Tasmania’s far North West. The early settlers referred to the area as "the forest" and when an official name was needed it became simply “Forest”.  For a time locals referred to the settlement as “Tierney’s Town”. Forest and the surrounding district has been home to numerous churches, most of which have closed and whose buildings no longer exist.  The settlement at Forest centres on the intersection of Mengha Road and Back Line Road. Three churches were established near this intersection: St Bartholomew’s Anglican church (1905); a Union Church (1894) - now the Forest Christian Centre (Christian Brethren); a short-lived Baptist church established in 1913 and a Catholic church (1911) which was located near South Forest. The Union Church was the first church established at Forest. It was initially used by Protestant denominations including the Methodist and Presbyterians. In time it was acq
Post a Comment
Read more 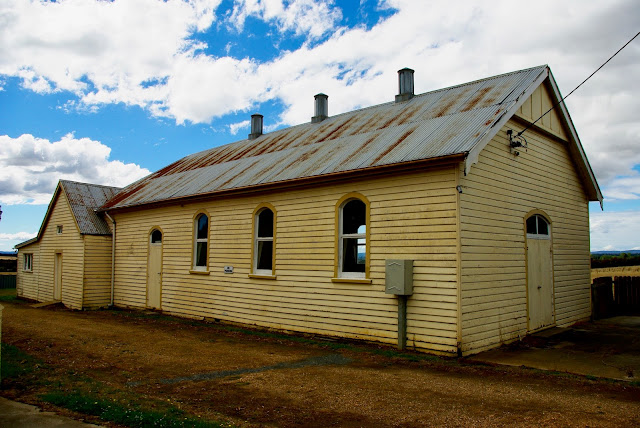 This article is one of a series about buildings associated with some of Tasmania’s most significant churches. These buildings include Sunday schools, parish halls, convents, schools and residences of the clergy. Ancillary buildings are often overlooked and are rarely featured in published histories. My aim is to create a simple record of these buildings, including those that no longer exist. Whitemore is a small rural settlement close to Westbury in Northern Tasmania. Whitemore was once part of the original Quamby estate granted to Richard Dry senior. The area around Whitemore Creek was sold to William Hingston in 1854. It was Hingston who donated land for a Wesleyan chapel in 1857. At the time it was known as the "Whitemoor Chapel” and the name was adopted by the village that grew up around the church. The Whitemoor chapel was used as a place of worship for only 7 years before it was replaced by a much larger brick church built in 1864. With the construction of the new church t
Post a Comment
Read more 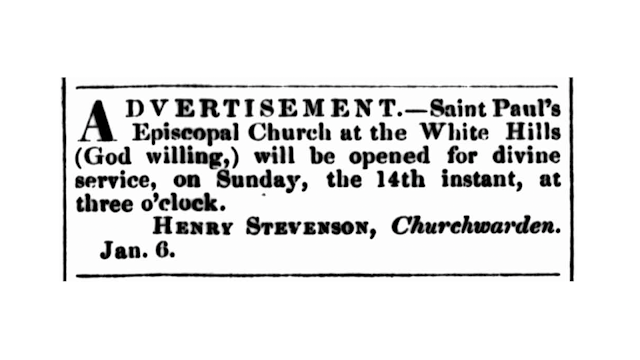 This ‘blog entry’ is one of a series of articles about places of worship which are barely represented in the historical record. No images of these buildings appear to exist. My hope is that these brief articles may result in further information and images coming to light thus enabling a more complete history to be recorded. White Hills is a rural area within Greater Launceston which lies about 15 kilometres south-east of the city. The first Anglican church at White Hills was dedicated to St. Paul and was officially opened on Sunday 14 January 1844. It was a brick building with lancet windows and was situated on a hilltop near the present wooden church. It was built at a cost of £900, assisted by a government grant of £410. The diary of Reverend John Mereweather, the first permanent rector, described the church as “pretty enough with its lancet windows”. However Mereweather complained about the building’s dampness, poor construction and the lack of a communion table. On his arrival in
Post a Comment
Read more 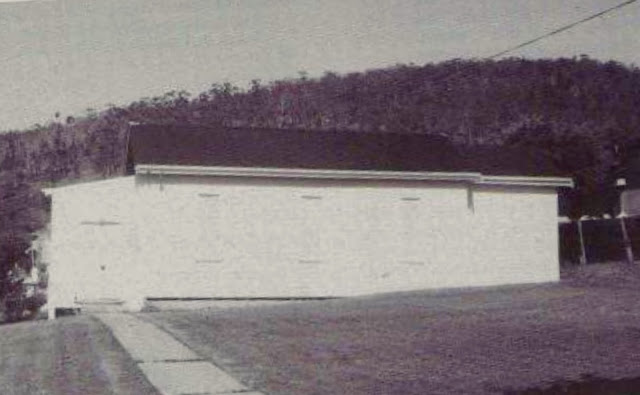 Located on the Western shore of the Derwent River, Taroona is an outer southern suburb of Greater Hobart which lies within the Kingston municipality. The name ‘taroona’ is a Mouheneener word for chiton, a marine mollusc found on rocks in the intertidal regions of the foreshore. The name ‘Taroona’ was adopted by Clarendon James Cox Lord for his 18-acre property which he purchased in 1894. In 1948 the Presbyterian Church decided to establish a church at Taroona. The disused St Barnabas’ Anglican church at Gray, near St Marys, was purchased for a sum of £110 and was cut up and transported to Taroona. It was re-erected on a site at 1 Taroona Crescent donated by the Watkins family. The church was officially opened on Sunday 30 April 1950. A report published in the Mercury described the opening ceremony: “The new Presbyterian Church at Taroona was opened yesterday by the Moderator of the Tasmanian Presbyterian Church (the Rev. C. Y. Reid). In a simple ceremony, Mr. Reid knocked on the door
Post a Comment
Read more
More posts