No. 25 - Holy Trinity Anglican Church Launceston - Only Half a Church?

- January 04, 2018
After the latest batch of blog articles on abandoned churches and pleasant country chapels, in todays’ blog I am going for something slightly grander; the Holy Trinity Anglican Church in Launceston. A lot has been written about this church so I will limit its history to the basic details and avoid delving into primary research.
The church is not the first to stand on this site. The original Holy Trinity Anglican Church was replaced after it was destabilised by a 1884 earth quake (these seem to be common in Tasmania in the 19th century). It stood in an area in front of where the existing church is now situated (see photo below). The present church was opened in 1902.


The architect Alexander North, who also was a parishioner, designed the new church. He is responsible for the design of a good number of Tasmanian churches in this period.  Financial issues caused construction to cease before it was fully completed, and consequently Holy Trinity Church’s west end was left half-finished. The stop-start construction process delayed the installation of mosaic panels, designed by North until the 1950's. The opening service was held in 1902 although it was unfinished.


North’s original plan for the church was far grander than the church we see today. The completed building would have been well over 50 metres long. North produced an alternative plan in the 1920s that envisaged twin western towers linked by an arch that incorporated a projecting baptistery and window with perpendicular tracery.  This too proved to be unaffordable at the time. The present narthex was built in the 1980s on the site of the intended nave.  Nevertheless, the Holy Trinity church is an impressive structure. I will photograph the interior some time in the future but I have included two photographs from The Examiner, which show the magnificent organ and the Lady Chapel, with stained glass windows from the original Holy Trinity church.
The colour exterior photographs are my own. They were taken before 7am on a Sunday to exclude traffic and people from the shots and this is also the reason for the golden hues of the brickwork on the northern and eastern walls. The two interior shots are from The Examiner and credited below. 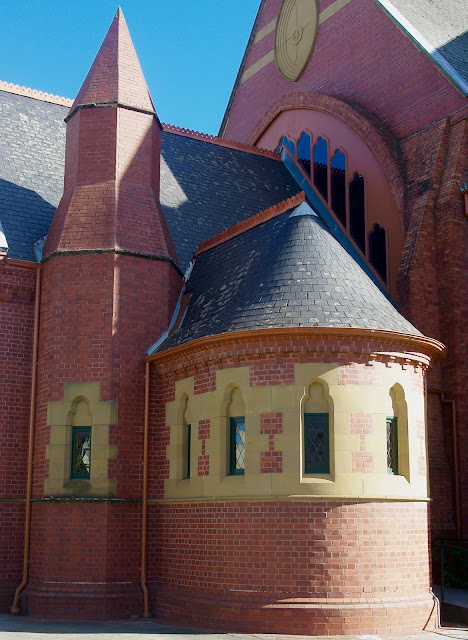 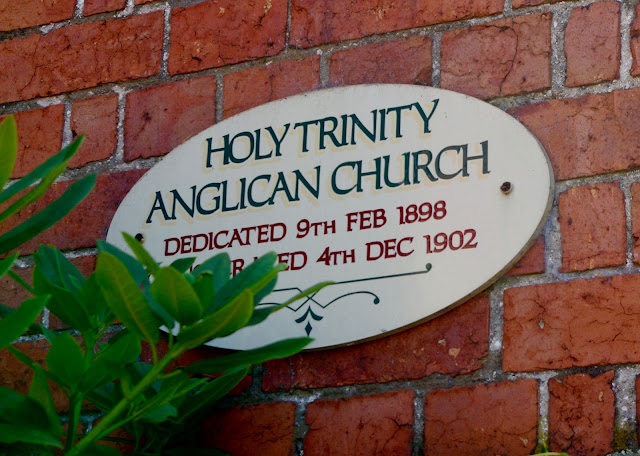 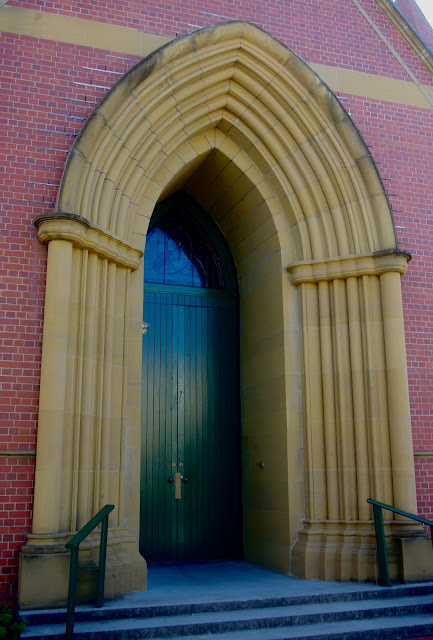 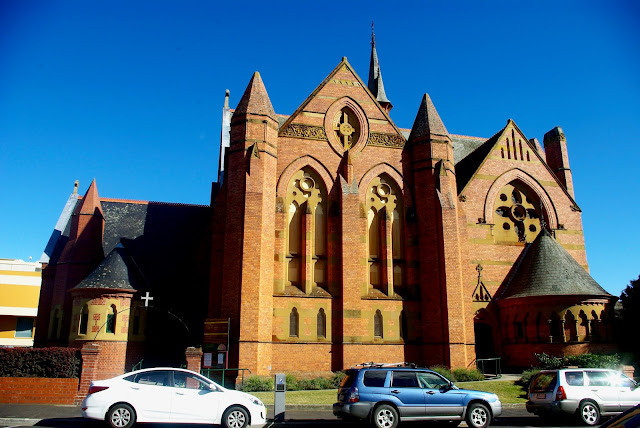 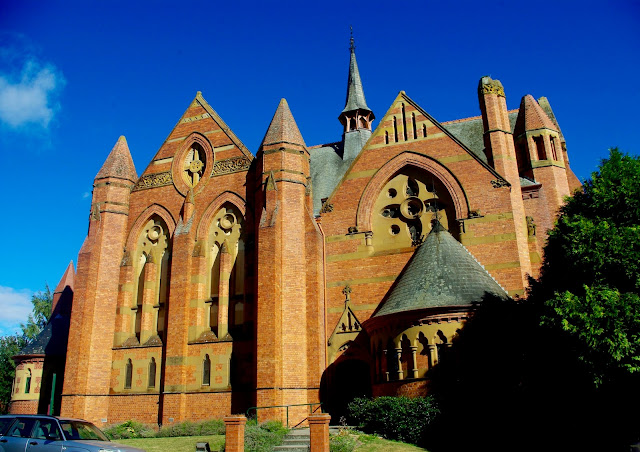 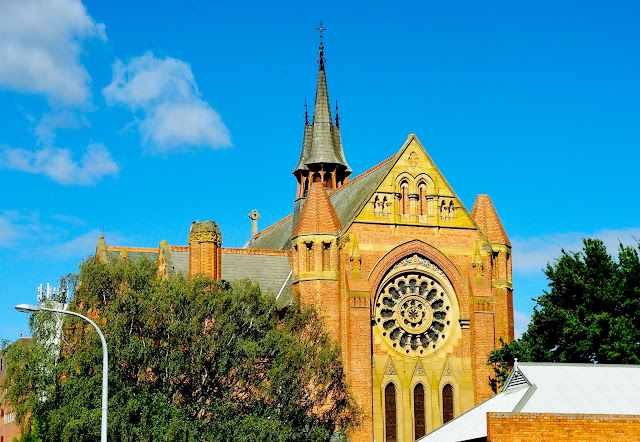 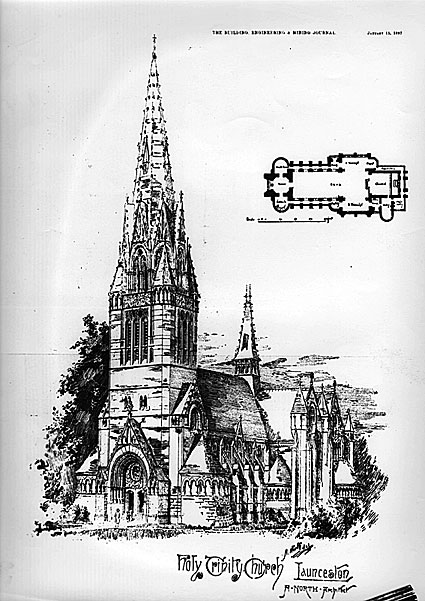 The most authoritative source is : Holy Trinity Church, Launceston : a history from 1838 /​ by J.S. Gill.