- May 28, 2018
The first Methodist Church at Tunnel was destroyed in a bushfire in 1922. The second church, which replaced it, survived a further bushfire in 1934. But the church is no longer at Tunnel; a small cemetery is the only visible reminder of its existence. But it has survived and can be found at nearby Lilydale, hidden behind the town’s Uniting Church, where it was relocated to serve as a hall. This is the story of the Tunnel church’s origin, destruction, revival and relocation.

Up until the 1890’s the people of Tunnel had been without a church. In June 1895 this changed:

“The desire of many residents of this place is at last to be gratified. The isolation of the farmers and the bad state of the roads have made the attendance at Divine worship almost an impossibility; but the difficulty is to be overcome by a preacher coming to visit us. The Rev. G. Andrews, Wesleyan minister of Lilydale, preached here for the first time last Sunday, and has promised to come again…”

By November 1895 fundraising had begun to build the first church at Tunnel as reported by the Daily Telegraph:

“In the absence of a public building large enough to accommodate the number of people assembled, the social was held in a fine barn lent by Mr Challender. The object was to raise funds and enthusiasm for the building of a Wesleyan church”.

The Daily Telegraph’s report also provides some details of the event:

“Mr Challender was unanimously voted to the chair. The platform upon which the singers were placed consisted of a large quantity of straw that had been pressed and nicely cut out with hay knives. The decorations were of a lavish description, and the barn was made to look attractive. Addresses were given by Messrs. Andrews, Challender and F. Kerkham…”

Mr Kerkham was leading ‘pioneer’ in the region and has been called the “father of the Tunnel and Retreat districts” being one of the first settlers in the district. He was born in Cullenswood in 1854 and settled at Tunnel in 1880. He was also a member of the first committee of the Lilydale Farmers and Fruit-growers Association. He had a deep commitment to the Methodist Church and Sunday School and was to serve as a local Methodist preacher for 35 years, sustaining the church through disaster and revival.

There is no surviving record of the opening of the church but it was well established before the turn of the century. The church ‘disappears’ from the news until the disastrous bushfires of February 1922, which destroyed both the Methodist, and nearby St Wilfred’s Anglican church*.

The Daily Telegraph describes the fires in some detail:

“The township had been threatened by fires for two or three days, but the climax was reached on Sunday, when the residents were subjected to an anxious and hazardous time…. Hundreds of people, many of whom travelled good distances from neighbouring townships, were engaged in beating out and containing the outbreak to quarters where the least harm could be done. The Church of England and the Methodist Church were entirely destroyed by the flames, and only the strenuous efforts of the helpers saved what furniture they contained. With difficulty the State school was saved, but a three roomed cottage…was destroyed… [and] yesterday morning sparks from burning trees ignited the stables of Mr. G. Sulzberger and resulted in their demolition…a horse in the stable…was brought through a ring of fire to safety…”

The Methodist community quickly rallied and by June 1922 a new church was opened:

“On Sunday, June 4 the Methodists had a great day in the opening of their new church, which has been built over the ashes of the old building, which had served them well for the past 25 years or more…It is a nice little building, somewhat larger, and in every respect superior to the old one. It does them great credit both for its appearance and the energy displayed in getting it built”.

Having recovered from one bushfire, the church came very close to being destroyed by another in 1934. The Hobart Mercury reported that:

“Flames passed through the church yards and blackened the tombstones in the cemeteries adjoining. Smoke and flames marked the walls of the Methodist church, the fence around which was destroyed”.

While the church had survived the flames, this was to be only a respite. A decline in the population at Tunnel ultimately sealed the church’s fate. Fortunately, it did not fall into disrepair and disappear like so many other timber churches. Instead, it found a new life and was moved to Lilydale where it became a hall for the Methodist church in the town. The last reference to the Tunnel church is made in a report in the Examiner in August 1949:

“Takings at the annual Lilydale Methodist fair amounted to  £108, which is believed to be a record for the town. [A] portion of the money will be used to help finance the removal of the Tunnel Methodist Church to Lilydale for use as a Sunday School and hall. It is expected that the work will be completed by November this year”.

The church has been at Lilydale for nearly 70 years, which is a longer period than there has been a Methodist church at Tunnel. But given the stories of its founding and survival, it will always be remembered as the Tunnel Church.

Photographs from the Tunnel Cemetery 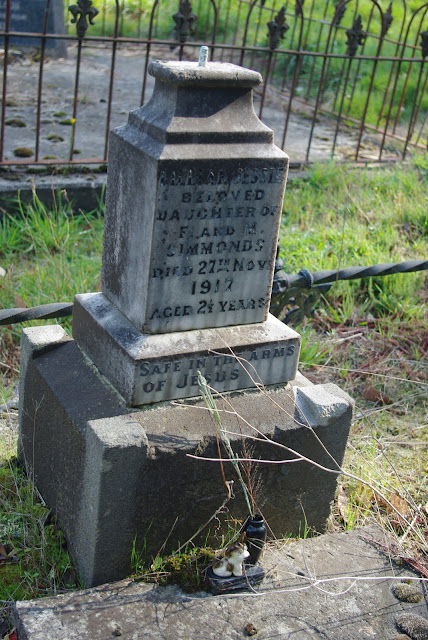