- May 31, 2018
The 50th Jubilee celebration of the Methodist Church at Forth in 1925 was a memorable event for the town. The Advocate reported that it was:

“…Attended by the largest crowd that has assembled at Forth for many years…Services were held at 3 p.m. and 7 p.m., but the largest congregation was in the afternoon. The building had been provided with extra accommodation, but this was all occupied 20 minutes before the time of starting…”

The size of the congregation continued to grow to the point that an “open air service was decided upon”. The seats were removed from the church and the service was conducted from “one of the numerous motor cars nearby” to a crowd of some 350 worshippers.

The extent of the crowd was an acknowledgement that Forth had at one time been an important centre in the expansion of the Methodism across the North West Coast. Methodist and Wesleyan activity began in 1853 at Don and gradually extended westwards. The first service on record in the Ulverstone area was at the home of James Brown at Forth Beach in 1856:

“The service was to have been taken by Mr. Locke, but he missed the track. In his absence a service was read by Mr. Mulligan. This Mr. Mulligan was the first class leader at Forth, and leader of the singing, striking the tunes on his tuning fork”.

The first Wesleyan church Forth Beach was built in 1867. A church was later built at Forth itself. At the Jubilee celebration 1n 1925 it was recounted that:

“The first services at West Forth were held in Mr. Bonner’s house and afterwards at Mr. Hippers. When Mr. Bonner’s new coffee palace was erected the services were held there for the next seven years.”

In February 1875 the Forth church was officially opened. Reverend Robert Philip delivered the morning dedication sermon, while in the evening, the congregation was “favoured with the Rev. Joseph White from Launceston, who delivered a very impressive discourse…”

A feature of the opening of the church was a lecture given by Reverend White on “Fiji” which a report in the The Tasmanian described as “interesting and at times very amusing”. Lectures and ‘lantern lectures’ were a popular form of entertainment and of fundraising among Methodist communities. A review of newspaper reports from the period reveal that a wide range of subjects were popular with congregations. Lectures and lantern shows were an important source of information about the wider world. While presentations were educational they could also shape perceptions and reinforce prejudices. A lecture given by Reverend Greenwood at the Forth Church in 1880 on the ‘Friendly Islands’ gives us an insight into how information was delivered and received:

“Rev. H. Greenwood delivered his very amusing and interesting lecture on his six years of life in the Friendly Islands. The audience in numbers was not such as the trouble taken deserved, the lecturer having taken a lot of trouble in arranging in the Hall an exhibition of Tongan manufactures and utensils in the way of mats, cloth, waddies, model canoes, etc., etc. The audience, numbering about 90, were evidently very much interested and amused, being at times during the lecture convulsed with laughter. The lecture was brought to a close by a practical illustration of a Tongan mother putting her child to sleep, which, to use a common phrase, fairly brought down the house”.

Two years earlier, in 1878, Reverend Ralph Brown presented a lecture “Heads and Faces” to the Forth Methodist congregation. This was reported in Cornwall Chronicle but a more detailed account of the same lecture held at the Paterson Street church, was recounted in greater detail by the Launceston Examiner:

“He would first say that “Heads and Faces” was on what is known as physiognomy and phrenology. He made no pretensions to being a scientist, but had made observations of the peculiarities of men and women. From a lad of 10 years of age he had judged people by their different peculiarities by which he judged character…. Another very valuable trait was the selecting of trades for children by these means; also, the choice of wives and husbands might be so regulated. In fact, phrenology was the watching of character and proving it. Phrenology had been pooh-poohed from various sources, and for many reasons. Bad men opposed it, because they were afraid of their evil natures becoming known. Again, Christians were also sometimes afraid of its opposing the Bible, but he would submit that phrenology was perfectly in accordance with revelation. What was written in the book of nature was also written in the Book of God….”

Reverend Brown went on to provide a demonstration to the audience:

“Some people refused to believe in phrenology, because they could not find bumps all over their heads like so many potatoes, so believed that the brain was one round body… Some extremely extraordinary instances of the lecturers powers as a mesmerist were related, after which he stated that any one desiring a chart with a phrenological description of the head could purchase them after the lecture,… the price being 2s 6d each, in order to defray expenses. Six gentlemen then went on to the platform, and their organs were described by Mr. Brown…”

Lectures and ‘lantern lectures’ covered an enormous range of topics, connecting Tasmanians to the world and often through a colonial lens. Topics ranged from ‘Livingstone’s Track in Central Africa’ to ‘Customs of the Indians’ or 'Triumphs of the Gospel in Heathen Lands.' A search of Trove brings up over 8000 news reports about lantern lectures in Tasmania alone. The titles of these give a unique insight into the values and attitudes of these communities as well as their hunger for knowledge. The three examples from the Methodist church at Forth would be typical of the experiences of Methodist and other communities at this time.

By the time of the Forth church’s 50th Jubilee in 1925, lantern shows were on the wane with the rise of the cinema and radio and other new forms of entertainment. The impressive crowds at the 1925 Jubilee services mark the high point of the church at Forth. In fact by 1925 the church had been without a resident minister for some years as the centre of the Methodist circuit had shifted to Ulverstone.

As congregations have shrunk, small towns such as Forth have been vulnerable to church closures and the church has long been closed and sold to be converted into a house.


The Old Methodist Cemetery at Forth 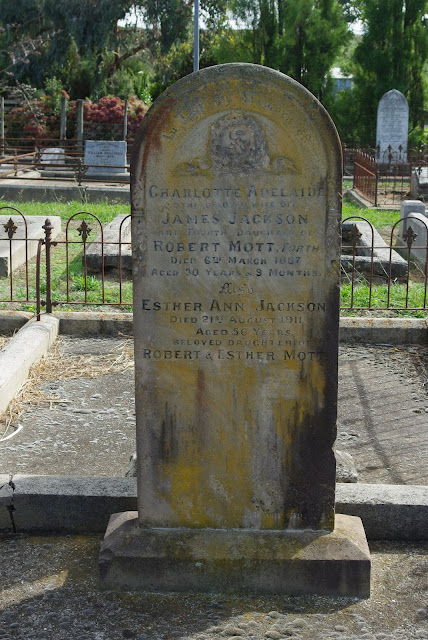 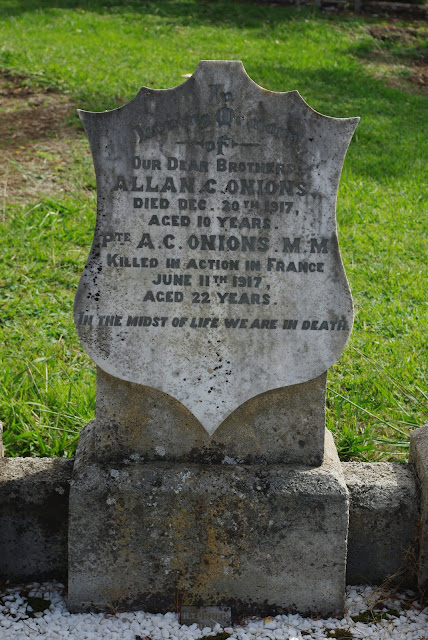 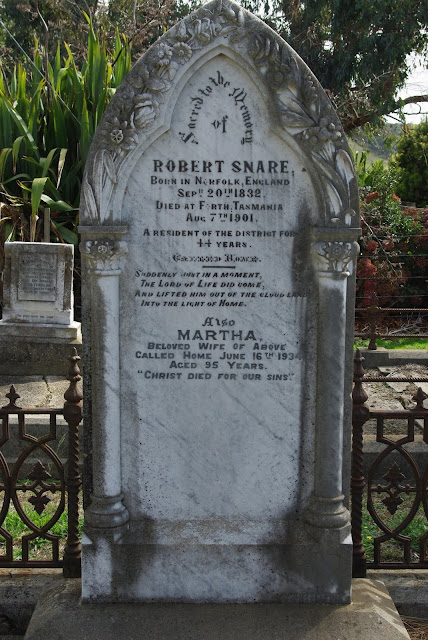 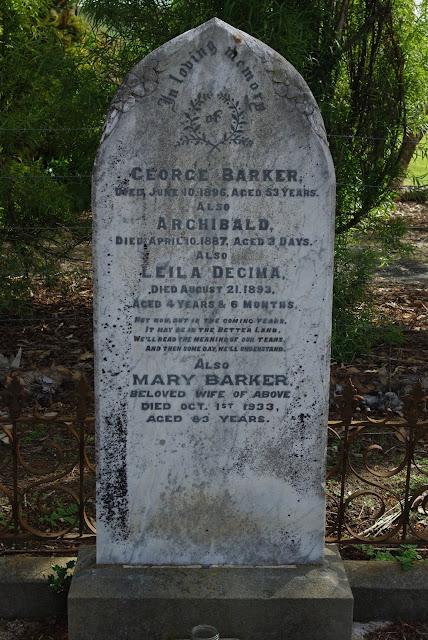 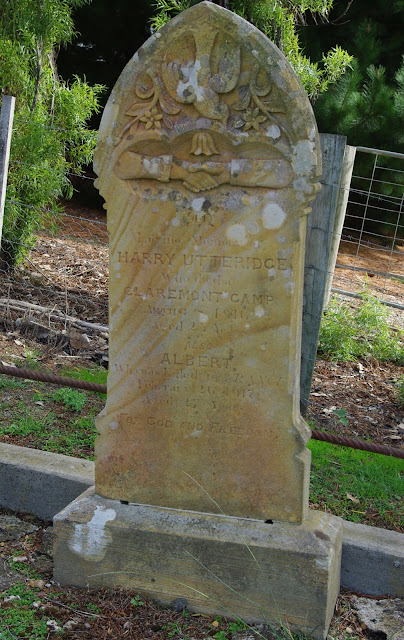 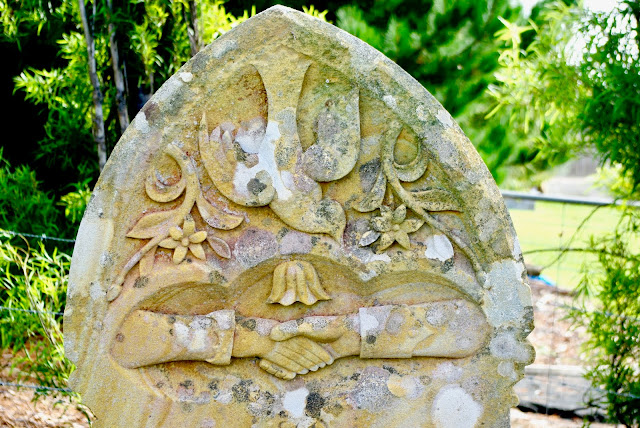