- May 18, 2018
The foundation stone of St Peter’s was laid in March 1867 by Thomas Reibey, Archdeacon of Launceston (and later Premier of Tasmania). The only report of the event comes from the Launceston Examiner.  However, the Examiner's Fingal correspondent seemed to be more interested in the proceedings of the 'tea meeting' following the ceremony than the actual stone-laying. Nevertheless the correspondent’s account of this is somewhat amusing:

“After the conclusion of the ceremony, the public generally proceeded to Mr. Carter’s store, where the handiwork and thoughtfulness of the ladies were abundantly displayed in the shape of sundry good things for the inner man – not to say woman. The store was speedily filled by those who were anxious to further the object of the meeting, and in all about 170 persons paid 1s. a-piece for the privilege of partaking ad libitum of the good things of this life. Great skill was shown in the decoration of the store….Mr Thomas presided at the harp, and treated the company to a performance worth considerably more than the entrance fee…”

But the stone-laying ceremony was not entirely overlooked by the ‘correspondent’:

“…I forgot to mention that subscriptions to the amount of £10 15s were laid on the stone which together with the money realised from the tea meeting…will give a total of £31”.

The correspondent’s report ended with a small confession:

“This is of course but an outline of the day’s proceedings, for my occupation at the time prevented me from being an eye-witness to the whole of the ceremony”.

In 1869, as the church was approaching completion a report in The Tasmanian offered the following description of the new building:

“It is built of the fossiliferous limestone so abundant in the district, with freestone dressings and reliefs. The style of architecture is pure Gothic… It has a nave of 45 by 21 feet, a chancel 17 by 13 feet, and a vestry of 12 by 10 feet, with a small entrance porch on the northern side of the building. The western extremity of the roof is surmounted by a small gable turret, the stone of which, as well as that round the doors and windows, is worked in a very neat manner. Inside, the roofing is open sheathing, supported by five principle rafters, fixed on stone corbels, the whole of which, when stained, as is intended, will have a very beautiful effect”.

In September 1869, the Examiner reported on the ceremonial ‘licensing’ of the church. Once again Archdeacon Reibey officiated at the ceremony. In his sermon he stressed the importance of having a “suitable house of God” so as to “show our love for God and his works”. Reibey believed that:

The Reverend Chambers, who had led the building committee, had a slightly different view saying:

“He would not like to undertake the building of another church, and no one who had not been tried, could for a moment understand the trials and difficulties which beset the building committee.”

He concluded with the hope that:

Both Reibey’s belief that a building could reflect “love for God” and the Reverend Chamber’s hope that a “beautiful House of God” would encourage attendance of services, has not stood the test of time. As rural congregations have dwindled to a handful of the faithful, St Peter’s will join the list of churches that will permanently close and be sold off.

The issue of abandonment is not a new one. A report in the Daily Telegraph in September 1900 noted that the Church of England cemetery at Fingal had “been in a state of wilderness for years” and was a “disgrace to the township”. The report acknowledged that the “rank undergrowth, briars, and other rubbish are [now] being removed”. However it has reverted to a "wilderness" state which confronts a visitor to the cemetery today.

On the other hand enormous expense and sacrifice has gone into maintaining and improving the church. In 1924, Bishop Hay dedicated two beautiful stained glass windows donated by the Clerk family. One of the windows placed in the sanctuary, is to the memory of Blanche Isabel Outhwaite, the daughter of Robert Clerk of Fingal. The second window, on the north side of the church is in memory of Captain Robert Vere Clerk, “killed in action at the head of his company at Gallipoli in June 1916”.

It is disheartening to think that the “personal and pecuniary sacrifices” made by earlier generations to build the church, install its windows and maintain its cemetery will soon pass into history. For a while, its stories and memories will remind us of what has been lost. 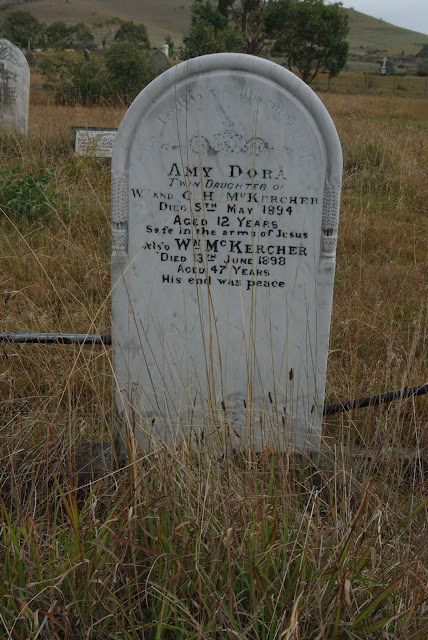 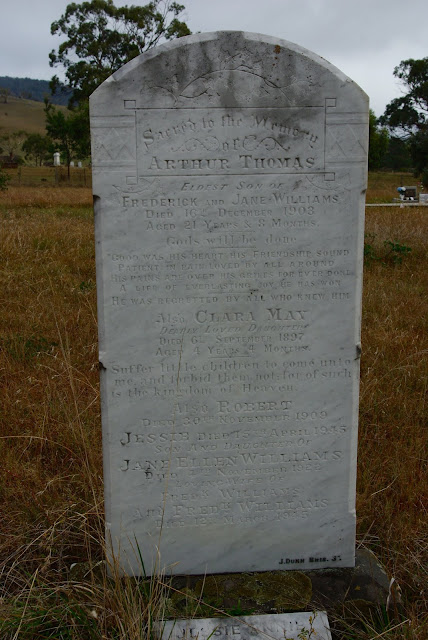 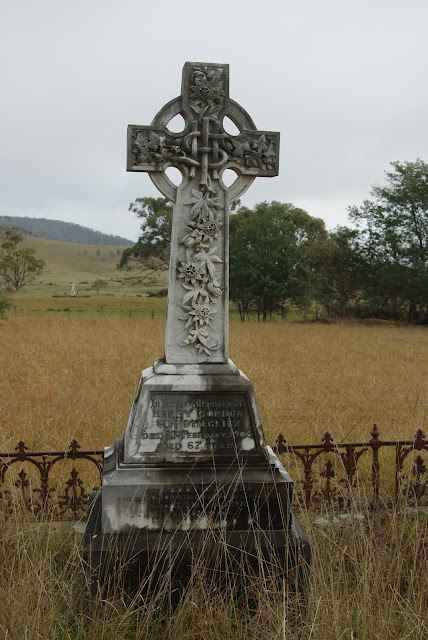 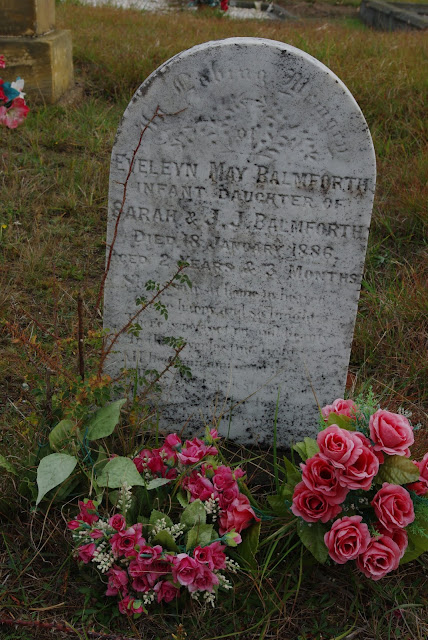 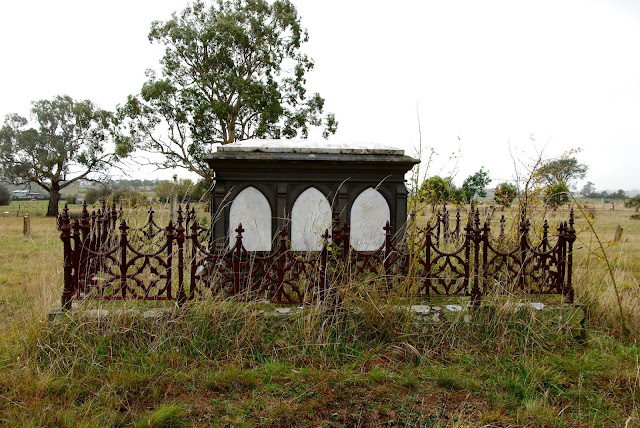 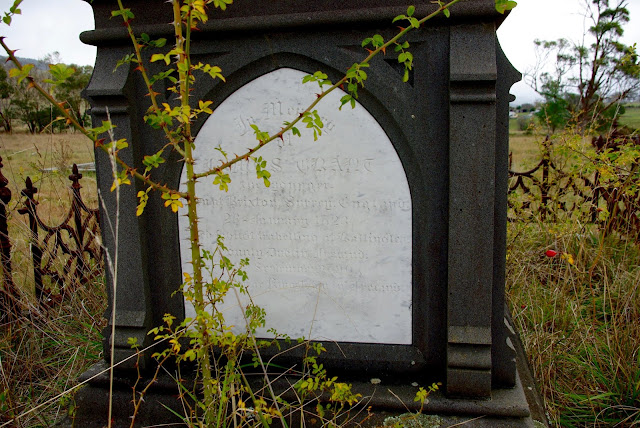 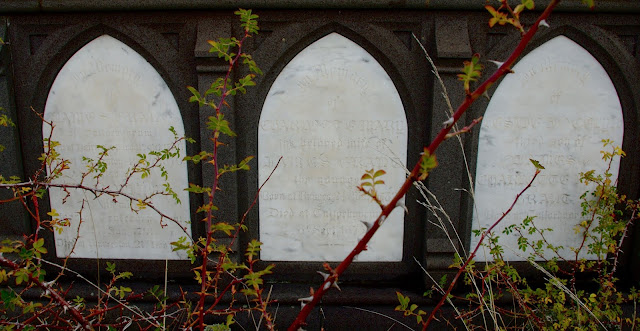 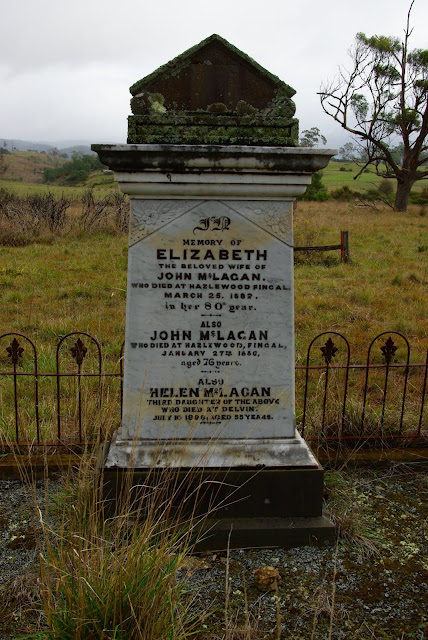 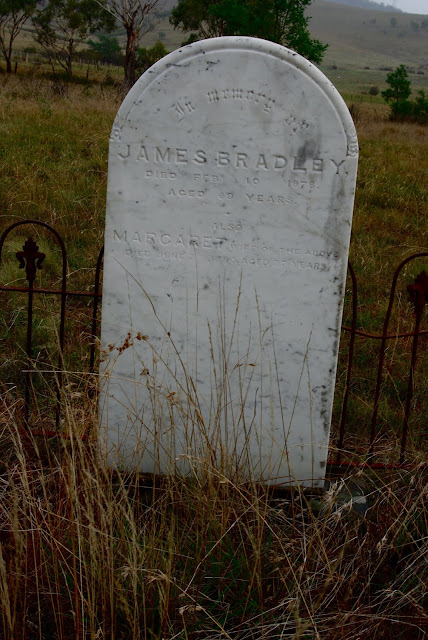 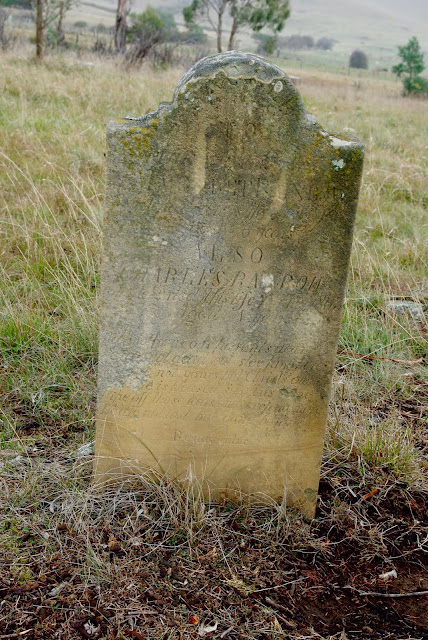 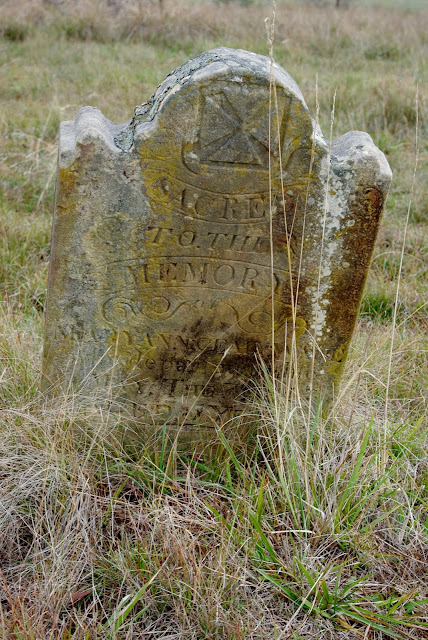 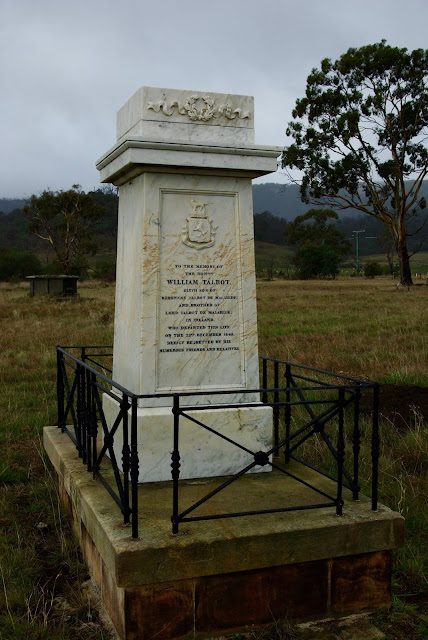 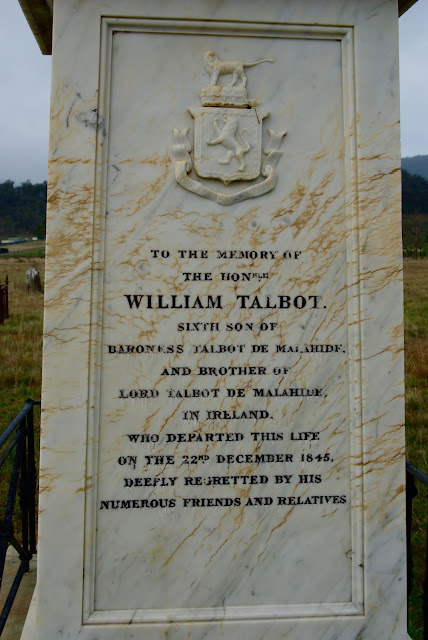 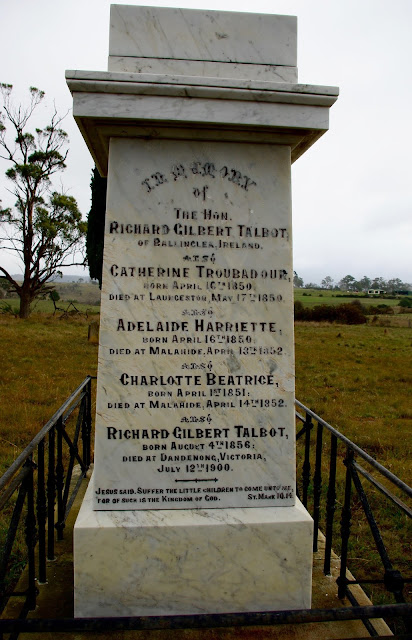 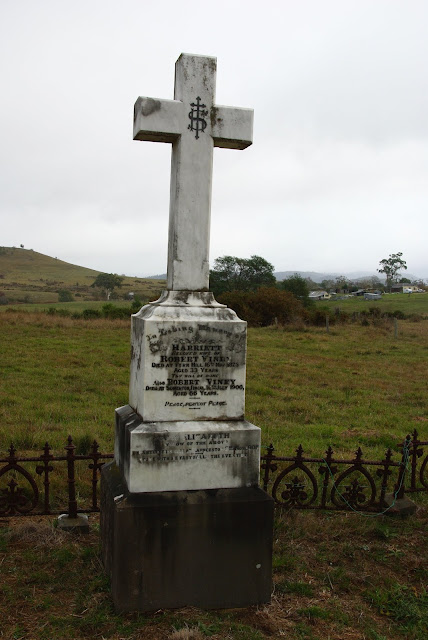 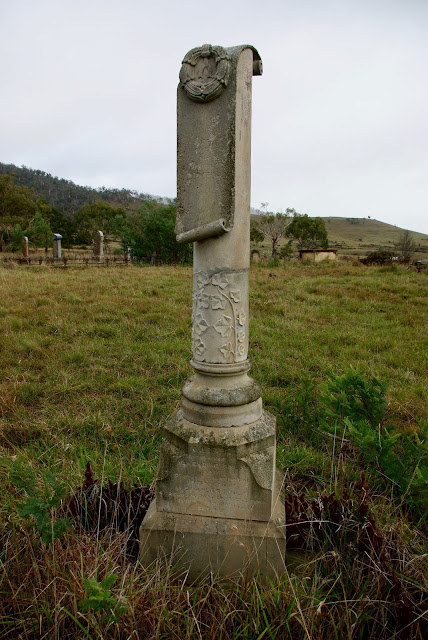 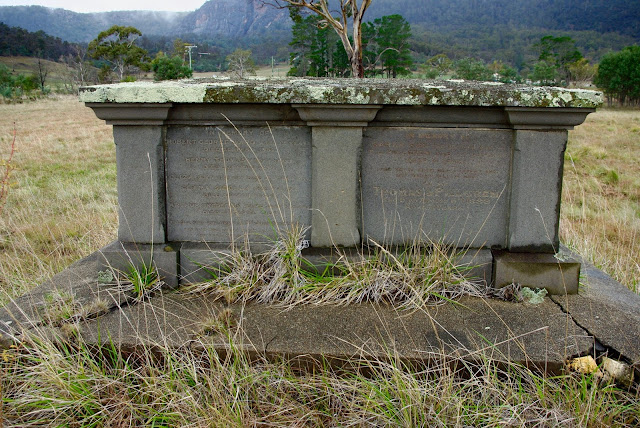 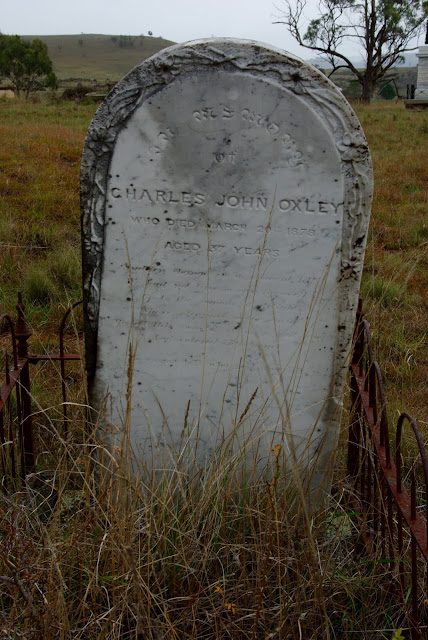 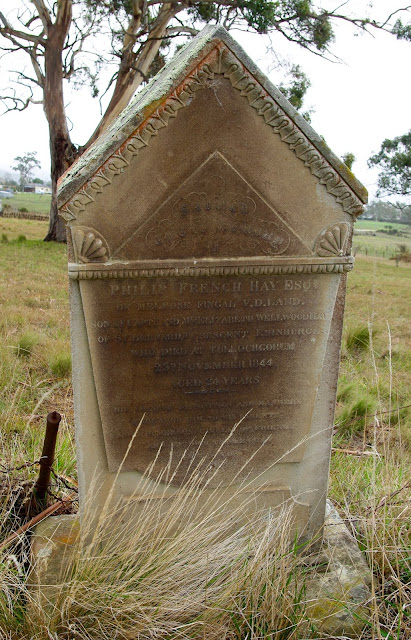