No. 185 - Former Winkleigh Methodist Church - 'All the Apothecaries in Tasmania'

- June 30, 2018
Built in 1891, the Winkleigh Methodist church was removed to nearby Exeter in 1951 for use as a hall and it now stands behind the Exeter Uniting Church.

The Wesleyans were active in Winkleigh in the1860’s sharing a church with the Presbyterians that had been built by Thomas Stonehouse for use by “no particular sect”. By the 1880’s Stonehouse’s church had fallen into a state of disrepair and an issue of ownership of the land further contributed to the ending of the collaboration between the two denominations. The somewhat partisan Winkleigh correspondent for The Examiner agitated for the construction of a new church:

“A short time ago it was mooted in my hearing that it (the church) was likely to go through repair shortly. Ah, I think it will not be advisable to try that, because it is sure to be a failure. I defy all the apothecaries in Tasmania to compound a dose sufficiently nutritious to place that chapel in a state of convalescence. It was past cure long ago; it is riddled with disease. It is suffering from disease of every class and in every stage – diseases inwardly and diseases outwardly. No, if we can’t build a new church, let us cling firmly to our despicableness in the hope that we may thereby attract from some genial clime a philanthropist to build one for us”.

In fact, two local ‘philanthropists’ had established this old ‘diseased’ church. The same correspondent for The Examiner recounted how this had come about:

“About twenty years ago a very highly respected neighbour, Mr. J. Brown, who has long since bid “ta ta” to Winkleigh, and went to seek fresh fields with pastures green, presented to the people of Winkleigh one acre of land for a church site, …upon which Mr. Stonehouse erected a church. The gift was effected, but no transfer made at the time, and, as is generally the case in such matters, procrastination crept in, and there the matter was allowed to rest year after year up to quite recently, when the parties… concerned (Mr. Brown and Mr. Stonehouse) have thought it advisable to have the transfer of the land duly consummated. During the past few weeks the ground has been measured, the transfer signed, sealed, and delivered”.

“On Tuesday evening a public meeting was held for the purpose of taking into consideration the advisableness of building a new church, jointly between the Presbyterians and Wesleyans. The attendance was very fair, and the majority fully in favour of setting about building a church, or at least raising funds for that purpose at once; but a few Presbyterians were present who have set themselves dead against the movement, and the unpleasant discussions which arose in consequence greatly militated against the success of the meeting. A committee was formed to take a tour round the vicinity, and if sufficient encouragement is forthcoming the matter will be proceeded with, but if much contention is met with the congregations will have to divide”.

In the end, rather than renovate the church, the Presbyterians decided to build a church of their own. The two denominations split amicably as reported in The Tasmanian in June 1887:

“At last the Winkleigh church property has been finally and forever settled. Since my last communication the joint trustees met and for the sum of 5 s[hillings] the property was duly transferred to the Wesleyans. At the dissolution of the trust the best of goodwill prevailed; none of the ex-Presbyterian trustees would take charge of the 5 [shillings], so the Rev. H. S. Anderson, on behalf of the Presbyterian Church, did so, and subsequently gave the amount to the newly appointed Wesleyan trustees, to go towards the repair of the old church. The Presbyterians are still to be permitted to use the building, until they can succeed in getting their new church built”.

By 1888, the Presbyterians were successful in building and opening their new church and the Wesleyans soon followed suit with plans to construct a new church of their own. By early 1890 the Wesleyans had made progress with this which the same Winkleigh correspondent for The Examiner reported and confessed:

“I don’t know whether I have told anyone this secret before, but I confess I like the Wesleyans…. Ever since Winkleigh was Winkleigh…the Wesleyans have occupied a prominent position in the vanguard of the army of those who, under much self-sacrifice, have indefatigably prosecuted their labours of unfolding the news of salvation to those partially deprived of the privileges favouring the more important civilised centres… About six months ago the subject of building a new Wesleyan Church was submitted to consideration, approved of, and a committee formed, who in cooperation with a few staunch helpers…went to work with a will, and by public subscriptions raised a fund of about £160…. Messrs J. and T. Gunn at this juncture kindly presented plans and specifications of a very nice suitable building…. The foundation has been constructed, and on Thursday, the proverbial stone was pronounced well and truly laid by Mr T. Stonehouse”.

On the 24th May 1891 the Wesleyans finally had their own church. The opening was attended ‘by 200 persons’ and collections enabled the building to be opened free of debt. The old ‘Stonehouse’ church was then used as a Sunday school building. Thomas Stonehouse died shortly after the opening of the church and was buried in the Supply River cemetery.

The Wesleyan and later Methodist church had a relatively short lifespan as the population of the district declined after the turn of the century. The church was closed for a number of years in the 1920's but reopened briefly, and celebrated its golden jubilee in 1941.  A decade later it closed permanently and was moved to Exeter where it still stands today hidden and almost forgotten. 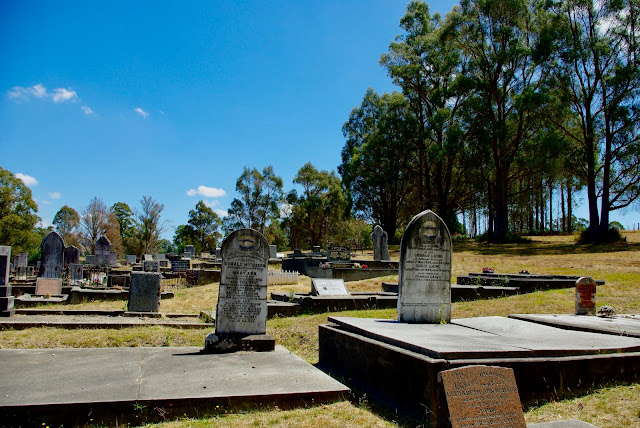 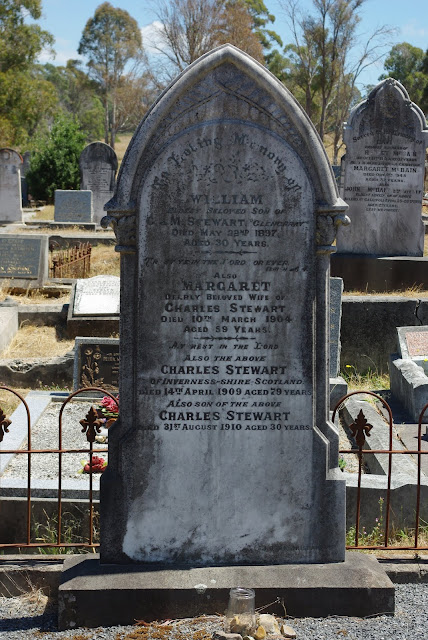 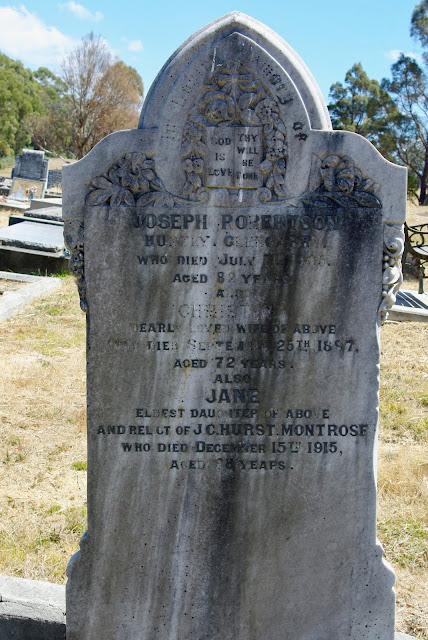 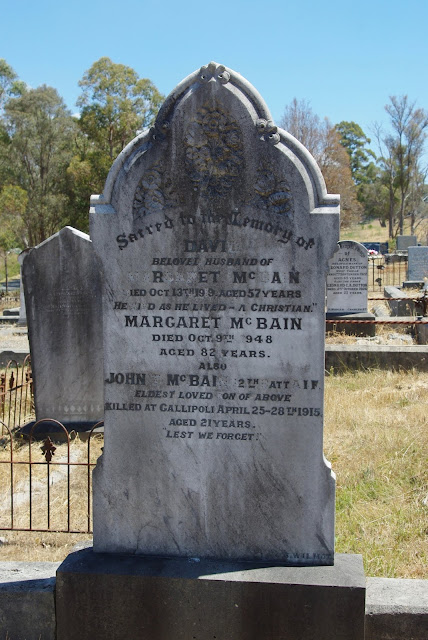 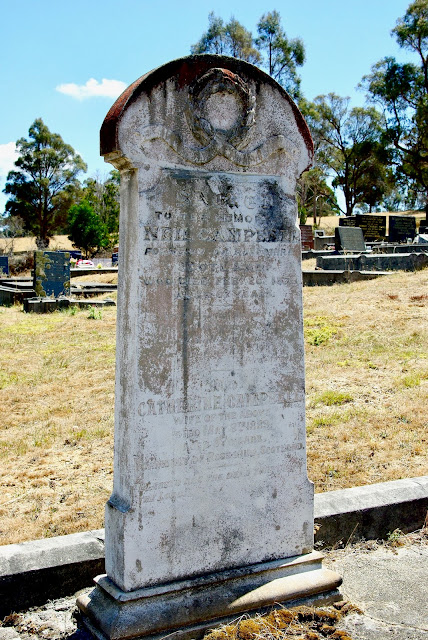 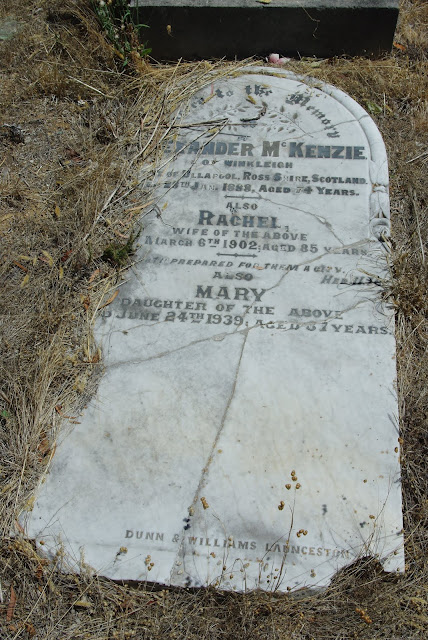 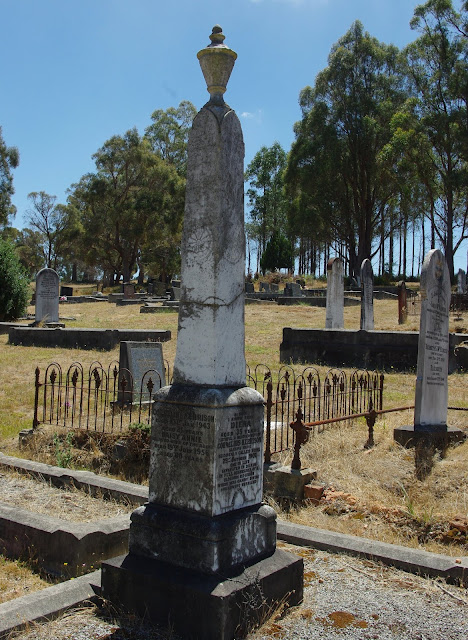 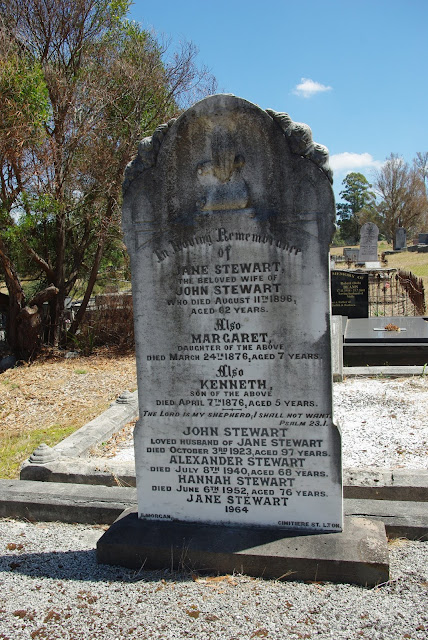 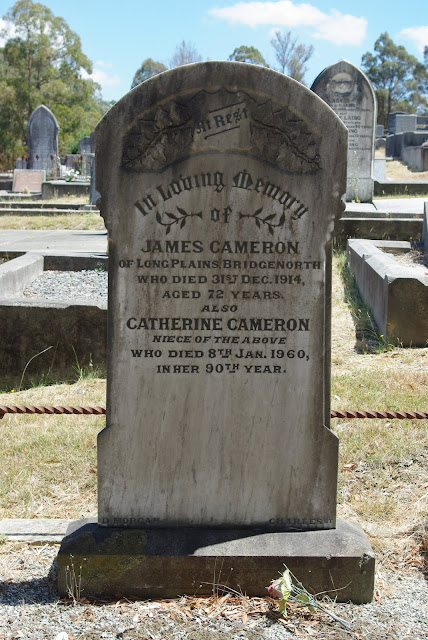