- June 15, 2018
The first Anglican church at Deloraine was a wooden structure built in 1845. Bishop Nixon laid the ‘foundation stone’ for the church in May of that year. The Bishop’s visit was not without incident. Nixon had opened a church at Port Sorrell and then sent dispatches on to Deloraine before proceeding to open the church there. Nixon’s dispatches arrived safely but only by virtue of a minor miracle. The Hobart Courier reported that:

“A constable, named Baldwin, … [was] stopped in the bush on Friday evening by two armed men. He was on his way from Port Sorell to Deloraine with despatches from Bishop Nixon, and was met by the men in question about eight miles from Deloraine. They stripped him of his coat, waistcoat, shirt, and boots, leaving nothing but his hat and trousers. The despatches were in the hat and arrived safe”.

“On Friday the Bishop assisted by the Rural Dean, the Rev. John Bishton… laid the foundation of the Church and school house at Deloraine. The contractor has agreed to complete this building within three months”.

This church was duly completed but was soon to be replaced by a more substantial structure.

In 1856 William Bonney donated land for a brick church to be built on a new site. The foundation stone was laid on 11 March 1856, once again conducted by Bishop Nixon, but this time without any incident.

The church was completed in March 1859 and was opened by Archdeacon Reibey as Bishop Nixon was recovering from an injury:

“There was a large attendance of residents in the neighbourhood. The Revds. Messrs Irwin, Hales, and Chambers, assisted with the Rev. J. M’lntyre, the minister of the place. The Archdeacon preached and the communion was administered”.

Bishop Nixon returned to Deloraine to consecrate the church in March 1860, again without incident, although the Hobart Mercury mistakenly reported that the church was to be dedicated to St Martin.

Over the years the church has had many additions and improvements. In September 1860 a pipe organ was installed and in 1878 a new chancel, sanctuary and north transept were added to the design of architect William Henry Clayton. The church’s original roof was shingled, as was its spire. In 1927 this was replaced with copper tiles in a pattern similar to the spire of St James church in Sydney. The church bell has an interesting story:

“Two bells were imported from England on the same ship, one to go to the Carrick Church and one to Deloraine. Through some mix-up on board ship, the bell despatched for Carrick arrived at St Mark’s and the bell for Deloraine went to Carrick”.

Another feature of the church is its fine stained glass windows. The stained glass in the east window was made by Melbourne-based stained glass artist William Montgomery in 1909 to commemorate the Church’s Golden Jubilee. The west window was donated by the Cresswell family, one side in memory of a son killed in World War One and the other side as an offering for the safe return of another son.

A cemetery lies on the south side of the church and many substantial headstones mark the lives of prominent members of the Deloraine community. One of these caught my eye due to its unusual inscription:

Sixteen year old Katherine Ledwell’s death was the result of a shocking murder known as the ‘Cheshunt Tragedy’. The incident was covered extensively by the Tasmanian press and also received considerable attention nationally. The details of the murder were spelt out sensationally in press reports which modern sensibilities would find quite confronting. The essential details of the incident are as follows:

Katherine Ledwell was the daughter of ‘selectors’ on the Cheshunt Closer Settlement. Her body was found “lying on her back, with her clothes disarranged, and she had a bunch of pansies in her left hand”. Her hat had been pulled over her face, concealing a massive gunshot wound to the back of her head.

A 19 year old youth, Joseph Belbin, a farm labourer, was arrested for the murder. The event shook the Deloraine community:

“There was considerable excitement at Deloraine when news of the arrest became know. Much satisfaction was expressed at the apparent clearing up of the mystery which surrounded the tragedy. A large crowd awaited the arrival of the accused at Deloraine but there was no demonstration”.

Belbin claimed that the shooting was accidental. He stated that he had asked for a kiss. Katherine had refused and he had put her arm around her shoulder. In the struggle that ensued, the gun that Belbin had been carrying had “somehow caught in something” and went off, killing Katherine instantly.

The details of the inquest revealed a very different story, which was that of a young man who was clearly disturbed and showed predatory behaviour. [see links below] Joseph Belbin was tried for wilful murder and was sentenced to death and executed. He was hung on 11 March 1914, less than 6 months after the murder. This was the first execution in Tasmania for a period of 20 years. Before his execution Belbin confessed to his mother that he had wilfully shot the girl and that he “must have been mad to do it. He had felt it coming on him for days”.

The death of ‘Maggie Ledwell’ provoked an outpouring of emotions, mainly of anger and grief. A fund was established for the erection of a public memorial for ‘Maggie’. The proposed memorial became somewhat controversial and dozens of letters were written to newspapers regarding the size and appropriateness of a memorial and to where it should be placed. The fund was closed prematurely by the memorial committee, perhaps uncomfortable with the generous amounts donated from across the State. Joseph Bilbin’s mother contributed 10 shillings for the fund as a mark of contrition. In the end it was decided that a relatively simple monument should be erected and the remainder of the money be given to the Ledwell family.

Mrs Ledwell chose the memorial from many submitted designs:

“The stone is of white marble, as follows: - The top is the figure of an angel, clinging to a cross, and holding in her right hand a bunch of flowers”.

“By procuring a memorial, such as we have, we shall not only honour the girl, but keep down the old feeling of horror which clings to the sad affair”.

An article in the Hobart Daily Post suggested another kind of memorial:

“She calls to us from the other world to protect more effectively the young women and little girls who are still with us. Our sympathy and protestations will be mere sentimental froth if from this tragedy there does not grow the determination to safeguard better the honour of the girls of Tasmania. Shall we erect a stone to Maggie Ledwell’s memory and let the evil which was attempted on her go unchecked? Of all the wrongs which cry out for redress, this calls with the loudest and bitterest voice”.

Links to the 'Cheshunt Tragedy': 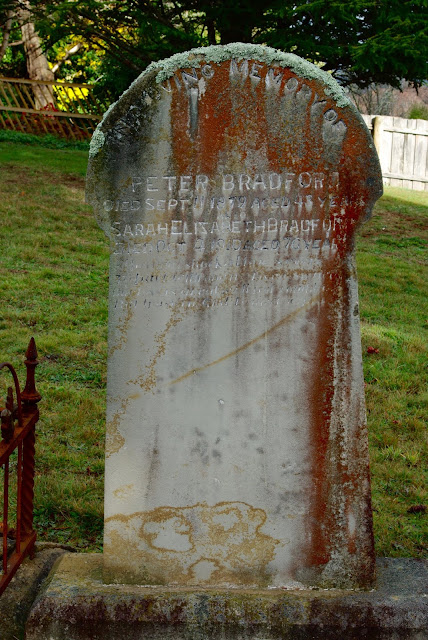 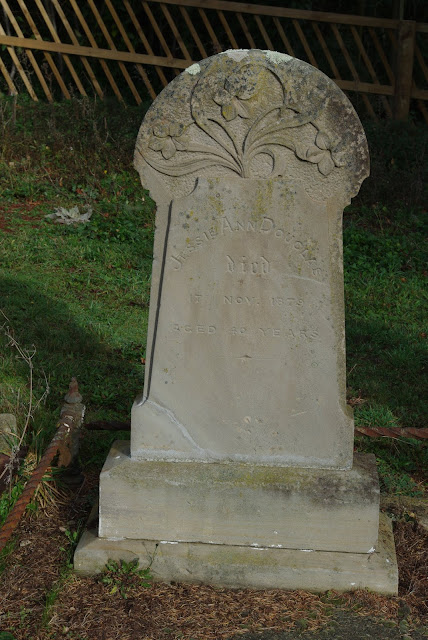 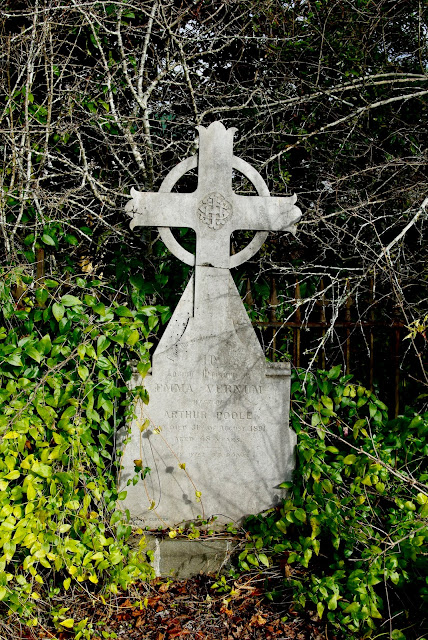 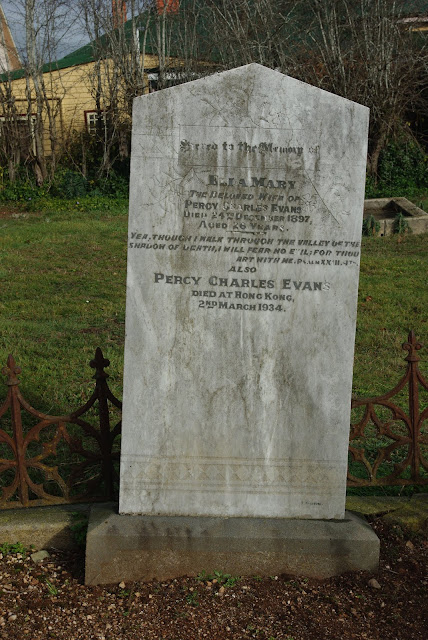 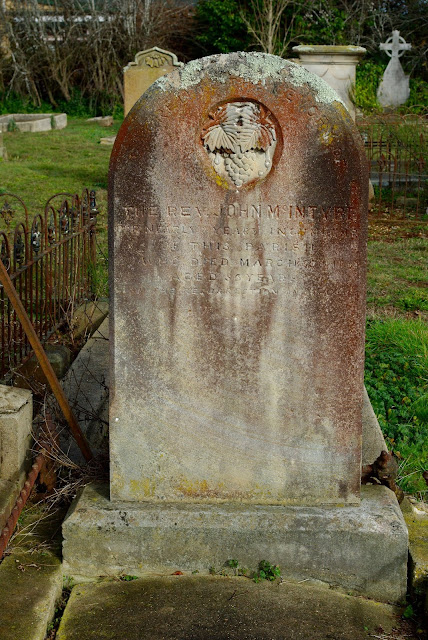 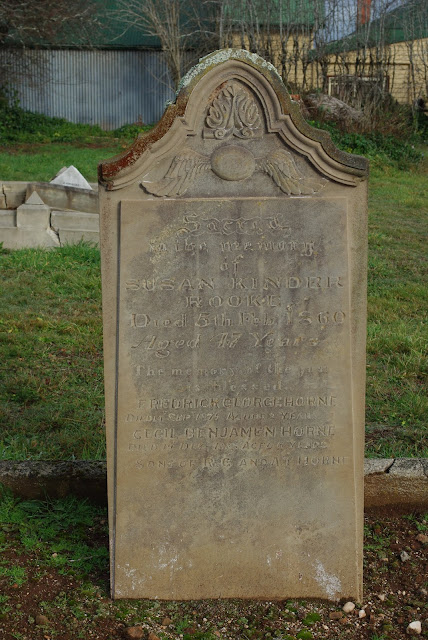 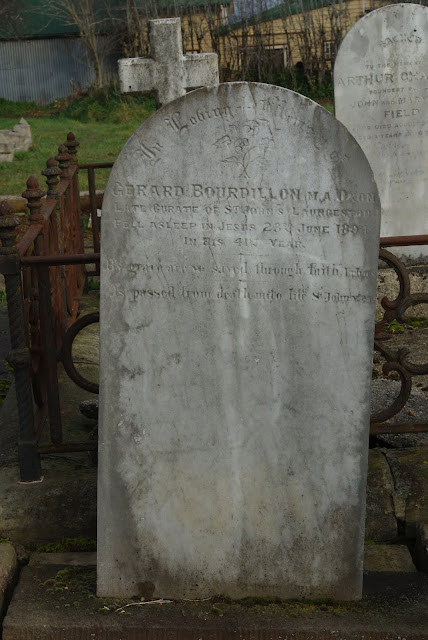 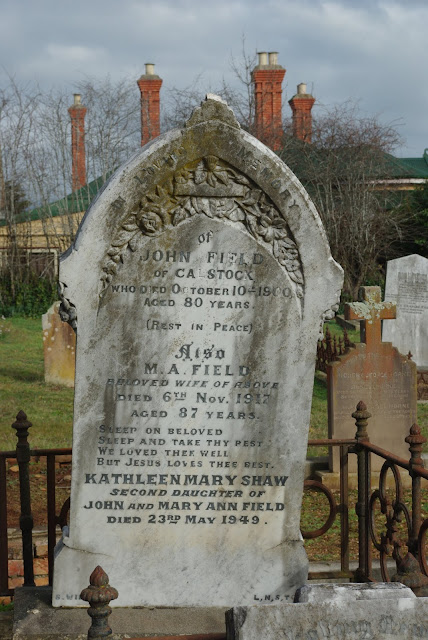 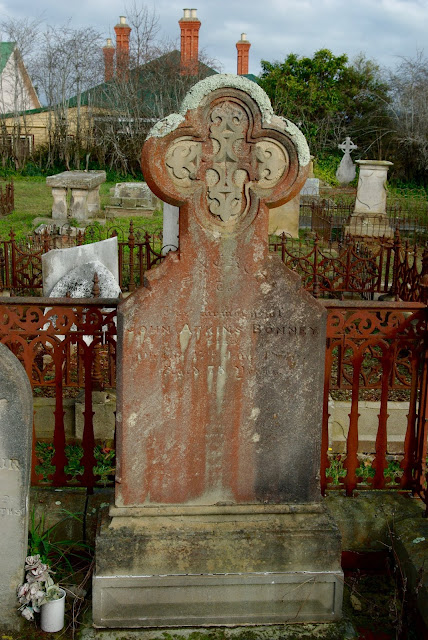 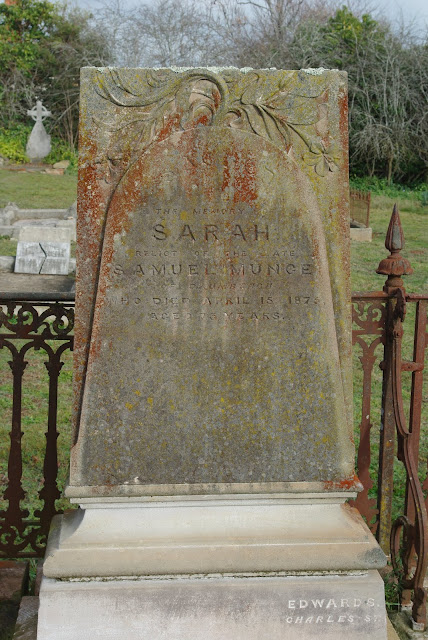 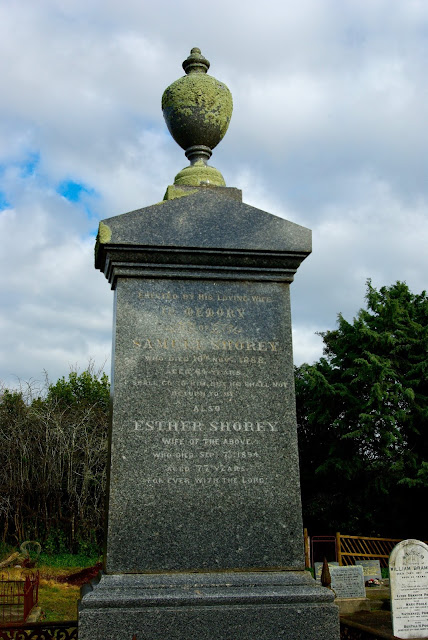 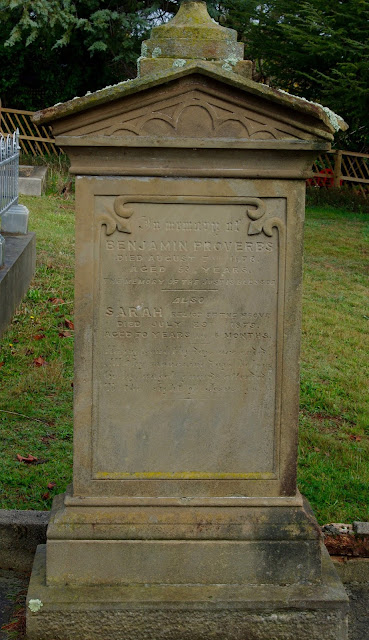 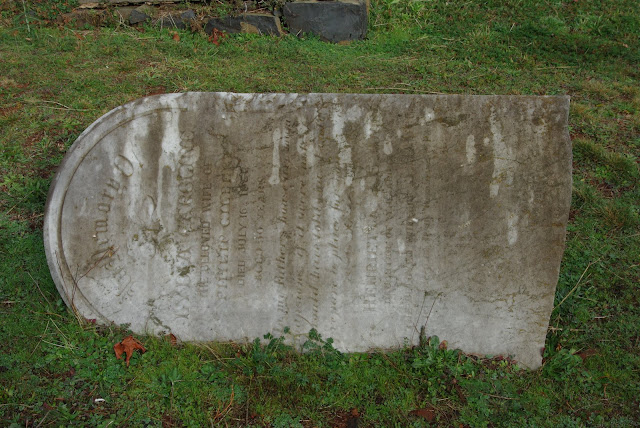 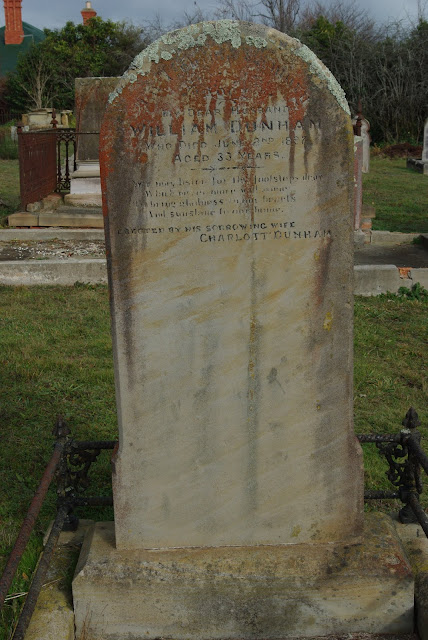