- June 04, 2018
When researching a church's history, a story often quickly emerges: a colourful character, a controversy or perhaps a mystery of some sort will present a thread to be woven into a narrative. The old Wesleyan chapel at Turner’s Marsh does not have an unusual or remarkable history. But it is the very ordinariness of this church's which brings it to life. The story of the church and its people are recorded in great detail in correspondents’ reports about picnics, fundraisers, jubilee celebrations and funerals. These reveal a fascinating record of country life and the values and attitudes of a close-knit community. This short history will step through a handful of these scenes reported through the words of local correspondents who wrote for the Launceston press. The beauty of the language, the fullness of the characters; the voices and laughter and tears they recorded, effortlessly awaken the past in the following vignettes.

The Opening of the Church August 1879

“The place was the scene of a very pleasant gathering on Sunday…on the occasion of the opening of the Wesleyan Church for public worship. The event has been looked forward to with a degree of pleasure by a number of the inhabitants who filled the little building. The Rev. J.S. Greer came from Launceston, and preached the dedicatory sermon in the morning…and in the afternoon…to two very appreciative congregations, who listened with rapt and feeling attention….”

“The object sought was to a great extent successful. The ladies who kindly undertook to provide the creature comforts, did it as women always do, and their exertions were fully appreciated by all present…After partaking of the good things, the elders of the party indulged in social conversation, while the young people fell to running, jumping, and such like sports, as are most congenial to youth”.

"The anniversary of the Turner’s Marsh Wesleyan Church was celebrated on Sunday last…On Tuesday the usual tea and public meeting was held in Mr Barrett’s barn, which on Monday, had undergone, by use of cartloads of ferns and large bunches of flowers, a complete transformation at the hands of the young ladies connected with the congregation, assisted by Mr Thompson and Mr Foote, of Lefroy, whose good humour and overflowing heart, made him the magnetic centre of a small circle of ardent feminine admirers. The decoration being completed, an adjournment was made to the grass paddock, where the day’s labours were wound up by much innocent mirth, indulged in by young and old to their hearts content. The morning of Tuesday was fully occupied in preparing and laying out the abundant provision for the tea, and soon after noon the friends began to gather. About 2 o’ clock the Lefroy contingent, consisting principally of ladies, arrived in a large dray, drawn by two powerful horses….The attack on the tables soon began, and until 5 o’ clock the time was occupied in serving robust farmers, muscular miners, and mathematical quarrymen, avoirdupois business men, their wives, and sons, and daughters, and sweethearts, with sandwiches, tarts, cake, tea, etc…”

"The remains of the Welsh miner Thomas, were interred here on Sunday…in the ground belonging to the Wesleyans, there being no general cemetery here. The attendance at the funeral was large, and the burial was gone through in the Welsh language. It was heart rendering to hear the cries of the bereaved wife, and to see the children by her side at the open grave. I think it was nothing but right that a proper investigation was held to ascertain how the accident occurred”.

“The singing of the children was excellent, especially in the evening service, and it must have been gratifying to their instructor (Mr George Miller) to know that his labor had not been in vain… The church was very nicely decorated with ferns and flowers, which reflected credit on the inventive faculty and artistic taste of the young ladies and gentlemen who did the work… On Monday a picnic was held in a paddock lent for the occasion….There were a couple of cricket matches played during the afternoon, while others found enjoyment in a variety of games which were kept going in a lively and sociable manner till the shades of evening began to creep on, when the majority of those present adjourned to the church, where a concert was held. A long and varied programme of vocal and instrumental music and recitations was rendered in a pleasing and capable manner… special mention should also be made of Master E. Johnstone, a lad of some eight summers, who gave and excellent rendition”.

“Services were held in the church on Sunday afternoon and evening… The prizes were distributed in the afternoon, and it was surprising to see the beautiful and expensive books that were given to the scholars, and must be very gratifying to the children themselves”.

The Wesleyan and former Uniting Church is now only a vessel for the memories of the lives and stories of a world long gone. All churches and their graveyards are cultural and sacred spaces. Although this pretty church sitting high on a hill above the Piper's River no longer holds Christian services, it will continue to remind us of the lives once lived and lost in this beautiful valley.

The Cemetery at the Church
Photographs: Duncan Grant 2018 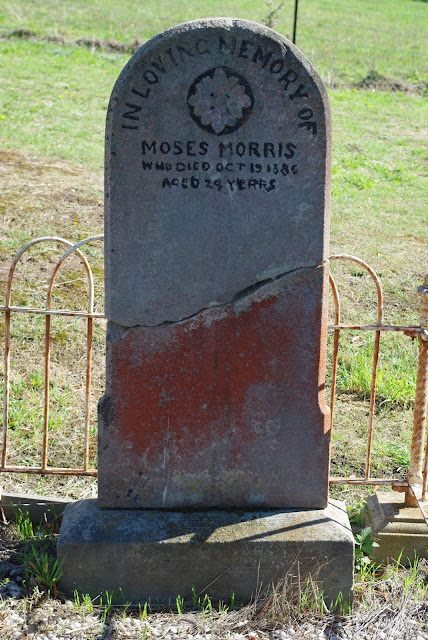 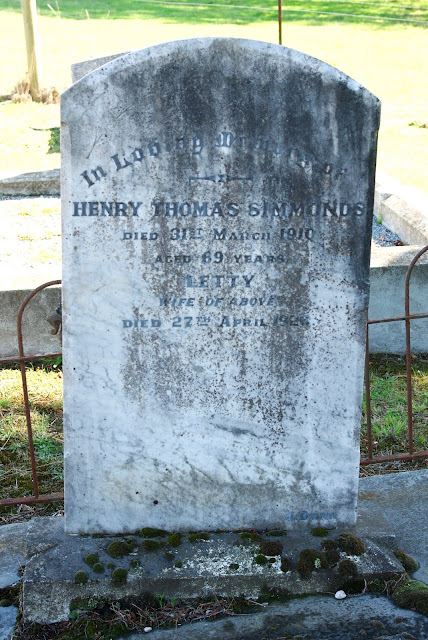 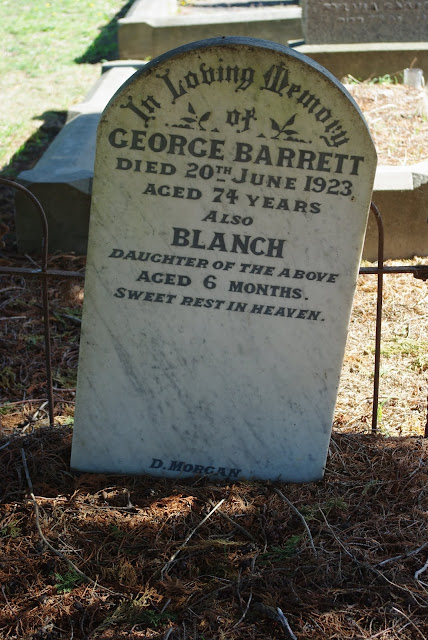 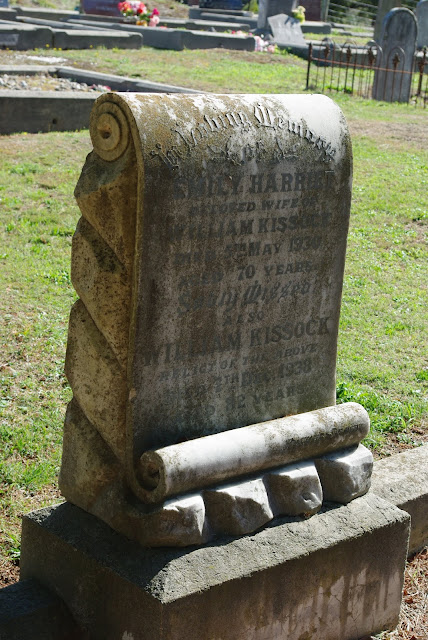 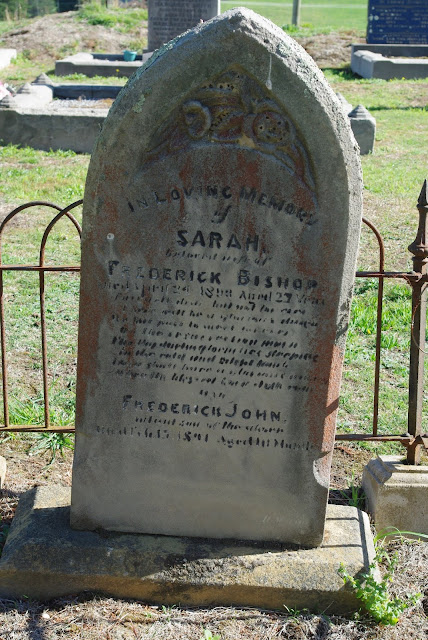 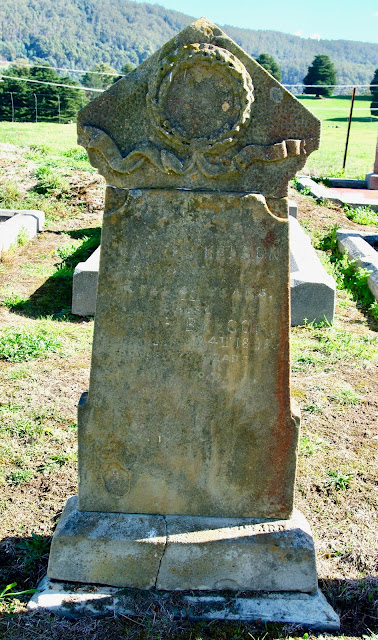