- July 05, 2018
In 1896 a ‘special reporter’ to the Hobart Mercury wrote the following description of Mangana:

“The township of this mining centre is situated in one of the prettiest little valleys in the colony, and with is flower clad cottages, its green meadows and surrounding hills, forms an enchanting picture of Tasmanian rural life… The village is situated five miles from Fingal Railway station… The population of the village is small, numbering only between 200 and 300, and chiefly comprised of women and children, the breadwinners of the families being employed at the Mathinna mines…. Indeed, for the jaded citizen requiring a rest in sylvan solitude no place could be better suited than Mangana”.

By 1896, town was in decline. Gold had been discovered at Mangana in 1852 and once the diggings became unproductive the gold rush proceeded on to nearby Mathinna. Although there was a small revival in mining activity at Mangana at the turn of the century, by 1930 the last mine had closed and the village went into a permanent decline. At the time of the 2016 census it had a population of only 36.

Mangana is best known for the Catholic Church of Our Lady of the Sacred Heart, also known as the ‘Cathedral of the Valley’. Much less is known about the Holy Cross Anglican church built in 1887 and consecrated in May 1888. The small weatherboard church is barely visible behind hedges and shrubbery. It sold and closed about 20 years ago has been converted into a house with recent extensions substantially altering its appearance.

There is only one reference to the church’s opening in 1888 which comes from the Hobart Mercury’s ‘County News’ column:

“A concert is to take place at Mangana on the 24th [May], and I hope it will be well patronised, being in aid of a small church building (Church of England), which has been recently erected by the inhabitants of Mangana and neighbourhood. Being a small community, great praise is due to them for the erection of a place of worship [in] the township. Bishop Sandford will consecrate the church on his next visit to Fingal, and will also hold a confirmation service there”.

A report on the church’s 50th anniversary was published in the Hobart Mercury in May 1938 and this provides a little more detail about the church's  establishment:

“It was founded mainly as a result of the work of Rev. G.F.M. Fielding, who was appointed to the parish [Fingal] at the beginning of 1887. He extended the work of the church to Mangana and Mathinna, and his first service at the former township was held in the State School about April that year. In a short time he had gathered together a faithful band of workers, and funds for the building of a church were obtained… Built of weatherboard, with iron roof, it was completed in about six months and on May 3, 1888, it was opened for Divine service and dedicated to the Holy Cross by … [the] Bishop of Tasmania…Rt. Rev. Dr. D. Fox Sandford”.

As a small country church Holy Cross did not often feature in the Tasmanian press but the following snippets of news are of some interest:

“The Rev. G. F. M. Fielding holds a monthly service at Mangana at the Anglican Church, and occasionally he manages to spare time for an extra service, and last  Sunday evening, 9th inst, he favoured us with one, preaching to a large congregation.  He informs us that a lady in England, interested in Church matters in Tasmania, has forwarded a sum of money to him to be devoted towards supplying a bell for the church here”. (The Mercury Thursday 13 February 1890)

“A quiet but pretty wedding took place on Monday morning at the Anglican  Church, Mangana, when Mr. Douglas James Parker and Miss Doris Hoddinott  were united in holy matrimony by the Rev. W. Earle of Fingal. The bride only recently arrived from England, and is the first English bride to arrive in the township. The bridegroom was a member of the 12th Battalion. Owing to the recent death of the bridegroom's father the wedding was very quiet, although a large number attended the service in the church. After the wedding breakfast the young couple left for the North West Coast where the honeymoon was spent…” (The World [Hobart] Thursday 24 June 1920)

“On Friday afternoon, 29th ult., a very enjoyable time was spent when the ladies in connection with the Church of England Sunday school gave the children a rare treat in the form of a feast or picnic. At 2 o'clock they assembled and wended their way in order due and in martial style for that sylvan spot the grove (not the grove of Blarney), situate[d] about half a mile north of Mangana. After partaking of a sumptuous repast  provided by the ladies, and the cloths being removed, folded, and put away, the usual picnic sports prevailed, such as rounders, foot-racing, [Little] Sally Water, blind man's buff, etc., in which adults as well as juveniles joined in, and all went home happy and well-pleased with the day's outing”. (The Mercury Monday 10 December 1888) 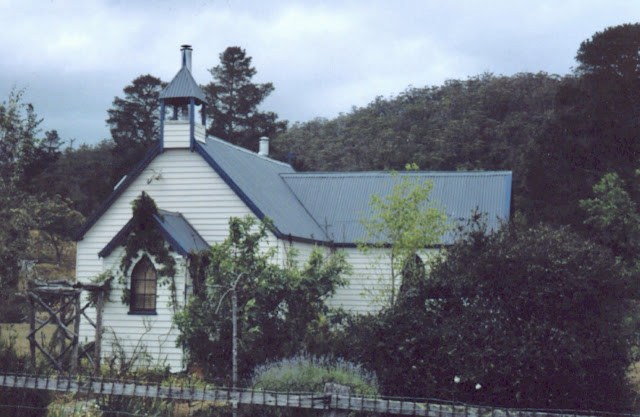 There is no Anglican Cemetery at Mangana and burials took place at nearby Fingal where reference to Mangana is made on many of the headstones. 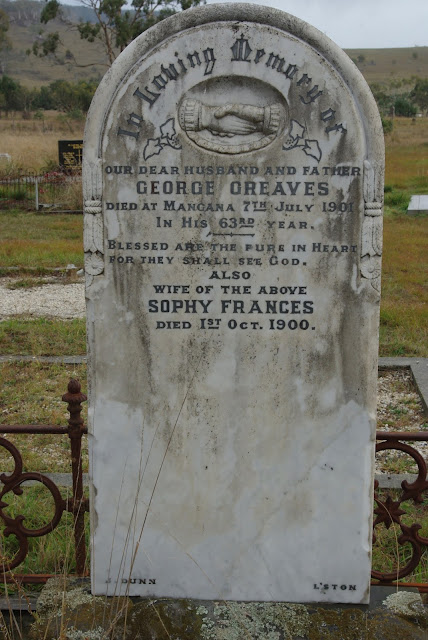 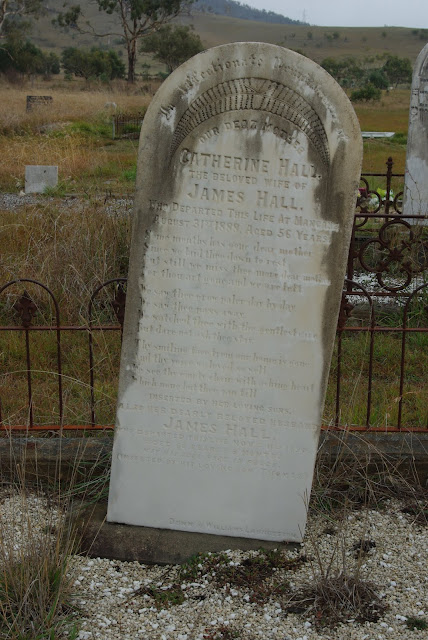