- July 27, 2018
New Ground lies just east of the village of Moriarty near Latrobe. New Ground was originally granted to Captain B.B. Thomas who was infamously murdered at Parker's Ford near Port Sorrel in 1831. The first church at New Ground was built about 1857 on land donated by Edward Shaw. The present church was opened on 12 June 1881. There are no surviving newspaper reports of the opening but there is an account of its consecration published in the Devon Herald in January 1887:

“The Bishop of Tasmania arrived at Latrobe by train on Saturday evening last, for the purpose of consecrating St. George’s Church, New Ground…. On Sunday morning his Lordship drove out to New Ground, accompanied by Bishop Thornton of Ballarat, the Rev. Claude Roberts, and the Rev. William Hogg, Incumbent of the Mersey Parish, to consecrate the pretty and picturesquely situated church and burial ground. The Bishop, attended by the other clergy, was received at the west door of church by the clergymen of the Parish, the churchwardens and officers appointed by him. Here the petition of consecration was read… The deed of conveyance was then presented to the Bishop by the Incumbent, and the service of consecration was then performed… The Bishop then preached a very eloquent sermon – the church being crowded – and then the party left for Latrobe”.

The “incumbent”, Reverend William Hogg, locally known as ‘the Bishop of Mersey’ had a special affection for St George's. He served as rector of the Latrobe Parish for 32 years and is buried in the New Ground cemetery “in a spot he chose some time before his death”.

St George’s is one of the 55 Anglican churches listed for sale as part of the national redress scheme. This has been controversial because the church still has an active community and the building has been restored in recent times. It is also one of the oldest churches in the Latrobe-Devonport region. Its cemetery is historic and the building has many memorials donated by the community including stained glass windows, the entrance gates to the church and a lich-door built to enable easier access of coffins into the church for funeral services. It is also the resting place of Reverend William Hogg, a pioneer of the Anglican Church in the region. It is a bitter irony that Reverend William Hogg himself handed the ‘deeds of conveyance’ of St George’s to the Bishop at the church's consecration in 1887.
Reverend William Hogg's Obituary

"The Rev. William Hogg (rector of St.Luke's Church and the Latrobe parish) passed away at 6 pm. on Wednesday, after a brief illness, having reached the age of 67 years. The deceased was born at Hobart. In the year 1869 he went to Ballarat, at which city he remained for some years. During the latter part of his residence there he held the position of curate. In 1870 he arrived in Launceston, where he acted as curate for some time to the late Archdeacon Hales, and then received an invitation to the Mersey parish, which had

been vacated by the Rev. R. T. Batchelor. This he accepted, and became the incumbent, conducting his first service on November 26, 1882, at Latrobe, in the building now used as the Parish Hall, but then a combination of school and church. His first meeting of war dens was held on January 9, 1883. His work was carried on steadily and faith fully up to the last. The deceased gentleman was always at his post. In his humorous ways in those days he often styled himself as the "Bishop of the Mersey," for his parish included Latrobe, Torquay, Formby, Port Sorell, Sheffield, Railton, New Ground, and Harford.

Thirty years ago there were not many good roads, and extending his ministrations into the back country Mr. Hogg's welcome presence was recognised as he pursued his solitary way as far back as Middlesex Plains. Wading the streams in summer - there were no bridges then - and working his passage across in winter through the air along a rope, he penetrated to the remotest parts among settlers and miners, resting at nights at times in miners' huts or under spreading branches, in open boat upon the ocean beach, or tramping through the night, often in stormy weather, always at the call of the poor, the suffering, and the sick. He could relate pathetic and humorous incidents of experiences without end that occurred during his incessantly arduous and lonely work.

Many hundreds of his parishioners have spread along the. North-West Coast, making homes of their own, who gratefully remember the kind pastor of their younger days. He declined several offers of preferment to remain among his own people. Mr. Hogg was very actively interested in the temporal welfare of his people, and carried to a successful conclusion the excellent Latrobe waterworks, of which he was chairman right through from its inception. He took a prominent part in establishing the Latrobe Tennis Club, although he never had time to take part in the game. He was also an ardent cricketer, and good with bat and ball in former days.

Mr. Hogg lived to see his large district divided into three parishes, and the old wooden building at Latrobe acting as a sort of satellite to the splendid building known as St. Luke's Church, which was consecrated by the Bishop of Tasmania in the year 1900. He saw many other changes, amongst which were the marriages of those he had baptised. He was a great-hearted man, and found that the contents of his pocket were far too little to enable him to give the relief he would have liked to have given.

The loss of such a friend will be deeply felt amongst people both inside and out of his own church. There is general mourning, says our Latrobe correspondent. He leaves two sons Messrs. W. C. B. Hogg and B. R. G. Hogg, one brother in Auckland, and one sister in Launceston. The funeral will take place on Saturday morning. A short service will be held at St. Luke's Church at 8.30 asn., the interment taking place at St. George's Church, New Ground, at a spot chosen by the deceased some years ago..."


Links to recent articles about this church’s closure:


The Cemetery at St George's 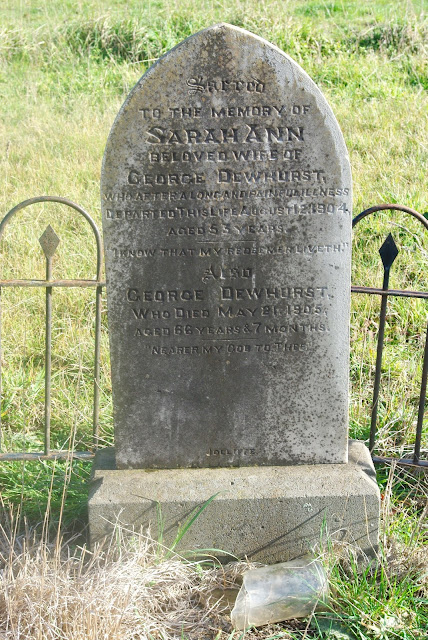 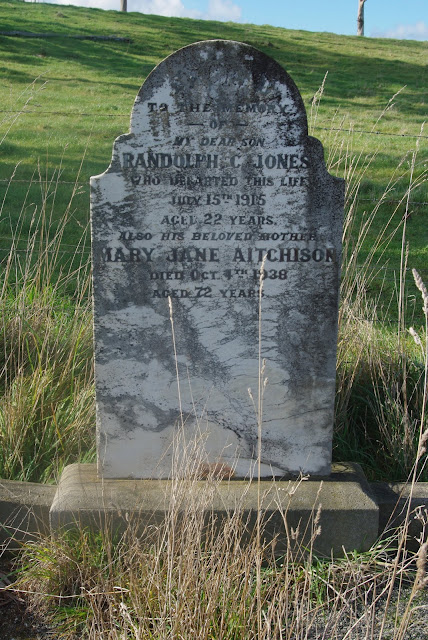 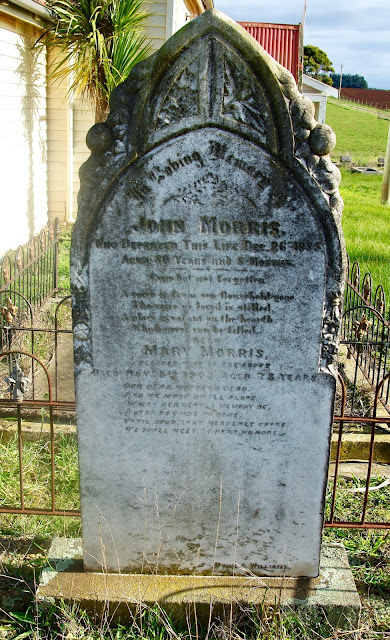 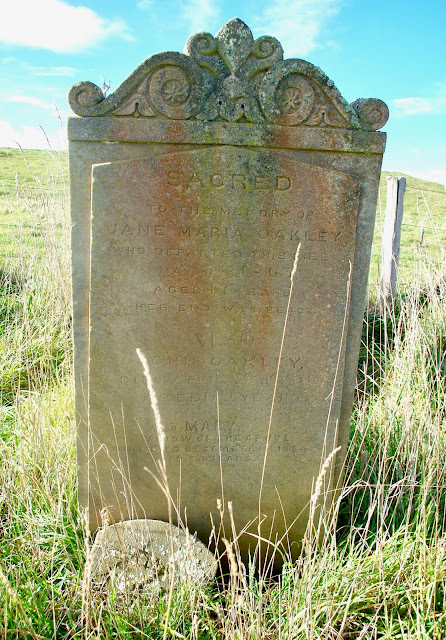 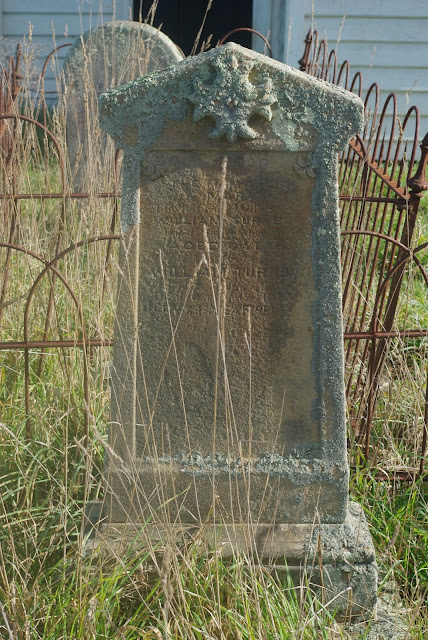 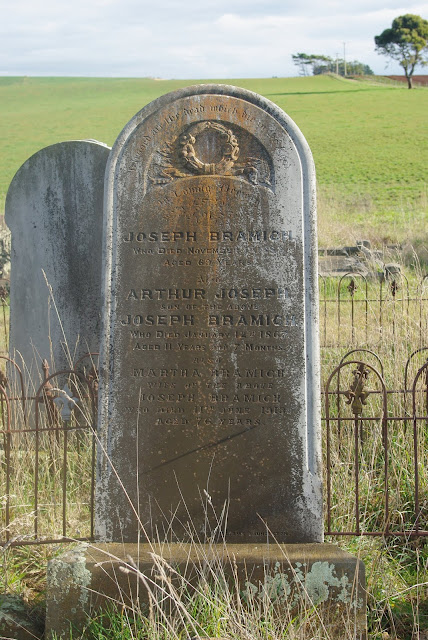 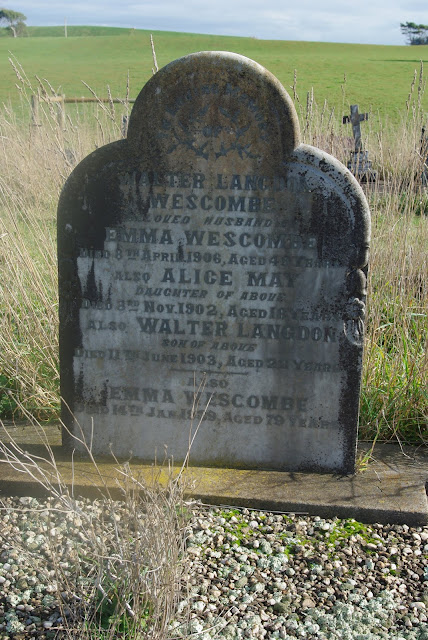 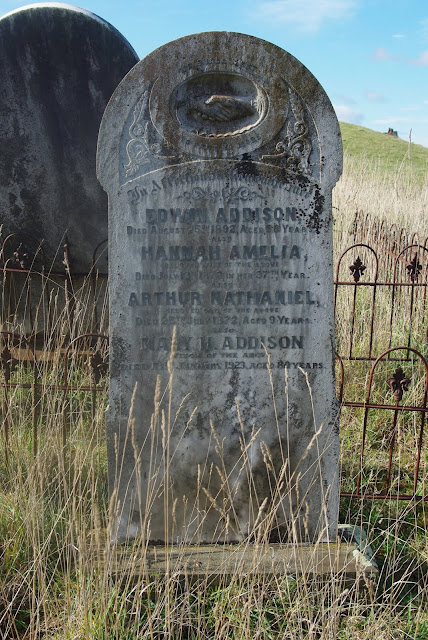 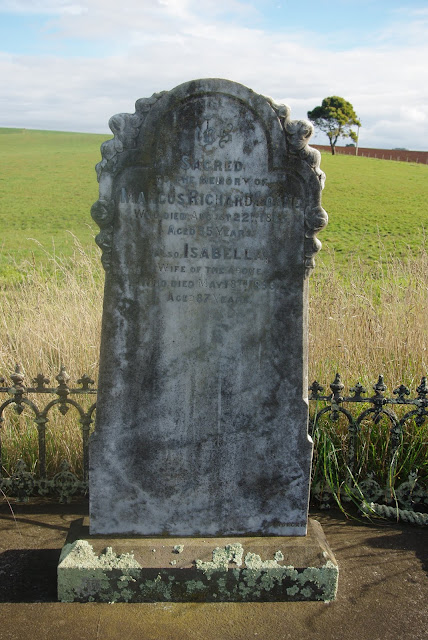 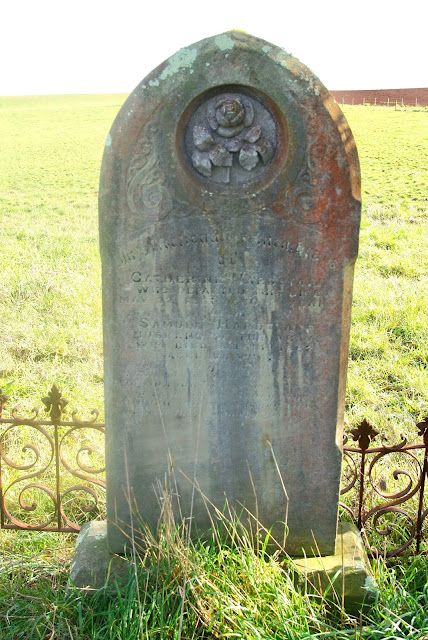 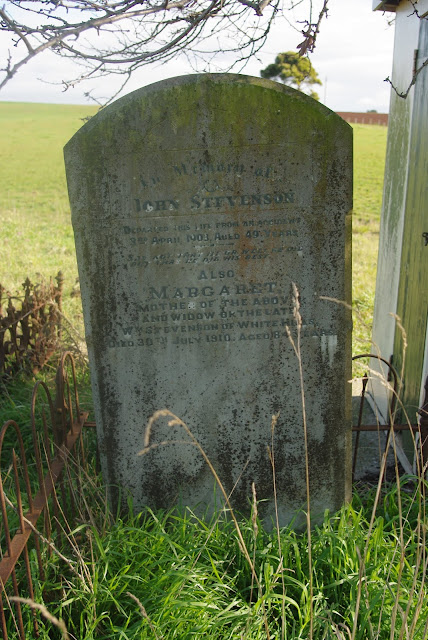