No. 217 - The Wesleyan-Methodist Church at Sassafras - 'On Raising Children and Appreciating Womankind'

- August 25, 2018
In an interview published in The Advocate in 1935, 83 year old Mrs Mary Shadbolt, a pioneer of Sassafras, recalled the early years of the Wesleyan Methodist church:

“We lived at Sassafras a few years before a religious service of any kind was held. The first was in the kitchen of Mr. George Rockcliff’s home (“Springfield”). It was conducted by Mr. Pullen… The first regular service was conducted in Mr. Henry Rockcliff’s kitchen at “Skelbrook,” by a man known locally as “Big Wilson.” The kitchen at that time was a working man’s camp. It was years after that the Rockliff family came to Sassafras to reside. The Wesleyan minister from Torquay occasionally visited Sassafras. In those days the home of Mr. George Rockcliff was the minister’s haven. The journey to and fro was too much to be accomplished in one day, and preachers were not even supplied with a horse, and stipends were very small. Later, Mr. Henry Rockcliff built what is now the Baptist Church [1865], and loaned it to the Methodists. After some years a misunderstanding arose, causing the Methodists to build their present church”.

The church that now stands at Sassafras is the product of this “misunderstanding”. It opened in August 1876 but was rebuilt and enlarged in 1889 which is reflected in its present form.

The opening service at the church on Sunday 27 August 1876 coincided with the arrival of a 600 ton steamship, the Lubra, which anchored in the Mersey River on the same Sunday:

“Many who did not go to see the s.s. Lubra on Sunday went to the opening of the new Wesleyan Chapel at Sassafras, and the streets were well nigh deserted in the afternoon. This is a neat little chapel, built for the "Wesleyans by Mr W. H. Piper, at a cost of about £230, all included, and to the credit of the Wesleyans generally, and the residents of Sassafras and their friends outside the district especially, let it he known that the chapel is opened free of debt. The opening services were conducted by the Rev. G. T. Heyward; of Launceston, and collections from crowded congregations were made for the fencing of the chapel ground and the planting of a few ornamental shrubs".

Like so many rural churches, the Sassafras Methodists enjoyed a largely uneventful history. The following newspaper reports do however provide an interesting insight into the lives, attitudes and values of the community at Sassafras in the first few decades of the church’s existence:

The Death of Queen Victoria

"Widespread regret is felt at the death of our beloved Queen. The Rev. H. Worrall delivered a eulogy of the deceased in a most impressive manner, at the Wesleyan Church on Sunday afternoon, being at times visibly affected. His subject was: A dead Queen, but a living Empire… He characterised this latest blow as the greatest sorrow the nation has ever undergone, and pointed out the benefit her glorious reign had conferred. The church was draped in black, and many of the congregation wore mourning. At the close of the service the congregation stood while the organist (Mr Vincent Rockliff) played the Dead March”. [North Western Advocate and the Emu Bay Times – Tuesday 29 January 1901]

"The Sassafras Methodist Sunday school celebrated its anniversary on Sunday. As usual a large number of visitors were present from the surrounding districts…. Rev. F. Delbridge.. was the preacher for the day… The preacher dwelt upon the part that parents should take in making strong foundations of the young lives committed to their care. The preacher pressed upon the parents the importance of studying child nature,… For the want of understanding child nature serious blunders were committed in training children. To send their children to Sunday school did not discharge all responsibility in this matter. There was a need of a restoration of a lost sense of parental responsibility in the religious training of children. Fathers especially failed at this point. Everything about a home counted – words, looks, actions, habits, books, pictures, papers, and especially the tone and atmosphere. There should be lots of “fun” in the home. The love of fun, an instinct planted in the child by its Creator, should not be supressed, but be made a medium for the development power…”  [North Western Advocate and the Emu Bay Times Wednesday 6 December 1911]

A Tea Meeting – On Appreciating Womankind

“I think the best thing an unbeliever in the capabilities of womankind can do is to go to a tea-meeting, to be convinced that after all it takes the ladies – whatever else they may be lacking in – to provide real good solid and palatable plenty for the refreshment of the inner man, and if such a sceptic happened to be present at our sassafras tea-meeting the other day, his doubts, as well as his hunger, must have vanished like snow before the sun; which is the highest praise I can bestow upon the good dames who presided over, and catered for, the tables, and whose names were Mesdames Rockcliff, Spurr, Cutts, Peebles, and Ingram… And I must not forget our old friend, and tea-maker, Mr Singleton, whose duties among the pots and smoke were by no means light or pleasant ones; he performed his part right well, keeping the tea-pots in a constant state of replenishment…” [Devon Herald Friday 21 December 1883]

In 2016 the church was refurbished by the Sassafras Community Hall Association Inc. transforming a historic church building into a multipurpose centre for the benefit of the entire community. See the links below for further information.

The Cemetery at Sassafras 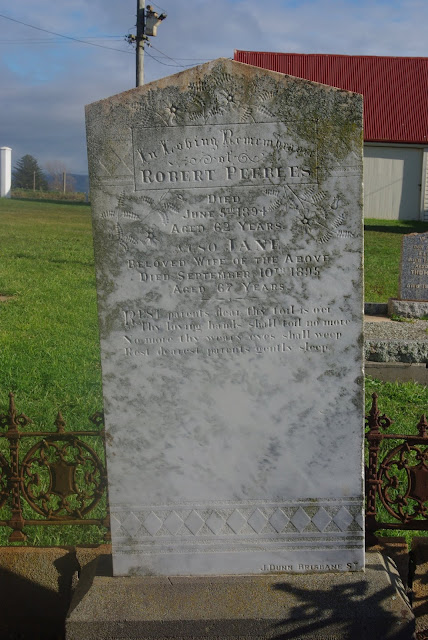 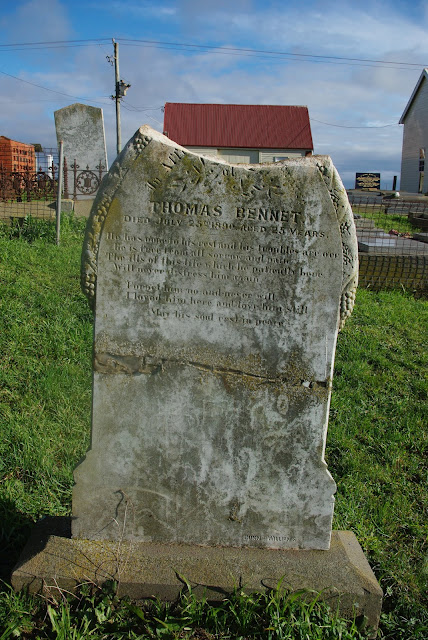 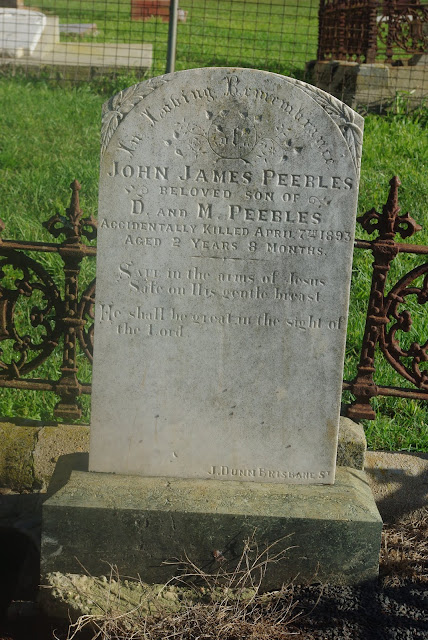 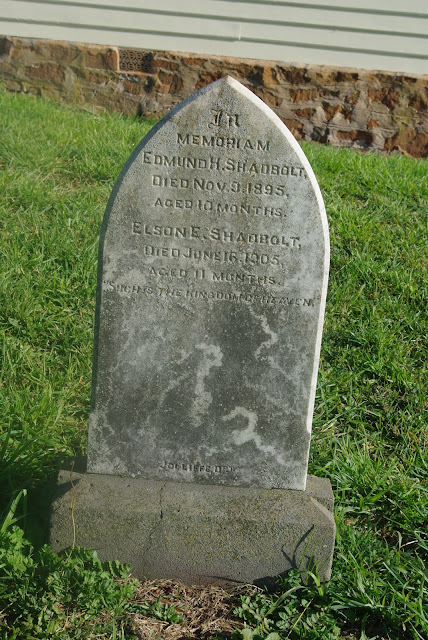 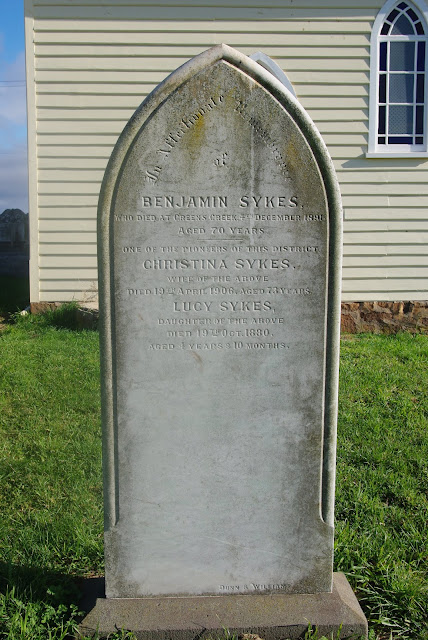 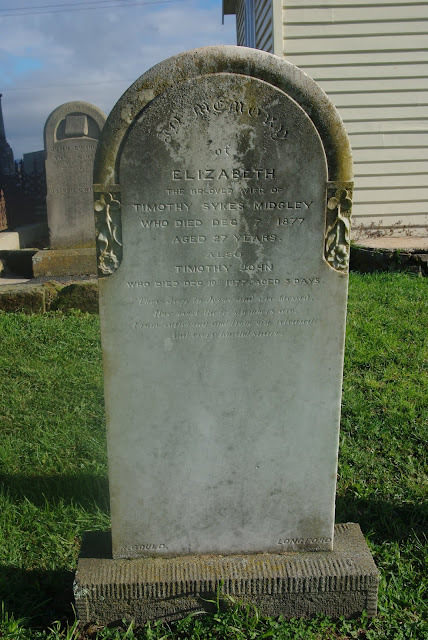 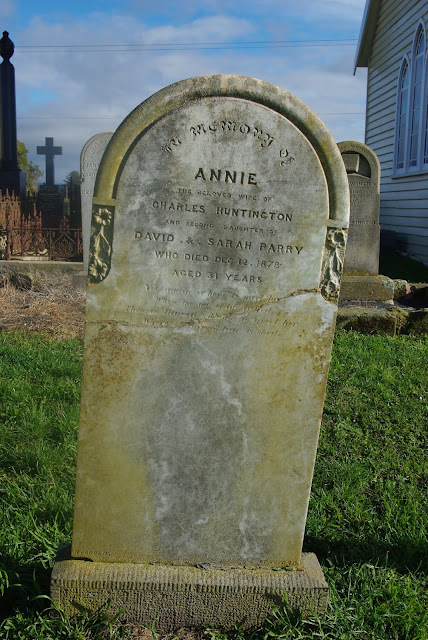 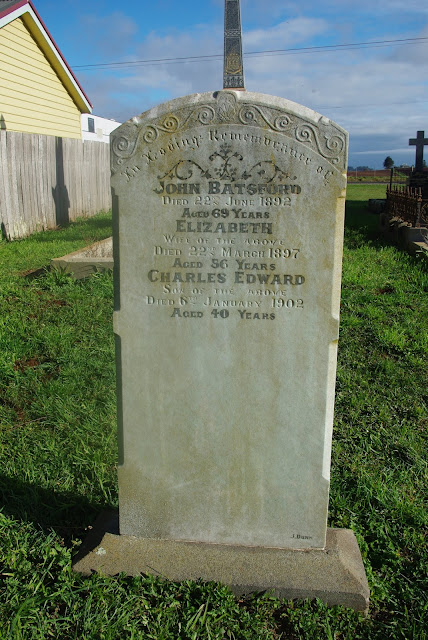 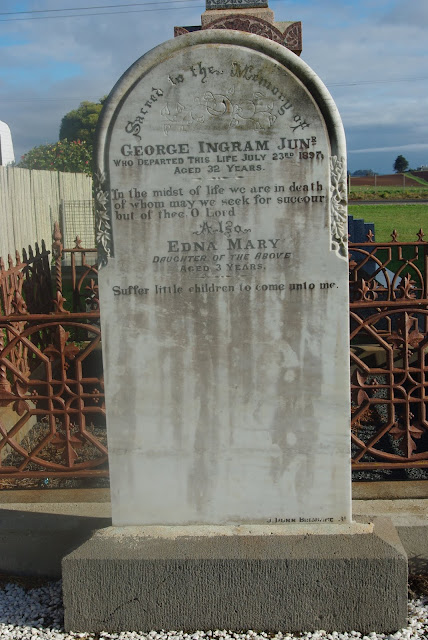 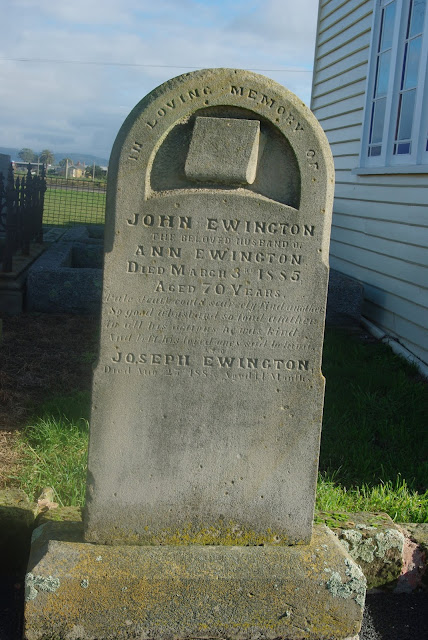