- September 13, 2018
In 1908 a correspondent for The North Western Advocate who was on a "A Walk from Deloraine to Burnie" wrote the following about Sassafras and its church:

“Someone once declared Sassafras to be the most beautiful spot in Tasmania, …. Standing on the veranda of “Skelbrook Rise”, the residence of our hostess, the eye ranged over a tract of magnificent country. Looking out beyond the garden and orchard, skirted by a fringe of old English trees, which look lovely when clothed in their summer mantle of green, the most conspicuous object is the little Baptist Church, surrounded by evergreens. Here is the burying grounds of the Rockliff’s…”

Over 100 years later the Sassafras Baptist Church now overlooks the Bass Highway but it is still a beautiful spot. The history of the church is elusive, or at least it does not feature significantly in the newspaper collections on Trove.

The activities of the Baptists at Sassafras go back to 1865 when Henry Rockliff built a small church on his farm Skelbrook for use by Protestant denominations. It was used by Wesleyan Methodists and Baptists until 1876 when the Methodists built their own church and thereafter Rockliff’s church was exclusively used for Baptist worship. In 1889 Rockliff sold the chapel to the Baptists.

However the church was too small to accommodate Baptist services. In 1899 a report in the North Western Advocate noted:

“The building was packed to excess at every service, many not being able to find even standing room. This is to be remedied before next year, as preparations are being made to enlarge the building”.

In January 1900 the construction of an enlarged church had begun. There is no newspaper record of an opening service although there is mention in August 1900 of the “new church which the congregation had erected” and it “having a neat appearance inside and out, as well as being bright and tight”. A fragment of Rockliff’s original church possibly still survives on the eastern side of the building as may be seen in the photographs below.

Beyond the church’s rebuilding and extension in 1900, there is not much of any substance appearing in the newspaper record in the following years. Other than a hall being built next to the church in 1974, little has changed about the ‘new’ church that was erected in 1900. The cemetery is still the resting place of the Rockliff’s as well as other early settler families of the Sassafras district; the peaceful scene somewhat disturbed by the incessant traffic passing by on the Bass Highway.

The cemetery at the Sassafras Baptist Church 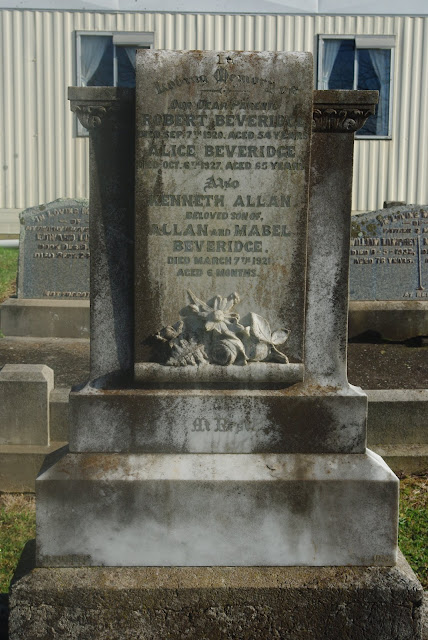 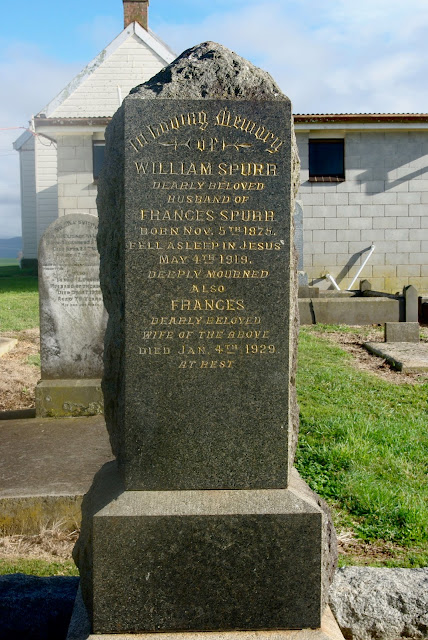 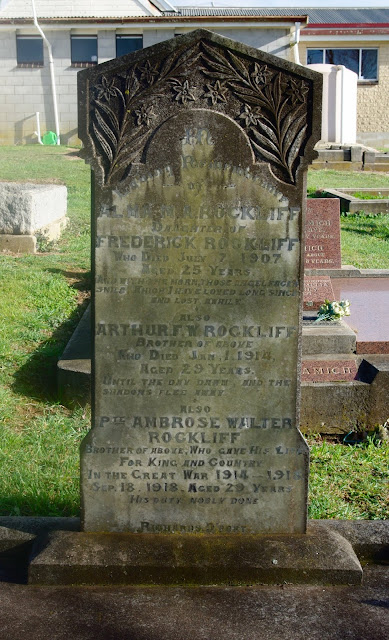 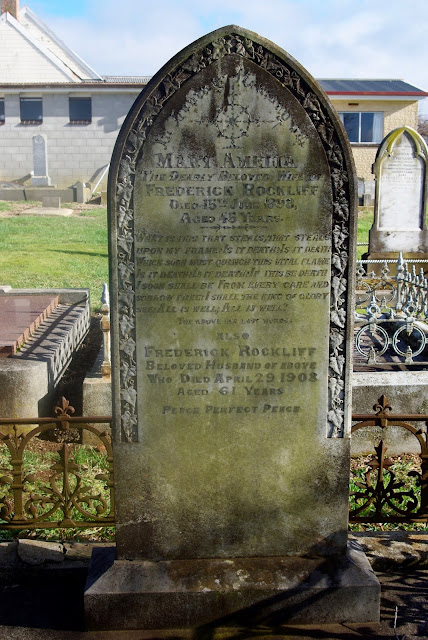 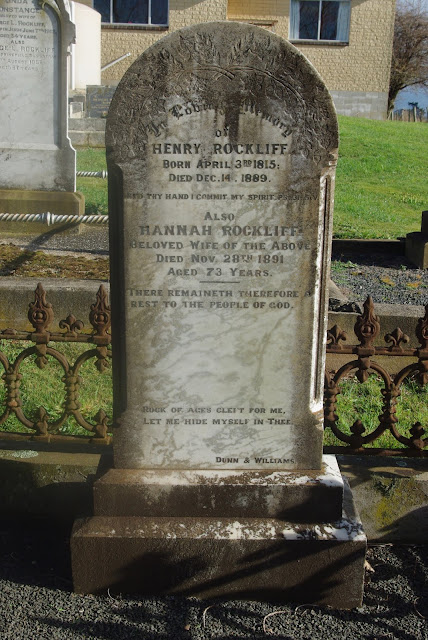 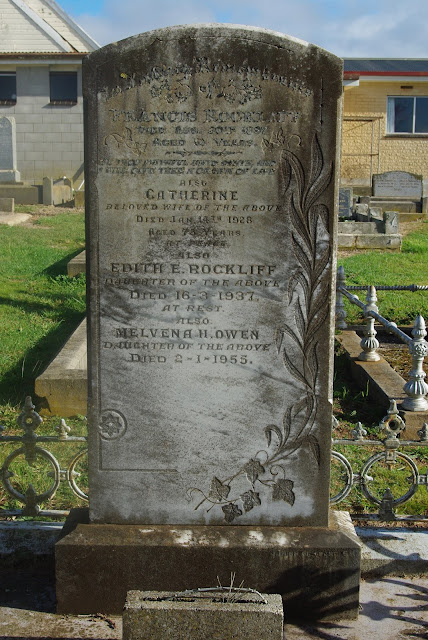 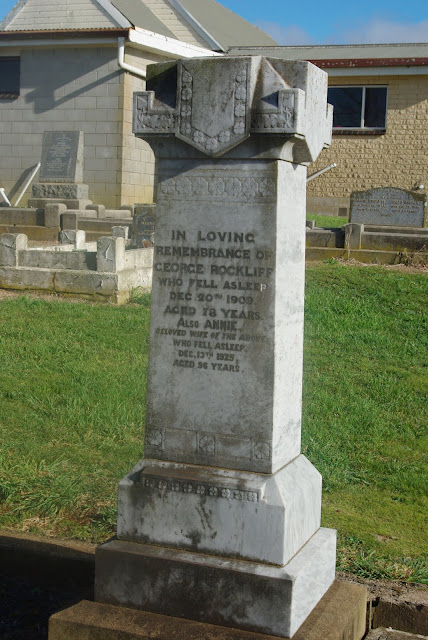 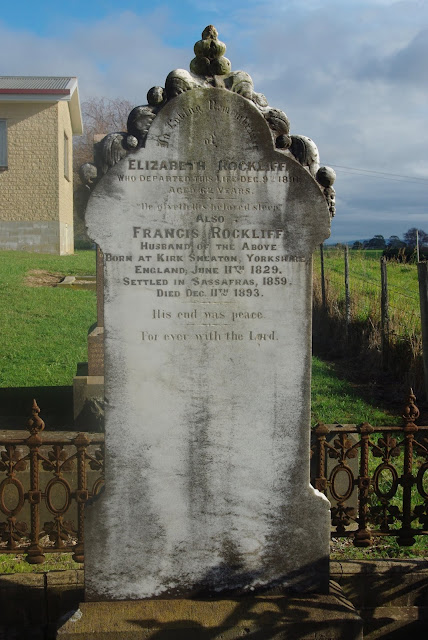 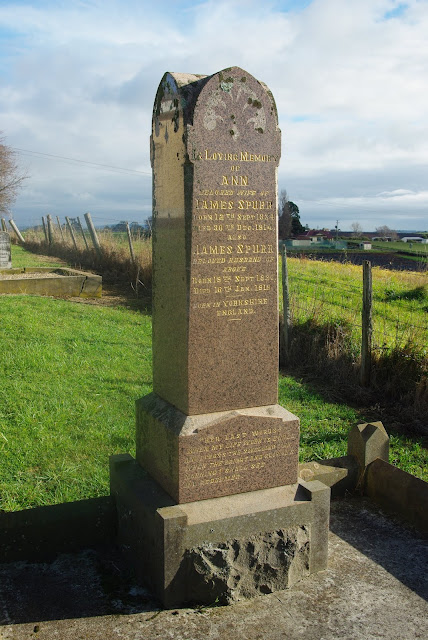 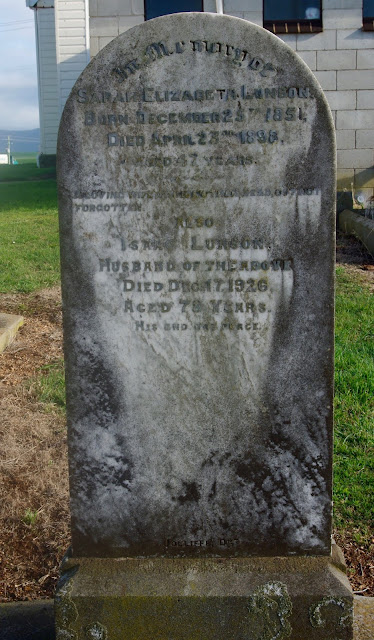