When Bishop Willson arrived in Van Dieman’s Land in 1884 he brought with him Pugin designed and inspired regalia needed to establish the new diocese. He also brought with him texts, drawings and models that were to be used to guide the building of Gothic Revival churches in the colony. Willson was a close friend of Pugin and shared the notion that the building style of the High Middle Ages could serve to revive and deepen the Catholic faith.

The model used for St Paul’s was that of a small English medieval church. The design was drawn from one of three detailed models built by George Myers. The models had been created because it was thought that the skills necessary for builders to interpret and use conventional architectural plans were not available in Van Dieman’s Land.(1)

“I had the consolation to lay the first stone of a little Church at Oatlands…. But mine will be a very humble building, still it will afford the means of accommodation to a flock for divine worship”.(2)

If the building was humble, the Oatlands flock was even more so. In the 1840’s the Catholic presence in the district mainly comprised of convict pass-holders and ticket-of-leave men as well as a handful of free settlers. (3)

The church was completed within 6 months although progress was delayed after a tragic accident that killed one workman and several injured others. In August 1850 the Launceston Examiner reported:

“On Tuesday last, the west gable, with its crowning belfry, of the catholic church, now in course of erection here, killed a workman of the name of Flannagan, bruised several others, and broke the leg of a mason named Brennon, - the latter was most kindly treated by Bishop Willson, and has been conveyed to the hospital at Ross. The Catholic bishop, and the architect both left Hobart Town to attend the inquest on Flannagan; and other members of the building committee gave every assistance in the matter. The occurrence has been much regretted, as this neat stone church has been the admiration of all lovers of correct ecclesiastical architecture”. (4)

Apart from the many features of the church that are so characteristic of Pugin’s designs, there was another interesting feature:

“Three quarters of the church flooring was made of wood, but one-quarter was flagstones. It became a “farmers’ corner” for men who came from the farms with muddy boots. They stood at the back on the flagstones, rather than omit their Sunday obligation due to a heavy round of chores on their farms”. (5)

Three years after the completion of the St Paul’s a Pugin designed presbytery was built. It was a two-story stone building with a high-pitched shingle roof. It was later demolished and part of the stonework was incorporated into a new Church of England vestry. (6)


A parish school was established in 1881 by Father Feehan and following this the Sister’s of St Joseph’s established a school at Oatlands in April 1893. Not long after this there was a second incident involving the belfry. Fortunately there were no deaths or injuries on this occasion as was reported by the Daily Telegraph:

“Last Sunday afternoon, while being rung for the school, the bell of St. Paul’s Roman Catholic church broke adrift from the axle. Fortunately it fell outwards, and did no damage to the roof or walls. Hopes are entertained that the bell may be repaired, otherwise the accident will result in serious loss to the worthy pastor”. (7)

St Paul’s first pastor, Father Martin Keohan served at Oatlands for 26 years. Following Father Keohan’s death, Father Julian Tenison Woods, the founder of the Sister’s of St Joseph served the parish for 6 months. It was his replacement, Irish-born Father Fehan, who established the first Catholic school in the town. This was later run by the Josephites whose Oatlands’ covent became the ‘headquarters’ of the Order.

A controversial aspect of the St Paul’s Church, at least in the architectural world, concern repairs and renovations made to the church and Pugin designed presbytery. Father Ryan extensively altered the Presbytery and under Father Denis Murphy, the church was renovated in the 1930’s which included relocating the choir area and re-flooring the building over Father Keohan’s grave. Father Lynch, who was appointed in 1949, built a new presbytery and had the century old Pugin building demolished. He also restored the church “by removing the ugly plaster to reveal the original stone walls”.(8)

The alterations and renovations of the 1930’s and 1950’s are not viewed kindly by Pugin purists who view these as having a major impact on the proportions, composition and integrity of the original design.(9) The alterations to the interior are regarded as “every bit as deleterious to the unity and integrity of Pugin‘s design” and the removal of the “ugly plaster” and other interior fittings as ‘simple ignorance’. (10)

To the untrained eye, St Paul’s is still a beautiful country church and is a fitting symbol for the vision of Tasmania’s first Catholic Bishop and the dedication of the pioneering priests. 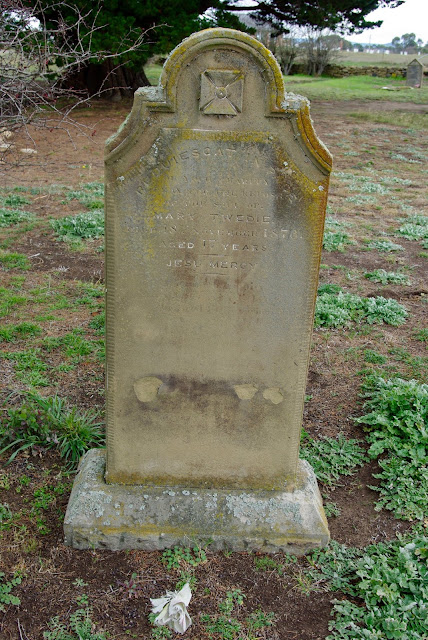 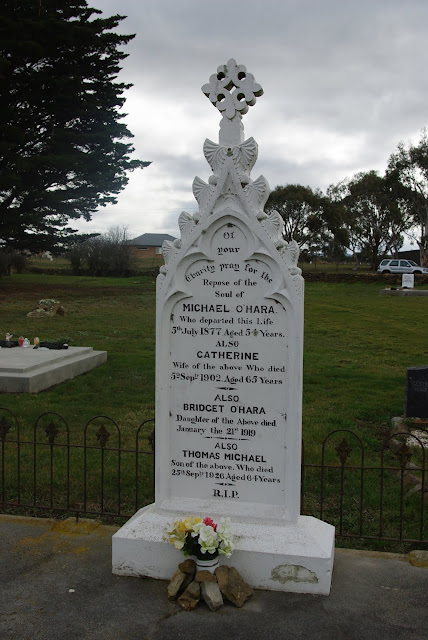 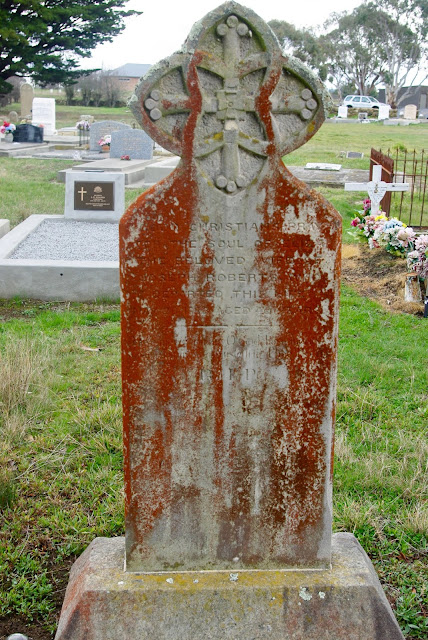 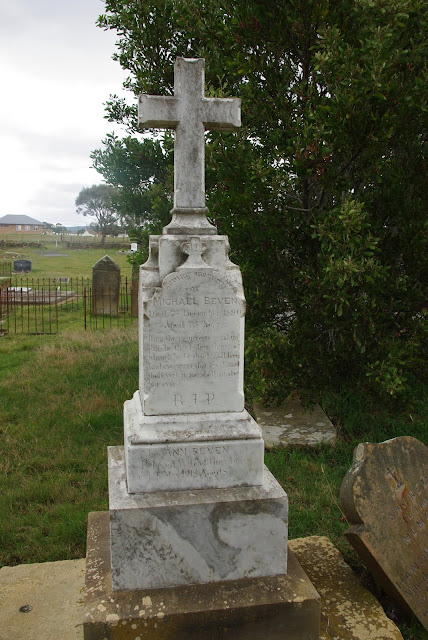 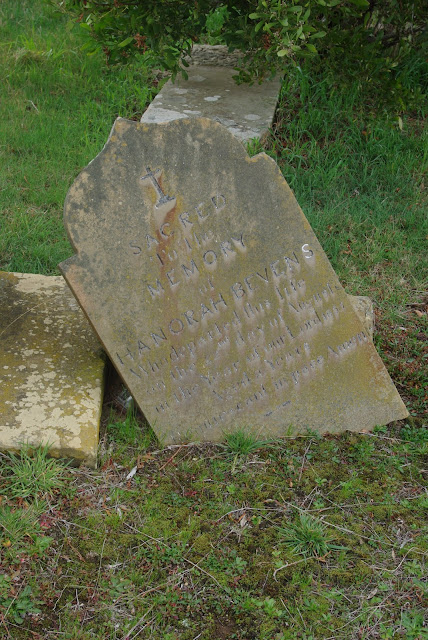 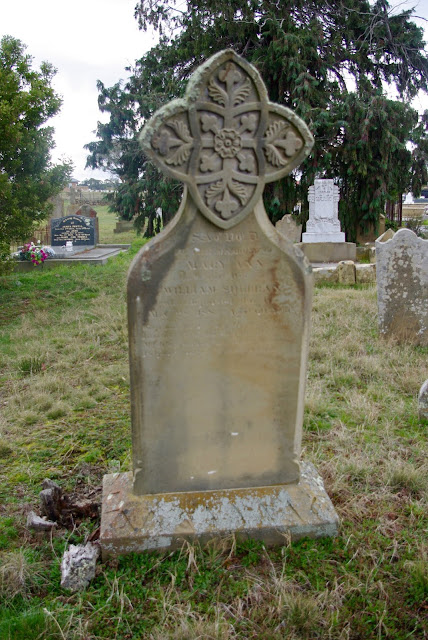 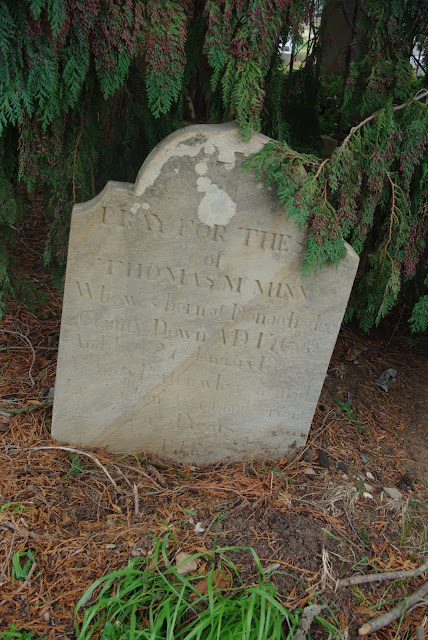 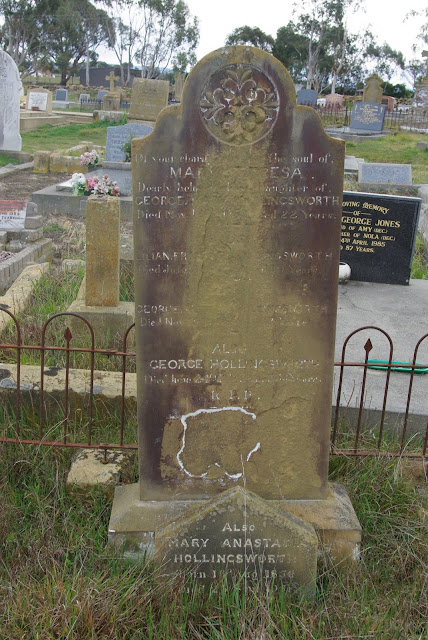 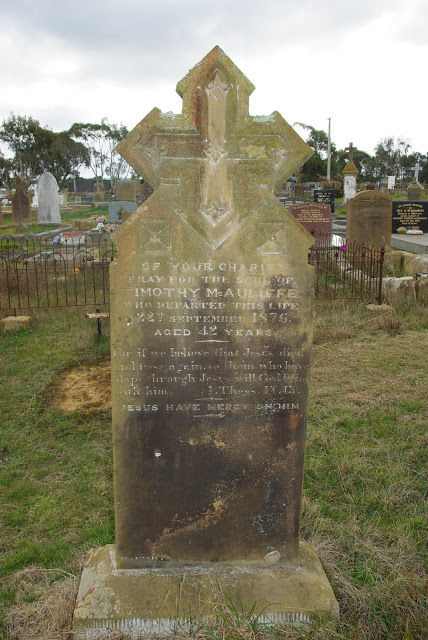 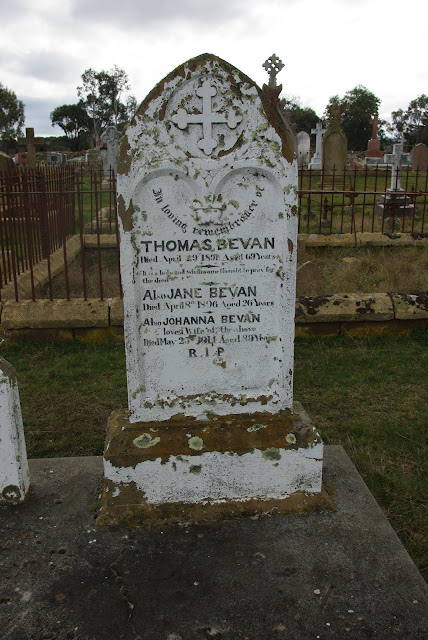 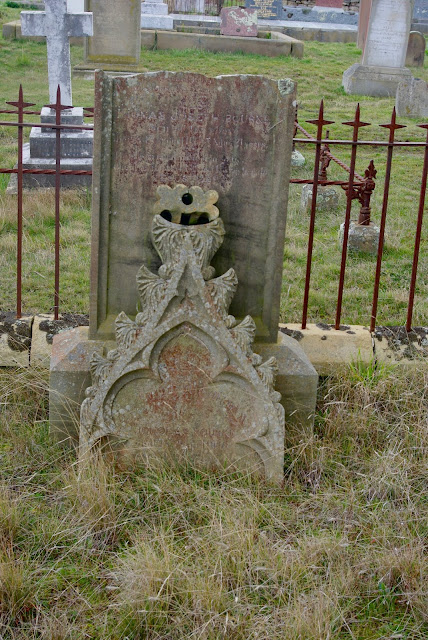 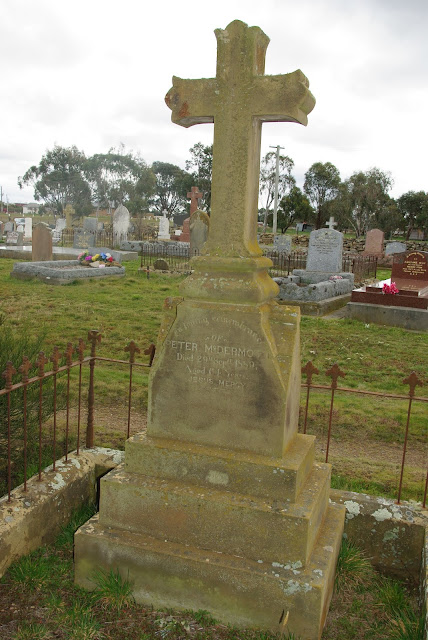 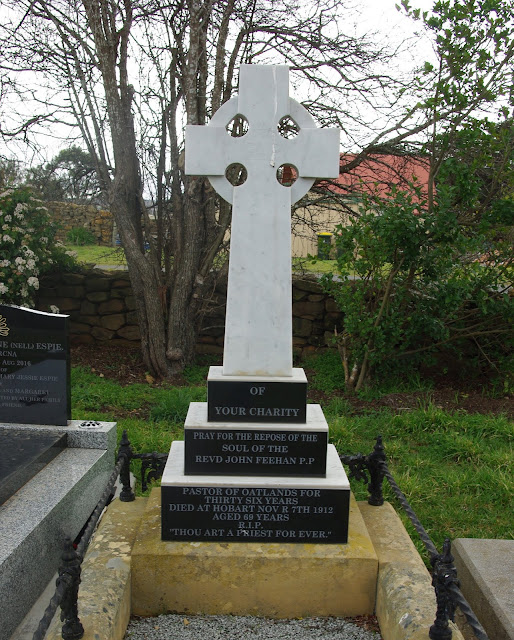 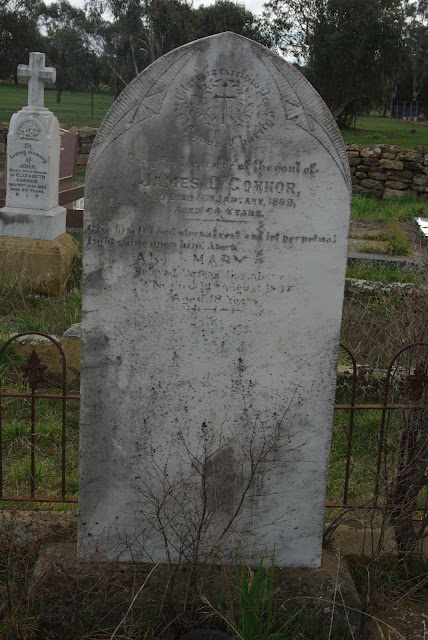 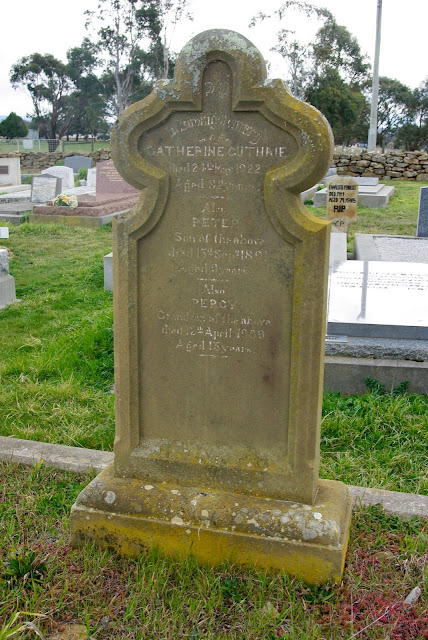 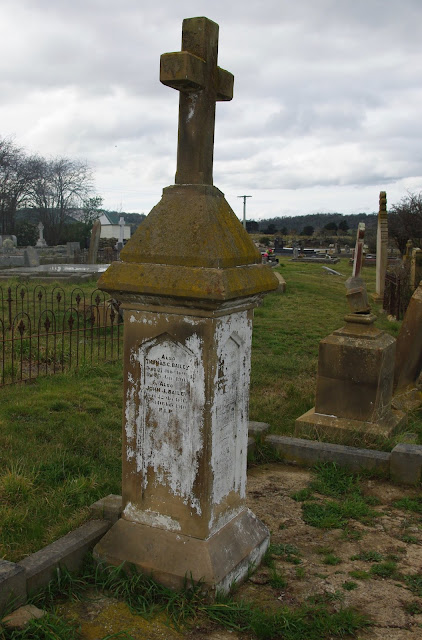 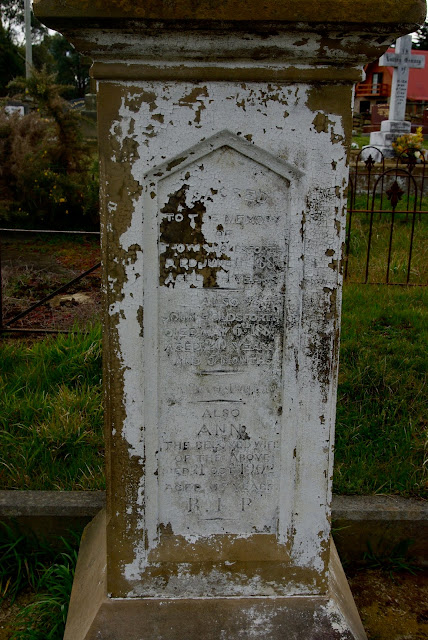 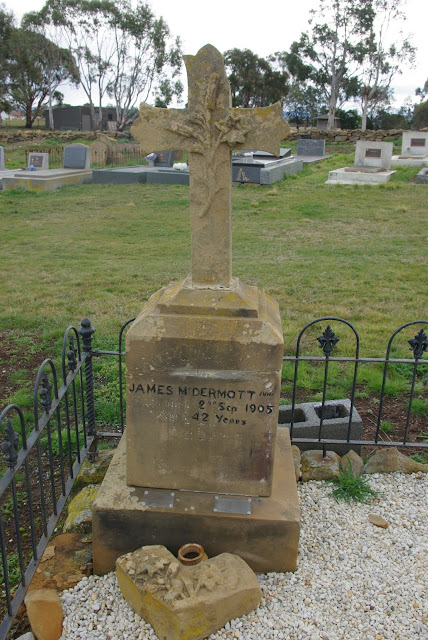 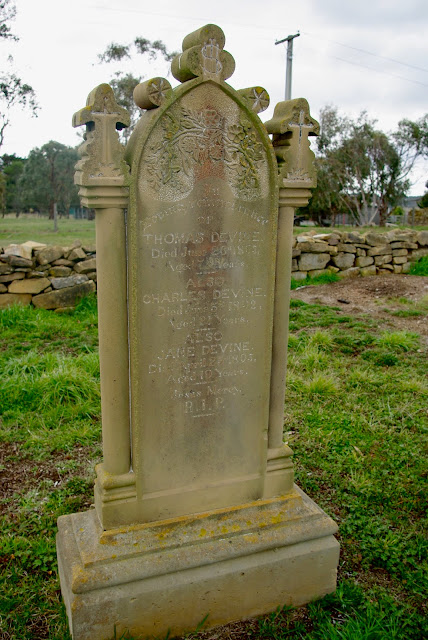 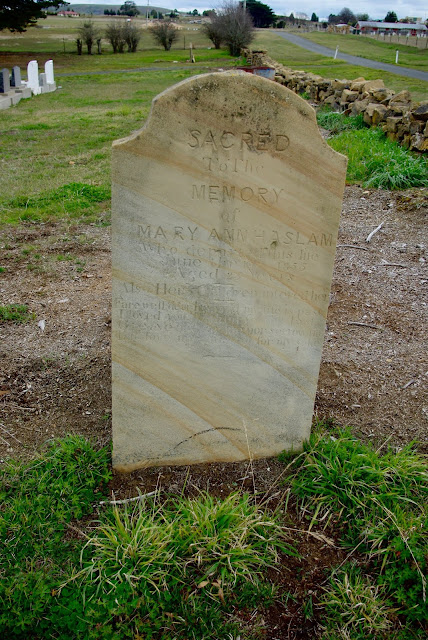