- February 02, 2019
Preston is a small hinterland settlement about 25km south of Ulverstone in Tasmania’s north west. The area was still referred to as Barren Hill when the first Anglican Church was established there in May 1897. There is one brief reference to this church’s opening that was published in the Wellington Times and Agricultural and Mining Gazette:

The small church was also used as a school room for the State school after 1900. The building was used for less than twenty years before it was replaced by a larger and more suitable church. Its removal was necessitated by the construction of the Nietta railway and it was relocated to South Preston for use as a place of worship. This did not prove to be successful and the building was later sold and used as a store before it was destroyed in a fire.

The new church at Preston, dedicated to St Alban, was opened in February 1917. A report in the Examiner provides considerable detail about the church which is reproduced here:

“The church just opened is a splendid monument of the loyalty of the local congregation and of their energy and self sacrifice. Standing on land given by Mr. A. Gillard on a fine site near the Preston station, the building at once attracts attention, on account of its unique and picturesque design. It is a typical example of a style of architecture much practised in the "Wood counties" of Europe, and the quiet dignity and ecclesiastical appearance of the building will be greatly emphasised when it is completed, and the tower added; and in the building as it now stands, the ecclesiastical atmosphere has been accentuated by the judicious introduction of windows, filled with handsome coloured lead-lights, buttressed walls, and overhanging eaves. The building measures 42 x 21 feet, and Tasmanian timbers only were used in its construction… One striking feature is the beautiful memorial east window, donated by G. H. Wing, in memory of his son, Algie, who died in Egypt whilst on his way to France with his regiment….”

In 1926, a further a commemoration took place at the church with the erection of a marble cross in the grounds as a memorial to George Wing. The Burnie Advocate reported:

“A most impressive ceremony was performed at the Preston Anglican Church yesterday afternoon, when the cross originally over the grave of Trooper G. J. A. Wing, C. Squadron, 3rd Light Horse Regiment, was unveiled. This cross was placed by his comrades over his grave in the British cemetery at Cairo, and it since has been replaced by a cross erected by the War-Graves Commission. After much discussion with the Graves Commission, Mr. Wing, father of the deceased, was able to secure the cross placed in the first instance over his son's grave, and has had it erected in the church grounds at Preston”.

Along with many other churches in the north west hinterland, St Alban’s closed in the 1990’s and was relocated. It was removed from Preston to Turner’s Beach where it was incorporated into a house constructed in 2006.

The fate of George Wing’s memorial window or the marble cross placed in the grounds of the church is not known. 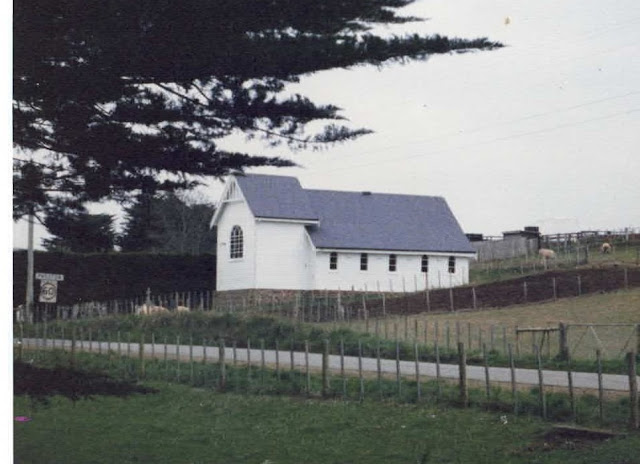 Harcourts Real Estate Photographs from 2013 showing details of the building: 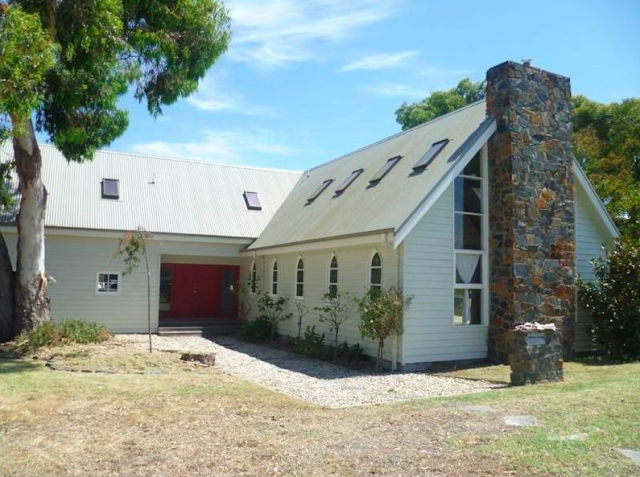 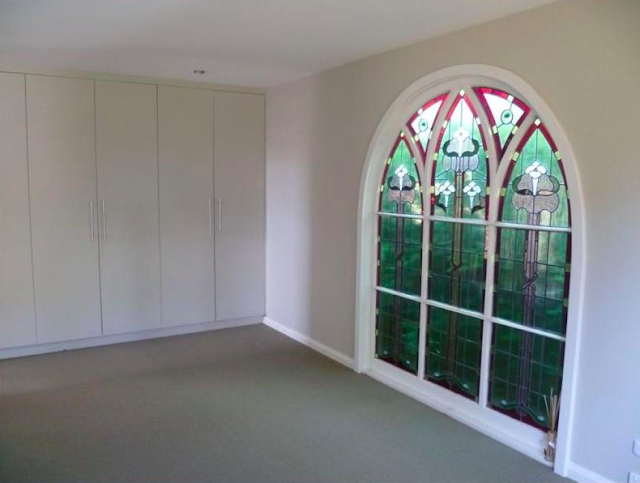 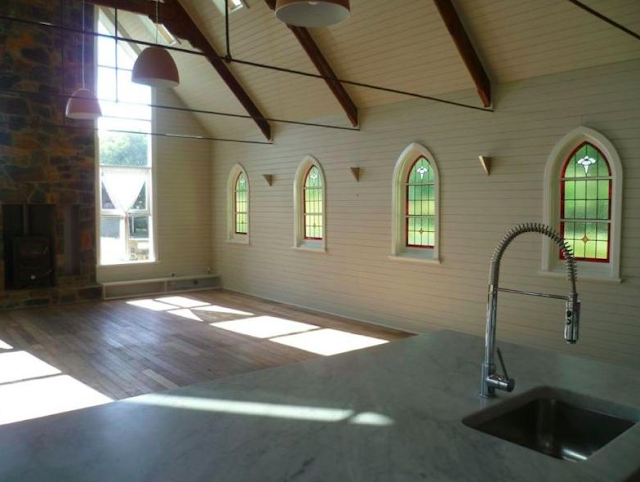