- April 09, 2019
At Scottdale’s Ellesmere cemetery a bronze plaque marks the site of the town’s first church, the Union Chapel built in 1863. The Union Church may seen as the ‘mother’ church of Scottsdale, out its congregation three churches were established: the Methodists, the Presbyterian and the Gospel church, all of which are still present in the town.

In 1853 surveyor James Scott explored the north-east of Tasmania and in 1859 the first land was selected in 'Scott's New Country'. An early settlement was the hamlet of Ellesmere which was established about a mile from the centre of modern Scottsdale. Over a period of two or three decades the population centre of the area shifted from Ellesmere toward ‘Tucker’s Corner’ which was renamed Scottsdale in 1893. Although Ellesmere is on the northern fringe of Scottsdale, it played a central role in the history of the town’s churches.

The story of the Union Chapel began in 1863 when Thomas Cox donated an acre of his farm at Ellesmere on which to erect a chapel. The chapel was built with the cooperation of the entire community. The construction of church and particularly its pews is recounted in A.W. Loone’s ‘History of North-East Tasmania’:

“Then the people almost to a man joined together, and like the prophets of Elisha of old, every man took his beam up to the House of the Lord, and the Union Chapel, the first place of worship, was quickly erected. The building being finished, each settler was allowed to construct his own church pew. Many designs were brought into use, from a thick slab some eight to ten inches wide, with four auger holes bored through, and four legs put into the board. As these boards and legs were of green timber, as the timber began to shrink, and the dry weather set in, some times when these church seats were lifted one or more of these loose legs would drop out. But all the seats were not like these. Some of them were rather nice with backs to them, so that the worshippers could sit in comfort during the service. Three of the neatest and most comfortable seats were Tyson’s, Loone’s and Heazlewood’s …”.

Soon after the church was built a Sunday school was established. In “Scottsdale Past and Present”, published in the North-Eastern Advertiser, the correspondent ‘Longfellow’ recalled the Union Chapel’s Sunday School in some detail:

“The late William Tyson was appointed superintendent, which position he held for many years. The first Sunday school anniversary picnic was held in Mr Joseph Heazlewood’s paddock, fronting the main road… The next two years the school picnics were held in the paddock of the late Thomas Cox junr. … There were a good number of the settlers present, and ever after that the Sunday school treats were always looked upon as one day in the year, at least, when settlers from both ends of the scrub (Jetsonville and Springfield) would meet each other and talk over the happiness and hardship of a pioneer's life. This Sunday school was well conducted, and the behaviour of the children was good. Each child was allowed to learn as many verses of Scripture, hymns, and catechism as they could commit to memory, and for each four verses said correctly they were paid a black ticket, on which was printed a verse of Scripture, and for four of these black tickets the child could procure one red or blue ticket and for so many of these the child could buy a handsome Scripture picture card, or a nice book of some kind, …In those days all the provisions required for these great tea-meetings were freely given by the people, and so the whole of the proceeds of the annual gathering went to the purchase of books and the upkeep of the school. There was but one general store in Scottsdale at the time, …and that was owned by Mr T. D. Heazlewood. It was a general rule for that gentleman to give each year all the tea and sugar required for the annual treat…”.
The Union Chapel was used by ministers from the Wesleyan Methodist, Presbyterian and Anglican churches. However, the spirit of cooperation began to wain in mid 1870’s with the arrival of William Brown and Charles Perrin, two evangelical preachers, representing the Plymouth Brethren. So effective were their sermons that 120 people were baptised over two Sundays in ‘Tucker’s Creek’. Subsequently a division in the community resulted in a group breaking away from the Union Chapel in 1876 and establishing a Gospel Hall.

A second schism occurred in 1878 when a group supporting the Wesleyan ministers broke away in 1878 to built a Methodist church and parsonage at Ellesmere. Finally, in 1882, the free Presbyterians left the Union Chapel and opened yet another church at Ellesmere. At this time the locals referred to the Union Chapel as “the hive” and following the final breakaway a local wag remarked: “I see the old Union Chapel has swarmed again”.

By 1882 the chapel was used as a public school room. There was an aborted attempt to build a new public school at Ellesmere but this was jettisoned due to public opposition and due to the inevitable fact that the there had been a steady movement of people towards ‘Tucker’s Corner’ which had become the centre of Scottsdale. In 1884 a correspondent writing to the Launceston Examiner remarked:

“The contract for the erection of the school house at Ellesmere was annulled; no new tenders have bean called for, and the old dilapidated Union Church, in daily danger of being blown over with a storm, or even of falling down without one, still has to do duty for a school house… Now, were a school house erected at Tucker's Corner; several children could, and would attend, who are too young to walk all the way to Ellesmere”.
The opening of a public school at Scottsdale in 1885 brought a sad end to the Union Chapel and it was eventually sold and moved to nearby Jetsonville to become part of a farmhouse.

In the three decades of its sometimes fractious existence, the Ellesmere Union chapel gave rise to three new church communities. Each of these will be covered in future blog entries.

Some of the Pioneer's Graves in the Ellesmere Cemetery 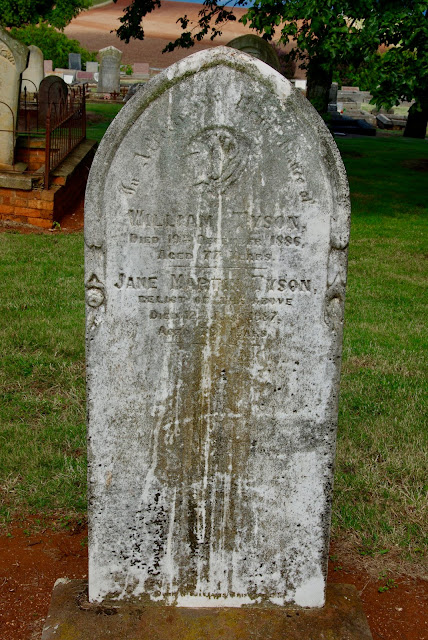 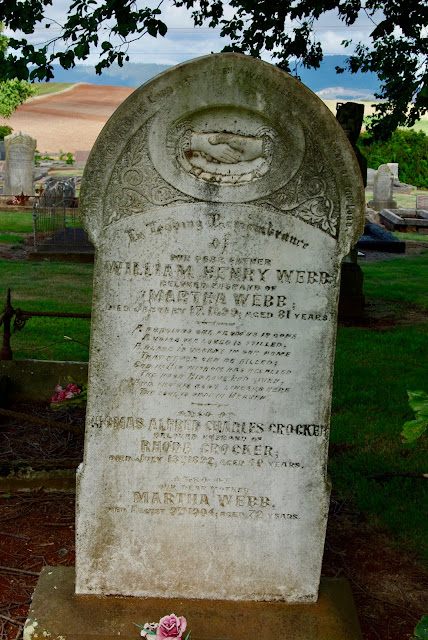 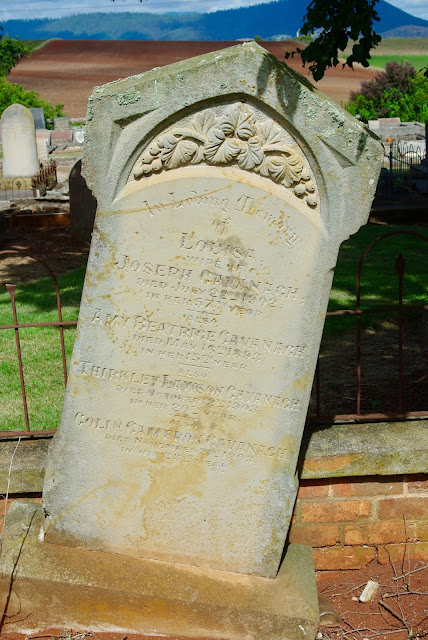 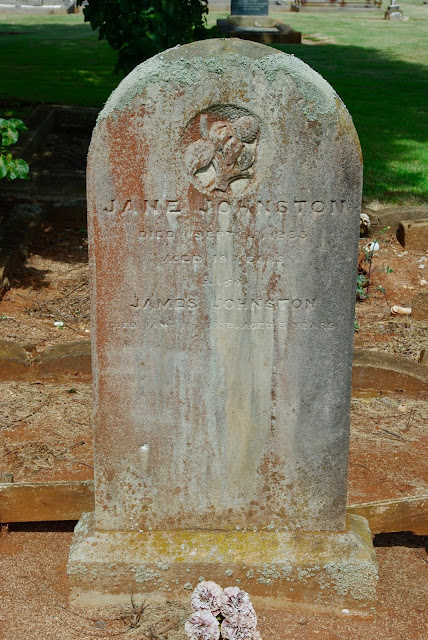 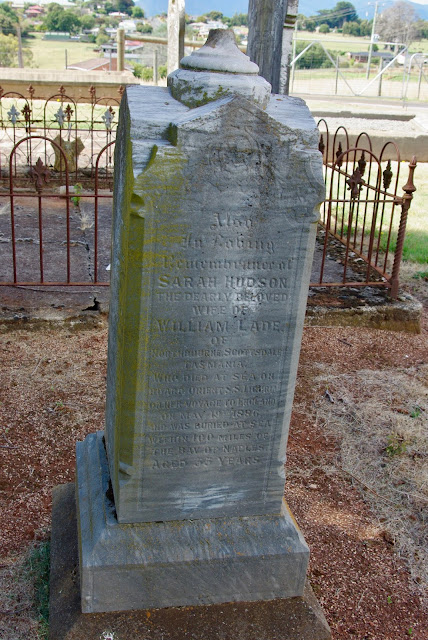 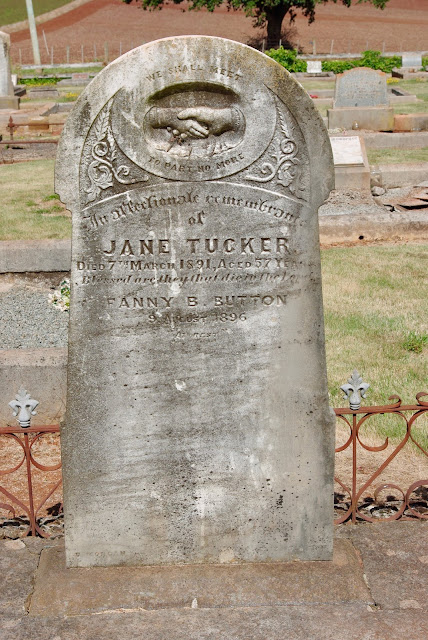 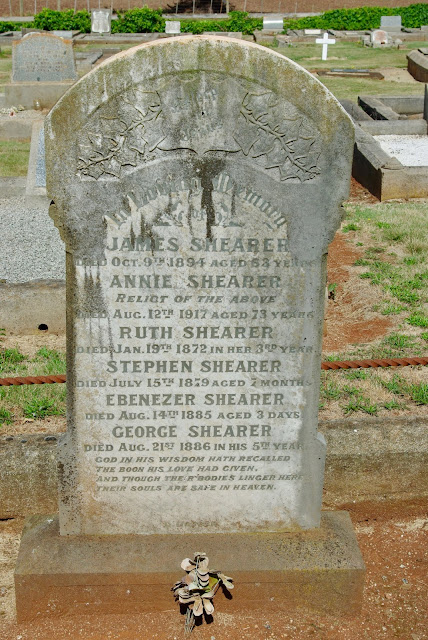 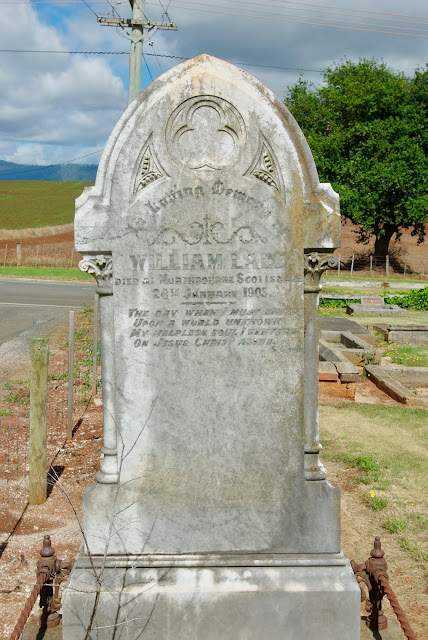 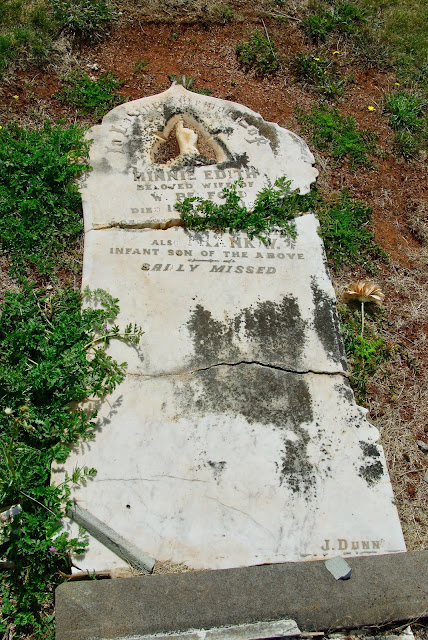 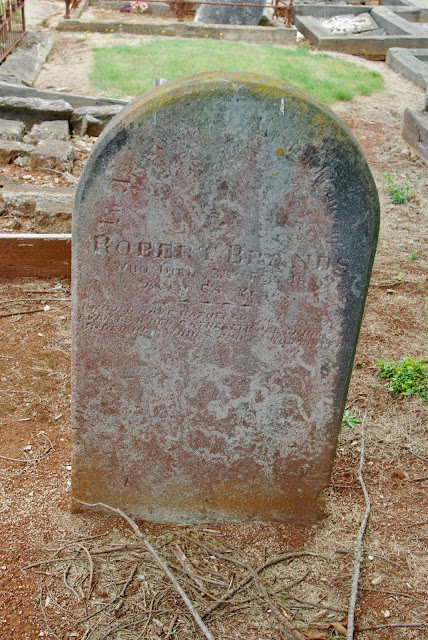 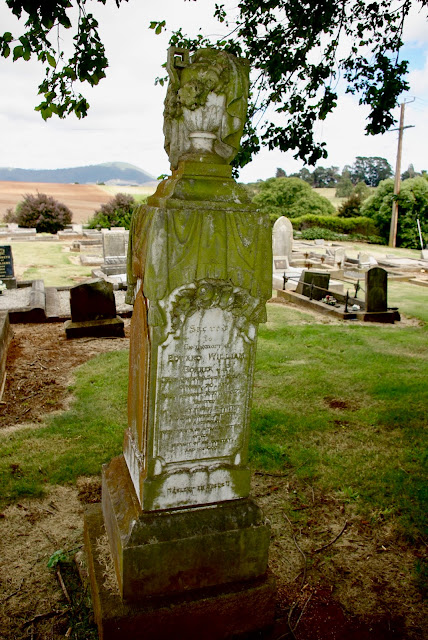