No. 400 - The Chudleigh Methodist Church - "A Step in the Right Direction"

- April 28, 2019
Methodist services at Chudleigh date back to 1874 but these ceased in 1876 when the pulpit of one of the local churches was taken over by a Presbyterian minister.


In 1883 freelance journalist Theophilus Jones visited Chudleigh and recored the following impression of the settlement:

“There is nothing remarkable about the village of Chudleigh, as it does not muster more than a dozen and a half of roofs, the inn, post and telegraph office, two stores, two places of worship, and a few houses and farms by the roadside. The inn, named the Chudleigh Inn, is kept by Mr. Daniel Picket and his wife”.

The ‘two places of worship’ referred to by Jones were Chudleigh’s Presbyterian and Anglican churches. The village was later to acquire two further churches, a Wesleyan Methodist church and a Salvation Army hall. The Methodist church was established in 1885 on a site on Sorell Street. There are only a few written reports concerning the church’s establishment. One of these describes a ‘tea meeting’ held in May 1885 to raise funds to erect a church:

“A largely attended and very successful tea-meeting was held in Picket’s store, in aid of the Wesleyan Church, which is now being built. Between 300 and 400 sat down to tea, and did ample justice to the viands, of which there was an abundant supply. A brief concert of sacred music was held in the evening, in which Mrs A.D. Picket (assisted by juvenile members of her family), Mrs Wykes, Mrs Abey, and Miss G. Abey took part… The building of the new Wesleyan church is generally hailed as a step in the right direction”.

“The Wesleyans have opened a new church at Chudleigh. The Rev. Mr Thompson conducted the opening services on Sunday. The collections were very good. They also held on Monday evening a service of song, the Deloraine choir and other denominations assisting. The attendance was good, the church not being large enough to hold all who came”.

The subsequent recorded history of the church is equally cryptic. Around the turn of 19th century the building was moved to the front of the block on Sorell Street so as to enable extensions to be made at the rear of the church which included a vestry. In 1977 the Methodist Church became part of the Uniting Church but this union proved to be short lived as the Chudleigh church was closed in its 99th year. The process of closure took place in an atmosphere of considerable acrimony considering the timing of the closure, the closure of other Uniting Churches in the area, a lack of consultation with the locals and that it was intended to demolish and remove the building from Chudleigh.

Subsequently the building was sold and was developed into a house. The church may still be found on Sorell Street but it has been altered considerably and is not readily recognisable as a church.


The Methodist Cemetery at Chudleigh 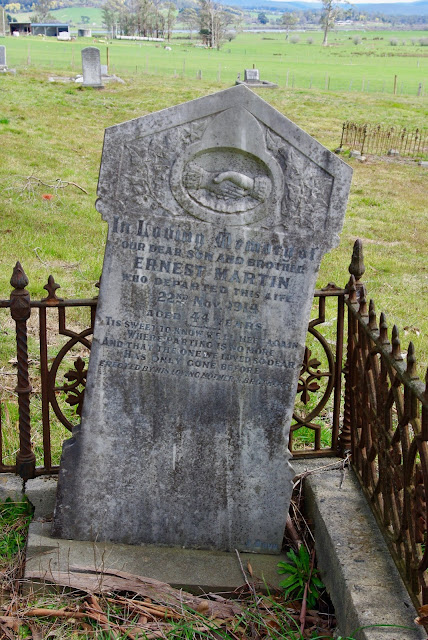 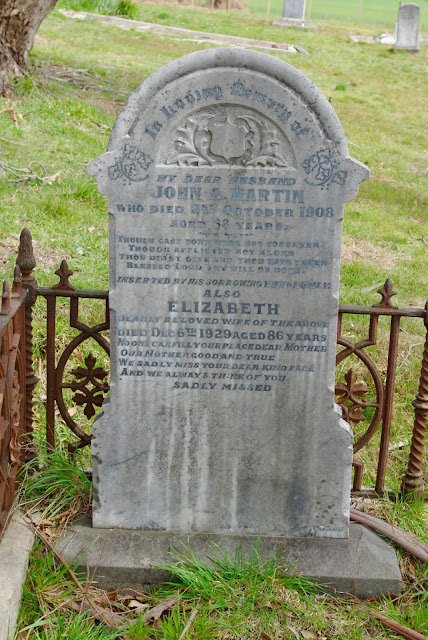 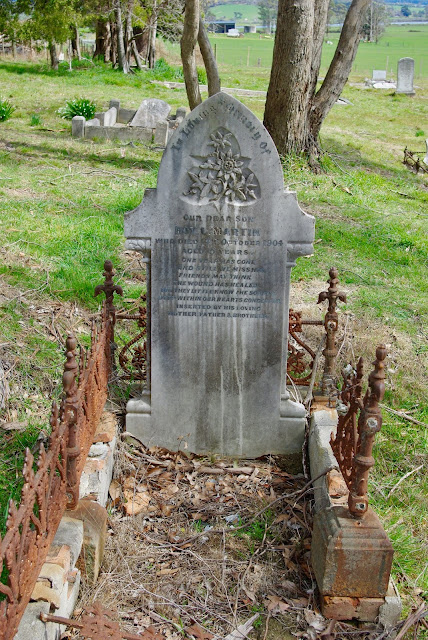 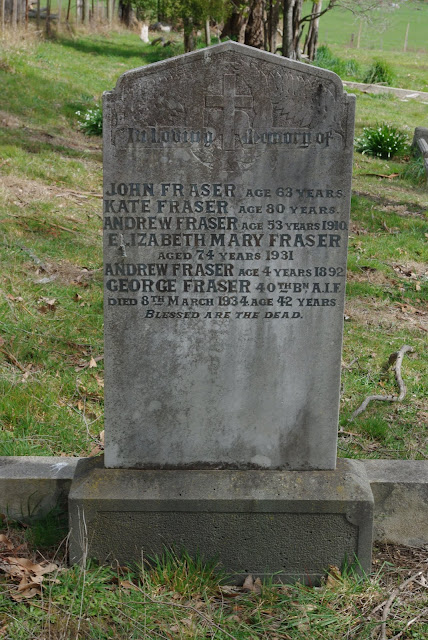 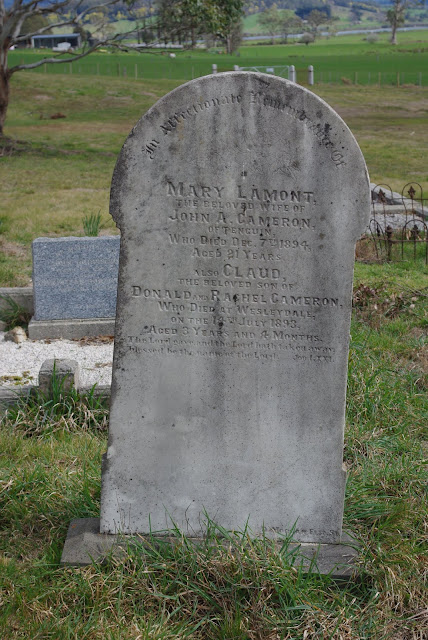 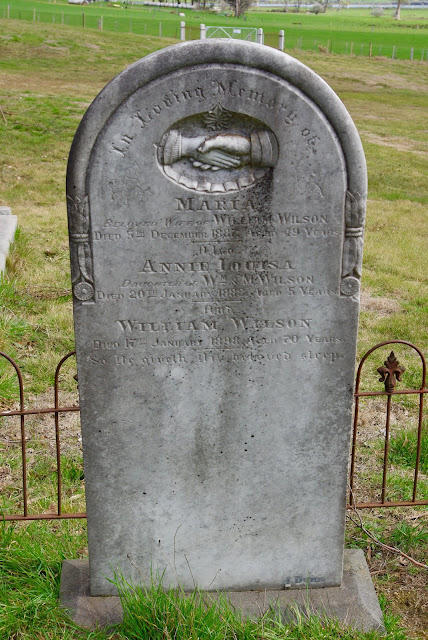 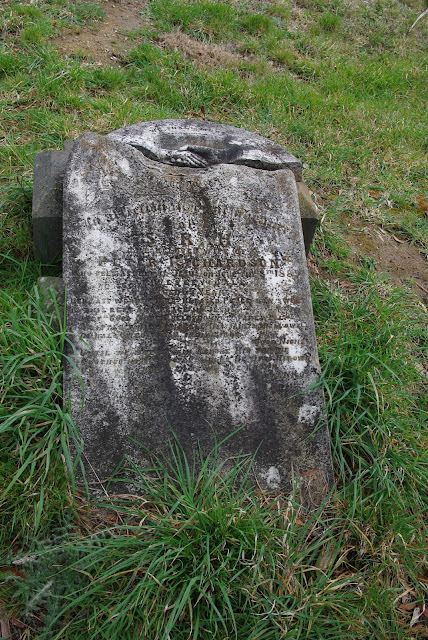 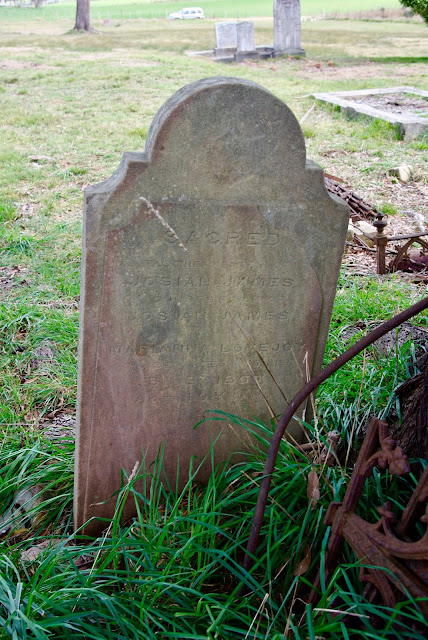 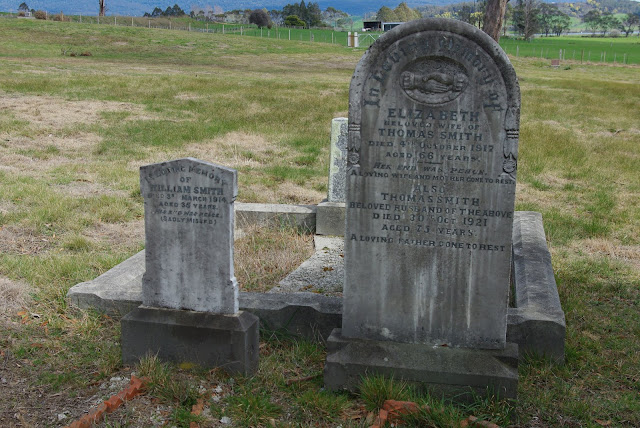 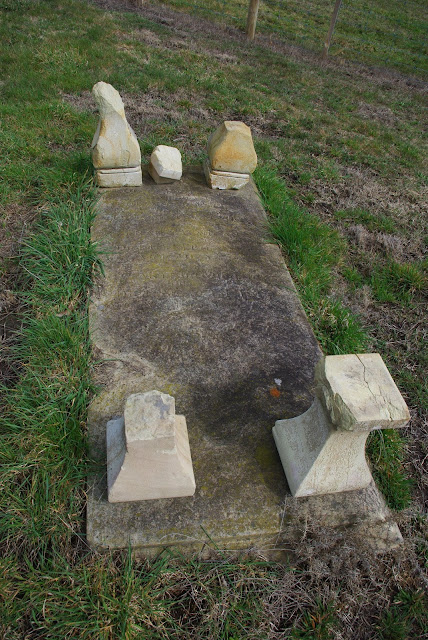 As the lobster flows : Caveside-Chudleigh / an historical record compiled by the Reunion Committee for the Reunion of Caveside and Chudleigh Schools and District, 1994.