- May 13, 2019
Lower Marshes is a farming community on the banks of the Jordan River, about 9 kilometres west of Jericho, in Tasmania’s southern midlands. The area has in previous times been known as Glenexe, Pool’s Marsh and Rose Hill.

The Anglican church of St John the Evangelist, which opened 126 years ago, is a building of significant architectural and historical importance with deep connections to the local community. The church is first mention by The Tasmanian in March 1892:

“The Pool’s Marsh folks are going to have a church built at last. I hear they have quite decided where to build it. I understand it was a legacy left by the late Mr John Jones of Rose Hill. After choosing two or three different sites during twelve months, they were compelled to come back, and build on the estate. I think this site will be more convenient, and another thing, it is quite the proper place for such a building. I suppose it will take another year or two to construct. The Marsh will be quite a township for it is growing by degrees”.

John Jones bequeathed an amount of £250 for a church “for the benefit of his grand-children and others who might be able to attend”. Jones died in 1888, in his 89th year. It was his son, John Jones jun., who worked fastidiously to fulfil his fathers dream which was realised by mid 1893. Launceston’s Daily Telegraph commented:

“Having carried out the pious intentions of his father with characteristic taste and munificence, the little temple is a miniature gem of its kind”.

The “gem” was in fact the work of the renowned architect, Alexander North, of Launceston. It was to be dedicated to St John the Evangelist and was opened and consecrated 25 October 1894 by Bishop Montgomery. The ceremony was recorded in some detail by the correspondent for the Launceston Examiner:

“Jericho was favoured by a visit from his Lordship the Bishop of Tasmania, who had arrived from Hobart for the purpose of consecrating Rose Hill church at the Lower Marshes. Upon his arrival at Oatlands station he was met by the Rev. W. F. Mitchell, and was driven to Rose Hill for lunch, thence to the church; where he was met by the Revs. Morling, of Bothwell, and Wilson, of Green Ponds, and was conducted by them into the edifice. The Bishop proceeded to measure the building, and expressed himself much pleased with everything connected with it. The interior was nicely decorated; some of the texts on the wall no doubt could could have been put up a little straighter, but still they were very appropriate for the occasion. After waiting a few minutes to obtain the necessary signatures to the usual document the Bishop left the vestry and proceeded to the west door, where he was met by the minister's acting churchwarden in the porch (Mr J. Jones, of Rose Hill), who then proceeded to read the usual petition asking the Bishop to consecrate and dedicate the same to St. John the Evangelist".

"After the consecration service was gone through the Bishop addressed a few words to the members of the congregation, which it is to be hoped they will profit by, for his Lordship spoke straight and to the point. At the conclusion the Sunday school children marched, headed by their banner and teachers, to Lynwood, the residence of Mr T. Savage, in whose barn, kindly lent for the day, a tea meeting was held, and a charge was made to help to pay off a small debt remaining on the church, about £30 I understand. About 150 people sat down to the table, which contained plenty of good things, the arrangements speaking well for the committee and the friends who kindly assisted. All seemed to enjoy themselves, especially the small fry. His Lordship was present for a few minutes, and then departed for Rose Hill. I was given to understand that he stayed there that night. The balance of the provender was sold, and I hear a very fair sum was realised".

"The church will supply a long-felt want in that part of the district. It is a weatherboard structure, on a substantial stone foundation. The contractor was Mr Goddard, of Bothwell, who seems to have put in first-class work. The interior is lined with Oregon pine and stained with kalsomine of a pale green colour. The principals and rafters are hardwood, stained oak shade, and varnished. The seats are made of kauri pine, also the prayer desk and lectern. The top of the altar table is blackwood neatly inlaid, as also are the altar rails. The whole of the above was the work of Messrs Russell Brothers, Launceston, who finished their task in first-class style, and the architect was Mr North, of the came city”.

Like his father, John Jones jun., was diligent in providing for the church. On his death he left £350 for the upkeep of the church so that his ‘grandchildren and others’ could continue to worship at Lower Marshes. The Jones family, whose name abounds in the little cemetery, have have been faithful to the covenant established by their ancestors and have continued to support and maintain the church. However, this has not been easy. In 2018 Elizabeth Barsham, a descendent of John Jones wrote:
“In October 1993 a huge gathering of Jones family members celebrated the centenary of the consecration, and since then the family has ensured that regular services keep the church open. About fifteen years ago the Anglican Diocese proposed selling the little church, raising the ire of Joneses who gathered their lawyers and raced to its defence, carrying the day. But it appears they will have to gird their loins once more – the Church of St John the Evangelist is one of the properties on the current "for sale" list”.

Sadly, the church is still on “the list” and is now due to be deconsecrated on Sunday 19 May 2019. Hopefully the “little gem” will be preserved by the community and the Jones family which not only donated the original land, but paid for the building and contributed towards its upkeep for over 125 years. 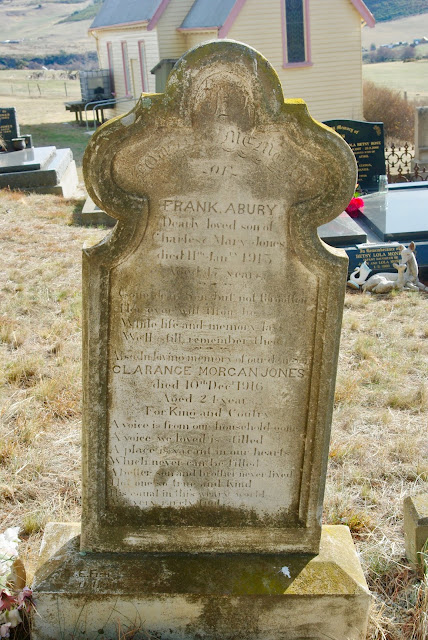 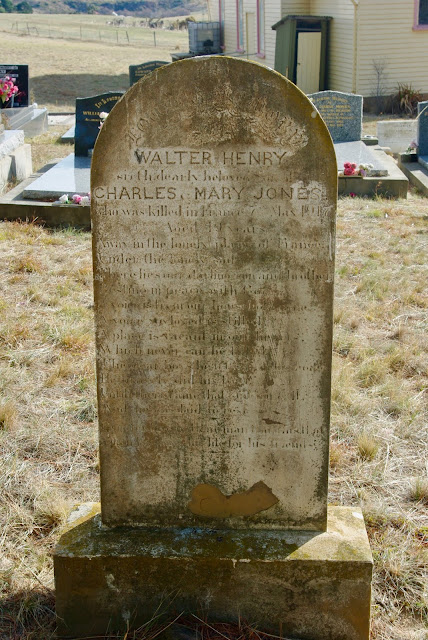 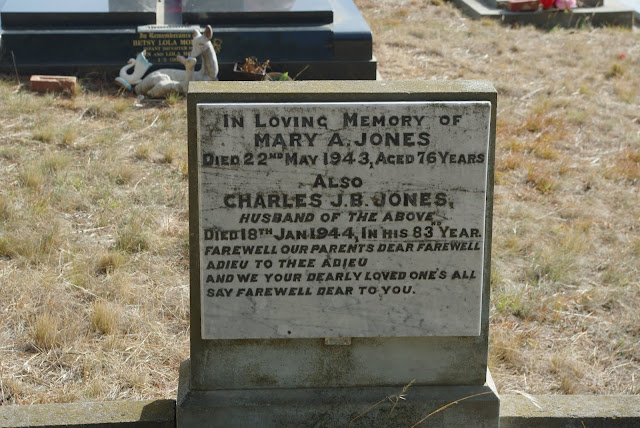 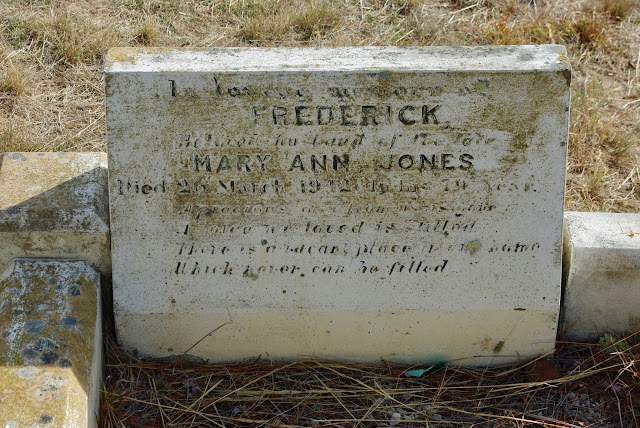 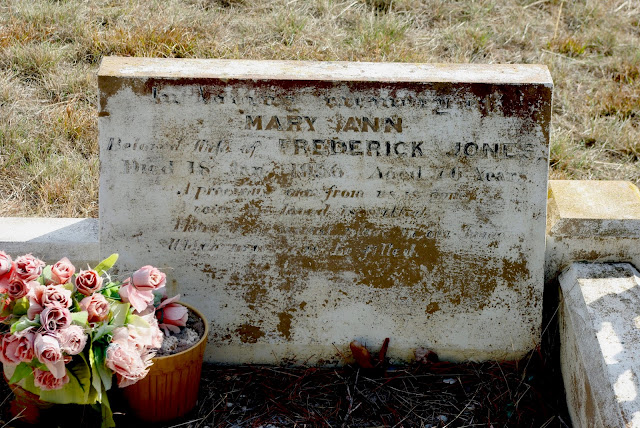 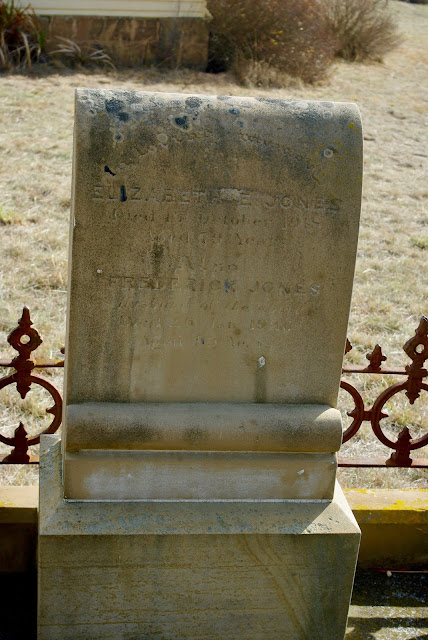 Elizabeth Barsham‎:  Face Book Post made in The Tasmanian Midlands - a pictorial history.  29/5/18