- June 09, 2019
The township of Lefroy lies 15 km east of George Town on the north east coast of Tasmania. Once a mining boom town, Lefroy is now a virtual ghost town. At its peak it had a population of almost two and half thousand but this had declined to only 77 at the time of the 2016 Census.

The area around Lefroy was originally called Nine Mile Springs, a reference to the distance to George Town as well as to the location of numerous springs in the vicinity. It was renamed Lefroy in 1881 after a visit by the Acting Governor, Sir Henry Lefroy. It was a busy town which claimed well over two thousand inhabitants at the peak of the gold mining boom in the mid 1890s. It boasted a race track, rifle club, cricket club and a brass band. There were six hotels, a State and private grammar school, a masonic lodge and a mechanics institute. In 1907 the headquarters of George Town Municipality was relocated to Lefroy and remained there until the 1930s. Once commercial mining ceased the town slowly declined with its school and last church closing in 1954. Many of Lefroy’s miners’ houses were removed to George Town and Beaconsfield.

There were four places of worship established at Lefroy with the Methodists being the second denomination to build a church in the town. The church opened on 5 March 1882 as reported by the local correspondent for the Hobart Mercury:

“We have had rather a pleasant time here, in connection with the opening of the long expected Wesleyan church, on Sunday last, by the Rev. J. G. Millard, of the Launceston circuit….The church was crowded to excess at every service, and the collections made were very good. Mr. Triptree, the contractor for the edifice, deserves great praise for his untiring energy, and the workmanlike manner in which his contract has been performed”.

The traditional fund-raising ‘tea meeting’ held on the following Monday morning was somewhat dramatic with a stampede taking place for the limited seating. The Daily Telegraph’s local correspondent reported:

“On Monday a Tea Meeting was held in aid of the Building Fund, and about 300 people partook of the good things provided. After tea the building was cleared so as to give the Stewards an opportunity of putting the seats in their proper places. While this was being done the crowds outside (waiting to hear the lecture) were pressing close to the doors at the front and back, and when thrown open the rush was dreadful, in fact I thought every moment to hear the front entrance giving way, but fortunately no damage was done, and the building was rapidly filled…. Taking it all though the meeting was successful with one exception, viz: All persons who paid the sum of two shillings enjoyed a splendid tea, but not the slightest provision was made for these people to hear the lecture, as there were close on a hundred people outside who rushed the door and seats and made it very uncomfortable for those who paid”.

Over the next two decades a Catholic church and a Salvation Army barracks were opened at Lefroy. However with the dawn of the 20th century gold mining at the town had passed its peak. The last of the larger mines closed in 1908 and commercial development of the goldfields ended in 1914. With the end of mining the population of the town moved away and the Methodist, Catholic and Anglican churches closed and the buildings were removed. 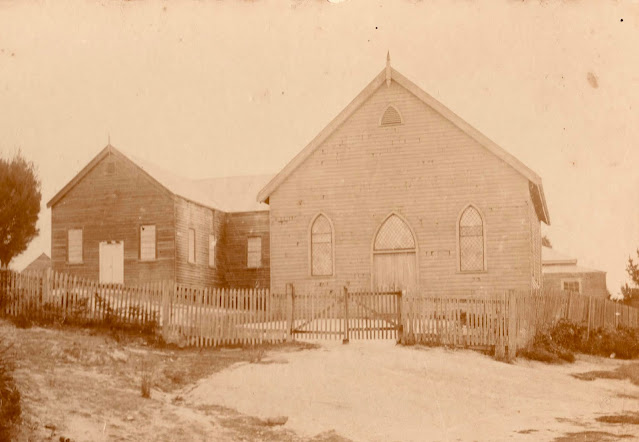 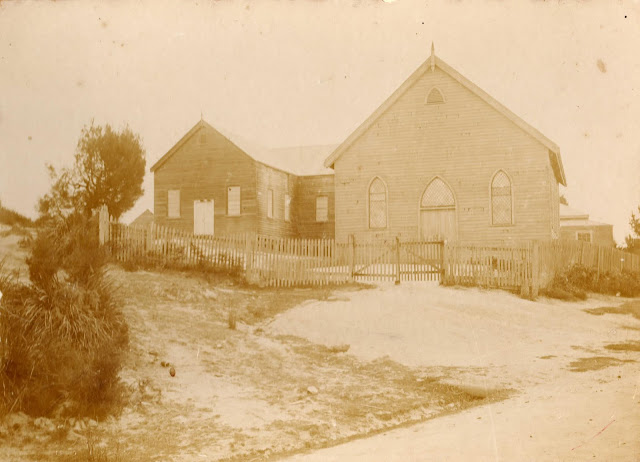 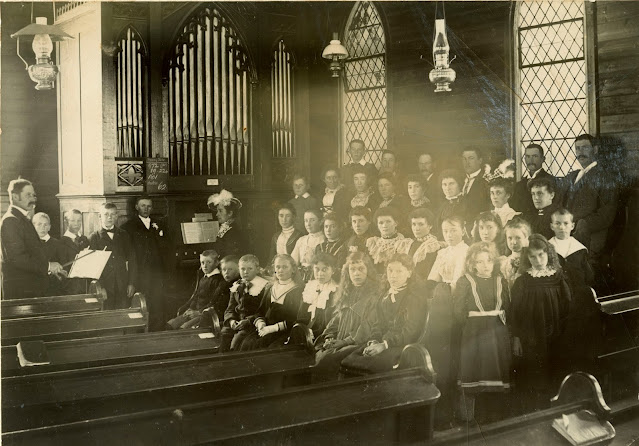 The interior of the church (1908) Photograph supplied by Denise  Walter ©

George Town and District Historical Society’s - A booklet on Lefroy.