No. 448 - Mountain Vale Primitive Methodist Church - "Too Much for Ordinary Mortals"

- June 17, 2019
The Primitive Methodists arrived in Launceston in the late 1850’s and went on to establish a strong following in the north including rural and remote areas such as Mountain Vale which lies between Liffey and Blackwood Creek. The settlement at Mountain Creek has now gone but it still had a small community around the turn of the 20th century as evinced by a correspondent writing for Launceston’s Daily Telegraph in 1904:

“Passing several small homesteads Mountain Vale is reached in about five miles from Bracknell. About twenty rears ago this place was a busy community. Here the late James Green had his sawmill, which provided work for a large number of men. All this is now a thing of the past, though there are large beds of splendid timber within a few miles, but which are being destroyed by ringing instead of being used up for sleepers, boards, etc. There is a comfortable State school under the efficient management of Mr O. Barker, and about a half-mile from the school is the Methodist chapel, the minister of which is Rev. C. Mason of Bracknell. This building, one was told, owes its existence to the efforts of the late William Ross….”

The Primitive Methodist chapel mentioned in this report was by then almost 40 years old. It was established in 1867 to serve the religious needs of sawmill workers and their families. A report of its opening was published by the Launceston Examiner:

“On Sunday, the 17th, the new Primitive Methodist Chapel at Mountain Vale was opened. The Rev. J. Long, of Launceston, preached two excellent sermons to crowded congregations. The chapel is weatherboard on a good stone foundation, with Gothic windows, the lower panes of which are of stained glass. The inside is not yet lined. The cost of erection, fitting up, deed, &c. (without lining), is £108 10s. The land on which it is erected was given by. Mr. James Green. On Monday a bountiful supply of good things were spread out, to which very nearly 300 persons, including children, sat down. The chapel being too small to accommodate all present the public meeting was held in the open air. The proceeds of the opening services amount to, £35, leaving a debt on the premises of £73 10s. Until about two and a-half years ago there was not a place of worship within, many miles, but during that time a chapel at Bracknell, has been opened at a cost of £150; and Mountain Vale is about four miles distant, close under the Western Tier. Both places have flourishing Sabbath-schools in connection with them”.

Given the relative isolation of the small church, it is unusual that its activities received considerable coverage by Launceston newspapers. The church’s anniversary celebrations were reported annually for about 30 years after its establishment but these diminished in length and frequency as the population declined. A report from the Cornwall Chronicle in 1875 provides a rich insight into the Mountain Vale Church and community:

“The anniversary services in connection with the Primitive Methodist Chapel of this place were held on the 18th and 19th April. Sermons were preached by the Rev. G. Mather, of Kyneton, Victoria, at 11 a.m. and 3 p.m. The building was crowded to excess, especially in the evening, when upwards of a score could not find room. The tea meeting on Monday was well patronised, considering the very gloomy aspect of the day, which had the effect of keeping back numbers from a distance, but notwithstanding the threatening appearance of rain it proved quite a success, realising over £9. This has been the ninth anniversary in connection with this place of worship, which has been erected through the exertions of the Rev. W. Walton. The writer heard one of the principal residents say that for a period of 20 years, he never saw a clergyman in the neighbourhood until Mr Walton came, when Mr James Green gave half an acre of land to the society to erect a place of worship on, besides, liberally contributing towards its erection, and still continues to do so towards its maintenance in every way."

"The men employed on his farm, and in connection with his steam saw mill (which are no small number), have a holiday on such occasions, without any deduction of wages made for the day. There are also a few others in thee neighbourhood who liberally support the cause according to their means. The building has also proved a great boon to the neighbourhood, as it is used by the Board of Education as a public school, no other building in the locality being suitable, and the people of the place were unable to erect one. So that the locality is greatly indebted to this society for the benefits brought within their reach, though I am sorry to say they are not fully appreciated”.

In 1878 the church’s anniversary report published in the Weekly Examiner provides another glimpse of the Mountain Vale church community as well as a little humour:

“On Sunday last, the tenth anniversary of the Primitive Methodist Church at Mountain Vale—the estate of Mr James Green—was held. The morning and afternoon services were largely attended, and were conducted by the Rev. Mr Gould, from Victoria, who has recently been appointed to the district. …. On Monday afternoon the annual tea meeting was held in the church, and nearly two hundred were provided for in three relays…. After tea an address was given by the Rev. Mr. Gould on the advance of Primitive Methodism; and Mr Ńilson, school master of the Vale, who acts as superintendent of the church, gave a satisfactory financial report of the condition of church affairs.  During the day the youths and maidens of the congregation amused themselves with outdoor games, which unfortunately were not sufficiently various to be interesting to the participants. What the young folks required were good hearty games of rounders, cricket, foot races, bell the cat, turzy, etc.—six times at drop the handkerchief are too much for ordinary mortals….”

The Mountain Vale church survived until the mid 1950’s when the building was sold. Little trace of it remains apart from the cemetery that was a part of the church grounds.
Further Reading:
"Unquiet Stories from Liffey" by Anne-Marie Condé, concerning the Saunders family at Mountain Vale, is fascinating reading. A link to the article published on Inside Story can be found here: "Unquiet Stories from Liffey"

The Mountain Methodist cemetery and site of the church. Photographs are kindly provided by Narelle Howe. 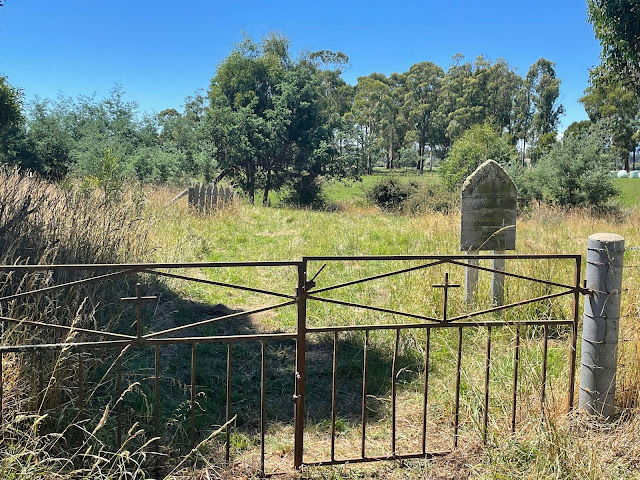 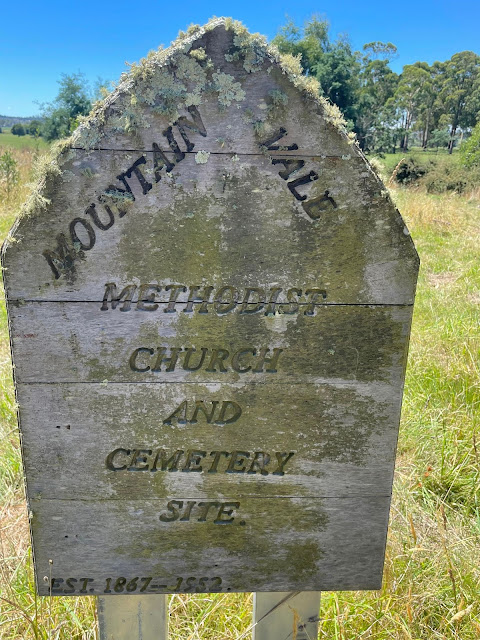 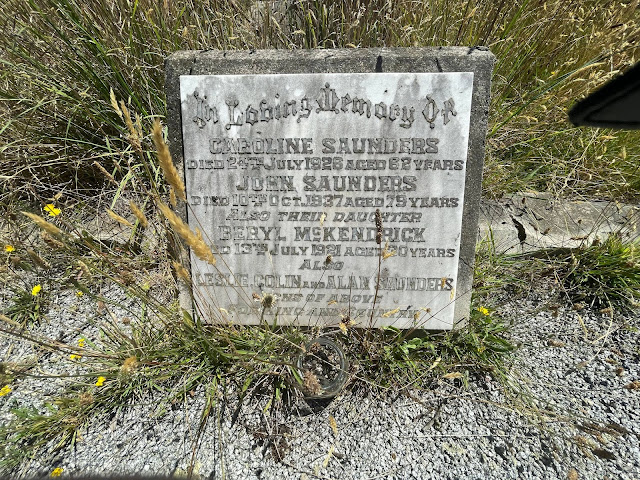 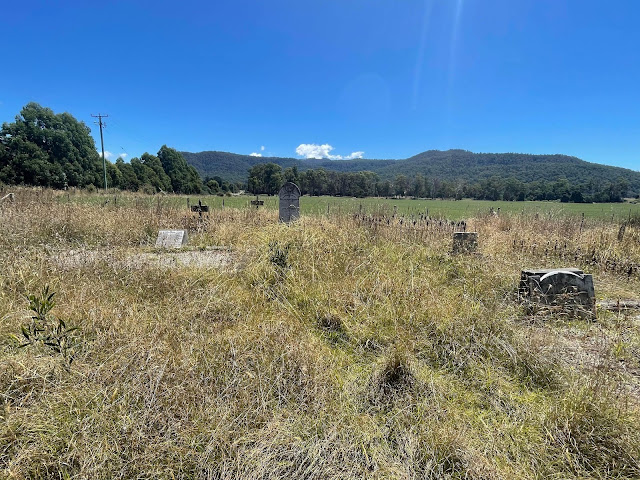 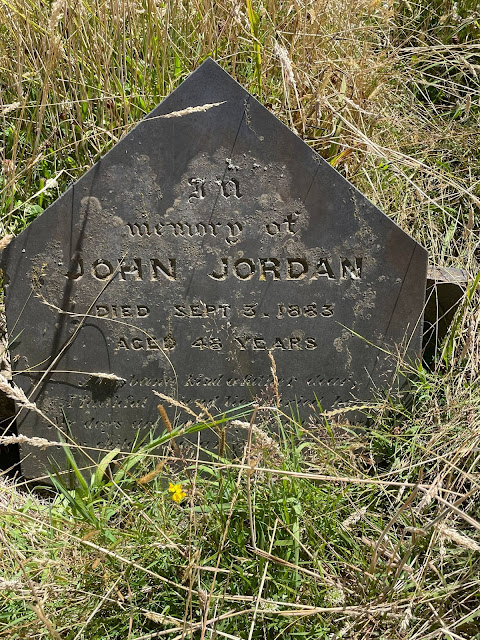 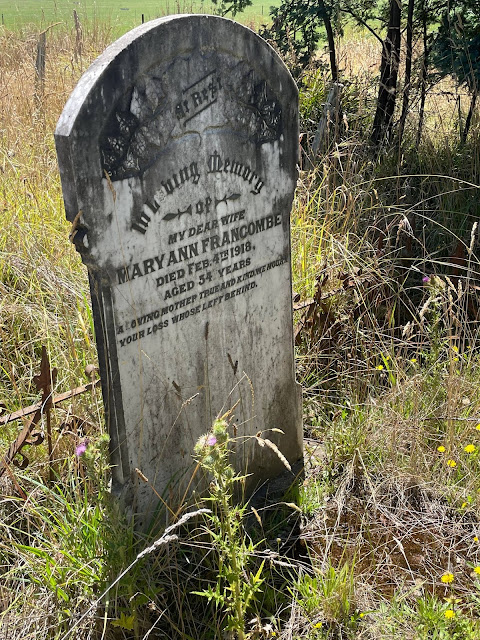 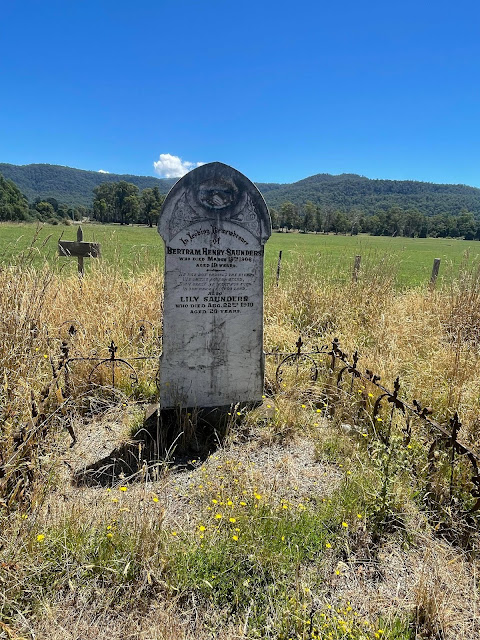 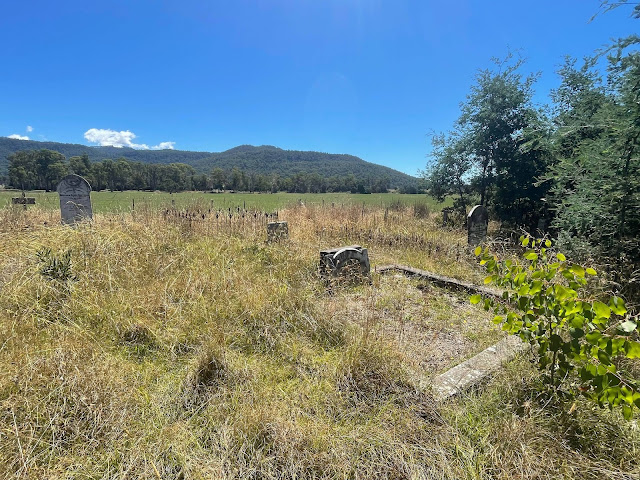 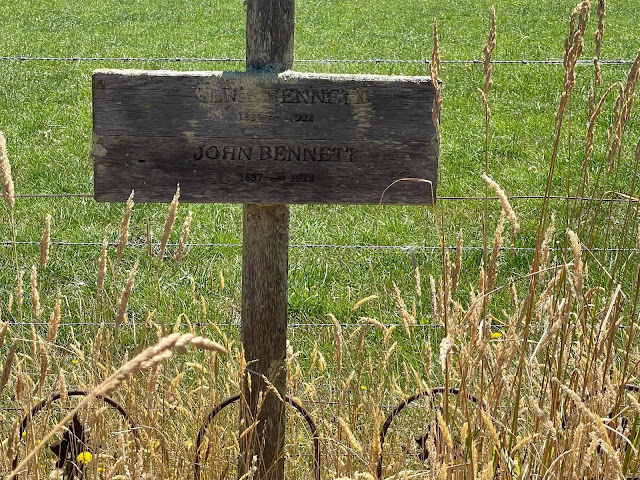 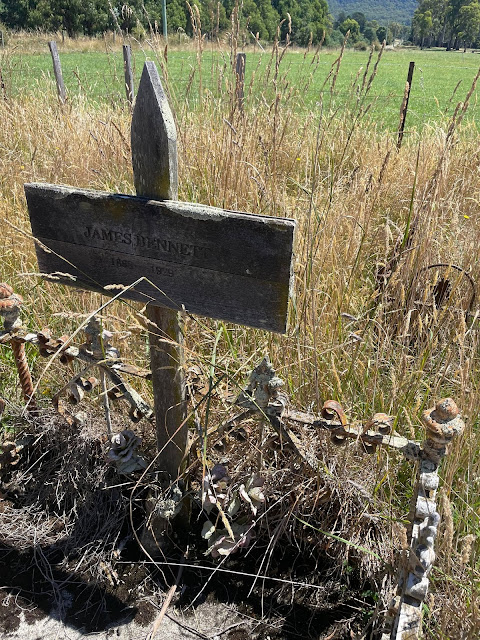 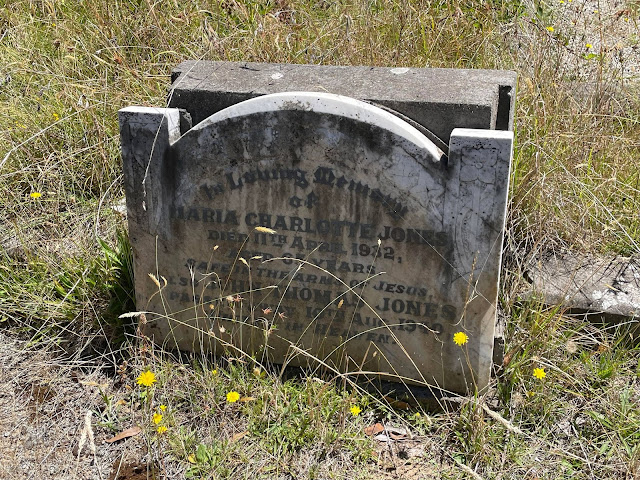 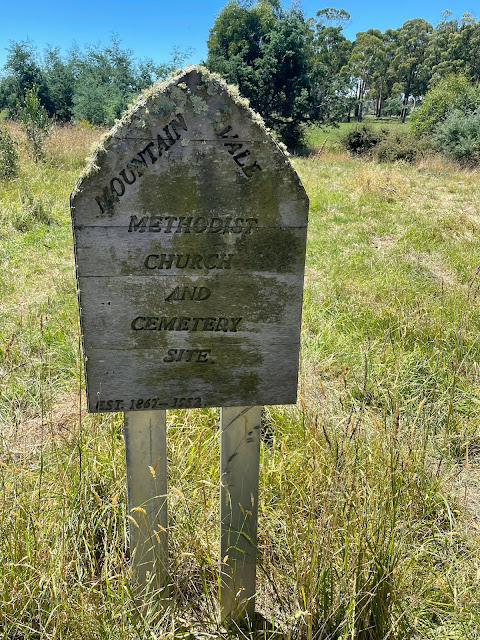