- September 22, 2019
Tea Tree is a semi-rural settlement and agricultural area approximately 5 kilometres east of the Midlands Highway near Brighton and about 20 kilometres north of Hobart. The name comes from a native bush which was gathered by the early settlers to make medicinal tea.

St Thomas’ Anglican church has a long but mostly uneventful history which began almost 140 years ago. In January 1880 the Church of England Diocesan Synod announced preliminary steps to establish a small church at Tea Tree. Rapid progress was made and tenders were called for in August of the same year. In December the foundation stone was laid in a ceremony reported by the Hobart Mercury:

“On Tuesday last, being St. Thomas Day, the corner stone of the new church was laid by the Ven. Archdeacon Davenport, in the presence of about 60 residents. The Rev. F. B. Sharland incumbent of the parish, and the Rev. J.K. Willmer, incumbent of St. Mary's, Kempton, assisted in the ceremony. The weather was all that could be desired, and the surrounding country had assumed a pleasing and picturesque appearance. Although harvesting had begun many of the labouring men and their employers gave up half a day in order to be present at the proceedings, which were of a very interesting character. Mr. J. C. Shipley has the contract for building the new church, which will cost in all, with the interior fittings, about £160. Of this about £100 has been promised, and the committee hope, before long, to be able to raise the balance that is required. Mr Joseph Barwick has given nearly an acre of ground as a site for the church, close to the Richmond road. When the building is ready for Divine Service, the incumbent of the parish intends, with the assistance of a lay-reader, to hold a fortnightly service. Those who have been engaged in promoting this good work have much cause to be thankful that their efforts have so far been crowned with success”.

The church was officially opened on 2 May 1881. The Mercury provides the only published record of the event:

“The new church in this district was opened on Monday last, May 2, by the Ven. Archdeacon Davenport, assisted by the Revs. Canon Mason, C. J. Brammall, S. B. Fookes, and J. K. Willmer, incumbent, in the presence of a very large congregation, numbers not being able to get inside the church. The building, which is of wood, consists at present of nave, 31ft. x 16ft. 6in., and porch, 8ft. x 6ft. Mr. Hunter, of Hobart, is the architect, and Mr. J. C. Shipley, of Richmond, the builder. The church had been prettily decorated for the opening ceremony by the ladies of the congregation, assisted by Mr. J. Ison. We must not omit to mention that the site on which the church stands was the gift of Mr. Joseph Barwick, and who also, together with Mrs. Barwick, showed great hospitality to all the numerous visitors who were present on May 2”.

St Thomas’ and the attached cemetery were consecrated on Monday 5 June 1882 by Charles Bromby, the Bishop of Tasmania.

In 2018 St Thomas’ was listed as one of 73 churches to be sold by the Anglican church to meet its commitment under the National Redress Scheme. At present its future hangs in the balance as the Tea Tree community fight to keep the church in public hands. St Thomas’ and its cemetery are listed on the Tasmania Heritage register with the cemetery being the resting place of many of the early settlers in the district, including the Barwick’s, who donated the land for the church.

A few of the historical headstones in the cemetery: 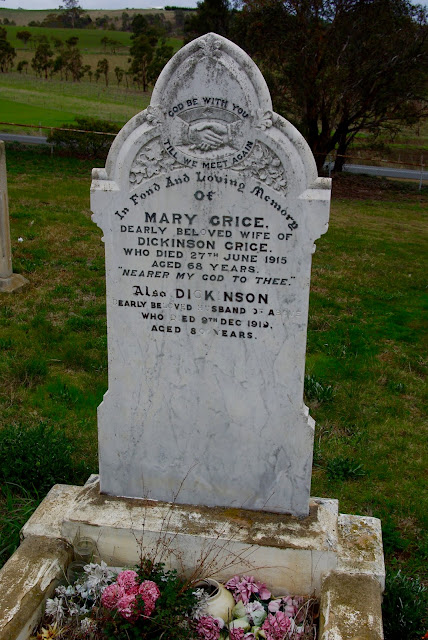 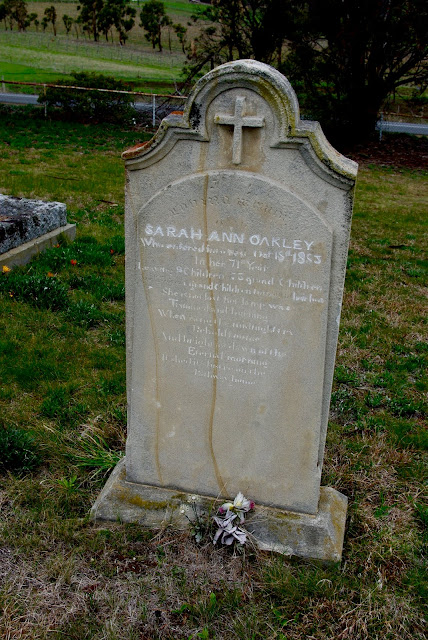 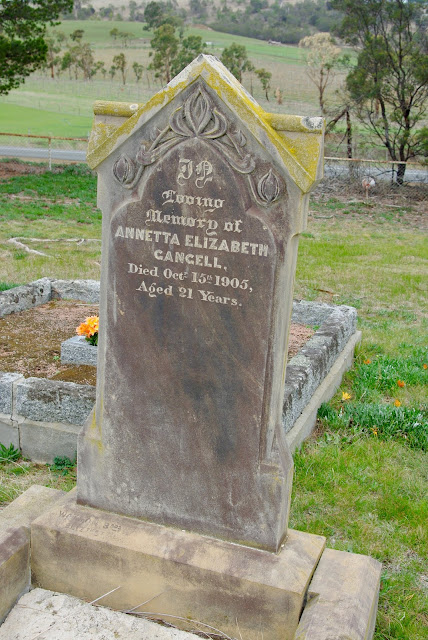 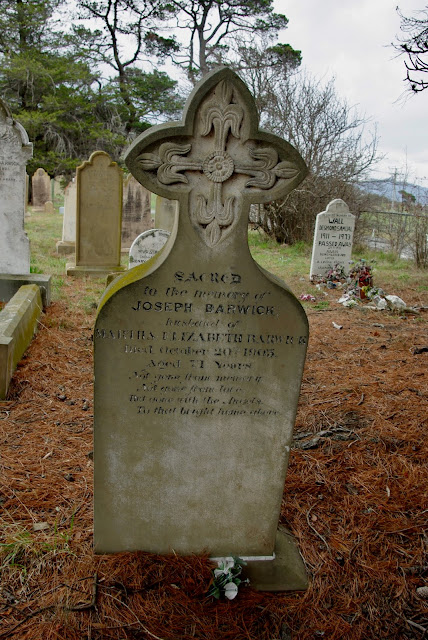 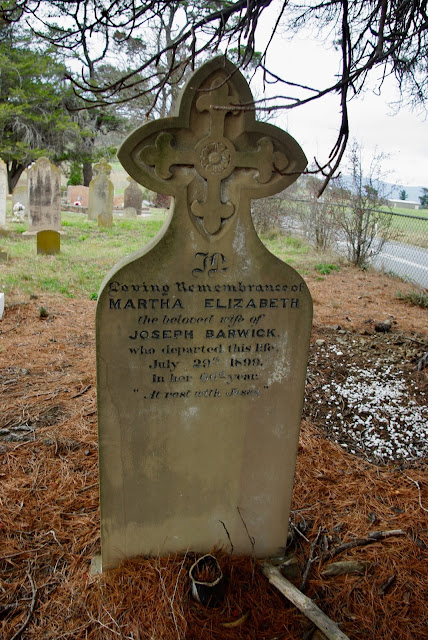 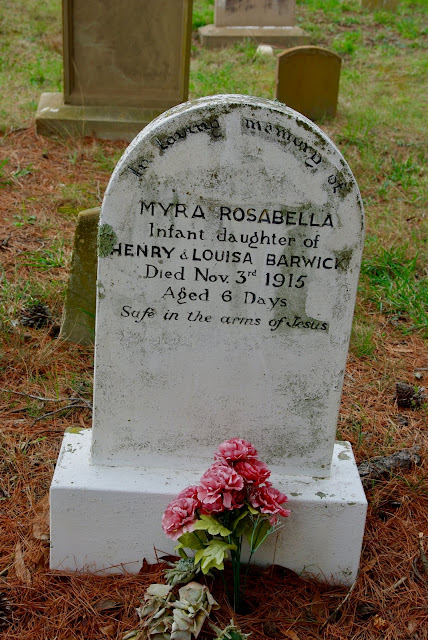 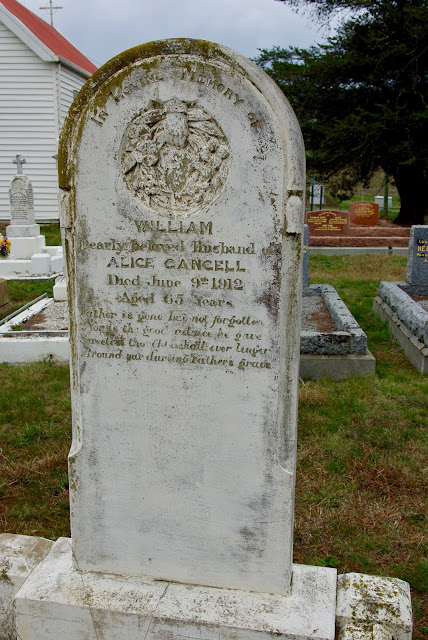 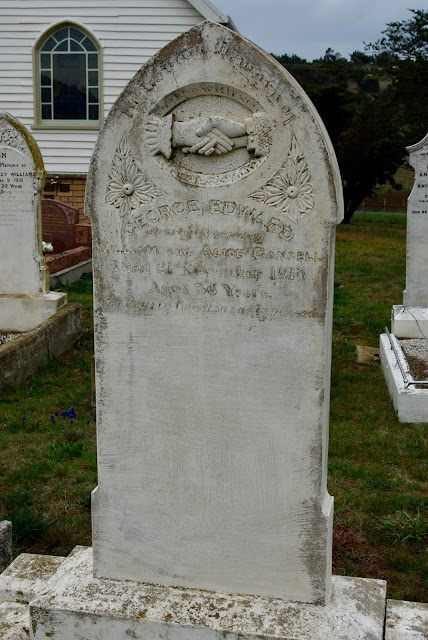 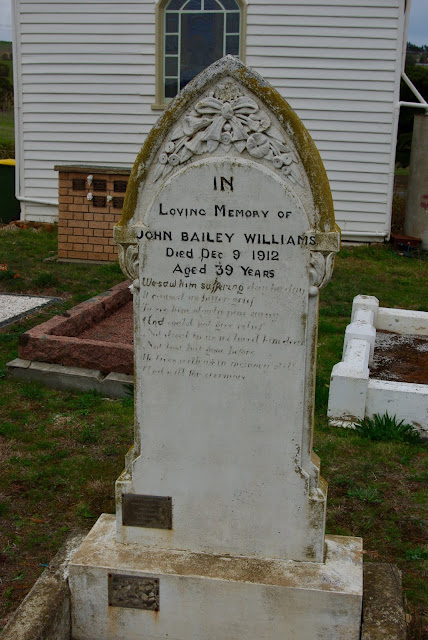 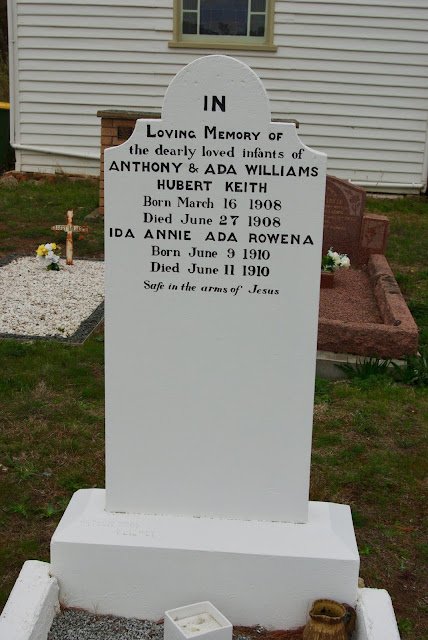 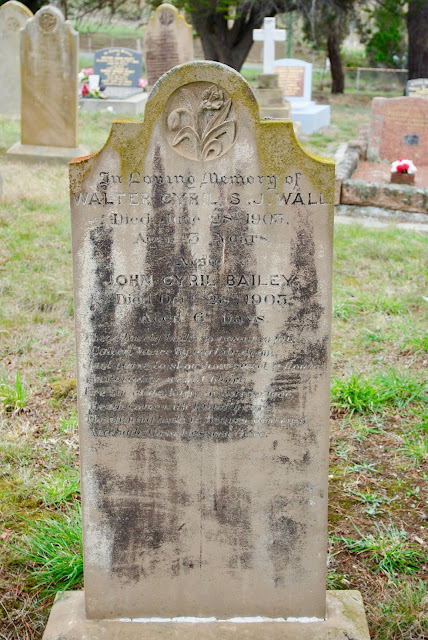 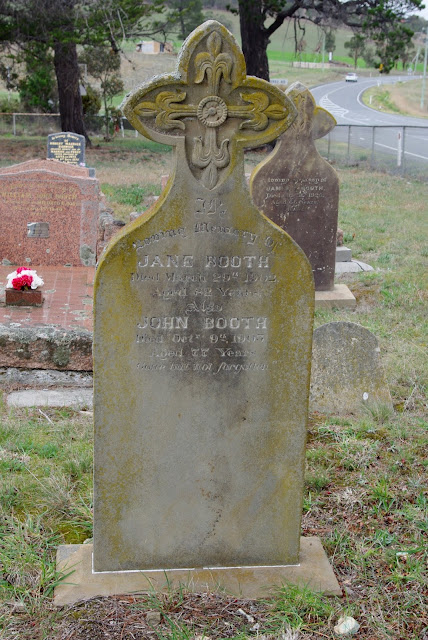 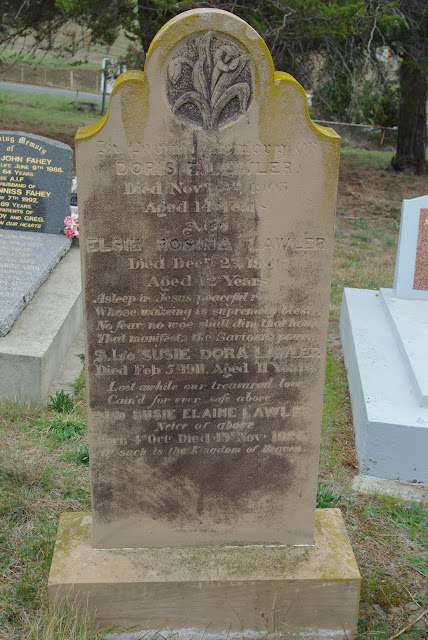 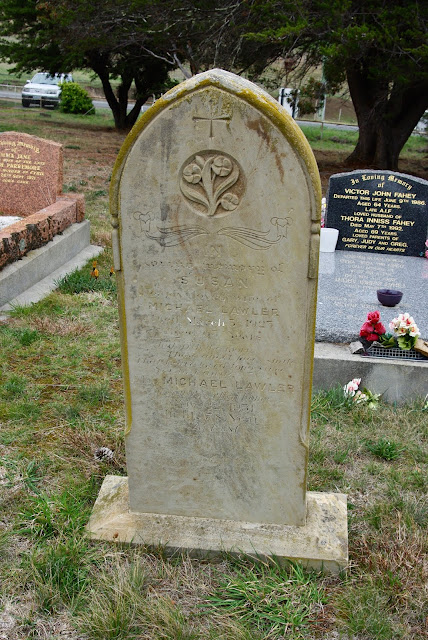 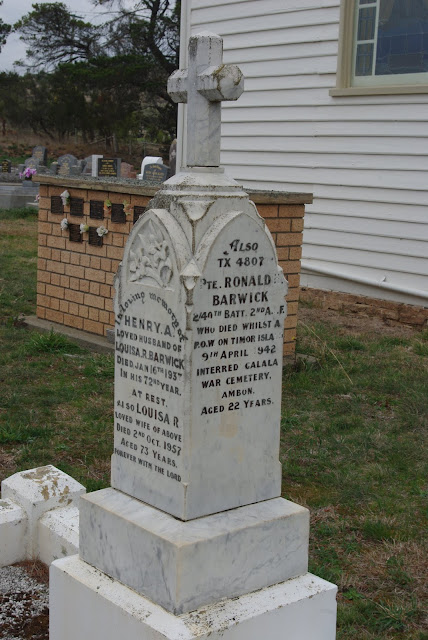