- September 26, 2019
Woodsdale is a farming district approximately 30 kilometres southeast of Oatlands. It was first settled in the 1860’s by Martin Bourke and later named after Norman Woods, an Inspector of Roads, who laid out the district’s roads in 1881. A State school and a post office were established in 1884 but Woodsdale had to wait a quarter of a century more before it acquired a church.

Perhaps the most interesting aspect of the history St Matthias Anglican Church is that it took almost 20 years to build. The reason for this delay was squabble over selecting the best site for a church to serve the district. The saga was described in the Hobart Mercury on the occasion of the foundation stone laying ceremony in August 1909:

“It is somewhere about eighteen years since the erection of an Anglican church was first mooted at Woodsdale. Two sites were offered gratuitously - one by Mr. P. C. Wagner, and the other by Mr. F. George Roberts - and were situated about a mile apart, the former one about three-quarters of a mile south from the State School, and the other about a quarter mile north from that building. A controversy arose as to which was the more central (both were highly suitable for a building of this kind), and the feeling resolved itself into a north v. south faction, with the result that a poll on the troublous question was instituted at the State-school, which practically killed the movement for many years. En passant, Mr. Wagner's site was chosen by one vote. However, the Rev. Thomas Pitt, who had been minister for the district for a number of years, took up the cue a few years ago, and the movement materialised. Mr. C. A. Wiggins, the esteemed post and telephone conductor at Woodsdale, whose residence and property adjoins the State-school, was interviewed with regard to a church site (it was pretty well known that he was willing to give one gratuitously before this), with the result that an eminently suitable piece of ground, a quarter of an acre in extent, was secured and duly surveyed. Its centrality - it is within a stones-throw of both the Post Office and the State-school, on the same side of the main road as the former, and about 300 yards south from the Public-hall-commanded unanimity at once. Mr. Pitt bore the cost of the heavy timber, which was sawn locally, and public subscriptions were taken up…..”

“The laying of the foundation-stone of the church took place the other day. The morning broke inauspiciously for a fine day, and this was verified before its close, for showers fell during tho day, and militated against a very large attendance, which was composed mostly of local people…..The Bishop's (Dr. Mercer) absence (unexplained) created great disappointment, as he was to have performed the ceremony. However, a proxy was found in Mr. T. C. Hodgman, M.H.A., the Rev. Thomas Pitt conducting the ceremony. The proceedings were very impressive, and at the conclusion the offertory laid on the stone amounted to £7 12s. 6d. After the ceremony, which took place early in the afternoon, luncheon, comprising all the delicacies of the season, and provided by local ladies and supporters, was partaken of at the Public-hall. It was a convivial gathering….”.

The church was dedicated to St Matthias in March 1911. The Hobart Mercury carried a report on the ceremony:

“The ceremony of the dedication of the new Anglican Church at Woodsdale (St Matthias) was performed by the Ven. Archdeacon Whitington, assisted by the Rev." W. Earle, rector of Buckland parish, in the presence of a crowded congregation on Sunday….The Archdeacon, during his address, remarked upon the pleasure it gave him at such a perfectly appointed and faithfully built edifice. The building reflected great credit on the architect and builders (Messrs. P. C. and George Wagner), and he specially eulogised the Wagner family for the interest, they had taken in furthering the church’s interest…. The building which is a large one, is of pine in Gothic style, all all the windows being encrusted amber and green glass, which lends a pleasing and subdued lighting effect. The chancel furniture, with the exception of the Bishop’s chair (which is the Rector's gift), are all gifts from the younger members of Mr. P. C. Wagner’s family, and consists of handsomely carved communion table, prayer desk, and lectern in American red pine, and Huon pine. Mr. and Mrs. B. Smith and P. C. Wagner presented some seats, which also are of American red pine, and of approved ecclesiastic! design…..At the opening service four infants were christened….”

In 2017 St Matthias was nominated to be sold to meet the Anglican Church’s commitment to the National Redress Scheme. Due to community pressure the church was withdrawn from sale and continues to serve the Woodsdale district. The Woodsdale cemetery lies approximately 2 kilometres south west of St Matthias. 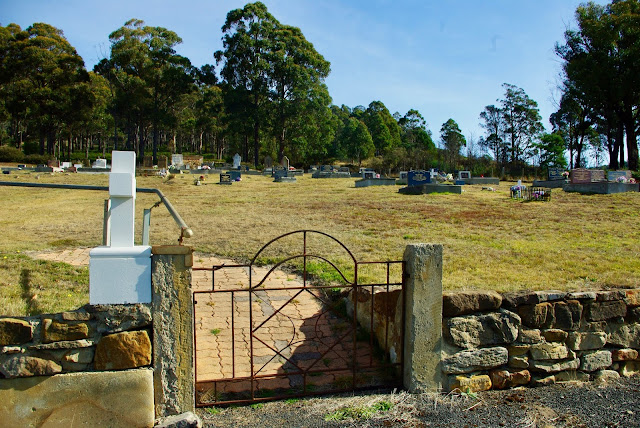 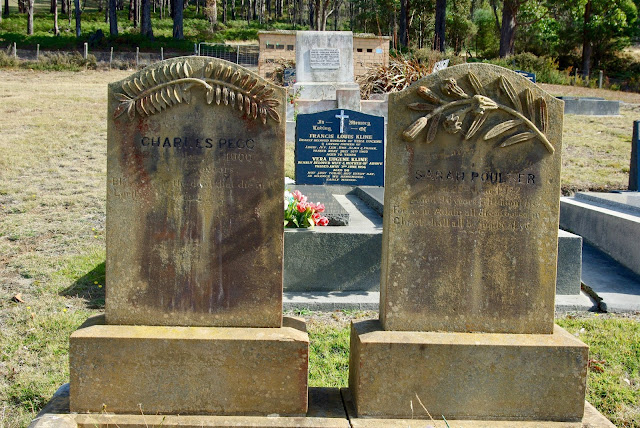 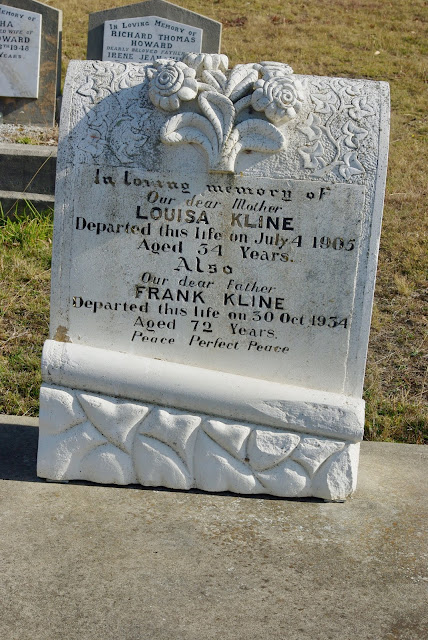 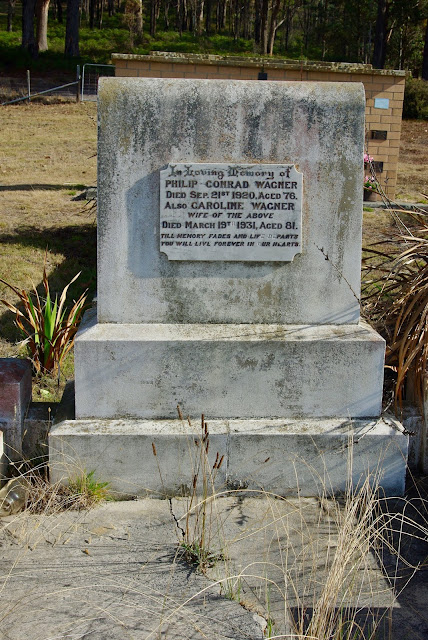 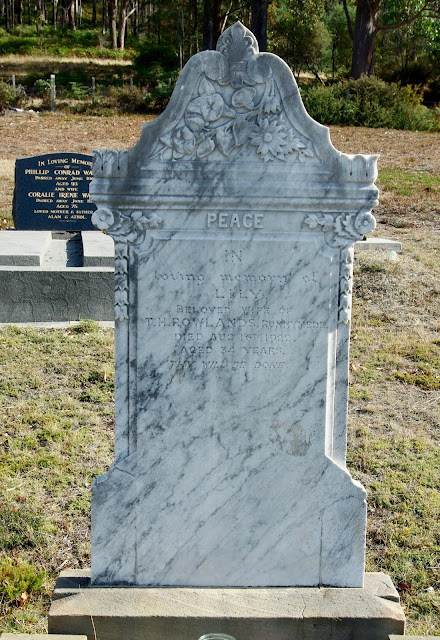 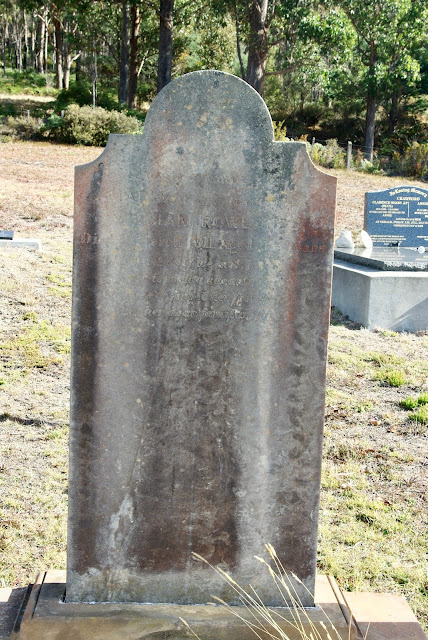 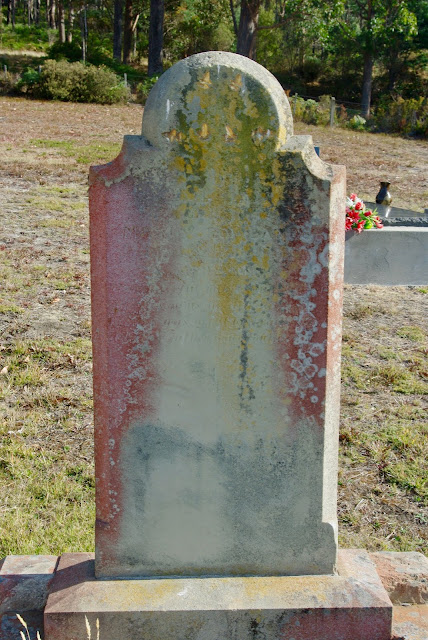 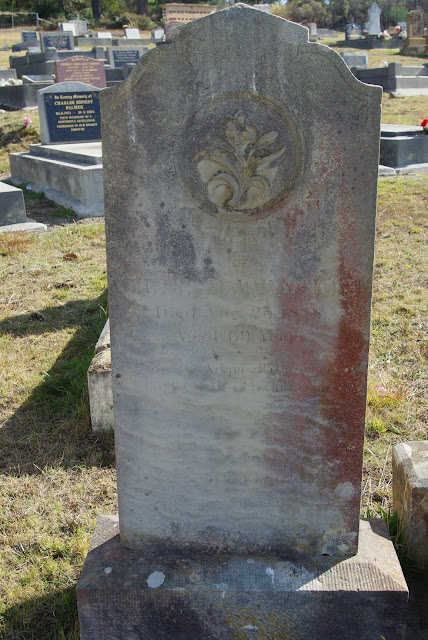 All photographs taken by Duncan Grant - 2019