No. 561 - Ouse - The Church of the Immaculate Conception

- October 08, 2019
Ouse is a country town on the Lyell Highway approximately 90 kilometres west of Hobart. It is situated on the banks of the River Ouse, after which the town is named. In its early years the settlement was known as Ouse Bridge but by the 1860s it had been reduced to The Ouse or Ouse.

In 1889 a local correspondent for the Tasmanian News wrote:

“Intelligence from this town rarely finds its way into the columns of the Tasmanian News. The reason is simple. We live lives uneventful; we rest content with our lot, and are pleased to observe without being observed….”

Indeed, 'not being observed'  has presented a challenge in finding information about the establishment of Ouse’s Catholic church, one of only two churches in the town. Advertisements placed in the press at the time do provide information about the ceremonial laying of the foundation stone and the church's dedication but neither of these events were reported by Hobart newspapers.

The establishment of a Catholic church at Ouse was proposed in 1875 following the donation of land by Walter Gellibrand, the Member for Derwent and later President of the Legislative Council (1884-1889). The foundation stone was laid by Bishop Murphy on 13 February 1878. The building was opened and dedicated as the Church of The Immaculate Conception on Wednesday 15 October 1879.

The only available description of the church’s opening and dedication is preserved in The Catholic Standard, a summary of which is taken from the book ‘From Black Snake To Bronte’:

“Father Gilleran of New Norfolk had made all the necessary arrangements beforehand, so a large party had left for Ouse on the 14th for the official dedication in very high spirits. All thoroughly enjoyed the wonderful spring weather and beautiful scenery up the Derwent Valley and arrived in Hamilton by mid afternoon. Following an excellent lunch, the party was back on the road to Ouse. It was said that the group could see the newly constructed church glistening in the sun for a distance of at least 6 miles. The following day saw a tremendous turnout for the dedication ceremony, with people from Hamilton, Ellendale, New Norfolk and Marlborough all well represented. The 34 ft by 16 ft church building was declared a "gem" by all present.Thanks were given to the Honourable Walter A.B Gellibrand for his generous donation of the land on which the new church sat, to Mr Henry Hunter for his design of the new church and to Mr Lewis, who had executed his wonderful building skills in a way that could not be faulted. The diamond panel windows (which incorporated sapphire blue crosses) were considered a particular highlight of the design. At the end of the service, it was announced that the debts for the new church stood at 100 pounds and a resultant collection around the gathering throng saw an amount of 83 pounds collected”.

The Church and its cemetery are listed on the Tasmanian Heritage register because of its association with Henry Hunter:

“Hunter was one of the few notable Roman Catholic professional men in Hobart. He dominated the architectural scene in Tasmania where his admiration for Augustus Pugin, leader of the English Gothic revival movement, influenced his work especially in the churches he designed. His treatment of this style gave a pleasing effect to even the smallest church while his use of local materials enabled him to blend a wide range of building stone in a delicate manner”.

The church is described in the register as ‘Victorian Academic Gothic’. It is now the only Catholic church in the region since the closure of the church at nearby Hamilton. The church was locked when I visited therefore I was unable to take photographs of the interior.

All photographs below are my own unless stated otherwise. 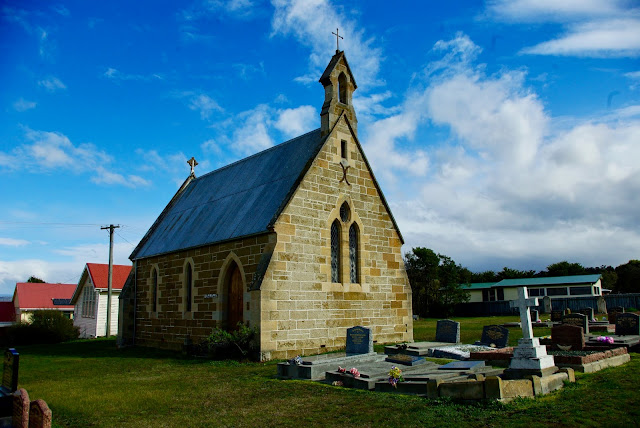 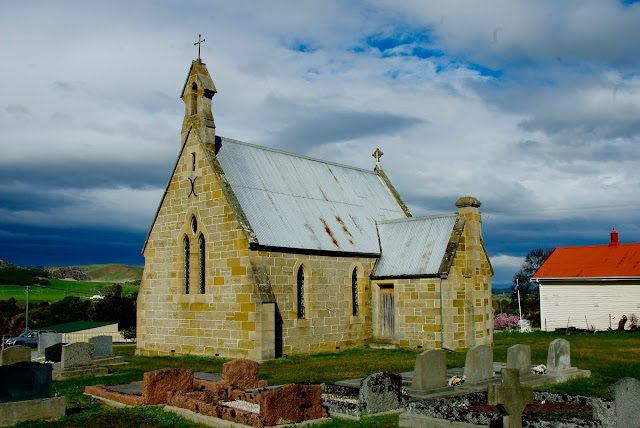 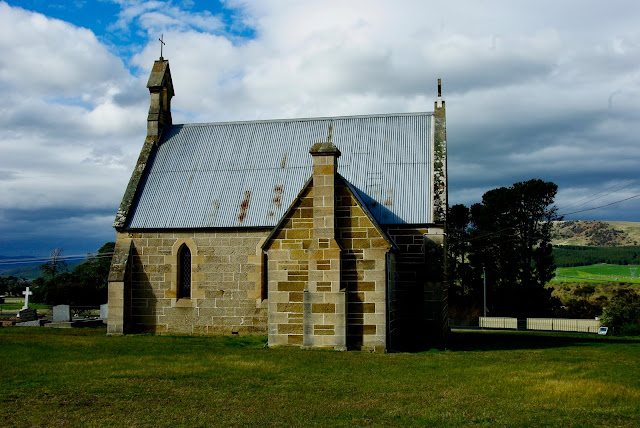 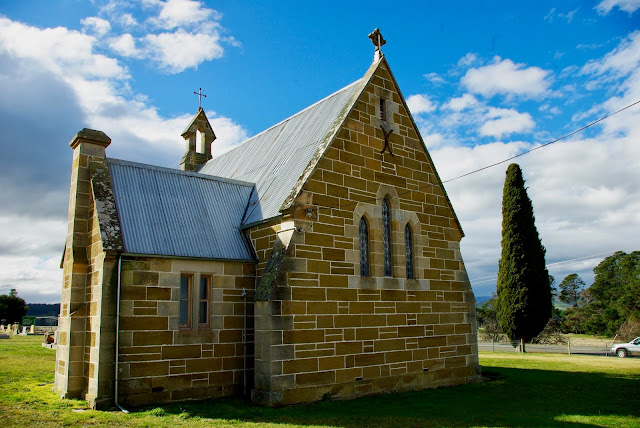 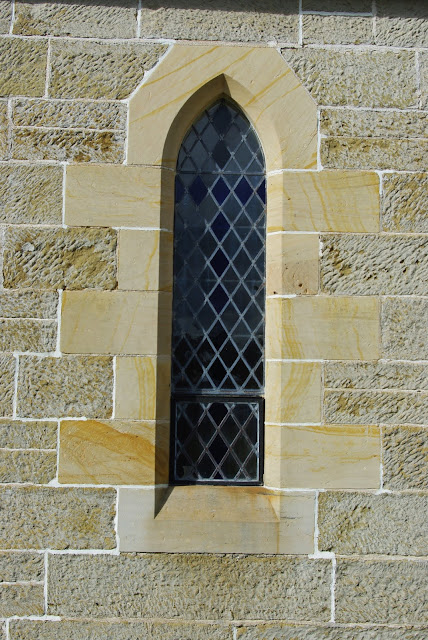 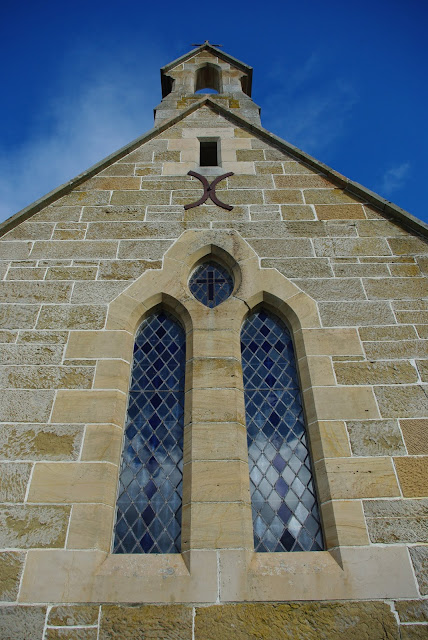 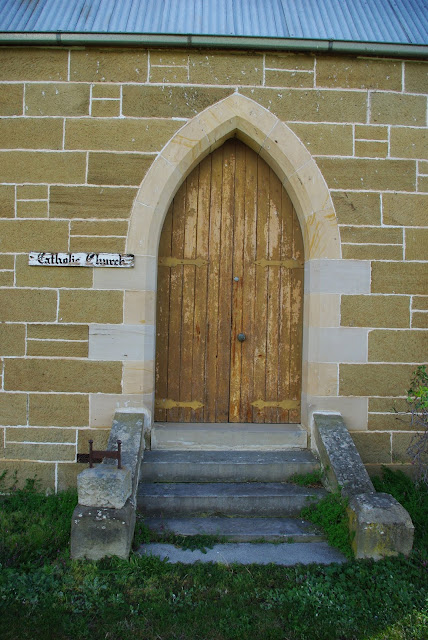 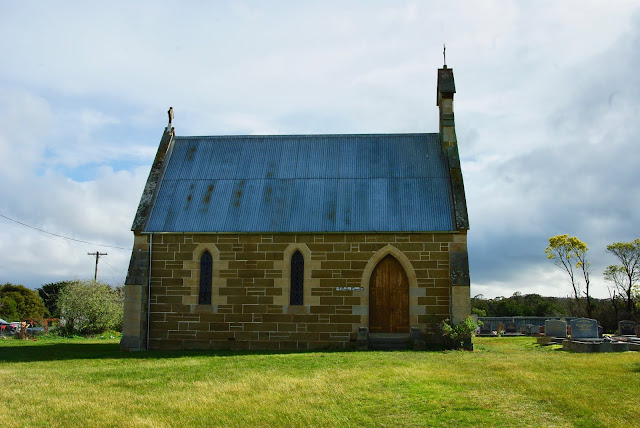 A few of the headstones from the historic cemetery: 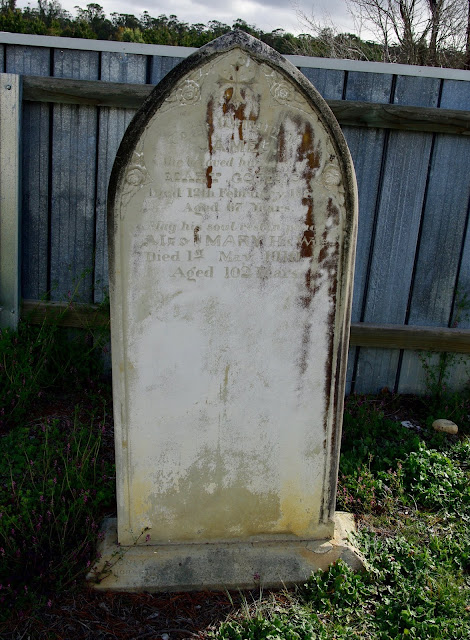 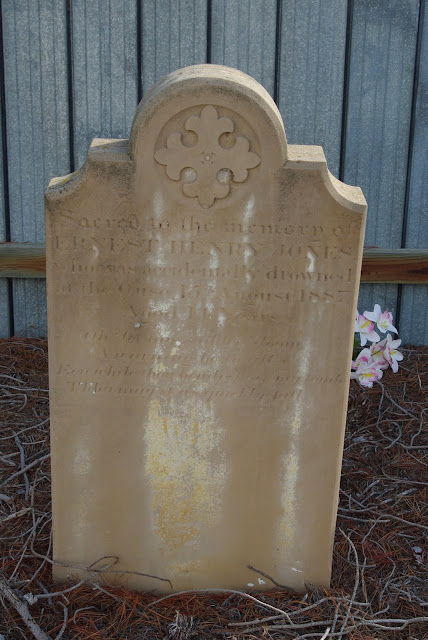 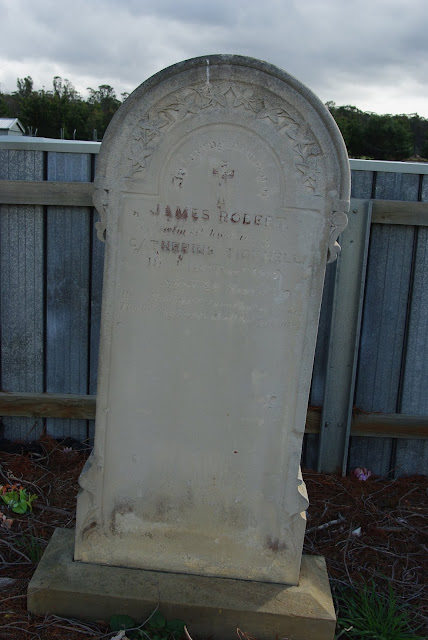 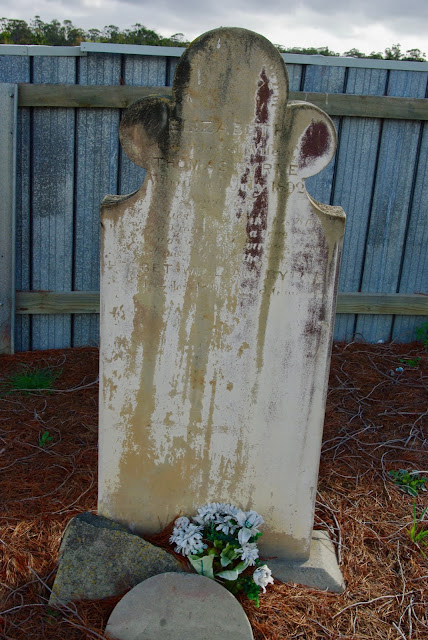 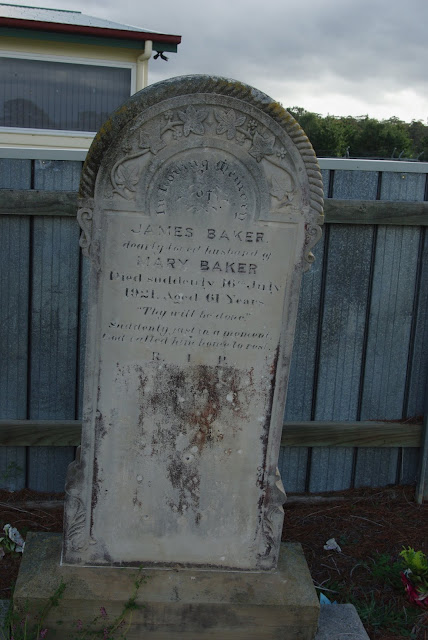 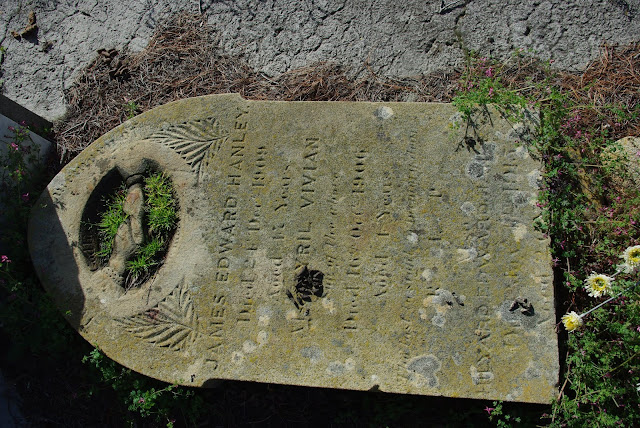 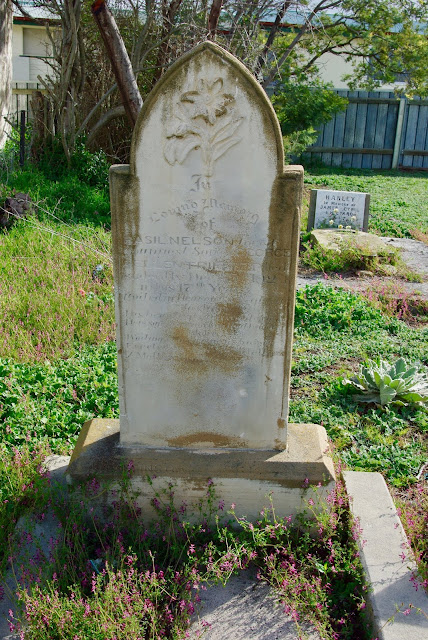