- October 29, 2019
Richmond is a heritage town located in the Coal River Valley approximately 25 kilometres east of Hobart. The valley was one of the earliest areas penetrated by the first British settlers outside of Hobart. The settlement began around 1823 when a bridge was constructed across the Coal River, so named because of coal deposits in the area.

The 1830’s was a time of church building at Richmond with the historic St Luke’s Anglican church and a Catholic church, St John the Evangelist, both constructed during this decade. The Independent or Congregational community used Richmond’s Court House as a place of worship around this time. The first services were held by a visiting minister Reverend Joseph Beazley and later by Reverend Alexander Morison. In September 1844 Reverend Moses Parker was appointed the first permanent minister by the Congregational Mission Society.

Following Reverend Parker’s appointment a chapel was built in Torrens Street on land donated by John Kestall Buscombe and was substantially funded by the wealthy merchant Henry Hopkins. Unfortunately Reverend Parker died before the building was completed and his death created a crisis for the Congregationalists. The 1845 Annual Meeting of the Colonial Missionary society recorded:

“…Another moral trial to which the society is exposed, is its inability to procure a suitable successor to Mr. Parker. He had been instrumental at Richmond in the course of twelve months in converting nine Individuals to God, who had been formed into a church, and they were now destitute of a pastor….”.

Construction of the chapel had begun in January 1845 and the building, of which no image exists, is reported to be of stuccoed brick, measuring 35 feet by 22 feet with a small stone portico at the front. The land surrounding the chapel was used as a burial ground.

The chapel opened on 3 December 1845 with a morning, afternoon and evening service. As the congregation was without a permanent minister, it was supplied by various ‘helpers’ until the arrival of Joseph Foote, a Colonial Missionary agent, in February 1848. However, a second crisis struck when Reverend Foote suffered an ‘apoplectic fit’ following Sunday evening Divine Service in July 1848. Thus, 5 months after Foote’s appointment, the chapel was again without a minister. Over the next two decade the chapel experienced a rapid succession of ministers. In 1868 Reverend David Tinning (a former Wesleyan minister) was appointed and this brought about a change in fortune.

Reverend Tinnings’ ministry and his hard work in the community attracted more worshipers ushering a period of stability and growth. The old chapel, derogatorily referred to as “a half barn place” was now deemed to be inadequate for a growing congregation. The foundation stone for a new church on Bridge Street was laid in September 1873 and the building opened in January 1875. The old chapel was rented as a meeting place for the Good Templars and the Odd Fellows Society.

The Torrens Street chapel met with a dramatic end in a terrific storm on Wednesday 4 October 1876. The Hobart Tribune reported:

“The township of Richmond was on Wednesday, last visited by, one of those fearful hurricanes, which happily.; for every one do not often occur. It soon made itself known to the inhabitants, by laying waste several fences, trees, etc., and in its course through the township, levelling the chimney of the house occupied by the Rev. Mr. Tinning, and that of the house of the person adjoining, continuing its course of destruction to tho old Wesleyan Chapel [sic] , which was used by the Good Templars of the district as a lodge room, also by the Odd Fellows for the same purpose, and at once taking the roof from a position it has occupied for many years, I should presume, judging from its antiquated appearance; and laying it across the street to the schoolroom opposite. One corner in its descent caught the roof of house adjoining, and almost dragged it to the ground. Many of the tradespeople of the township were soon at the scene of the disaster, and assisted by constable Reading and Martin, soon cleared the building of such valuables as are generally found in country Lodges, viz., lamps, forms/ lodge /pictures, etc. The walls still stand in a very precarious state, and indeed many of the Richmond buildings are so old that the next gale that the next gale that visits, I should be surprised if it does not take half the houses clean off the township….”

Following the storm the chapel was dismantled. The Torrens Street site continued to function as a burial ground with the last interment taking place in 1931.

The history of the Congregational church on Bridge Street will be the subject of a future article on ‘churches of Tasmania’. 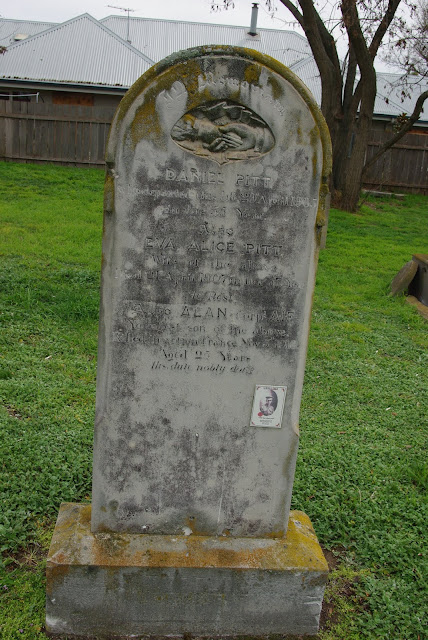 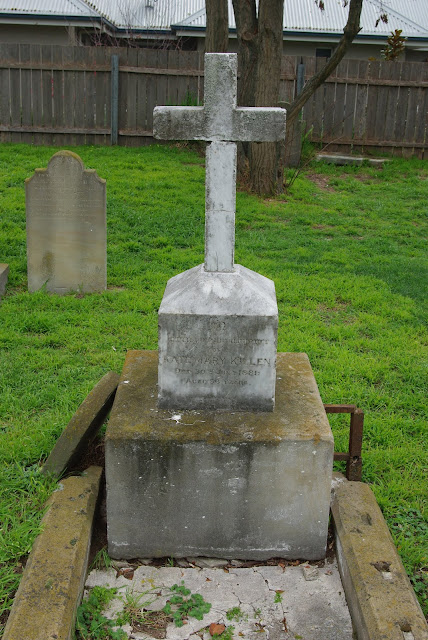 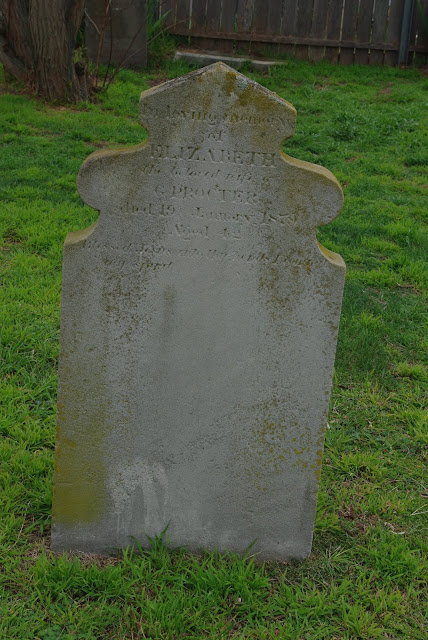 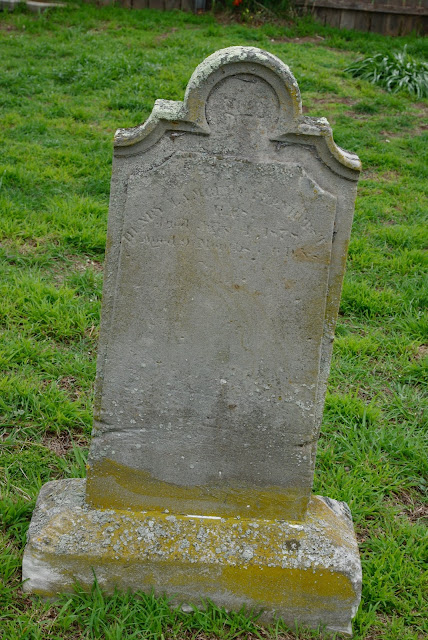 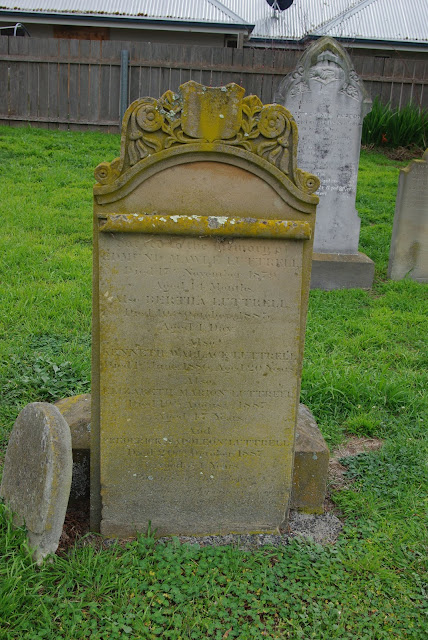 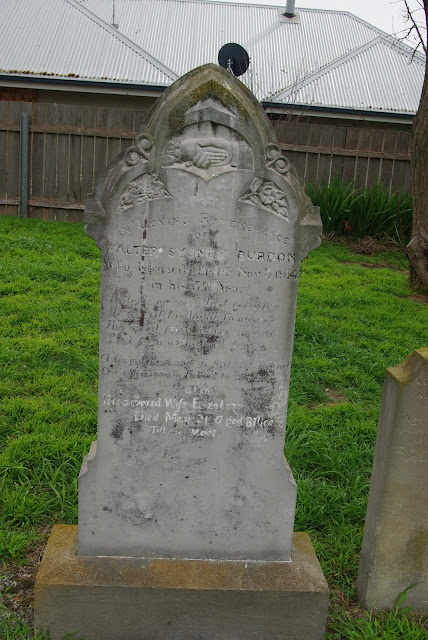 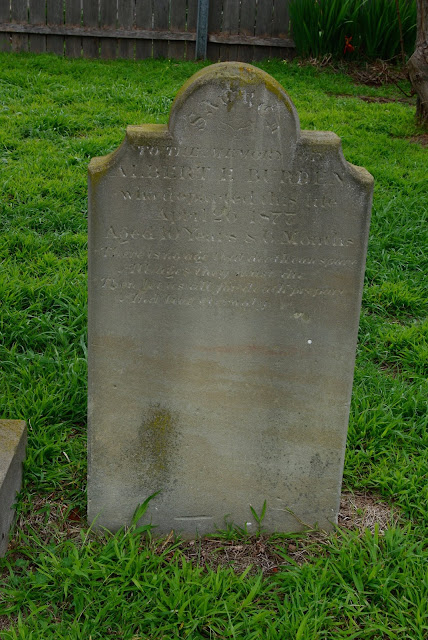 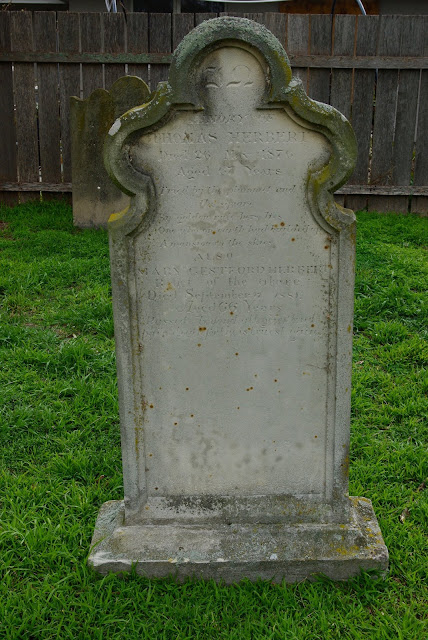 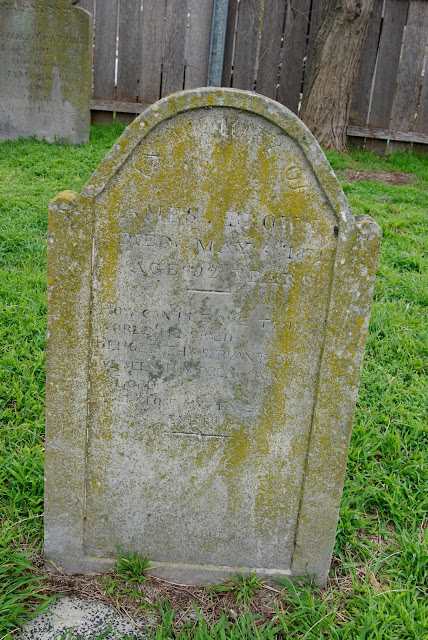 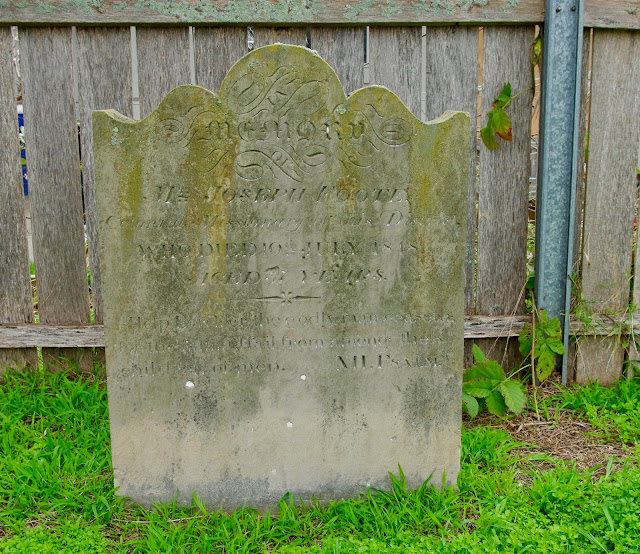 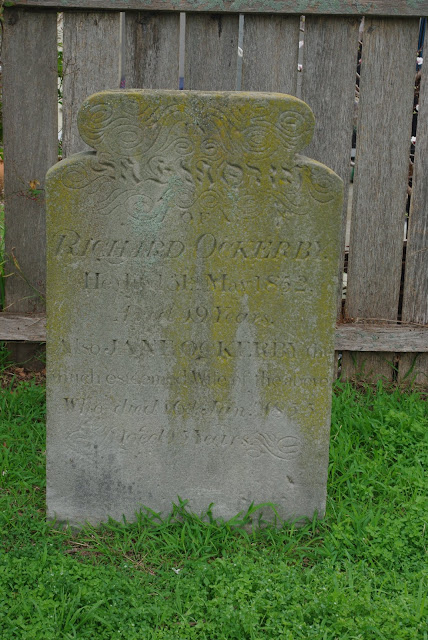 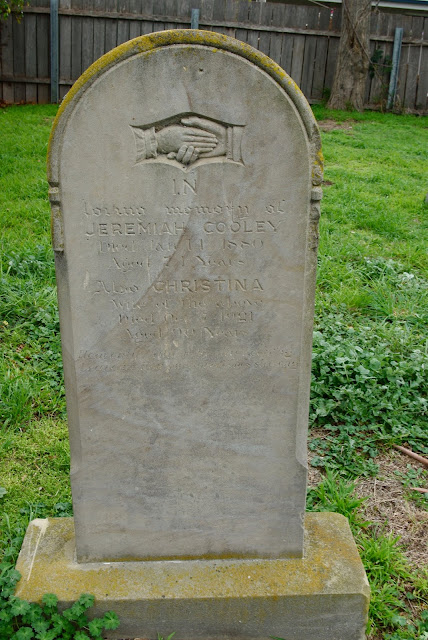 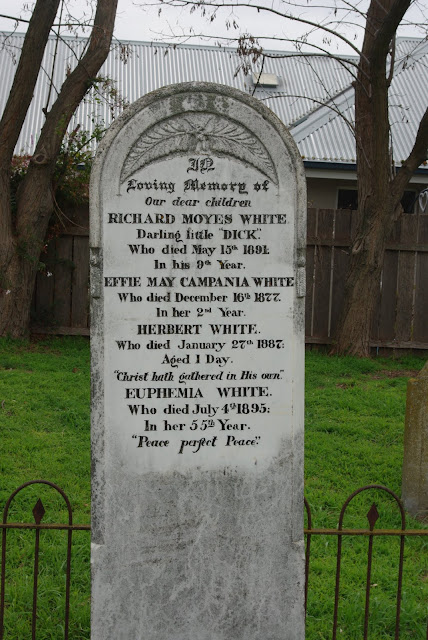 Unless otherwise indicated, all photographs are my own.