No. 600 - Richmond Congregational Church - 'Animated by that Spirit of Faith'

- November 27, 2019
Richmond is a heritage town located in the Coal River Valley approximately 25 kilometres east of Hobart. The valley was one of the earliest areas penetrated by the first British settlers outside of Hobart. The settlement began around 1823 when a bridge was constructed across the Coal River, so named because of coal deposits in the area.

Richmond’s first Congregational church was established on Torrens Street and opened on 3 December 1845. A second church was built on Bridge Street in 1875 and closed in 2016 after a 141 years of worship.

In 1868 Reverend David Tinning (a former Wesleyan minister) was appointed to Richmond bringing about a change in fortune for the small Congregational community. Reverend Tinning’s work in Richmond attracted more worshipers and ushered in a period of stability and growth for the church. The old chapel, derogatorily referred to as “a half barn place” was deemed to be inadequate for a growing congregation.

The building of a new church was largely the result of three women; Mrs Searle of Laburnum Park, Mrs Tinning (wife of Reverend Tinning) and Mrs Burbury. When the foundation stone for the new church was ceremonially laid in 1873, the large crowd which had gathered, were reminded by Philip Oakley Fysh, one time premier of Tasmania, that the the occasion was due to the work of the town’s women:

“In a small district like that of Richmond it was really surprising that two or three ladies should start out one fine morning with an idea that they should be able to collect a sufficient sum of money to raise an edifice such as that which was to be placed on the ground on which they stood; and that, as he had said, without first consulting those whose social position in the community would entitle them to form an opinion as to whether the work could be carried out. But these ladies had done so. They seemed to have been animated by that spirit of faith of which the motto on the flag-staff in front served to remind them; and the result had been a proof that if they engaged earnestly in God's service, they would succeed beyond even what the most sanguine of them could have anticipated before they started upon it. He repeated that the success which had attended the young ladies who had commenced this work reflected great credit upon them; for out of the £430 which the building was to cost, they had already collected a sum of over £300 at the present moment…”.

The fundraising by the women began with a bazaar held on 14 January 1873 which realised £100. with this money the Bridge Street site was purchased for £50 as well as a large quantity of building stone from the Richmond Municipality at a cost of £40. The stone came from Richmond’s gaol, including the church’s foundation stone, thus some might say, the church benefitted from the proceeds of crime. Fortunately the gaol seems to have not not suffered further dismantling as it is now the oldest intact gaol in Australia, predating the establishment of the penal colony at Port Arthur in 1833 and whose inmates assisted in building the town’s famous bridge in the early 1820’s.

“For neatness, strength of walls and butments, and a general compactness there are few superior country churches in the island. Inside it is ceiled and partly arched, and plastered throughout. A platform crosses the far end, and is partly railed off for the pulpit or rather desk; and the seats are everything to be desired; neatness is joined with severe simplicity, over all the buildings inside and out. There is no sign of Ritualism about the place; no altar but the devout heart; no cross, but the one on Calvary; nor crucifix, nor candles. And the only motto on the walls, and it temporary, contains the expressive words, The Lord hath done great things for us."

The description of church in 1875 closely matches the well preserved building standing on Richmond’s main thoroughfare. While a sign outside the church records the building as a Congregational place of worship, since 2016 when the church was sold, it has become the premises of local business. The photographs of the churches exterior were taken by myself in 2019 while the interior photographs were taken in 2016 for a real estate advertisement. The latter are a valuable record of the church’s appearance as a place of worship before its closure. 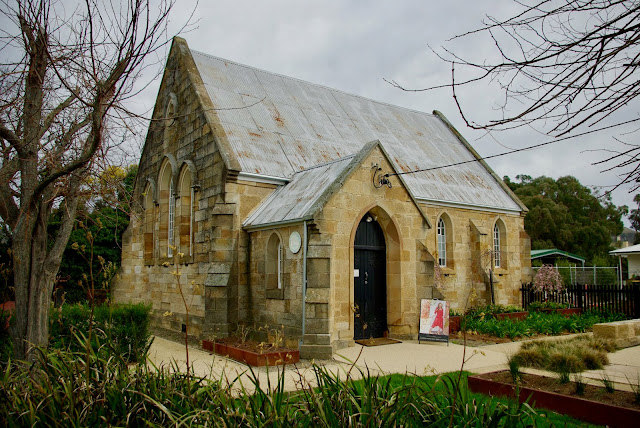 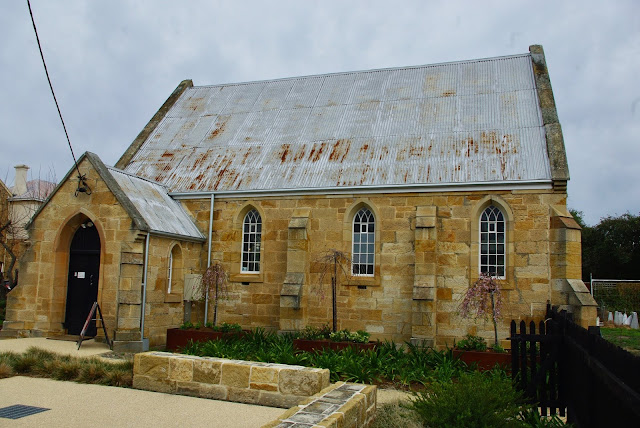 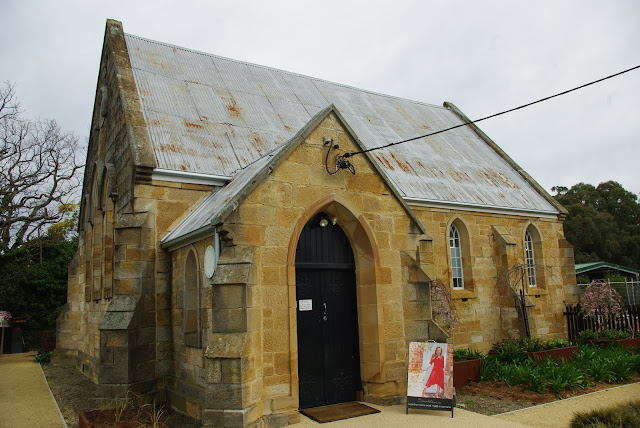 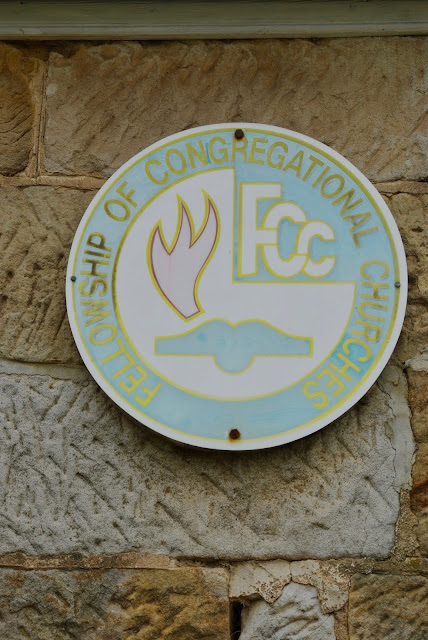 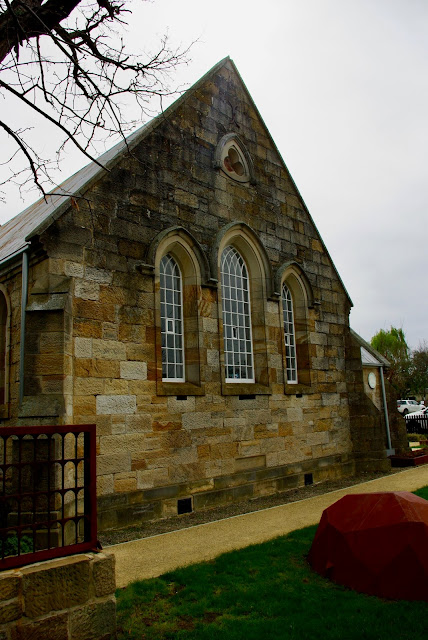 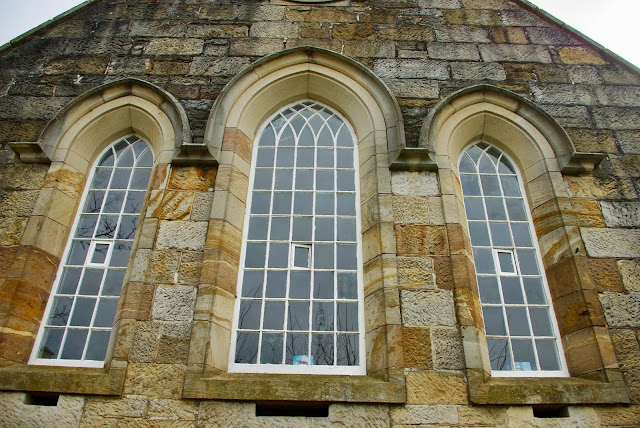 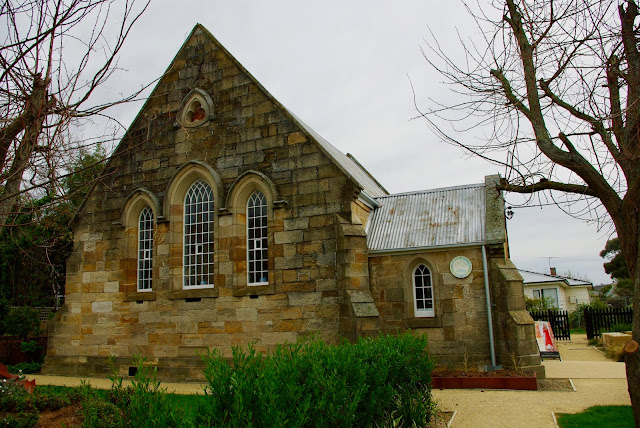