- December 13, 2019
New Norfolk is a large town on the banks of the Derwent River approximately 40 kilometres west of Hobart. It is a historic town with its origins dating back to 1806. It grew dramatically when settlers from Norfolk Island moved into the district after 1807. When Governor Lachlan Macquarie visited the township he named it Elizabeth Town after his wife. However, it was later decided to adopt the name New Norfolk, to acknowledge the settlers and assist them in developing a sense of belonging.

The beautiful church of St. Matthew’s is a very different building from the church erected in 1825. All that is left of the original church are the walls and flagged floor of the nave, and possibly the western walls of what are now the transepts. The history of the church is dominated by renovation and rebuilding which was largely the result of poor workmanship and inadequate planning.

St Matthew’s lays claim to being the oldest surviving Anglican Church in Tasmania. It was preceded by a brick school that used as a temporary church. Following the ‘retirement’ of Tasmania’s first clergyman, Reverend Robert Knopwood, he was invited to minister at the church-school. In April 1825 the Hobart Gazette and Van Diemen's Land Advertiser commented:

“We understand with much pleasure, that New Norfolk, the favourite retirement of Colonel Sorell and other distinguished characters, is rapidly becoming improved. The church, in which the Rev. Robert Knopwood, M. A. regularly preaches has been considerably enlarged…..Everything therefore indicates the rapid rise into especial eminence of that very beautiful town”.

The completion of the construction of the church coincided with the appointment of the first official minister, Rev. Hugh Robinson, in August 1825.

From most accounts the church built in 1825 was a poorly constructed and inadequate building. The carpentry work was of inferior quality as was evident on Sunday, December 4, 1825, when a portion of the ceiling fell in. This was repaired, but another part of the ceiling fell in on April 10, 1826.

In May 1828 the church consecrated by Archdeacon Scott, of Sydney, who was visiting the colony. The Tasmanian published what must be the first newspaper report of a consecration ceremony in Tasmania:

“On Thursday the 1st [May] the Venerable the Archdeacon, accompanied by the Rev. Mr. Bedford, consecrated the Church at New Norfolk in the presence of His Excellency the Lieutenant Governor, and a larger assemblage of Ladies and Gentlemen. His Excellency the Lieutenant Governor, accompanied by the Venerable Archdeacon, and the Rev. Mr. Bedford, left town on Tuesday for Sorell town, to consecrate the church of that settlement”.

In 1828, a recommendation was made for the church be enlarged. Governor Arthur approved the plans for enlargement and authorised this to be carried out when necessary. In December, 1830, Reverend Robinson requested that the enlargements be carried out immediately, "unless it is intended to build a new church at New-Norfolk.” Robinson considered the church not only as too small, but not sufficiently ecclesiastical in character. The agitation for a new church continued for some time, as the Van Diemen's Land Almanac for 1833 recorded:

"A new church is in contemplation, the present one not affording sufficient accommodation for its "highly respectable congregation.”

In 1835 radical alterations were made and the entrance was shifted to south-western end of the church. A tower was erected a few decades later which was designed by Molesworth Jeffery. The date of the tower’s construction is not known, but in a letter dated August, 1870, Jeffery speaks of the congregation having determined some few years before “to construct the campanile”. In this letter Jeffery wrote that the work had not been properly done by the contractor, and complains that no authority had been put in his hands to supervise the work. Jeffrey claimed:

"In myself personally no corrective prerogative rested. And an appeal to the acting churchwarden I found to be worst than useless. An appeal I attempted, but it brought on me merely unthankful and vulgar insult.”

Molesworth Jeffrey’s complaint about the tower’s construction were later vindicated.

In 1894-5 further significant alterations were made to the church. Tenders were received but all were far in excess of the money available. Therefore the plans were modified and in October 1894 a tender was accepted for "the erection of the chancel, widening the transepts, putting a new roof on the building, buttressing the walls, and alterations to the windows and the tower." The foundation stone of the chancel was laid on November 14, 1894, and the work was completed and consecrated on St Matthew’s Day, September 21, 1895.

In 1897 a belfry was added to the tower and a chime of eight bells were acquired from the Port Arthur convict church. These were hung in time to ring in the celebrations of Queen Victoria’s diamond jubilee. This was appropriate as the bells were cast in 1847, a exactly a decade after Victoria ascended to the throne:

“The peal of bells,…have been just placed in position in the new tower of St. Matthew 's Church, will ring out a merry peel of joy at the Queen’s and their own Diamond [sic] Jubilee. At 10 o’clock at night the people will assemble outside the Post Office, and on receipt of the Queen's signal will join in singing the National Anthem. Bonfires and illuminations will be general all round, and everything presages a happy demonstration…”.

“Owing to the west front breaking, due to the clay bed of the foundation contracting, it was decided to re-build it. The matter was put into the hands of Mr. R Flack Richard, and Mr John Thurley of New Norfolk, is the contractor. The estimated cost of the work is about £480. The new front will give a magnificent window, of three lights, and the now somewhat unsightly tower will be done away with…”.

Although a new tower was planned it was never built. The chime of eight bells were removed and redistributed to various churches and a school. Seven of the bells have been returned to the Port Arthur Historic site and eighth bell is still missing.

St Matthew’s is fast approaching its 200th anniversary. However, while the church has a legitimate claim to being the oldest surviving original church in Tasmania, the fact is that there are scant remains of the original building left after extensive rebuilding and renovations over the years. Nevertheless St Matthew’s is an impressive building and a church worthy of New Norfolk, one of Tasmania’s most historic towns.

*All photographs used in this article are my own - unless otherwise indicated. 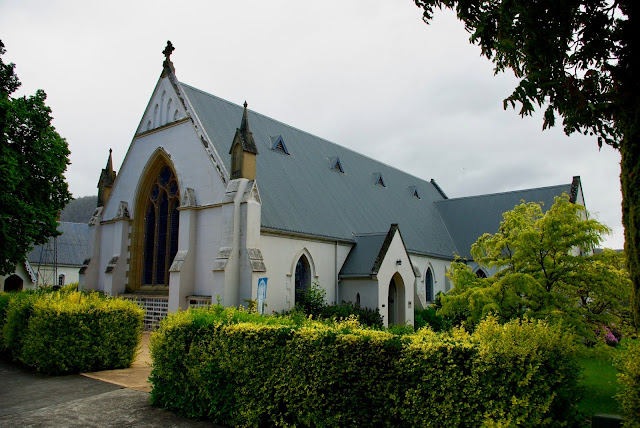 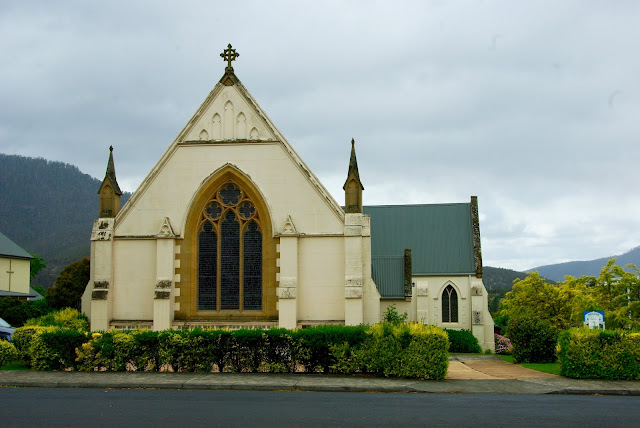 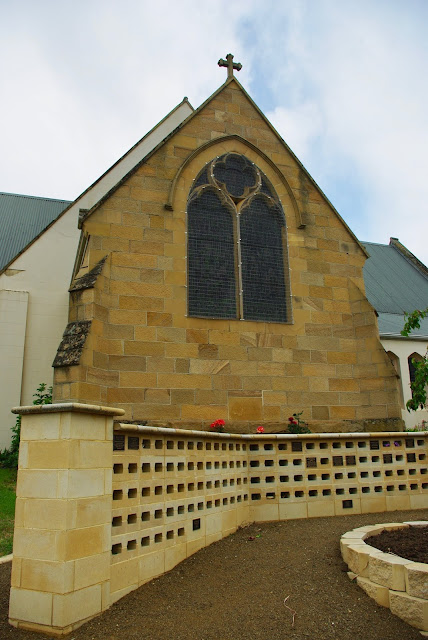 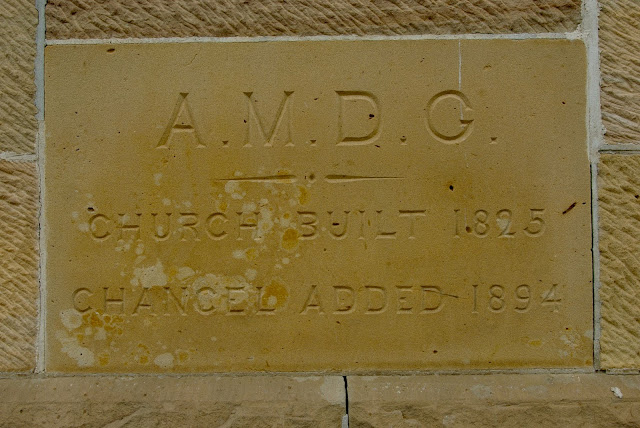 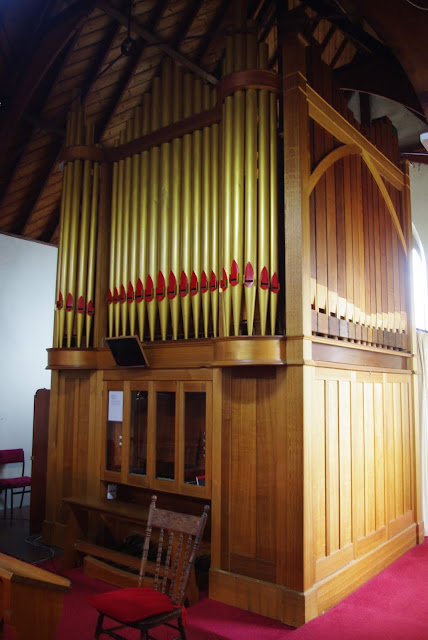 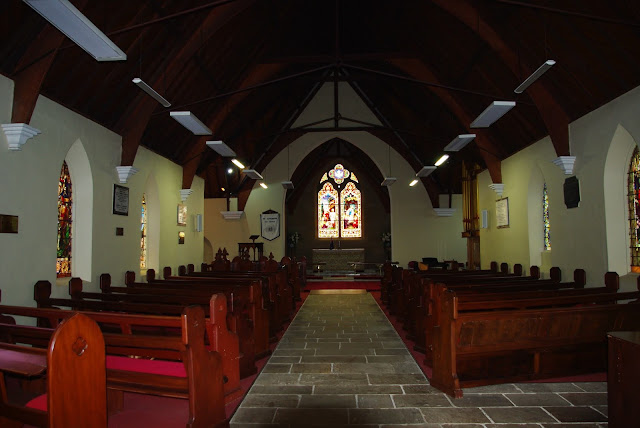 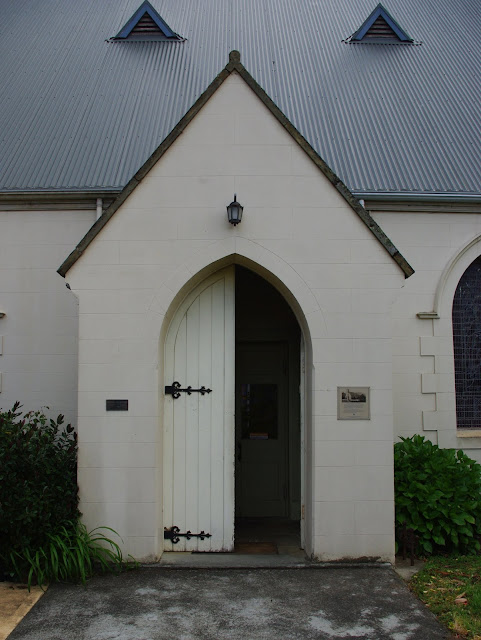 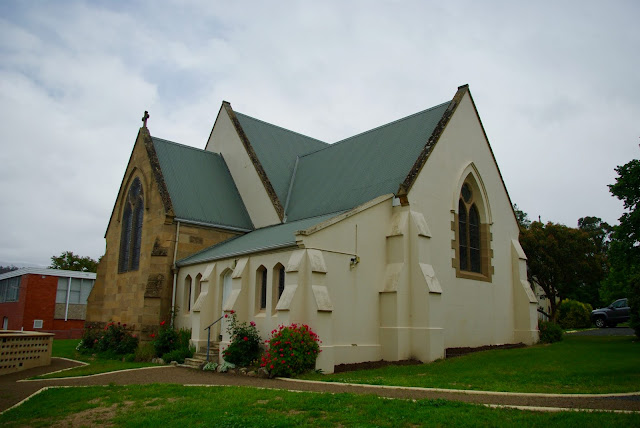 The evolution of the church over two centuries: 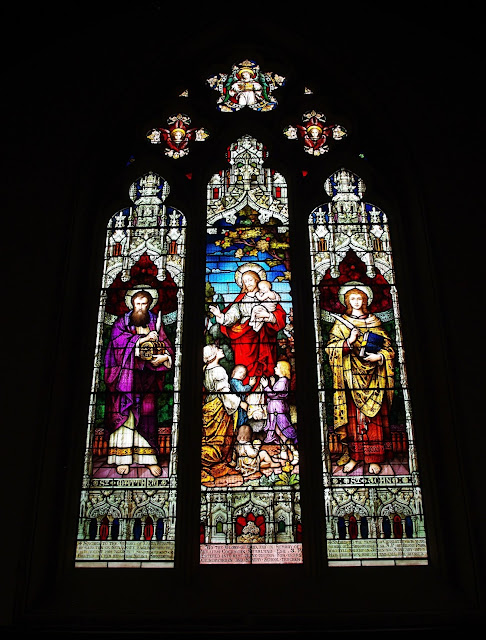 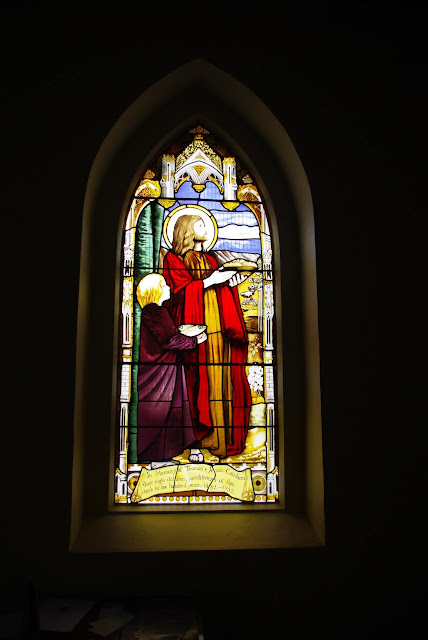 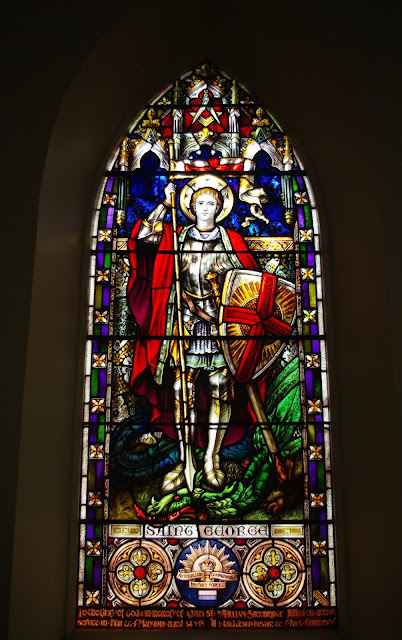 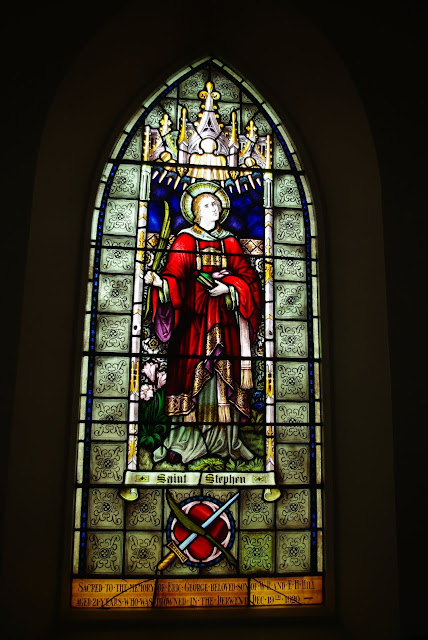 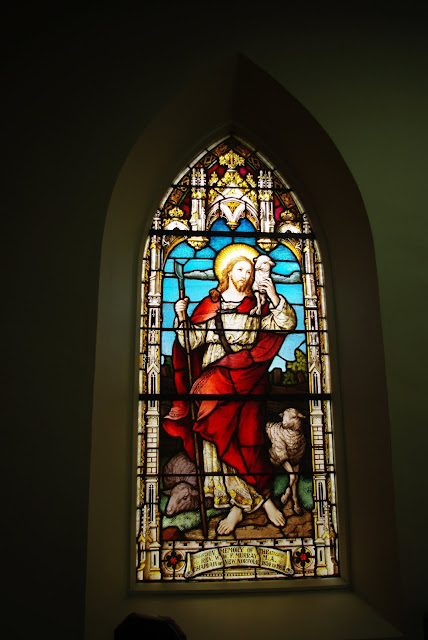 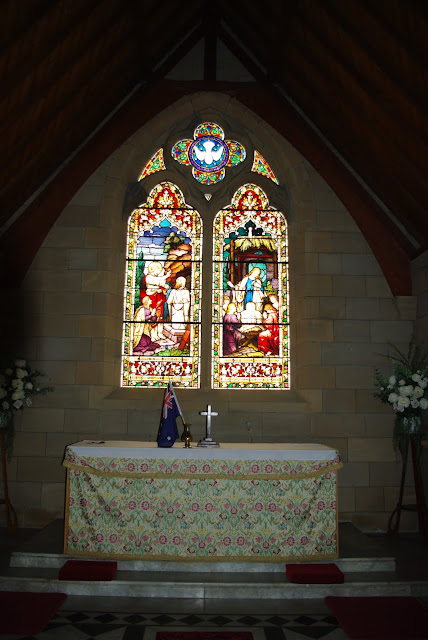 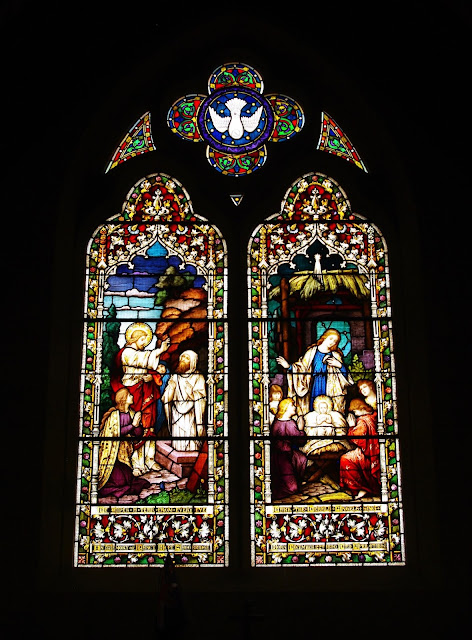 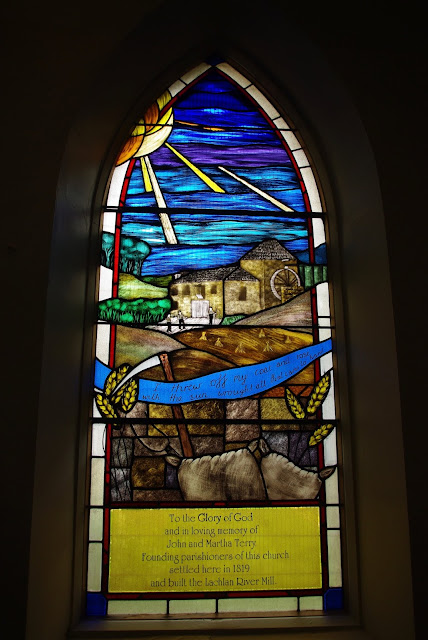 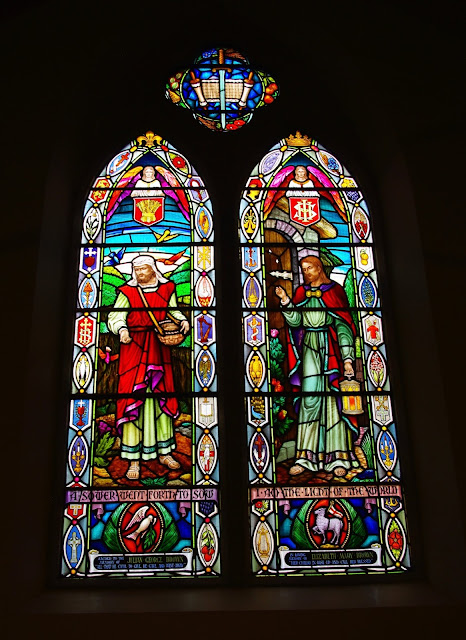