- January 14, 2020
The Trevallyn New Life Church appears to be housed in a unremarkable modern building. The church, located on Pitt Avenue, has been reclad in recent years making invisible a building that dates back to the early 1950’s. The rear of the church remains relatively unaltered as can be seen in the photographs below.

The church is in fact a remnant of the Marrawaylee hydro-electric construction village which has since been absorbed into the suburb of West Riverside. The building was constructed as a Mess Hall for the single mens’ camp in a temporary village which housed approximately 400 workers at its peak.

Tasmania’s vast government hydro-electric scheme dates back to 1914. Over a period of 80 years 30 power stations and 54 major dams were built. Construction camps and villages were built to support major projects and during this period 10 villages were established, most of which had a full social infrastructure including a school, public hall and a church. After the Second World War, large numbers of migrants were recruited to construct dams and power stations. This brought English, Polish, German, Italian, Scandinavian, Eastern European and other migrants together with Tasmanians, creating lively and diverse communities.

Marawaylee village differed from the typical ‘hydro village’ given its close proximity to the city of Launceston. The project to build Trevallyn dam and connect it via tunnels to a power station at Riverside was able to draw on the city’s labour pool. However, migrant workers were still required and accomodation and other facilities were needed. However the Hydro Commission did not build full facilities at Marawaylee as was expected in the ‘hydro villages’ established in remote country areas.

Work on the Trevallyn project began in 1950 and plans included 160 homes and a camp for 400 men. No school was built for families of local workers and the migrant men were expected to use the facilities in the city including its churches. By December 1950 a Mess Hall had been built and this also formed a meeting place for single men as no ‘public’ hall was available.

In 1952 the Mess Hall made headlines in local newspapers when police were called in response to a “disturbance” at the facility which had arisen as a result of the poor quality of food provided to the men. While not a riot, violence was threatened and a worker in the cookhouse was assaulted. The Mess Hall was later raided by municipal officers accompanied by the press following claims that the food served was “not fit for pigs”. In response officers of the commission counterclaimed that some of the men “ate like pigs”. The cookhouse incident is reminder that conditions were challenging for single migrant men and relations with the local community were sometimes strained.

By 1955 the construction project was completed and the power station was commissioned replacing the old Duck Reach Power Station in Launceston’s Gorge. The single men’s camp was dismantled but many of the houses constructed in Marawaylee remained and by the 1960’s had been absorbed into the new suburb of West Riverside. A staff house “Marawaylee Chalet”, used to house visiting officials from the Commission, was sold to the Salvation army in 1956 as a home for elderly women.

From the late 1950's the hall was as a youth hostel and later became a Methodist Retreat named Beresford House. In the late 1990's it was taken over for permanent use as a church.

While the Trevallyn New Life Church is of limited historical interest, the building it occupies is a faint but interesting reminder of the ‘hydro’ construction era and the almost forgotten village of Marawaylee - it is a pity that the name was dropped. The Trevallyn church also represents a contemporary trend where new churches are no longer always purpose built but are housed in refurbished halls, schools, factories, and in the case of Trevallyn, in a Mess Hall. 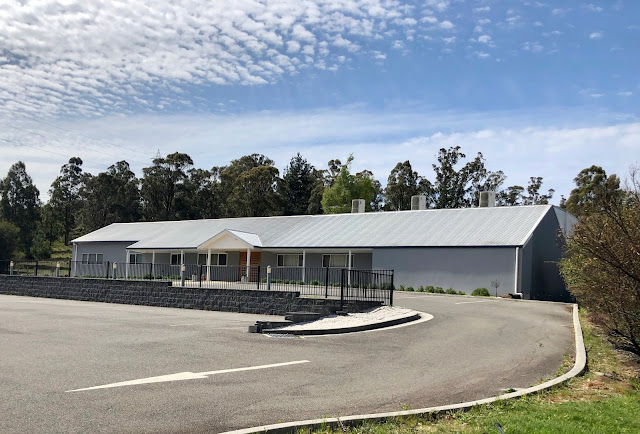 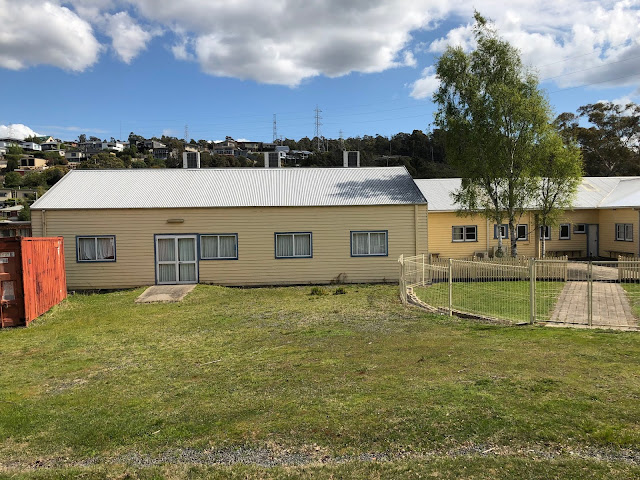 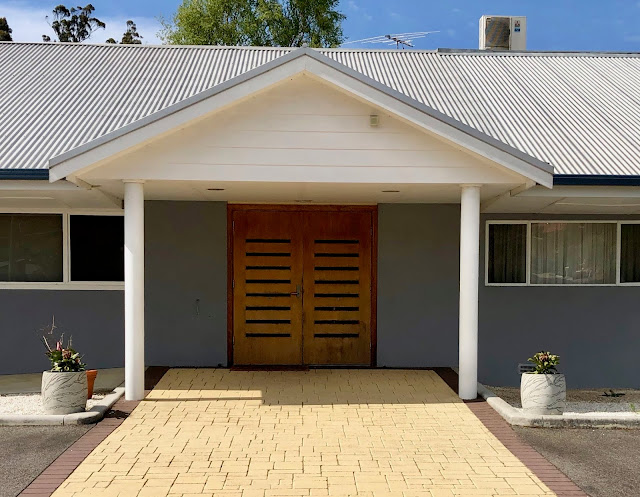 The Mess Hall as a Youth Hostel and later Retreat for the Methodist Church known as Beresford House.