No. 635 - Harford Methodist Church - "An evil example to the children"

- January 15, 2020
Harford is an agricultural district situated south of Port Sorell and about 20 kilometres east of Latrobe, the nearest large town. The area was once more heavily populated and a small settlement centred around the Heidelberg Hotel has entirely disappeared. Harford was previously known as Greens Creek and was also occasionally referred to as Heidelberg. Two churches were established in the Harford district; St Alban’s, which is now a barn and a Methodist church, the location of which is marked by a small well kept cemetery.

Harford’s Methodist church was built in 1882. There are no newspaper reports describing its opening, however a Wesleyan District meeting in that year provides some basic details about the building:

“At Green’s Creek, in the Mersey District, a wooden church has been erected, 25 x 15, to accomodate 60. The entire cost, £81 15s, has been defrayed by subscriptions. The land is not yet secured”.

In November 1882 an application to use the new church as a State school during the week was approved on condition that an outhouse be built and heating provided in winter. However this did not proceed as a schoolhouse was built at Greens Creek in the following year. However, the Methodists established a Sunday school by the time of the church’s first anniversary. In 1883 the Devon Herald reported:

“Anniversary services were held in the Green's Creek Wesleyan Church on Sunday last, when appropriate sermons were preached by Rev. G. Schofield and Mr James Phillips to good. congregations. On Tuesday a tea meeting was held in Mr Huntingdon’s large store, the building being very tastefully decorated with flowers and ferns; indeed the otherwise unsightly barn was transformed into a bower fit for the fairies, whilst the tables groaned beneath a load of food suitable for the same dainty little people (if we can only fancy fairies eating sausage rolls!)… An adjournment was made to the neat chapel, where a public meeting was held, Mr C. Morey, sen., in the chair. …The anniversary as a whole was a great success, the sum of £10 being raised for the organ fund. The church at Green’s Creek appears to be in a very healthy state, being quite free from debt. A promising Sunday School also has been commenced, with some 46 scholars”.

The health of the church is confirmed by a report of its enlargement in 1897 but no details of this have survived. Although newspapers’ published regular reports on activities at the church there is little out of the ordinary. However, one amusing incident from 1899 is worth retelling. The Tasmanian News reported:

“On Sunday in the Wesleyan Church at Harford the Rev. Mr Worrall was about to commence the usual Sabbath service, when, to his amazement, the Minister of Lands arrived with several of his colleagues, who had travelled by special train from Hobart to meet the electors of the Harford district on the banks of the Rubicon for the purpose of selecting a site for the proposed bridge. These gentlemen were in full sight of the Sabbath school children and congregation, and drove up to the local hotel, and after a short stay there rattled past in front of our church as we were engaged in prayer. This conduct was so unseemly, unnecessary, and discourteous that the minister was unable to refrain from expressing from the pulpit his indignation, and pointed out that those servants of the public had no right to violate the sanctity of the Sabbath and set an evil example to children and disturb the quiet of the whole community. He also said that this violation of the Sabbath by Parliamentary gentlemen was becoming far too common, and he thought it was high time that the Christian conscience of the community aroused itself to protest vigorously. He asked those who coincided with his views to lift up their hands as a protest against the action of the Minister and his colleagues in thus insulting the conscience of the community. A unanimous vote was given”.

The report caught the critical and wicked eye of a reporter for The Clipper (a weekly labor-orientated newspaper published in Hobart):

“I notice too that in his [The Minister of Lands] peregrinations he struck the city of Harford, a bustling town,architecturally adorned with a lot of deadwood timber, a Wesleyan Church, and a hen house. He touched Harford just as the people were going to meeting-place on Sunday morning, and the fact of a Minister of the Crown and a party of friends disturbing the sacred quietude of Harford on a Sabbath morning when the residents gather together and cadge things, so aroused the indignation of the Harfordites that they met and passed a vote of censure on Capt. Miles for his disgraceful unchristianlike unWesleyan conduct. The Cap'n has been ever since suffering from insomnia”.

The devout Methodists of Harford were well able to resist those who intruded on their Sabbath but they were unable to withstand the invisible economic and social forces that depopulated Tasmania’s rural communities in the years following the Great War. By the early 1920’s the Harford Methodist community had dwindled forcing the church to close.

In 1929 the church was sold and removed. In May 1929 Launceston’s Examiner reported:

“The old Methodist Church at Harford, which has been a familiar landmark in the district for a great number of years, was removed on Monday last. For years the church served the needs of a great number of Methodist people, the majority of whom in the course of the years either died or moved away to other parts. So few did the Methodist constituency become that some eight years ago it was decided to close the church, since which time it has never been used, The trustees, rather than see the old building gradually succumb to the advances of time, recently decided to sell the structure for removal. The church has now been removed. Naturally the moving of the church has caused some heartburning among the few old residents who once worshipped there, but the old cemetery ground attached has still been retained, and will always remain a sacred spot”.

According to The Advocate the church was removed to “The Hermitage” at nearby Moriarty:
“Mr. A.T. Cutts wrote [to the Latrobe Council] asking for permission to remove portion of the Harford Methodist Church along part of the road from Harford, to “The Hermitage”. He was prepared to repair any damage that might be done to the road”.

Presumably the church was used as an outbuilding or barn and it may very well still exist. The cemetery was maintained using funds from the proceeds of the sale of the church and it remains a well maintained “sacred spot”.

* All the photographs of the Harford Methodist Cemetery below are my own. 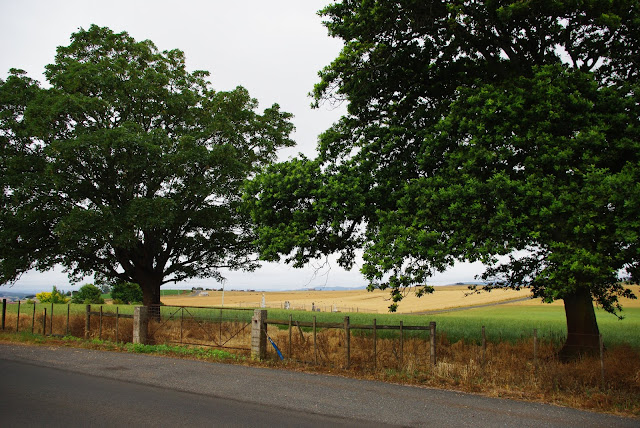 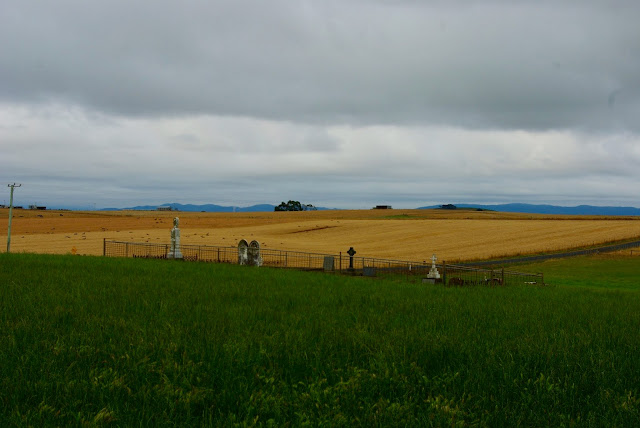 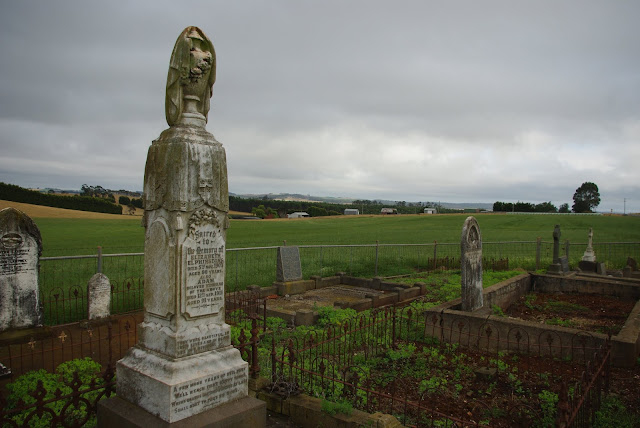 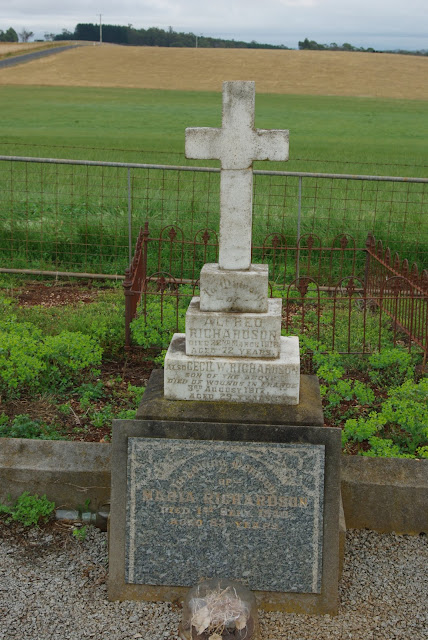 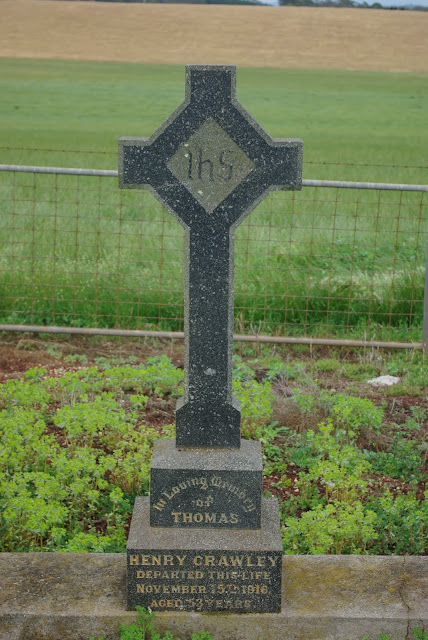 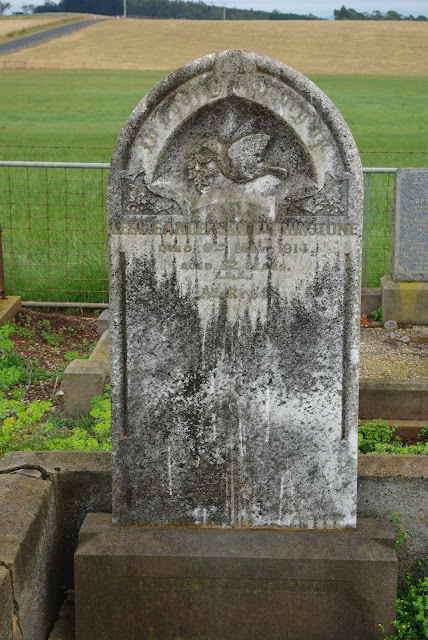 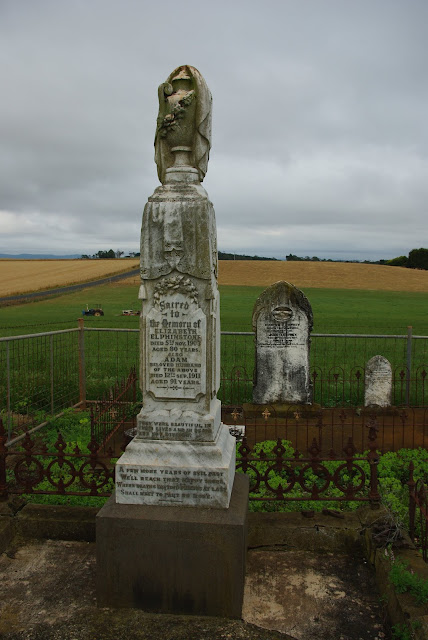 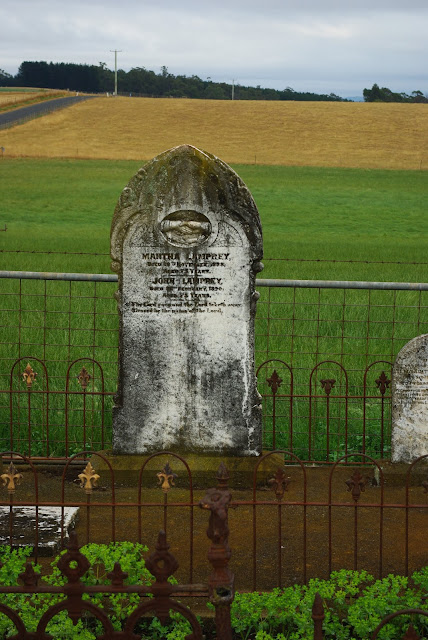 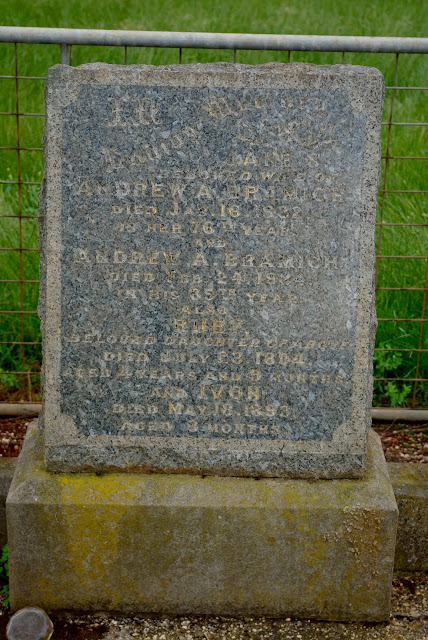 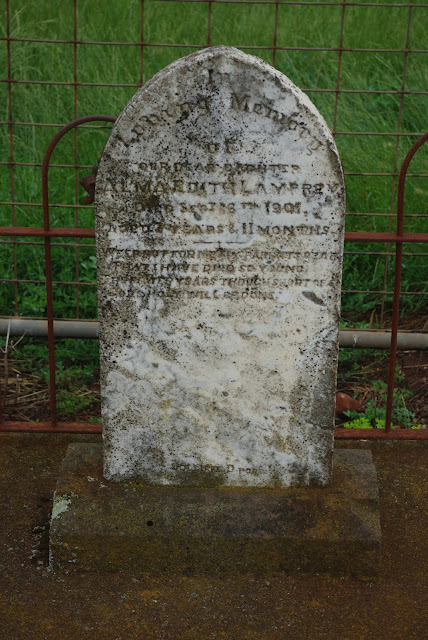 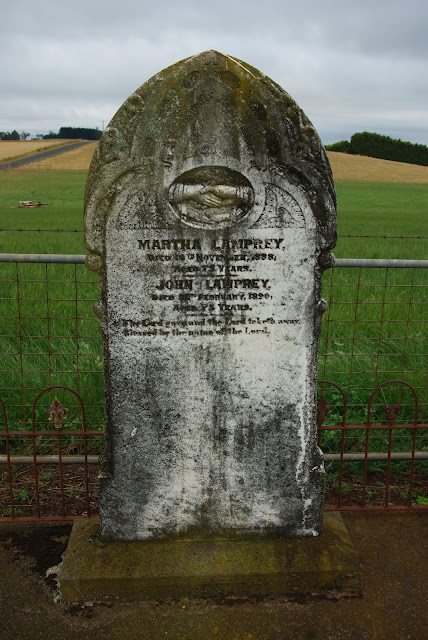 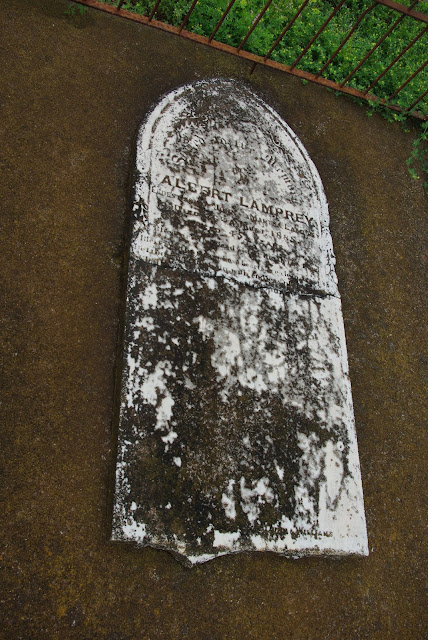