- January 18, 2020
Ridgley lies approximately 15 kilometres south of Burnie and in recent years has effectively become a commuter suburb of the city. It was once a small farming town established by the Van Diemen's Land Company. Ridgley also played an important part in the building of the Emu Bay Railway. The town has been well served by a number of religious denominations including Anglican, Methodist and Catholic.

Ridgley’s Catholic Church of the Holy Rosary opened in November 1922 and closed in the 1990’s. The church was subsequently sold and converted into a house.

Construction of the church began in July 1922. The Burnie Advocate reported:

“…The work of excavation for the foundation of the Catholic Church is going on. Last week a working bee was held, when people could be seen with ploughs and scoops hard at work, and others with teams, carting….”.

In the enthusiasm to prepare the foundations an error was made in surveying the site which resulted in the building being partly constructed on land owned by the Van Diemen’s Land Company. Fortunately this error had a happy outcome as revealed in a report on the church’s opening published in ‘The Catholic Press’:

“[A] new church, at Ridley, …was opened and dedicated on the 12th inst. His Grace Archbishop Barry performed the ceremony. Many people from Burnie and other parts of the north west coast were present. The new edifice, including the furnishing and sacred vestments. &c cost over £400. …A splendid display of good feeling was brought out in connection with the building of the new church.… Many non-Catholics gave donations to the building fund, while Mr. A. K. McGaw, one of nature's gentlemen, who manages for the V.D.L. Company, meted out truly generous treatment to Rev. Father Hayes. Portion of the church was erected on property owned by the V.D.L. Company in error. Mr. McGaw did not push his claim, and the building was allowed to remain…”.

A report of the opening ceremony published by the Advocate provides a description of the building:

“The new church is a neat weather board building 35 feet x 17, and possesses a vestry and porch. The pews are neatly arranged, and are capable of seating about 70 persons. The building is situated on rising ground in a prominent position in the township”.

The description of the church closely resembles the building standing today which is mostly intact despite its conversion into a house. A notable feature of the church are its unusual keyhole shaped windows which gave the church a distinct appearance. 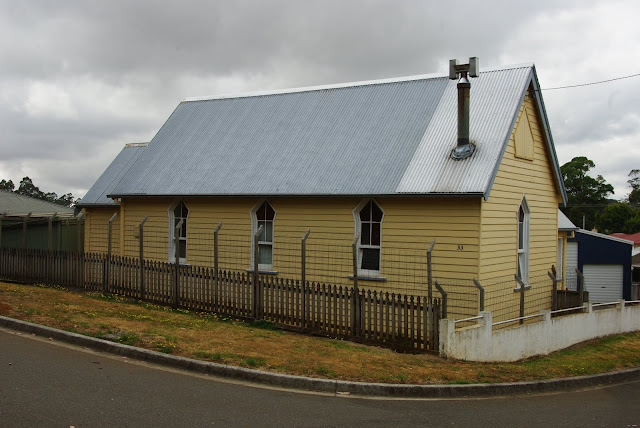 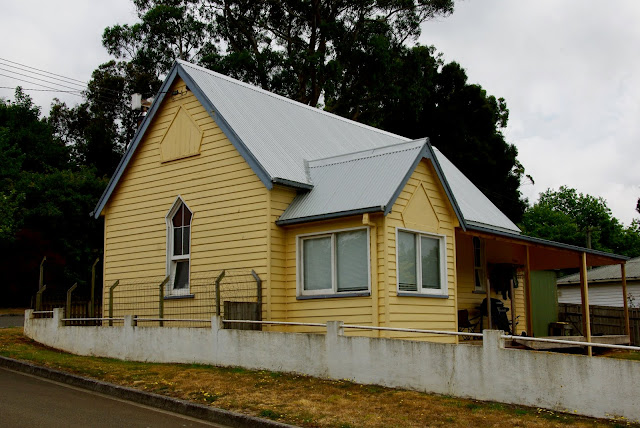 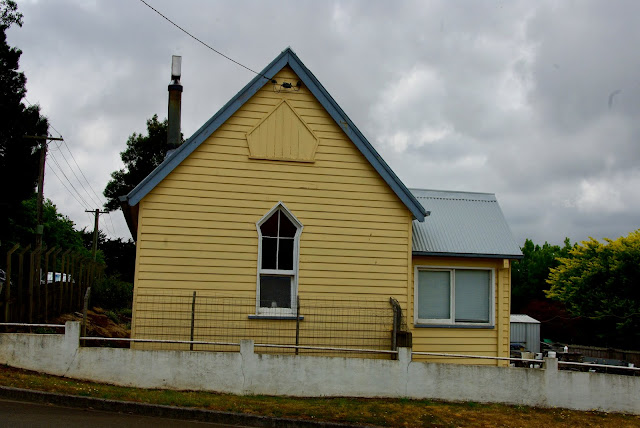 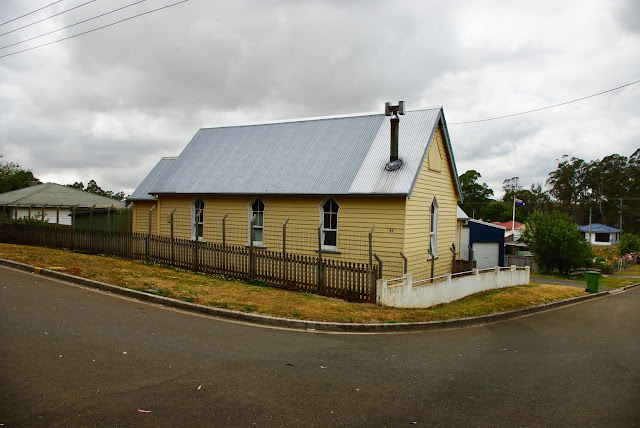 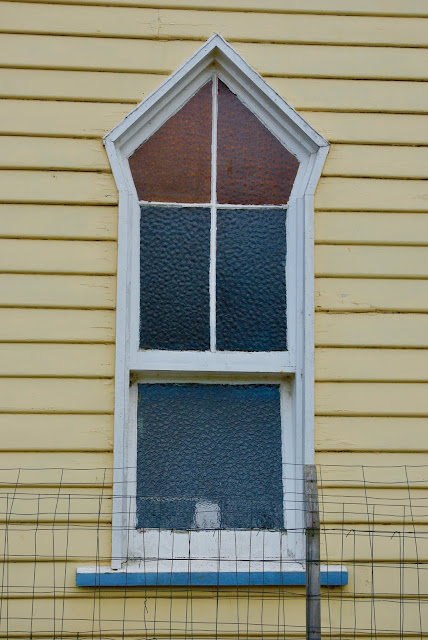