- January 24, 2020
Judbury is a small rural settlement approximately 12 kilometres west of Huonville. It was once an important orchard-growing district. It was originally known as Judd’s Creek and named after Henry Judd who settled there with his brother in 1853.

Judbury Uniting Church is a small weatherboard building pleasantly situated on Lonnavale Road. A sign on the church proclaims that it was established in 1894 but this is a reference to the formation of a Methodist community at Judbury for the church was only built and opened in 1900. A new church is briefly mentioned in the annual report of the Wesleyan conference and a single news item in the Tasmanian News makes reference to its opening in October 1900:

“A tea meeting and concert was held in the newly erected Wesleyan Church on Friday evening last, when there was a large attendance from all parts of the district. The church is the first place of worship that has been built here, services having been held for years previously in Mr. G.A. Cato’s residence. Efforts were made and resulted in the opening of an excellently finished church which is free from debt…”.


George Cato of ‘Brookside’ played a leading role in building the church and donated the land on which it stands as well as helping with its construction. It was officially opened on Sunday 21 October 1900 and was built at a cost of £80.

The church was extended in later years but I have not determined when this took place. On inspecting the building, the extension appears to be an old building placed on a new foundation, which suggests that it may have been another church brought in from elsewhere and attached to the original church.

Finally, when researching an area I occasionally come across interesting articles in newspapers which provide rich detail of local history. I have included below a redacted copy of “Through the Huon - Glen Huon and Judbury”, from the Huon and Derwent Times, which may be of interest to some readers. This can be found at the end of the page beneath the photographs of the church and its cemetery. 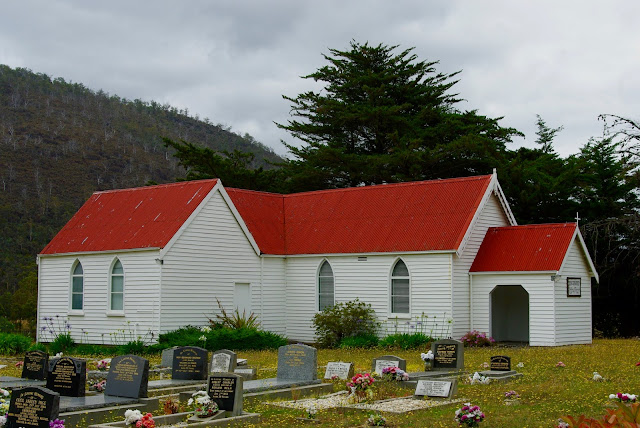 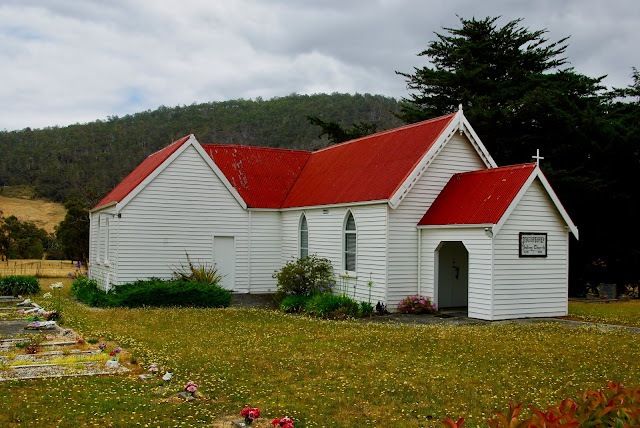 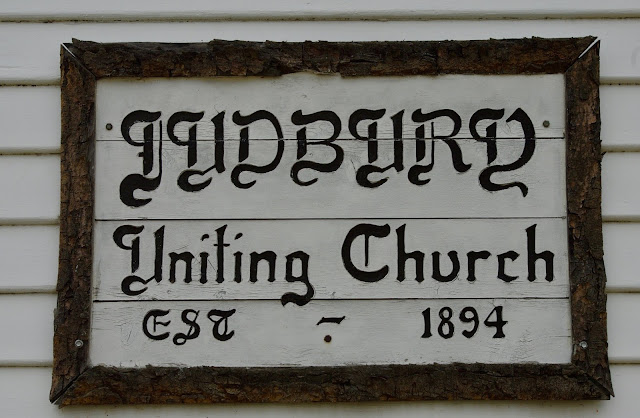 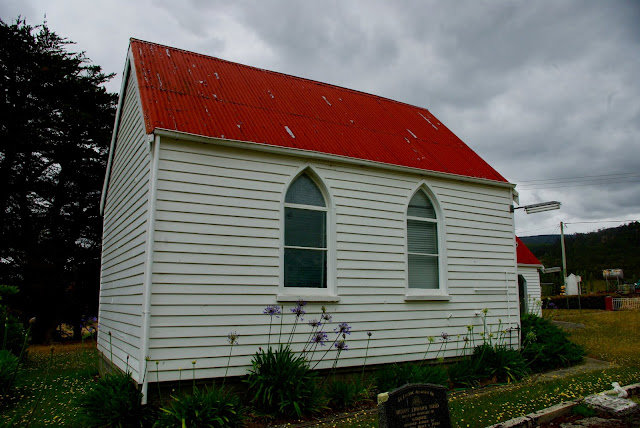 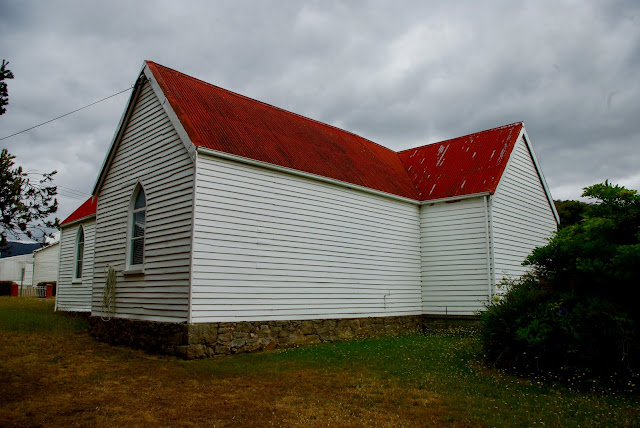 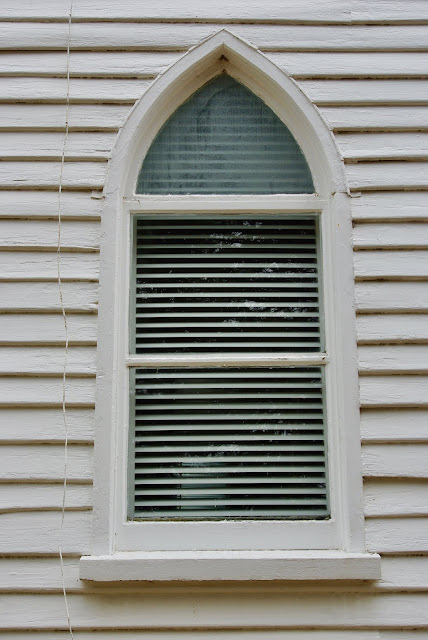 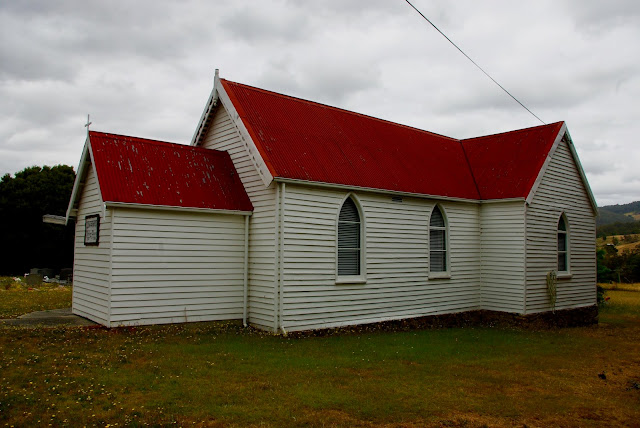 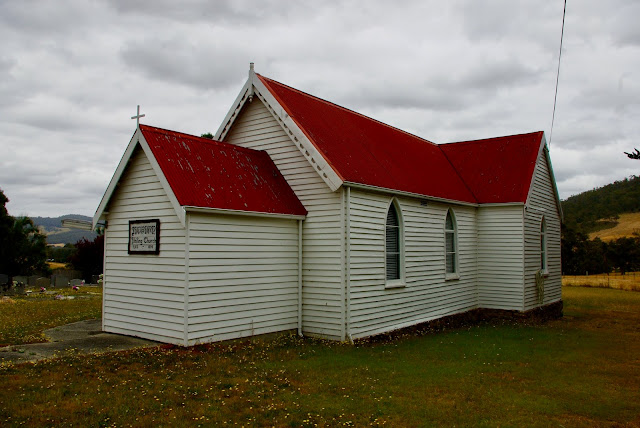 The beautifully maintained cemetery is peaceful resting place for generations of Methodists who settled and lived in the district: 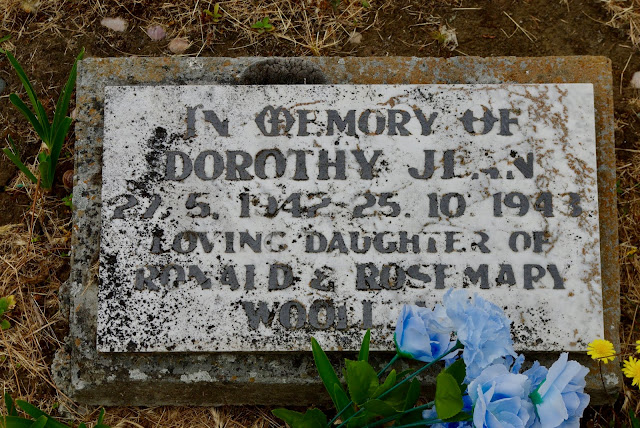 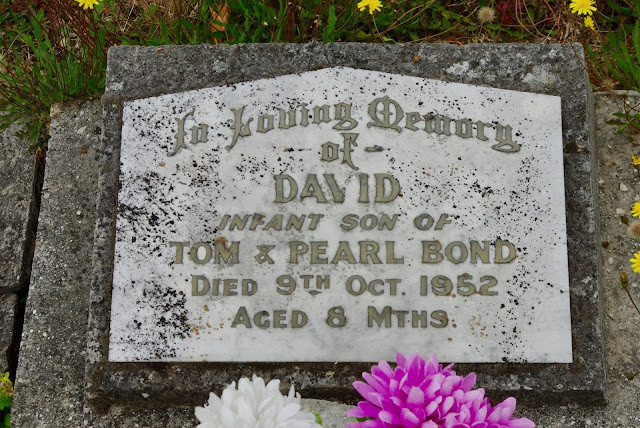 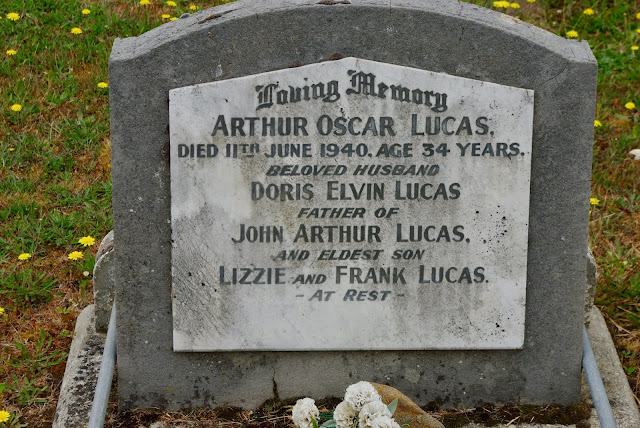 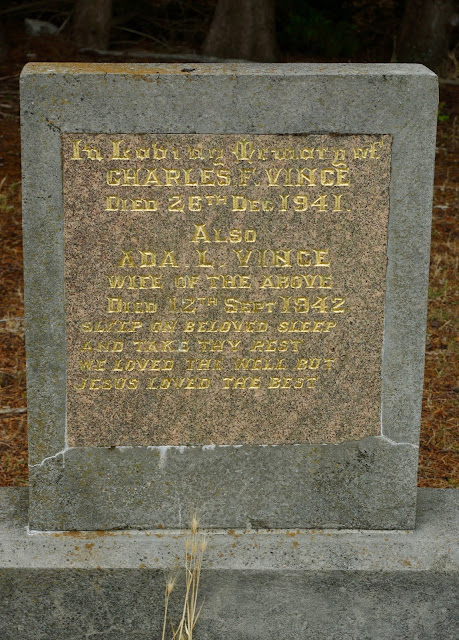 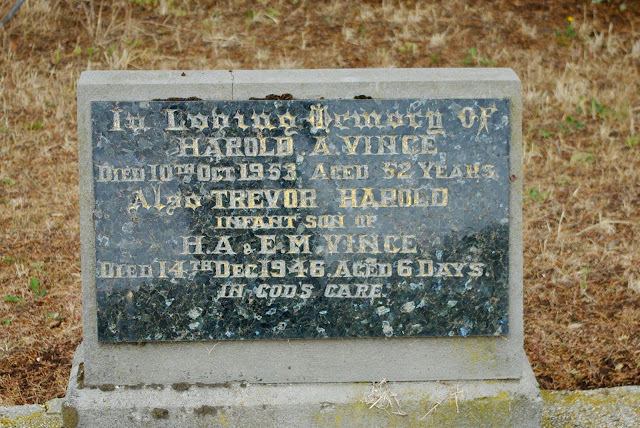 “On crossing the bridge leading to Judbury the first place we came to is Mr Helm's, the homestead having been built since the bridge was erected some few years ago. Then there is Mr Les. Rimon's farm. This fine property was once owned by Mr Cato, and later by Mr Herb. Skinner. It was cut into three portions; the section with the old home, famous tor the production of Florence cherries, being taken over by Mr C. Elliston. Further along is 'The Hermitage,’ probably the finest grazing land in Tasmania, judging by the number and quality of fat cattle which come off it year after year. Still further out are the sawmills and settlers' huts, which give a vivid idea of what the early settlers had to contend with when they took up what are now prosperous farms and orchards.

Mr Henry Judd, one of the fine old pioneers, once told the writer that there were falls at one portion of the river that were so high that the water broke into spray, before reaching the rocks. I understand this area, has been reserved by the Hydro Electric Department as a probable site for a future addition to their power supply.

Returning down the river again, Judbury was reached. Here there is new a general store, post- office, State school and public hall. Nearer to Ranelagh is the magnificent property, "Forest Home." What a host of memories came back to me as I gazed, on this beautiful portion of the Huon Valley. When the late Mr Henry Judd first asked for a bridge to be built at Judbury the Minister’s reply was 'When the Judds, Sherwins and others came here upwards of 100 years ago there was no Government-made road. The settlers themselves had to be satisfied with the rough tracks which they them selves made. Bullocks were the only means of haulage, and some times an animal was lost through it sinking in the bogs."

The first homes were built (unknowingly) within reach of floods, and the first very rainy season
caused untold misery and destruction through the loss of homes and furniture. Not to be daunted these early settlers simply went to the higher land, and started again to conquer the forest of timber and undergrowth. What a transformation there is now. The work of the pioneers was carried on, just as vigorously and more successfully by their successors. There is a largenhomestead, cool store, workmen's cottages, barns, stables, and other farm buildings. The greater part of this work has been accomplished by the Hon. W. H. Calvert and his son, Mr D. F. Calvert, who are to be heartily congratulated on the success that has attended their enterprise and greatnenergy. Everything about the place carries the imprint of care and thoroughness. The fences and gates, which usually convey to the visitor the class of farmer that works the land enclosed by them, at once give a most favourable impression. The grass lands are a rich green, indicating that nature is assisted in a scientific way to produce bountiful crops, and the stock are all sleek and of the best breeds and quality. “Only the best" seems to be the essential that is required by these capable tillers of the soil. The cool store, I was informed, is the only privately owned one in Tasmania. It has a capacity of 14,000 cases, which is some indication of the great production of the orchards which form an important portion of the property. A maximum yield would be in the vicinity of 30,000 cases of apples and pears.

The Hon. W. H. Calvert came to 'Forest Home' 43 years ago. It was then owned by his aunt, the late Mrs J. Nicholson. After managing the farm for a couple of years W.H. was persuaded to purchase it, and success followed his energetic methods ever since. Not only is the orchard portion one of the most productive in Tasmania, but the pastures are extremely rich….”.