- March 02, 2020
Glen Huon is a small settlement on the banks of the Huon River approximately 10 kilometres west of Huonville. The area was once a major apple-growing district. The settlement was referred to as part of the Upper Huon before the 20th century.

The Seventh-Day Adventist Church was established in Tasmania in 1888. The denomination originated in the USA in the 1860’s and in 1885 a group of Adventists travelled to Australia and began preaching in Melbourne. After a church group was established in Melbourne in 1886 members moved on to Sydney, Adelaide and Hobart. Public tent meetings were held in Sandy Bay in 1888 which led to the establishment of a church at Collinsvale and then at Hobart and Launceston soon after the start of the 20th century. Church primary schools were begun in Hobart (1901), Launceston (1904), Glen Huon (1918) and Moonah (1933).

The Seventh Day Adventist Church at Glen Huon was among the first five Adventist churches established in Tasmania.  Little is known about the original building which was situated on 'Seventh Day Road'. This was replaced by a modern church in the 1960's but this has closed in recent years. The church now appears to be used as a dwelling.

*Additional information and sources about the church and building are most welcome as all articles are updated. I can be contacted through this page or my Facebook page "Churches of Tasmania" which is linked here: <Churches of Tasmania>. 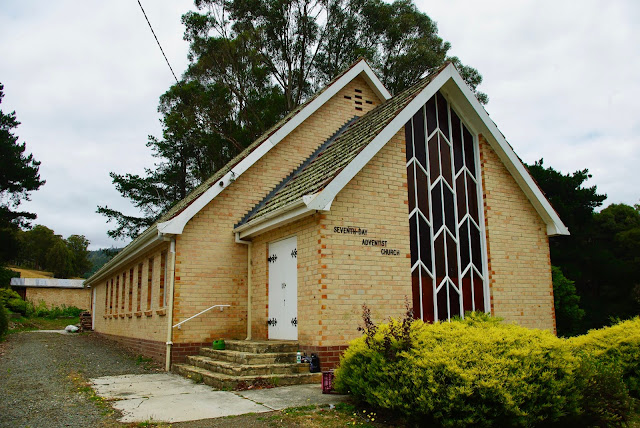 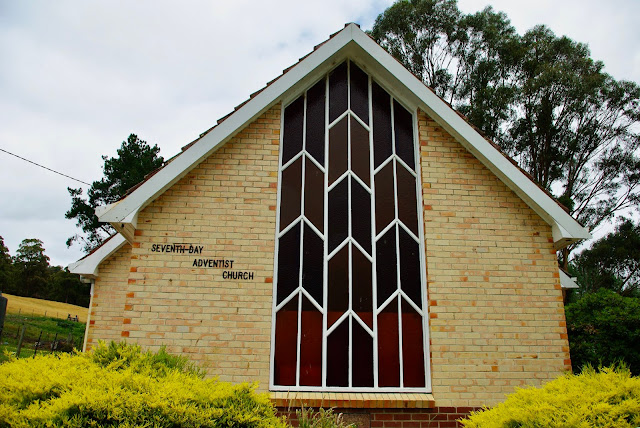 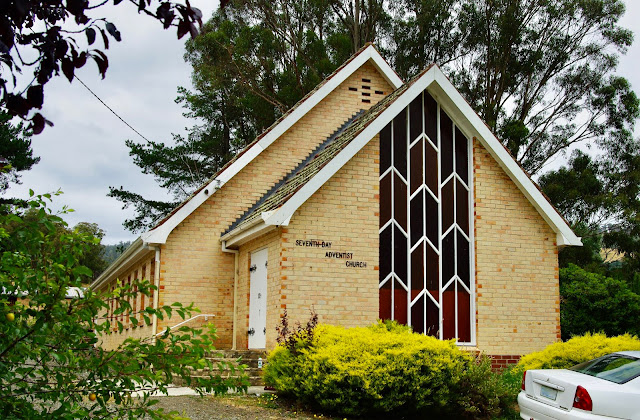