- March 13, 2020
Wynyard is a town on the North West coast approximately 20 kilometres west of the city of Burnie. The area around Wynyard was originally named Table Cape by the explorers Bass and Flinders. The name was changed to Wynyard in the 1850s, in honour of Edward Buckley Wynyard, Lieutenant-General of the New South Wales Corps. In his capacity as commander of troops in New South Wales, Van Diemen’s Land and New Zealand, Wynyard visited Table Cape in 1850-1.

Wynyard’s Romanesque style St Brigid’s Catholic church is unique in Tasmania. It replaced an older church which was built in 1876. [see No. 662] The new church was largely funded by the sale of valuable church-owned land in the centre of Wynyard. The Federal government purchased one block of land for £260 for the construction of a new post office. A corner block was sold for £700 as a site for the Commercial Bank. This money, together with fundraising by the Catholic community allowed for the construction of an unusually large church for a small country town. The foundation stone for the new church was laid by Archbishop Delany on Sunday 28 May 1911. The church was designed by Canadian born architect, Mr Stephen Priest of Devonport.

The scale and cost of the building was a matter of some controversy. In ‘Planting a Faith’, Terry Southerwood writes:

“The saga of the building of St. Brigid’s….revolves around the dramatic and controversial personality of Archdeacon T.J. O’Donnell. Archbishop Delany laid the foundation stone on May 28, [after] a dispute between the bishop and pastor. T.J’s ambitious church project was considered far too big for a Catholic minority population in a relatively small town of less than 1,000 people. When he saw the plans, the Archbishop told O’Donnell to reduce the size of the proposed building. A few days later when the prelate had returned to Hobart, the priest removed the stone to where he had originally intended it to be placed and proceeded to build an imposing church on a grand scale”.

Perhaps as a consequence of Father O’ Donnell’s defiance the Archbishop was not present at the church’s opening and dedication in October 1912. The opening was covered by all of the State’s newspapers including Hobart’s Daily Post:

“The official opening and dedication of the new Catholic Church took place today. The ceremony was performed by the Rev. Monsignor Gilleran, assisted by Rev. Fathers T. J. O’Donnell (parish priest), D. Murphy (Zeehan), and M’Nally (Launceston.) The magnificent new building, which is to replace the old wooden structure which has long been inadequate for the requirements of a large and growing district like Wynyard has already been fully described in these columns. The erection of the new Catholic Church on such ambitious lines for a country town was conceived and carried out successfully by Father O’Donnell, and St. Brigid’s Church will stand out now and for many years to come as a magnificent monument to foresight, courage, energy, and perseverance of Rev. T. J. O'Donnell and to the splendid faith of the Catholics of the district. St. Brigid's is an ornament to the town. It is imposing In appearance, and is the first thing that catches the eye of the visitor, from whom it has Invariably elicited exclamations of surprise. It is easily the best and largest country church in the State, and unequalled by few In the Commonwealth. Despite threatening weather a great crowd assembled for today’s ceremony and the capacious building which was to be dedicated to the service of God was packed to its uttermost capacity. The attendance was estimated at between 700 and 800….”.

The final cost of the church amounted to £3000 and the building’s debt was not paid off until O’Donnell left Wynyard in January 1918. When Father O’Donnell left Wynyard controversy followed him. In February 1918 O'Donnell created a sensation by joining the Australian Imperial Force as a chaplain with the rank of captain. He embarked on a speaking tour in support of conscription before he served in France with the 11th Battalion. In October 1919 O'Donnell was arrested in Ireland for traitorous and disloyal language concerning the King and British policy in Ireland. He was held in Dublin before being removed to Britain to be tried for treason. Prime Minister ‘Billy’ Hughes protested to the British government and sent messages of support to O'Donnell while Winston Churchill responded to the matter in the House of Commons.

While a larger than life character, Father T.J. O’Donnell sought to identify the Church with the public good. He sat on the Table Cape Council as a representative of the ratepayers, devoting his considerable energies to what he considered the best interests of the community. Terry Southerwood writes, “There were two sides to every question, Father O’Donnell’s and the wrong side”. Fortunately for the citizen’s of Wynyard, Father O’ Donnell got his way and his defiance has left the legacy of an architectural gem and one of the finest churches on the North West Coast.

* All colour photographs used in this article are my own. 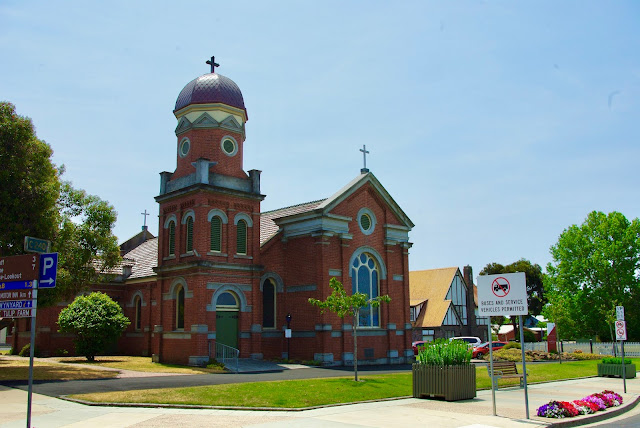 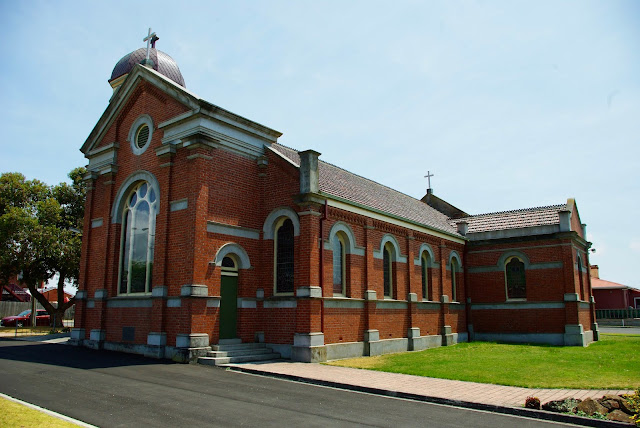 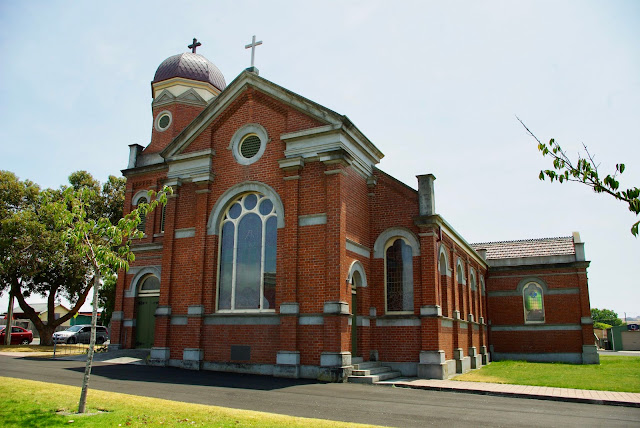 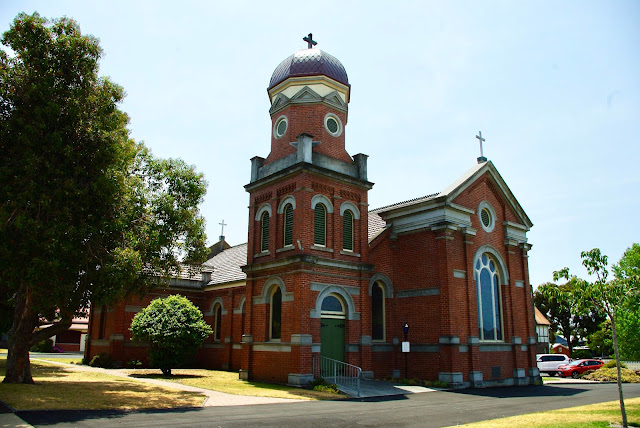 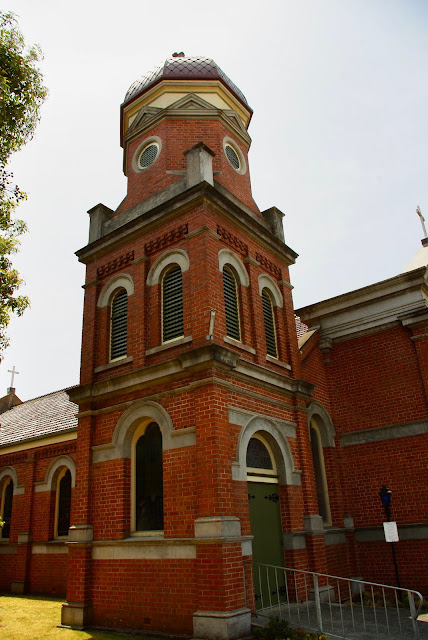 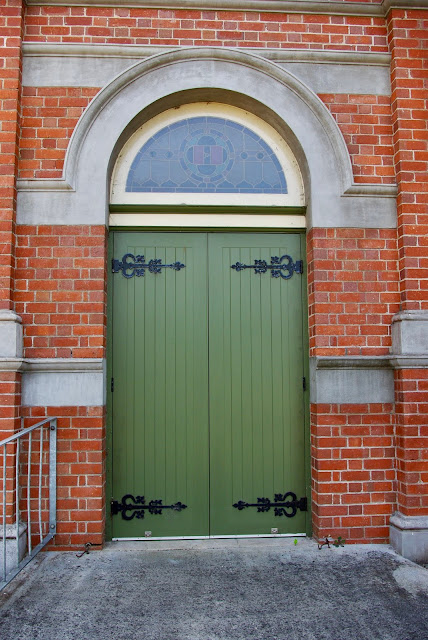 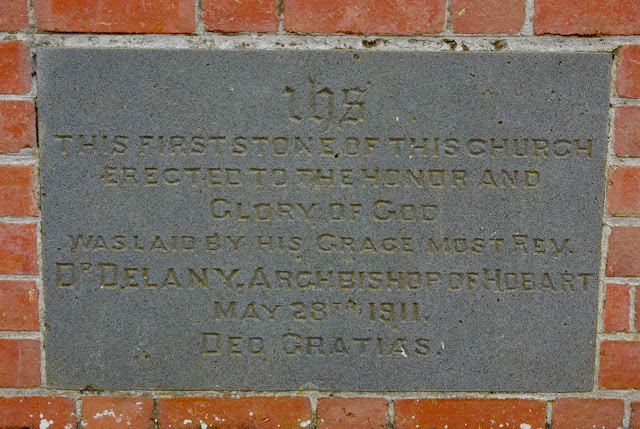 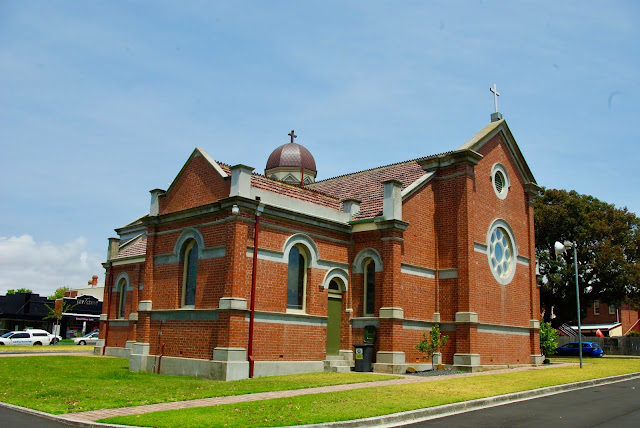 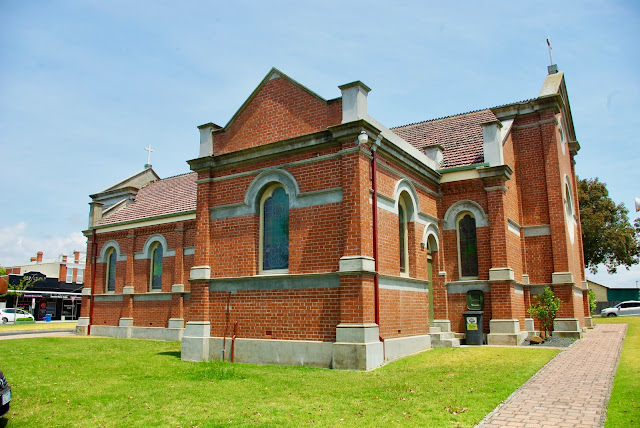 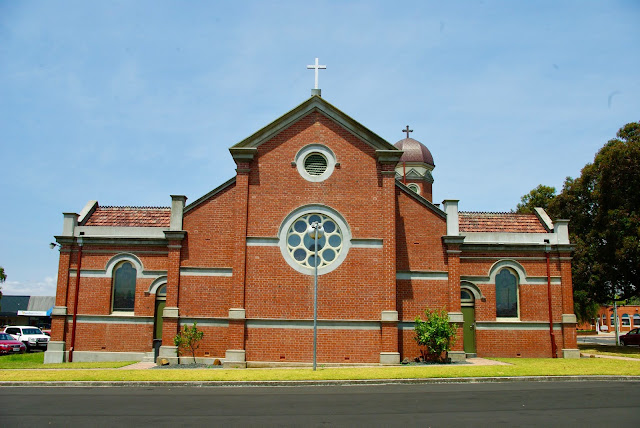 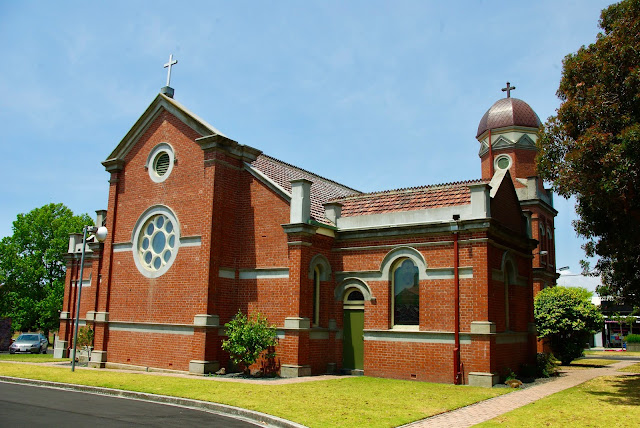 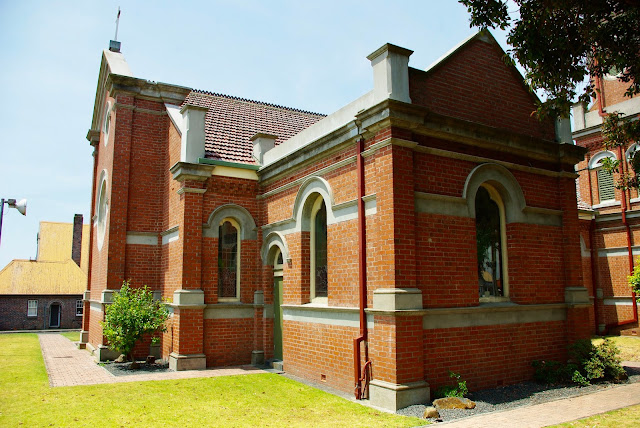 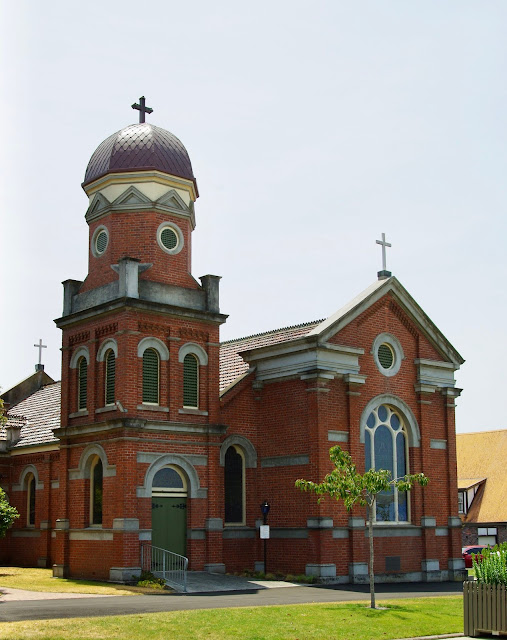