- March 20, 2020
Margate is a coastal town on the Channel Highway approximately 7 kilometres south of Kingston. The original settlement was closer to the sea however the modern commuter town is now centred along the highway where the town’s churches are located.

Margate’s Methodist church closed almost 50 years ago when the building was purchased by the Christian Brethren. It is now known as the Margate Christian Church.

The early history of Methodism at Margate is unclear. In ‘Tasmanian Methodism’ written by Reverend Max Stansall, he states that the records of Methodist activity in Margate have not survived but the church was established as a result of a “venture of the Worsley family”.

Published accounts of the church’s early years are minimal. While the Hobart Mercury published a report on the ceremonial laying of the church’s foundation stone in October 1901, the copy of the report is badly faded and difficult to read. However, a few basic facts can be deciphered.

Methodism at Margate dates back to the late 1860’s with early services held in homes before a simple church was built. This building fell into a state of disrepair and services were moved to the local State school. Here the congregation “severely taxed the room at times”, which led to a decision to build a second church on land purchased “on the corner of Cross-road and Perrin’s-road”. The church’s foundation stone records that it was was laid by Captain J.W. Evans, the local member of the Legislative Assembly, on Wednesday 30 October 1901. However, the Mercury’s report states that Captain Evans was unable to attend the ceremony and that the stone was instead laid by Reverend Alex McCallum. The church was built by local contractor, Ernest Tew at a “contract price of £87”. There is no surviving record of the church’s official opening but this occurred in the latter half of February 1902.

The subsequent history of the church is only sporadically covered by the local press.  The Christian Brethren acquired the building in 1974 but the Methodists continued to hold a monthly service under an arrangement with the Brethren.

Additional information and sources about the church and building are most welcome as all articles are updated. I can be contacted through this page or my Facebook page "Churches of Tasmania" which is linked here: <Churches of Tasmania> 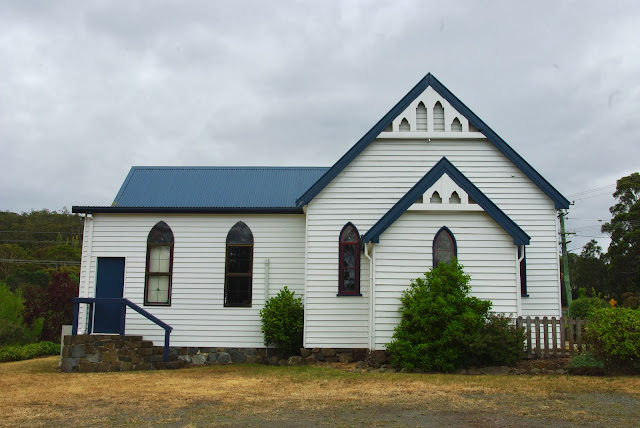 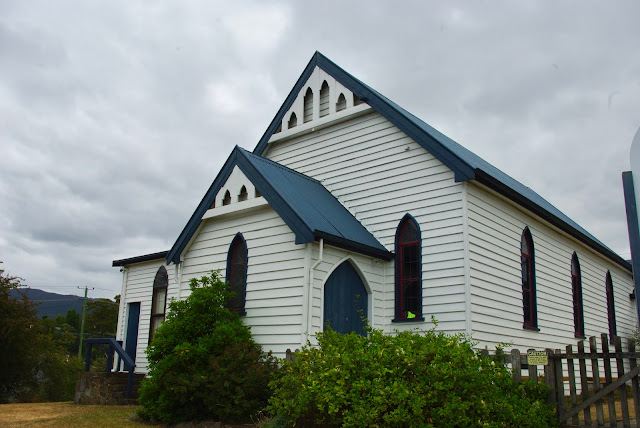