- March 23, 2020
West Pine is a small rural community approximately 8 kilometres south west of Penguin on the North West Coast.  Located west of Pine Road, the area was originally called "Pine Road West”. It was locally known as "West Pine” which was eventually adopted as the official name of the district.

The history of the Anglican church at West Pine is complex but can be divided into three distinct periods:

A previous article on Churches of Tasmania [No. 659] traced the history of West Pine’s first church-school and the parish hall which replaced it.  This article will focus exclusively on the Church of the Ascension (1944-2008).

The history of the Church of the Ascension is somewhat complex. The church (or at least its timber) was originally part of an Anglican church built at Ellenton (now Cuprona) which opened on Sunday 22 December 1907.  The establishment of the Copper King Mine at Ellenton in 1906 gave impetus to build a church for the settlement.  However, the collapse of the Burnie Copper Mine Company in 1908 resulted in a decline in population and the church was moved to South Riana in 1921.  Between 1921 and 1944 it was known as the South Riana church hall before it was moved once again to West Pine.

When the South Riana church hall was moved in 1944 the building was completely dismantled and the material was used to build a brand new building based on the design of another Anglican church in the district; All Saint’s at Riana.  This church (All Saint’s) is now located at Camp Clayton near Ulverstone and it closely resembles the redesigned West Pine Church.  No photograph exists of the South Riana church hall before it was broken up but it must have been of a similar size to the new West Pine Church.

The new church at West Pine, built by Mr B. Banham of Penguin on land donated by Mr. L. Bonney.  It was officially opened on Sunday 12 November 1944 by Archdeacon H.B. Atkinson of Launceston.  In June the following year the church was consecrated as the “Church of the Ascension” by Bishop Cranswick. It was the first church consecrated by the Bishop following his  appointment to the diocese in 1945.

The final service at the church took place on 1 June 2008, almost 101 years after its foundation at Ellenton.  The church is now used for tourist accomodation and is known as “Pine Berry Retreat”.

* All photographs used are taken by myself. 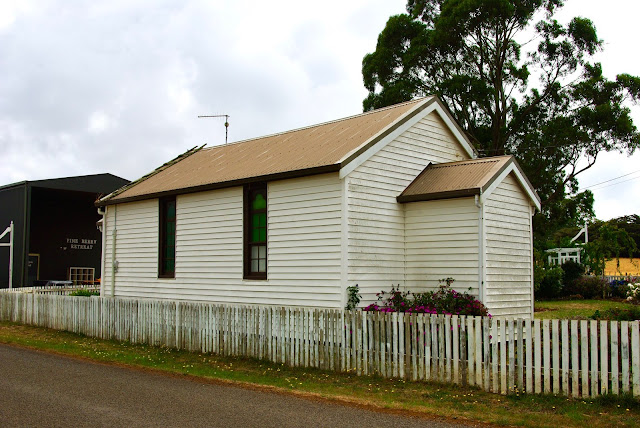 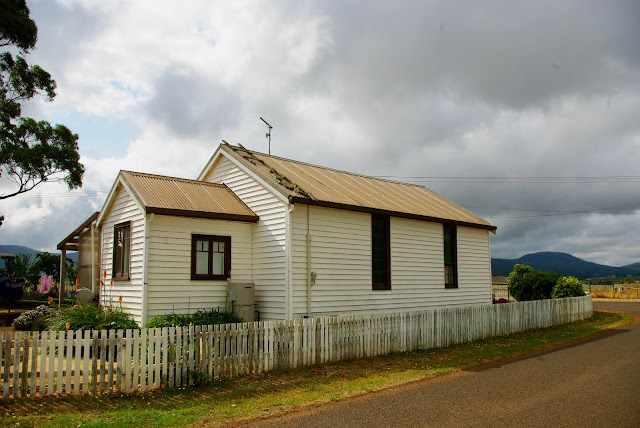 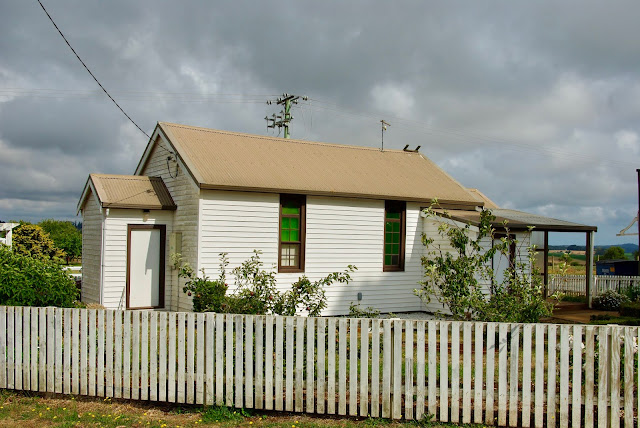 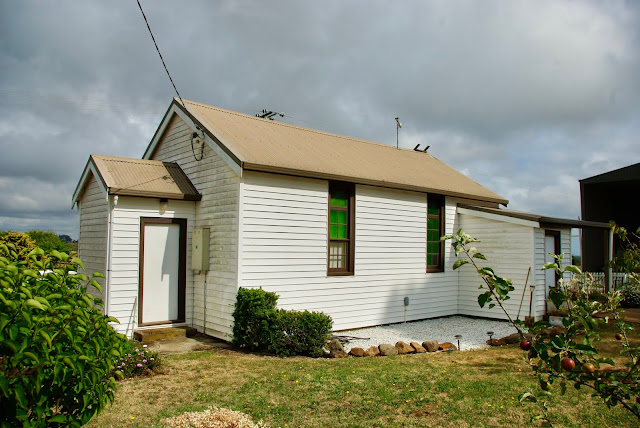