- April 17, 2020
Huonville is a town on the Huon River which is situated approximately 35 kilometres south of Hobart. Huonville was not originally intended as the site of a town as nearby Ranelagh (then known as Victoria) was planned as the main centre. However Huonville’s location at a bridge crossing the Huon River led to it supplanting Ranelagh as the larger of the two settlements. Most of the areas historic churches were located at Ranelagh.

The first Salvation Army Hall was established at Ranelagh in the 1890’s. This was replaced by a second hall in 1917 after the original hall burnt down. In the 1950’s the Salvation Army relocated the hall to Huonville as the town had by this time become the more important centre.

The hall was officially reopened on Saturday 5 September 1953 by Major H. Maunder on a site on Wilmot Road. The building is now a modern structure which replaced the original timber hall at an undetermined date. It is likely that cement block structure on the right of the building is a replication of the original hall.

The history of the Salvation Army at Ranelagh will form the subject of a seperate article on ‘Churches of Tasmania’. 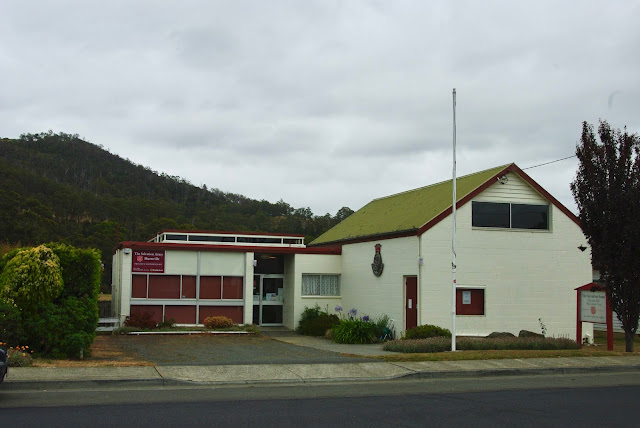 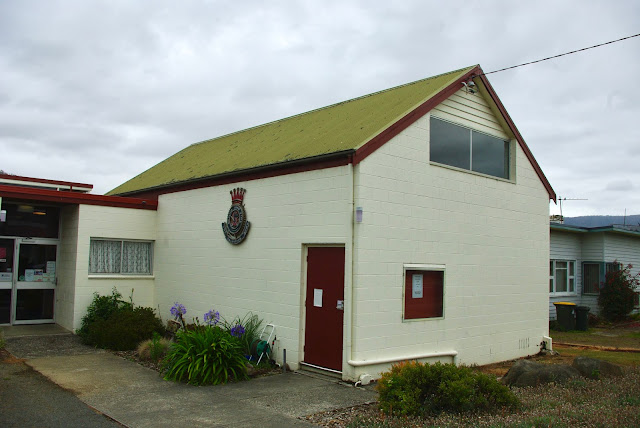