- April 18, 2020
Beaconsfield is a former gold mining town in the the Tamar River Valley and lies approximately 40 kilometres north of Launceston. Commercial gold mining began in the 1870s which led to a boom in the town’s population. Originally known as Brandy Creek, the township was renamed Beaconsfield in 1879 in honour of British Prime Minister, Benjamin Disraeli, 1st Earl of Beaconsfield.

The Jehovah's Witness diverges from the mainstream doctrines of Christianity in that it is a non-trinitarian tradition. Jehovah's Witnesses believe their denomination is a restoration of first-century Christianity. It is a ‘closed’ church and its practices have led its critics to regard it as a sect. The persecution of members of the Jehovah’s Witness in many countries, including Australia, has no doubt contributed to this culture of seclusion. For this reason the tradition is a challenge to research and articles about Kingdom Halls on ‘Churches of Tasmania’ will be limited.

The following information about the Jehovah’s Witness in Tasmania is derived from its tract, ‘The Watchtower’:

“In the early 1900s a member of the International Bible Students Association, as Jehovah's Witnesses were known, was distributing Bible study publications in Tasmania. Literature was left with the postmaster at Queenstown, Tom Anderson, and he and his wife became Witnesses. Around this time, E. Brewster preached around the state. In about 1908 Bible students were active in the Westbury area, and spread to the north-east of Tasmania. The Witnesses operated radio station 7UV in Ulverstone from 1934 to spread the Bible's message. In 1945 the Witnesses purchased their first Kingdom Hall (church) in Hobart. In 2003 there were 25 congregations statewide and over 1600 members regularly engaging in the public ministry…”.

At present there are 18 Kingdom Halls in Tasmania including the Kingdom Hall located on Margaret Street in Beaconsfield.

* Photographs used in the article are my own. 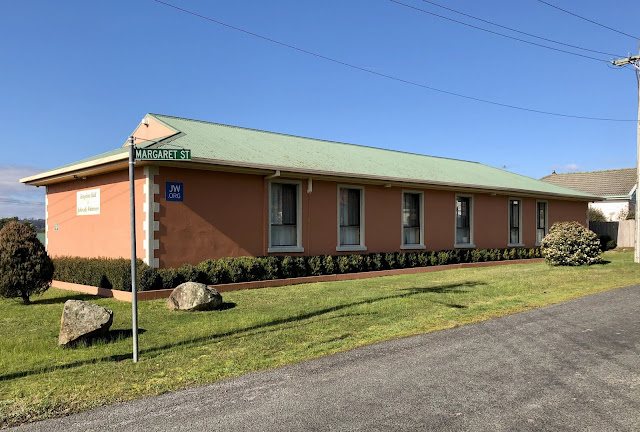 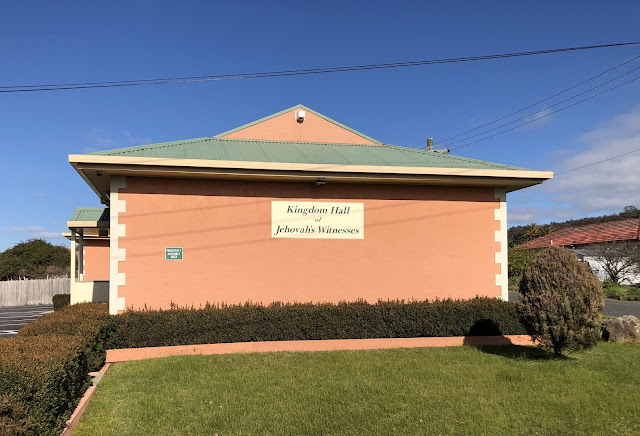 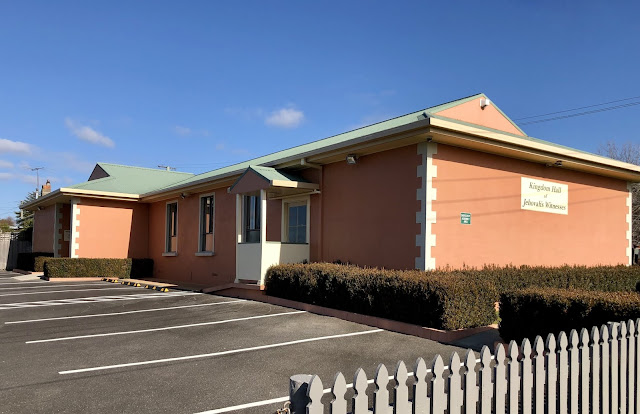