- April 28, 2020
Yolla is small rural town on the Murchison Highway approximately 20 kilometres south of Wynyard. When first settled in the late 19th century the area was named Camp Creek but this was changed to Yolla in 1906.

The first Methodist church in the Yolla district was a small church built at Camp Creek in 1896. [see No. 689] It was located on the road to Mount Hicks, less than a kilometre from present day Yolla. The opening of a butter factory in 1906 led to the growth of a settlement in its vicinity which is now known as Yolla. In 1922 the Methodists decided to move the old Camp Creek chapel closer to the emerging settlement.

In 1962 the church’s trustees decided to build a new church which was opened on 17 December 1967. The Yolla Methodist church became a part of the Uniting Church in June 1977. The old Camp Creek church was converted into a hall and later renovated and extended in 1989. It still stands behind the new church.

Sadly, declining attendance and the diminishing ranks of the faithful has led to the church’s closure. The Uniting Church and the former Camp Creek Methodist Church (hall) are currently listed for sale.

* All photographs, apart from those attributed to other sources, are are my own. 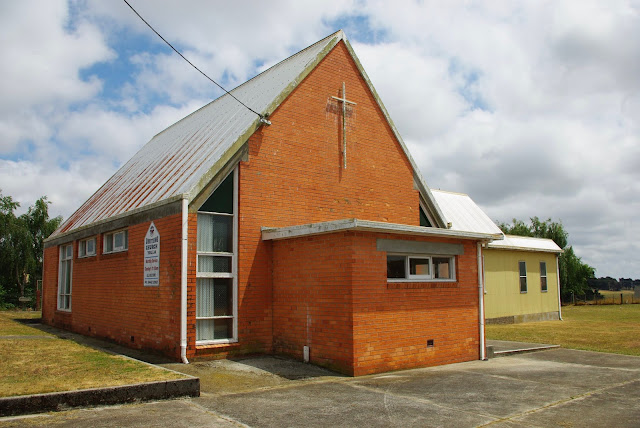 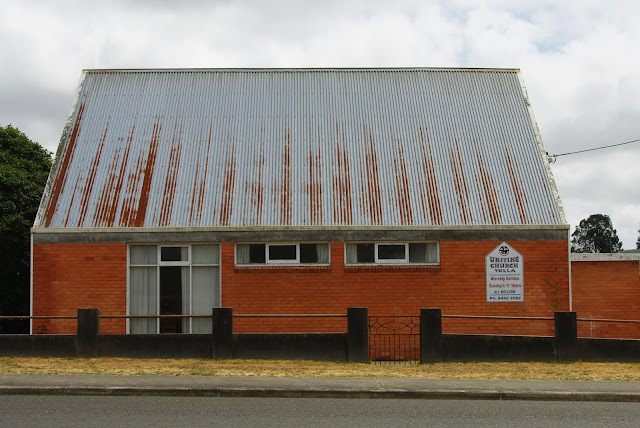 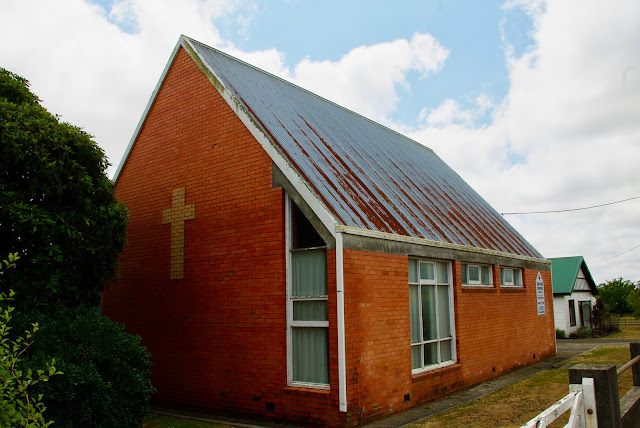