- May 09, 2020
Ranelagh is a township situated on the Huon River approximately 2 kilometres north of Huonville. Formerly known as Ranelagh Junction it had previously shared the name ‘Victoria’ with neighbouring Huonville. Four religious denominations have been represented at Ranelagh including the Methodists, Catholics, Salvation Army and the Anglicans.

The Anglican presence at Ranelagh dates back to 1839 and by 1850 a ‘bark church’ was in use. Three churches were built in the second half of the 19th century and the sequence of their establishment can be summarised as follows:

1853 - The first permanent church, a brick building, was constructed in 1853. It was consecrated in the following year. The building could seat about 100 people but little more is known about it.
1879 - A second church built. This was a timber structure which was consecrated in 1880.
1896 - A third church (the present building) was built after a fire destroyed the earlier church in January of that year.

While little is known about the brick church (1853) or the reason for its replacement, a description of the foundation stone-laying ceremony of the second church in January 1879 survives in a report in the Hobart Tribune.

“Tuesday last, the 21st instant, was a day that will long be remembered by the residents of Victoria, for on that day the foundation stone of St. James' Episcopalian Church was laid. Three o’clock in the afternoon was the time fixed for the ceremony, when the Rev. E. H. Thompson, assisted by the Rev. H. Hugill, performed the all-important task of using the trowel and mallet, which were appropriately decorated for the occasion. The inhabitants turned out in strong force to witness the ceremony, notwithstanding the thunder and threatening state of the weather. A tea meeting was hold after the stone had been laid, at which there was a large attendance. There were seven tables laid out in Mr. Frankcomb's spacious barn, which were loaded with the most tempting delicacies of the season, whilst the room was decorated with flowers and evergreens, and a motto, " God bless our church (the letters of which were formed of geraniums), was fixed at one end of tho room, and had a very pretty effect. The tables were twice filled, and although there was such a demand upon the good things provided, the fair caterers managed to attend to the wants of all….”.

No photograph or image of this building seems to exist but we have a description of it, that ironically, was recorded when the church was destroyed by fire in January 1896:

“The Anglican Church of St. James was burnt to to the ground on the afternoon of the 8th inst. The fire was first noticed about 3 p.m. by Mr. J. Kellaway, who was driving past, and who observed a small puff of smoke coming from the roof near the porch. An alarm was given, and many were quickly on the spot with ladders and buckets of water, but it was soon apparent that no efforts could save the building. A strong southerly breeze was blowing at the time, and the fire spread with lightning-like rapidity under the roof, and soon the whole building was one mass of flame. In the meantime willing hands had worked hard, and carried out the seats, organ, chandeliers, and a few books, but the altar, cloth, and a valuable quantity of music perished”.

“Mr. T. Frankcomb, choirmaster, had a very narrow escape. While endeavouring to save some valuable articles in the chancel the roof at the west end of the church fell in with a crash, and exit by the porch was thus cut off. Fortunately the east portion of the roof held up, and he made his escape through the vestry. He had scarcely done so when the remainder of the roof fell in”.

“Fears were entertained for the safety of the Sunday-school, the roof of which was deluged with water, and thus a second catastrophe was avoided. Had the wind been blowing from the west nothing would have saved the Sunday-school, and probably the State school, from destruction. St. James' Church was insured, but all will regret its being burnt down, as it was admittedly, one of the prettiest sacred edifices south of Hobart. It is thought the roof was ignited by a spark from scrub which was burning some distance away”.

The destroyed building was replaced in record time with the foundation stone of present church being laid May 1896. The Hobart Mercury reported:

“It will doubtless be remembered that the Anglican Church of St. James, Victoria, Huonville, was burnt down on the 8th of January last, A building committee was at once formed, and steps were taken for the restoration of the church. The old building had stood 17 years, and was fortunately insured in the South British Insurance Co., who, with commendable promptitude, at once paid down the sum insured. Plans were prepared by Mr. Fagg, architect, of Hobart, and the work is being carried on by Mr. Burgess, of this place”.

“Arrangements were made for the laying of the foundation-stone on Friday, the 1st lnst., by the Bishop of the Diocese, but owing to sickness in his family he was unable to be present, and the ceremony devolved on the Ven. Archdeacon Whitington. The weather had been favourable until about 2 p.m., when a heavy storm of wind and rain broke over the district. This, however, soon passed, and the opening ceremony was conducted under the cheering rays of an autumnal sun. A short, but appropriate, service was held by the Incumbent, the Rev. E. H. Thompson, and suitable hymns were sung by the choir. After laying the stone with the usual formalities, Canon Whitington delivered a most encouraging address, and wished all present "God speed" in their good work…..The new church will be considerably larger than the old one, and, judging from the plans and drawings, will be, when completed, one of the prettiest sacred edifices in the south of the island”.

The building building was completed within the year and consecrated in November 1896. The Mercury reported:

“On Sunday morning, 8th inst., the new Anglican Church of St. James was consecrated by the Bishop of Tasmania. Several leading lady and gentleman amateurs of Hobart kindly came down, and materially assisted the local choir, under the leadership of Mr. Thor. Frankcomb, of Huonville.nThe ceremony of consecration having been performed, Bishop Montgomery gave a very stirring address to one of the largest congregations ever assembled here, extra accommodation having to be provided for visitors from Hobart and the surrounding districts….The church which, for a country district, is a very large one, is also considered to be one of the prettiest in Tasmania, reflecting great credit on the taste of the architect and the workmanship of the builder. The Bishop, in the course of his remarks, complimented the people in having the edifice opened almost free from debt..…”.

St James’, which falls under the Huon Anglican parish, remains an active church with the building celebrating its 125th anniversary in 2021.

* All photographs are my own - apart from those with sources indicated. 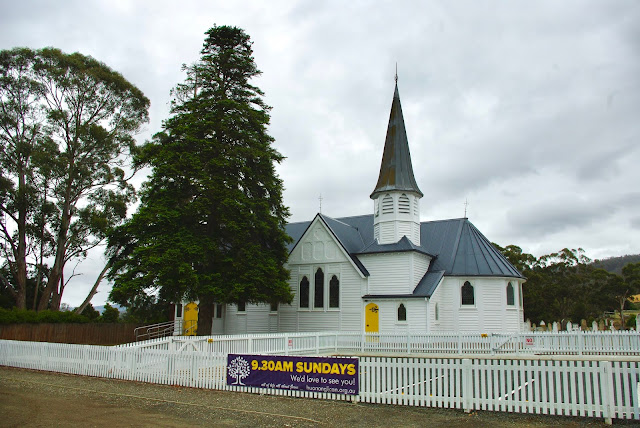 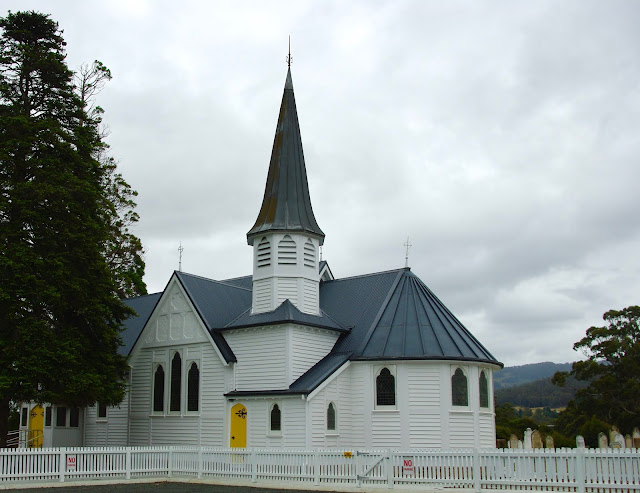 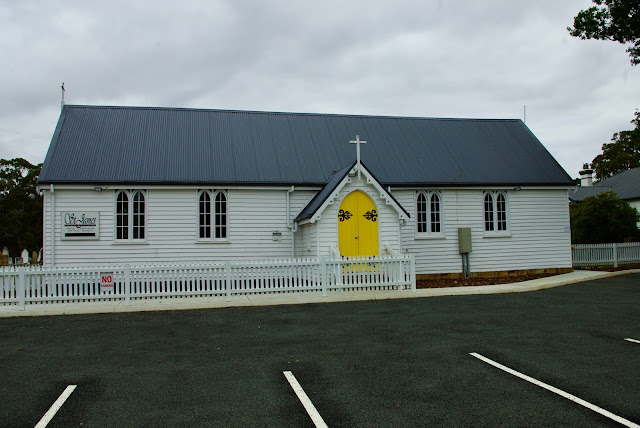 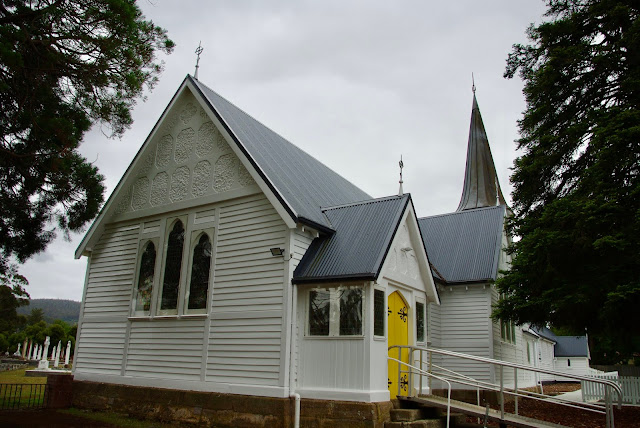 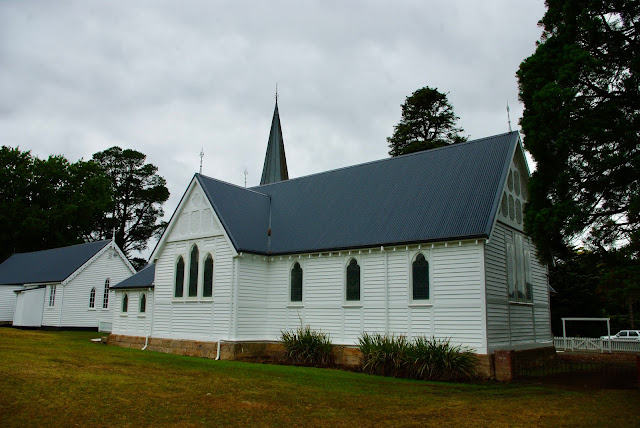 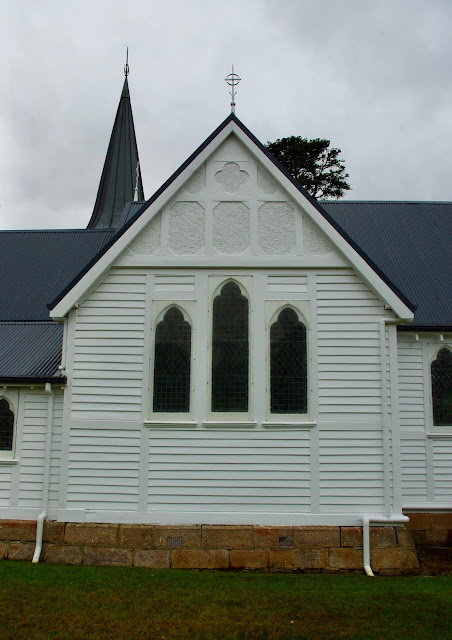 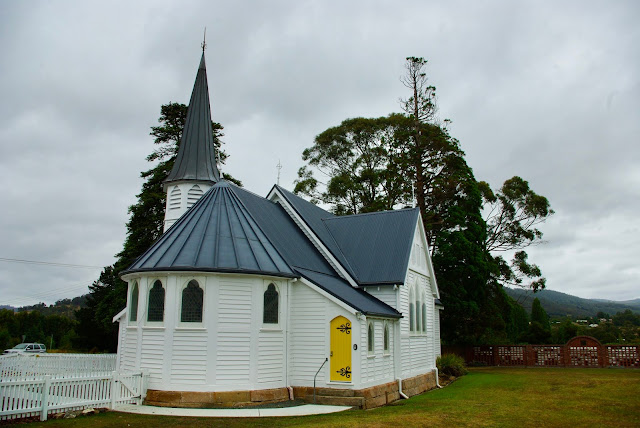 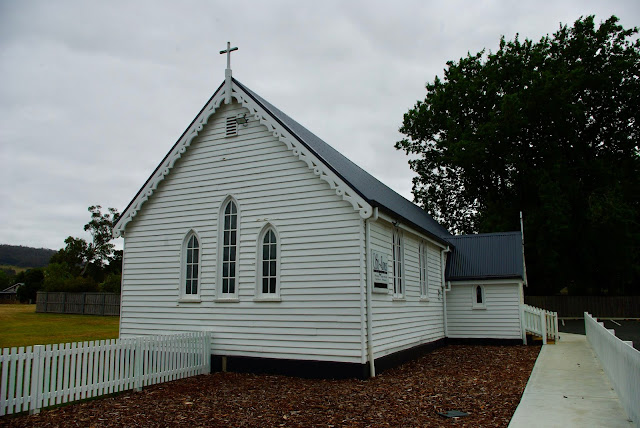 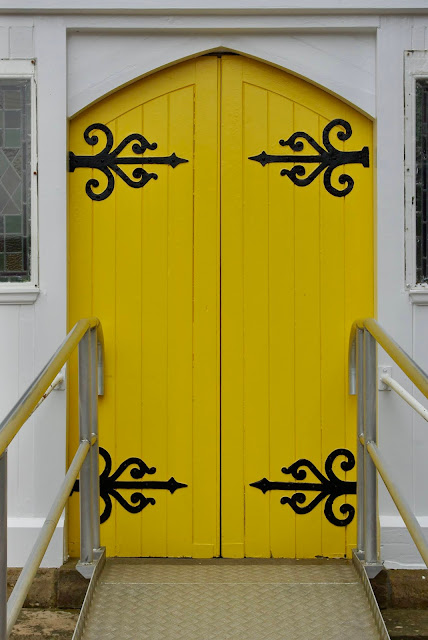 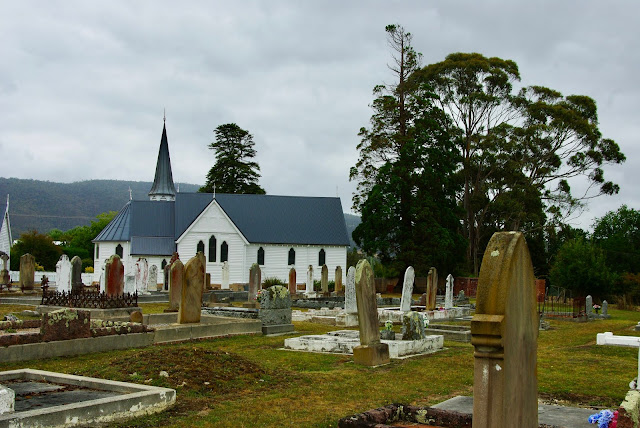 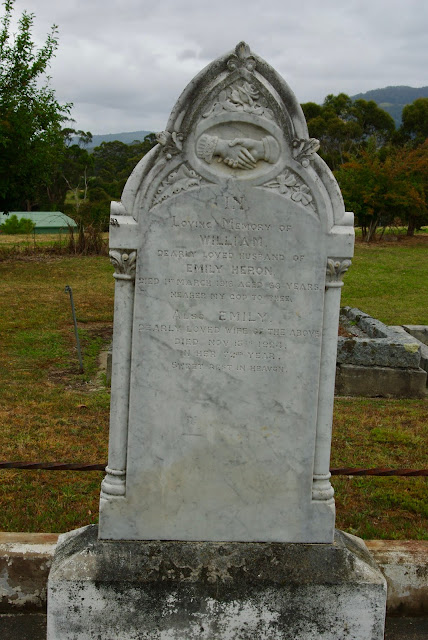 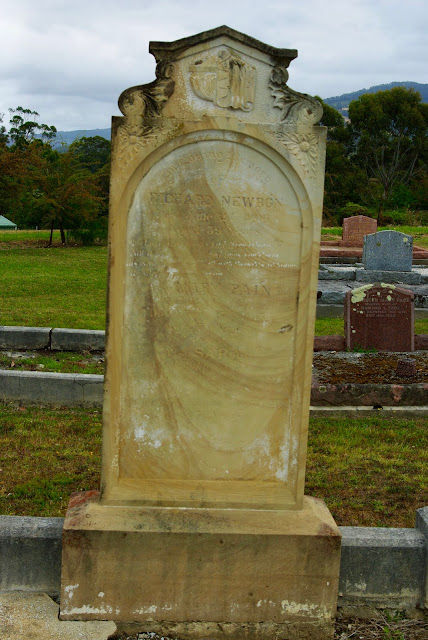 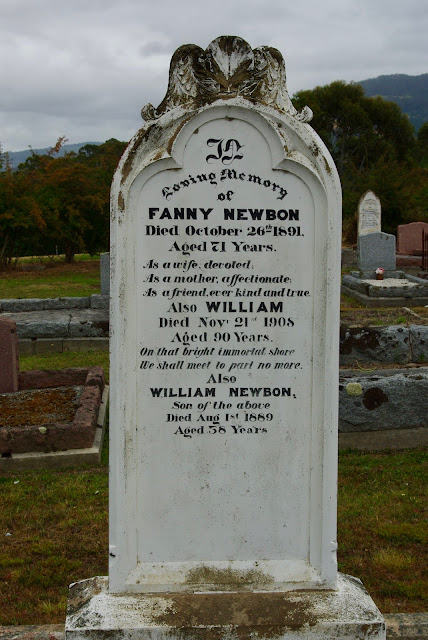 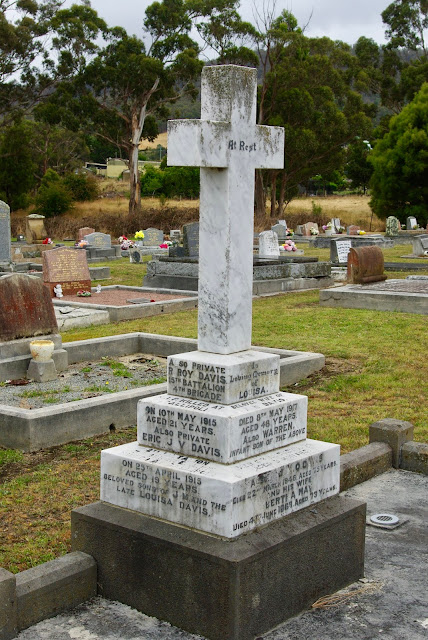 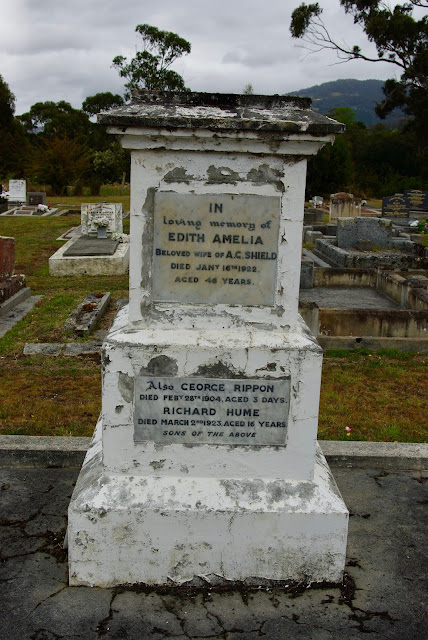 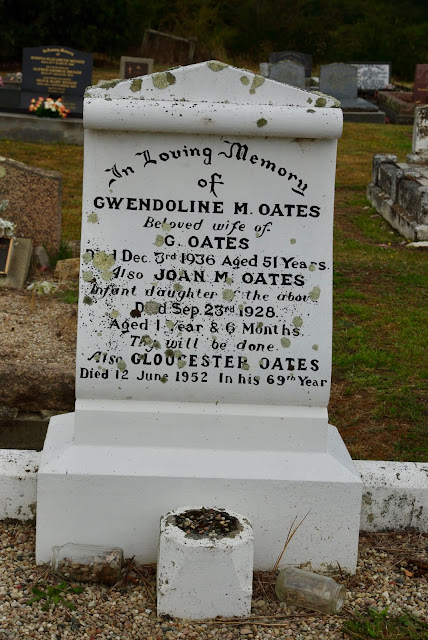 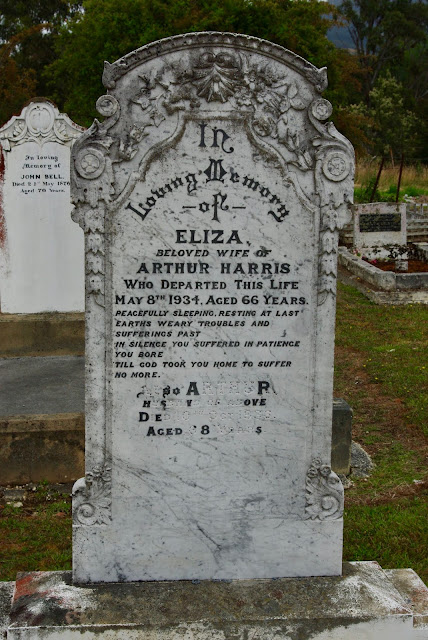 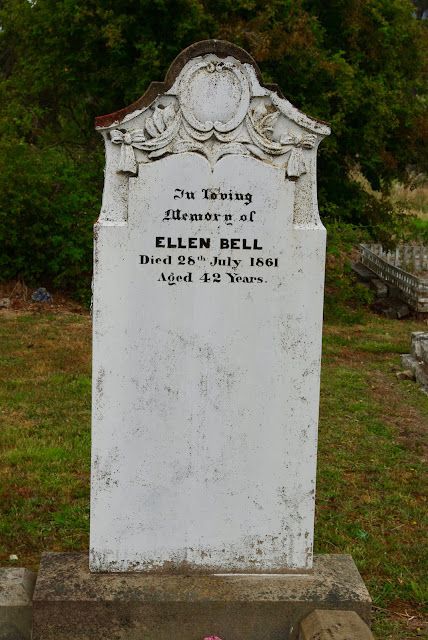 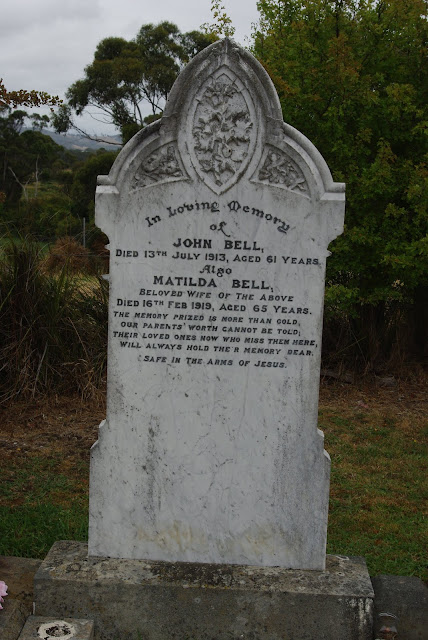 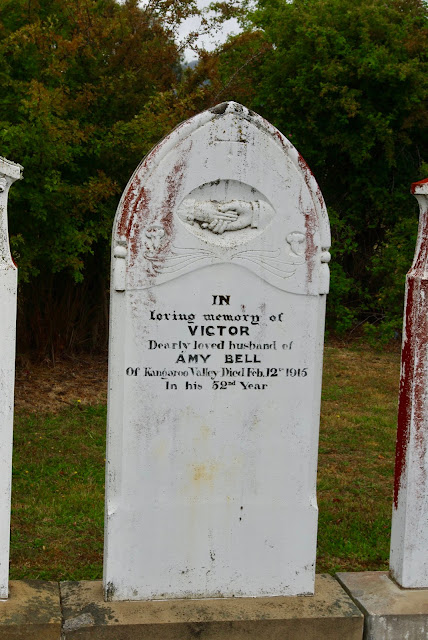