- July 04, 2020
In 1918 the newly created parish of St Michael’s and All Angels was established in West Hobart, a developing and poorer part of the city. Services were initially held in local homes and also in the Kingsway Hall. In late 1918, Reverend Thomas Gibson, the rector of the new parish, acquired an old army hut from the Claremont Camp for use as a temporary church. However this was deemed an illegal structure by the council and never put into use. See [No. 717]

Despite this setback it was not long before a church was built. Given the economic austerity following the Great War it was decided to build a church hall and a church at a latter date. The foundation stone for St Michael’s was laid in February 1920:

“Evidence of the interest which is being taken in the new St. Michael’s parish was manifested yesterday afternoon, when there was a large attendance at the ceremony of laying the foundation stone of St Michael’s Church-hall, which is to be erected near Franklin-street, to the rear of the site of the proposed St Michael’s Church, which is to face Arthur-street and Hill-street…..The land fronting onto Arthur-street is to be retained for the purpose of the church which is to be built at some future date, but the plans have yet to be prepared. The architect for the hall was Mr. Beedham, until recently engaged in the City Engineer’s office, and the builders are Messrs W. Cooper and Sons,….”.

“Having seen that the foundation-stone was well and truly laid, Mr Shoobridge said that it gave him considerable pleasure to lay the stone. The occasion was of historic interest to him because the hall stood on land which was granted to his grandfather 98 years ago….. he was glad that the church people in the new parish of St Michael s were making a start with that new building. He had hoped it would have been a church but it had been decided to build the church hall first….”.

The hall was completed within 6 months and formally opened in August 1920:

“Memories of the refusal of the City Council to grant permission for a temporary place of worship for the parishioners in West Hobart of St. Michael and All Angels Anglican Church, were revived yesterday afternoon, when the church hall, which has been erected in Franklin-street, off Arthur-street, was dedicated by the Vicar-General (the Ven. Archdeacon Whitington). The hall is a nice looking brick building, tiled roof, well ventilated, and installed with electric light, and has accommodation for about 150 persons. The building was erected… at a cost of £850. Of this amount, £600 has been raised in the parish during the past eighteen months. The rector is the Rev. T. J Gibson and he stated yesterday that he was very grateful indeed to the people of West Hobart for the noble response they had made and the enthusiasm they had shown in coming forward with financial assistance”. 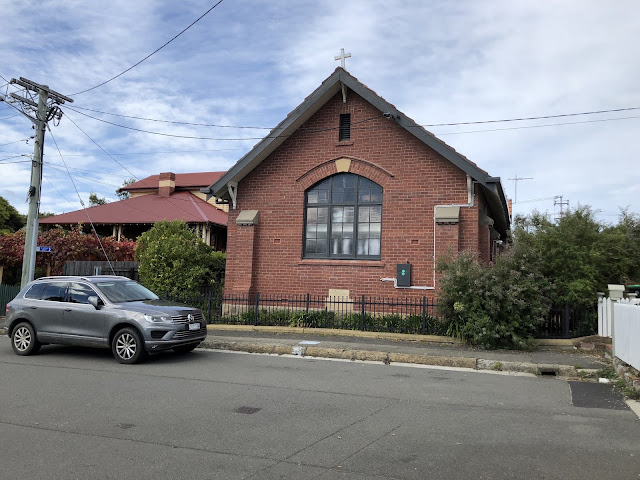 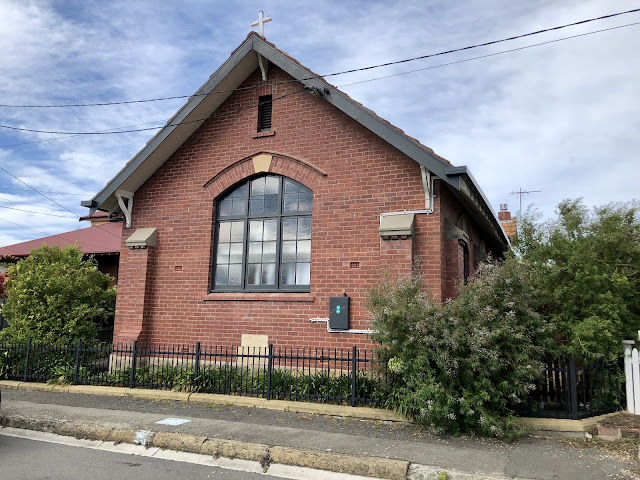 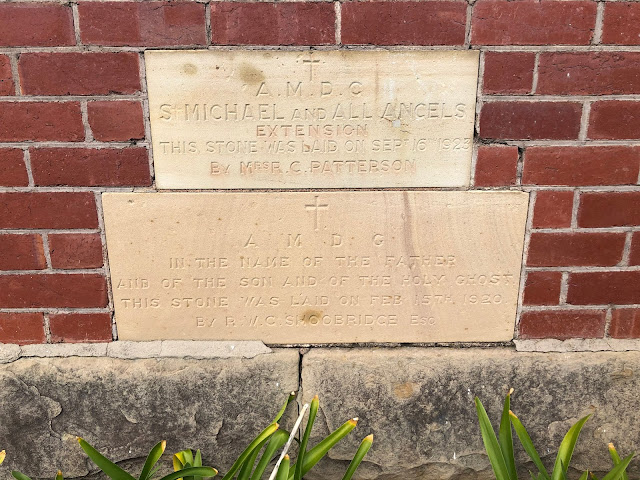