- July 18, 2020
Wynyard is a town on the northwest coast approximately 20 kilometres west of the city of Burnie. The area around Wynyard was originally named Table Cape by the explorers Bass and Flinders. The name was changed to Wynyard in the 1850s, in honour of Edward Buckley Wynyard, Lieutenant-General of the New South Wales Corps. In his capacity as commander of troops in New South Wales, Van Diemen’s Land and New Zealand, Wynyard visited Table Cape in 1850-1. Until the 20th century Wynyard remained a small town with a population of less than 500.

The history of Wynyard’s first Methodist church (The United Free Methodist Church) has been told in a previous article on ‘Churches of Tasmania’ [see No. 736]. With the Australian Methodist Union of 1902, the Wesleyan Methodists, who worshipped in Wynyard’s Town Hall joined with the Free Methodists to form a single congregation at the Dodgin Street church. It was only a matter of time before the small weatherboard church on Dodgin Street was outgrown and replaced by a larger modern building.

The story of the new Methodist church (the present Uniting Church) began with the ceremonial laying of the foundation stone on Saturday 13 August 1921. The Burnie Advocate reported:

“Saturday last will stand as a landmark' in the history of Methodism in Wynyard, in that the foundation stone of a new church was officially laid in the presence of a large number of people, including representatives from other local churches and a good number from the Burnie Methodist Church. The church now in use has seen good service during the past 44 years, having been moved twice, but time has left its mark upon it, and most of the speakers during the day were unanimous in the opinion that Methodism deserves to be better served in respect to its church in a town becoming noted for its beautiful church buildings. The local minister, Rev. H. G. Shepherd, occupied the chair,…. In opening the proceedings the chairman gave a resume of the efforts which had culminated in the ceremony to be performed that afternoon, and called upon the Rev. J. Williams to lay the stone”.

“Rev. J. Williams expressed his pleasure at being present, ….Wynyard, he thought, had the best churches of any town on the N.W. Coast. Example appeared to be infectious, and the church they were now building would add considerably to the architectural beauty of the town. People often referred to the number of banks and hotels in a town as a criterion of its business prosperity, and if that was any guide, then the number of churches and the quality of their buildings should be some criterion of moral and spiritual prosperity…. He then placed the stone in position, declaring it to be well and truly laid to the glory of God and the service of the Methodist Church…”

The building was completed within 6 months and the opening services on Sunday 12 February 1922 were reported by several newspapers, including Launceston’s Daily Telegraph:

“The week-end saw the opening celebrations in connection with the new Methodist Church at Wynyard, which makes another creditable addition to the other exceptionally fine church buildings in the town….. A large number assembled outside the church, on Sunday morning, and after a hymn and prayer, the Rev. J. Williams (chairman of the Tasmanian Methodist Assembly) unlocked the door and declared the. building open for the worship of God. The Rev. Williams was the preacher at each of the three services held on Sunday, there, being a large attendance, at each, and a number were unable to gain admission to the evening service….”.

Prior the the official opening, The Advocate published a detailed description of the new church:

“The new building is of brick, with iron roof, and although the design is without elaborate ornamentation, the building from an architectural stand point has an effective appearance, and will worthily uphold Wynyard's record for fine church buildings. The main building is 45ft. by 30ft., and with seating accommodation for nearly 200 persons. The minister's vestry is 16ft. by 12ft., and there is also a commodious entrance vestibule, with doors facing east and west. The inside walls have been well finished with a cement dado to the bottom of the windows, the remaining portion, to the floor being plaster of paris. The roof principles are of oregon pine, and the ceiling of V-jointed kauri. A platform 20ft. long, 11ft. wide and 26in. high, is surmounted by a handsome panelled pulpit of Tasmanian oak (the generous gift of Mr. A. Hutchison), raised 16in. above the platform, the latter being finished with a panelled Tasmanian oak screen along the front. The building is well lighted with four single light-leaded windows on each side, and a five light window on the south end, the centre of which is of stained glass representing "The Good Shepherd," given in memory of the late Mrs. Garner, by her children….The building is also well aired with six wall and four ceiling ventilators. The seats in the body of the church are arranged in three columns, giving two spacious aisles, and are of oregon pine, other furniture being two pedestals and a communion table of Tasmanian oak.…”.

The church was designed by architects ‘North, Ricards and Heyward’ of Launceston and built by local contractors ‘Jones and Son’ at a cost of £1250. The old weatherboard church was moved to the rear of the site to be used as a Sunday-school facility. The old church is still used but has been significantly altered over the years.

The original Methodist church has also been altered with a brick extension at the front of the building obscuring the original facade. In 1977 Wynyard’s Methodists became a part of the Uniting Church. Wynyard’s Uniting Church is still active and no doubt will be celebrating the “new church’s” centenary in 2022 when on this occasion the original weatherboard church will be in its 144th year.

* The colour photographs used in the article are my own. I have yet to find a photograph of the original building before the new facade was added. 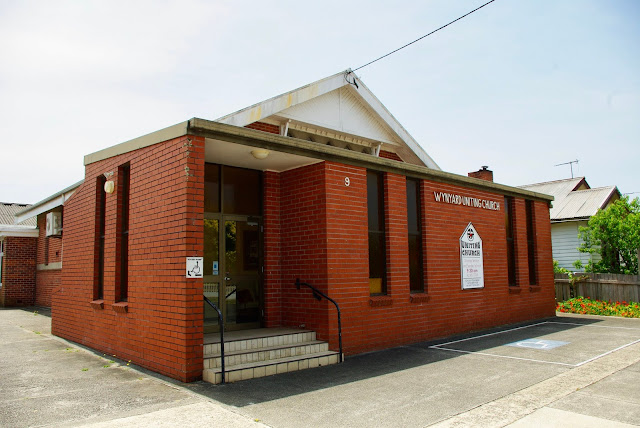 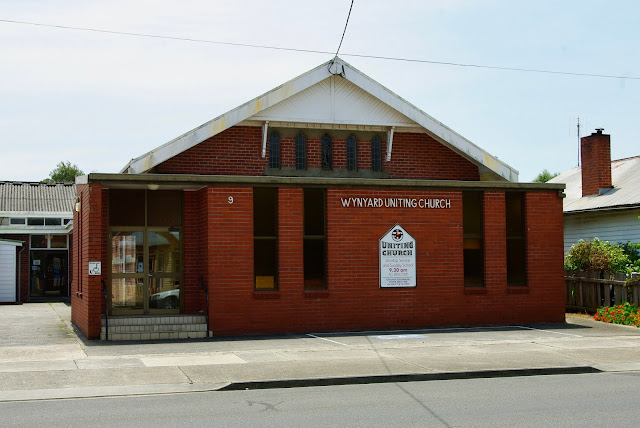 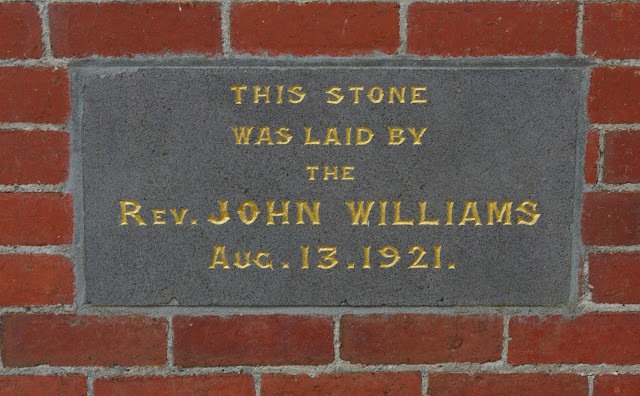