- July 24, 2020
Kangaroo Valley is a previous name for the Hobart suburb of Lenah Valley. Before the 20th century Kangaroo Valley was an orcharding area that centred on what was then Augusta Road which led up to the Lady Franklin Museum. The Kangaroo Valley Mission Church was located within sight of the classical temple ‘Ancanthe’, built by Lady Franklin in 1842.

In 1894 the first Anglican services held at Kangaroo Valley took place in an apple shed loaned by Mr Alomes. The shed had no windows and this “proved rather inconvenient, the door having to be kept open”. In early 1895 fundraising began to build a “suitable place of worship”. Public subscriptions enabled the opening of a small weatherboard church in June that year.

The church was officially opened on Sunday 16 June by Archdeacon Whittington. The Tasmanian News reported:

“There was a large number of persons present, and the Archdeacon was assisted by the Revs. A. Cass and W. Dodson. …. [the building]… is a short distance from Lady Franklin’s museum [and is] about 30ft by 18ft….”.

“The Rev. A. and Mrs. Cass presented the service books, and intend to supply the altar cloth; the Bible lectern (a handsome piece of work) and kneeler were given by Mr., Mrs. and Miss Tatham. At present it is intended to hold fortnightly services, but in the course of time they will be held weekly”.

The church was used for almost 40 years before it was moved to a new site on Cressy Street in New Town in 1934 where it was dedicated as St Bede’s. The old Kangaroo Valley Mission Hall still stands on Cressy Street although it has been somewhat modified and is now a house. 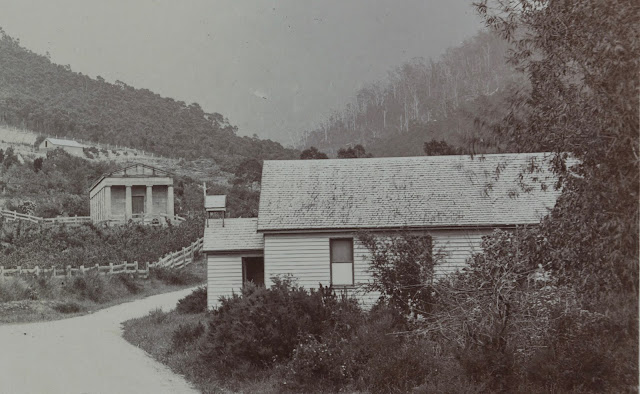 The Kangaroo Valley Mission Hall with the Lady Franklin Museum in the background - Detail from a photo by W. Little. Source: Libraries Tasmania 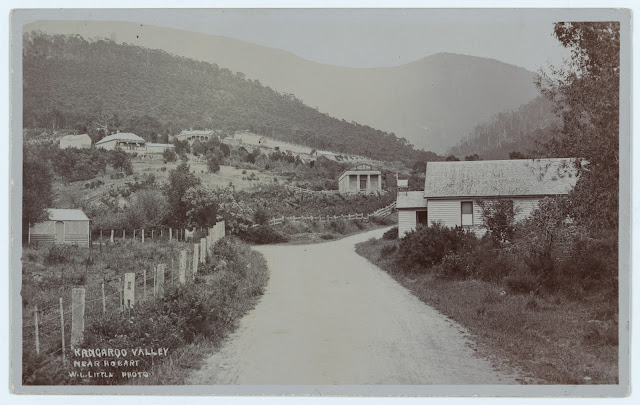 The Kangaroo Valley Mission Hall with the Lady Franklin Museum in the background - photograph by W. Little. Source: Libraries Tasmania 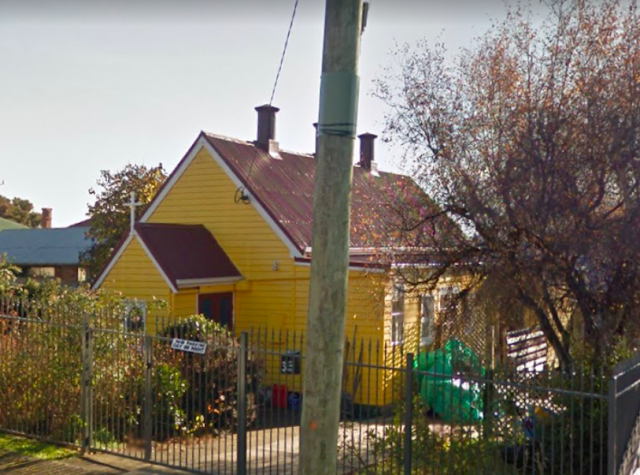