- August 14, 2020
Cooee is a small seaside town contiguous to the city of Burnie. The name ‘Cooey Creek’ is recorded on an early map before the area was first settled in the 1840s by the Byrne and Morris families. Cooee Creek remained relatively undeveloped until the close of the century, probably because the coastal land was not suitable for farming.

By the 1890s several small manufacturing businesses were established at Cooee Creek, laying the foundation for Cooee’s development as a manufacturing and residential settlement. In 1895 Launceston’s Daily Telegraph reported:

“There can be very little doubt of this locality becoming the manufacturing suburb of Burnie it being so eminently suitable naturally for this purpose. It is about two miles from Burnie, on the road to Table Cape, and has already five factories, mills, etc., on its banks, with unlimited capacity”.

Cooee Creek became more closely settled after the turn of the century. The first Methodist church services were held in the home of William and Eliza Burnell. William Burnell was a saw-miller who had been employed by the V.D.L. Company at Burnie and later built a store at Cooee. Eliza Burnell seems to have been the driving force in the families commercial venture and she ran the first post office. Eliza was also active in charitable work and later became a justice of the peace, having a strong interest “in court cases in which women and children were concerned”. One of the Burnell’s three daughters, Enid, was to marry Joseph Lyons, who became Prime Minister in 1932.

While the Burnell’s were staunch Methodists, they also saw an opportunity for providing Cooee’s Methodist community with a place of worship; a hall, that could also be hired for general purposes. The hall, which had a shop and post office built alongside, was opened in November 1905. It was named the ‘Elizabeth Public Hall’, after ‘Eliza’ Burnell. The official opening took the form of a Methodist service. The North Western Advocate and the Emu Bay Times reported the event:

“An important stage in the progress of the rising suburb of Coo-ee was reached on Sunday evening, when a public hall was opened with a Methodist Church service, conducted by Rev J. A. Gault. The erection of the building is due to the enterprise of Mr W. Burnell, who has opened it for public purposes, but is allowing its use for Methodist Church and Sunday school services for a term of five years, the only consideration being the provision of seating accommodation. It will be known as the Elizabeth Public Hall, and Mr Burnell notifies in another column that it is open for engagement for socials, meetings, etc. The building will be let at moderate terms, but the proprietor makes a firm stipulation that no intoxicants will be allowed on the premises. After a few weeks Mrs Burnell will be prepared to cater for socials, etc. The first dance in the new hall will be held to-morrow night”.

The report goes on to describe the hall:

“The building is 22ft' 6in wide and 30ft long and has a raised platform about 2ft high extending about 14ft across the northern end. The platform is in a recess at the back of the main building, and has two small retiring rooms, one on either side It is well floored throughout and lined with match boarding…”.

The opening service was also described as well as some details on the origins of Methodist activity at Cooee:

“For the opening services on Sunday, at which there was a fair attendance, Mrs Burnell kindly lent her fine organ, and Mrs Calder officiated as organist, in which capacity she has acted since services were commenced. The singing was hearty, and was continued for half-an-hour after the regular service was closed. A good response was made to a collection in aid of hymn books also at the opening services. The events leading to the establishment of regular Methodist services at Coo-ee are of interest. About five months ago Mr Richard Hilder, with the approval of those concerned, commenced services in connection with the Methodist Church at Mr George Burnett's residence, which was kindly lent for temporary services. The services have proved acceptable to the people of Coo-ee, which is now a regular preaching centre on the circuit plan. A Sunday school is also carried on….”.

The opening of the hall was not without incident. A few days after the event, a letter by William Burnell, published under the headline, ‘Larrikinism at Coo-ee”, appeared in the ‘North Western Advocate’:

“I wish to draw the attention of your readers to the conduct of a few individuals at the opening of the new hall last night, and to state that it my intention not to allow the parties in question, who are well-known, admittance in future to the hall. The conduct on the journey homewards to Burnie has been stated to me as disgusting”.

The Methodist’s use of the hall was extended until 1919 when the hall was acquired by the Burnie Church Trust. This came about as a result of the Burnell’s departure from Cooee for West Burnie which necessitated the sale of the both the store and the Elizabeth Public Hall. The hall was removed to a new ‘adjacent site’. Presumably this was done to put some distance between the ‘new’ church and the store as well as to facilitate the sale of the land.

In October 1919 the Launceston Examiner reported that the Burnie Methodist Trust had acquired the ‘Cooee Public Hall’ and:

“Intend removing the building… to a site lately purchased from the Government. The building will be considerably enlarged, and used as a church and Sabbath school.…”.

On Saturday 15 November 1919 the Burnie Advocate reported that the hall had been successfully re-erected:

“The walls have been raised and accomodation increased. It has been found necessary to postpone the official opening owing to the ‘flu restrictions, but services will be conducted tomorrow by the Rev. A. V. Ballard…”.

No published report of the postponed official opening appears to have survived. However in the following year the Launceston Examiner reported that continuing improvement had made to the church:

“The Methodists of Cooee are gradually improving their property, and are holding a series of socials in order to raise funds. A party of Burnie residents visited them on Monday evening, and a most enjoyable time was spent…”.

The subsequent history of the church not well recorded although services and Sunday school were held for the next 50 years. In 1975 Reverend Max Stansall noted that over the years additional rooms were added to the building but the site had been sold and the church demolished. Its replacement was a new brick church built on Fidler Street in 1973. This church, now the Uniting Church, is the only church still functioning at Cooee.

Unfortunately, no detailed photograph of the original hall and church are available. The only image I have of the church is where it appears in the distance in a series of photographs taken of the Burnie High School during its construction in the late 1950s. A photograph of the Burnett's store, alongside which the Elizabeth Hall originally stood (on the corner of Burnell Street) has been used to illustrate the article. 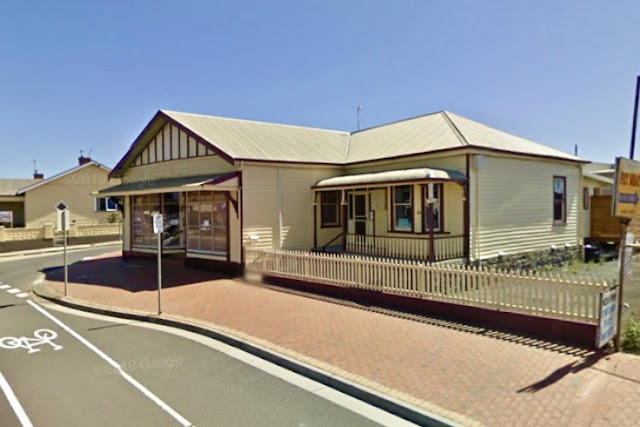 The Burnell's Store on the corner of Main Road and Burnell Street. The Elizabeth Hall was adjacent to the building.  Image: Google Street view 2010 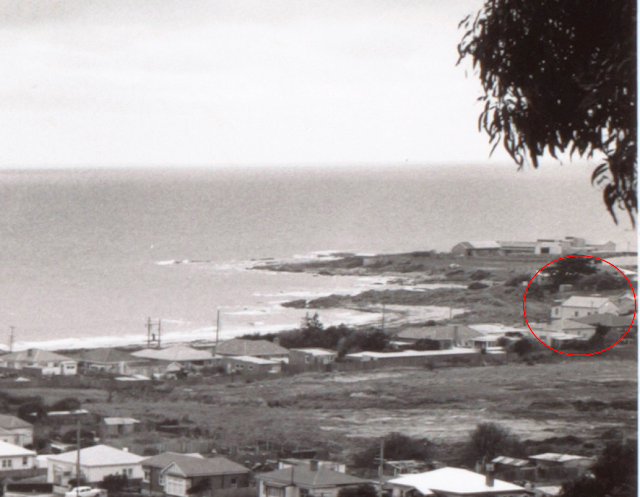 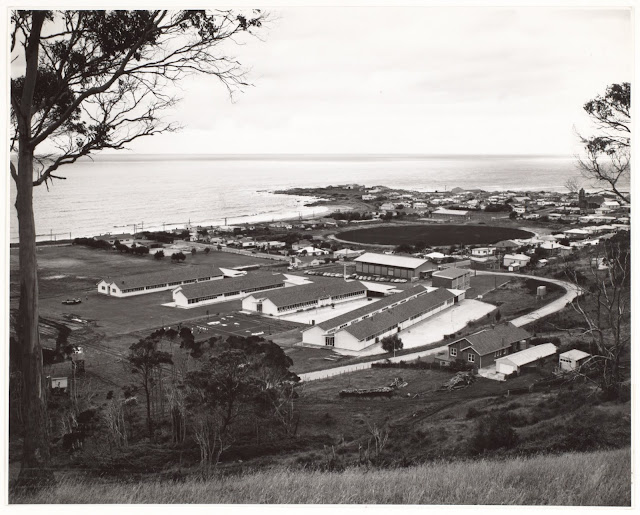 An advertisement in the North Western Advocate and the Emu Bay Times, Wednesday 15 November 1905. 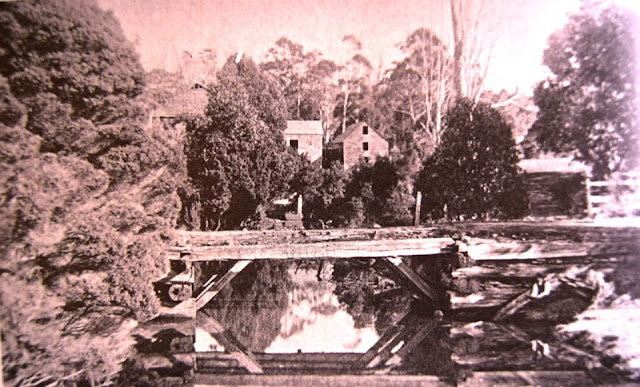 A rare early photograph of Cooee Creek - The Butter and Cheese Factory - posted in 'Burnie Past and Present' Facebook Group July 2020 - Archives of Tasmania. 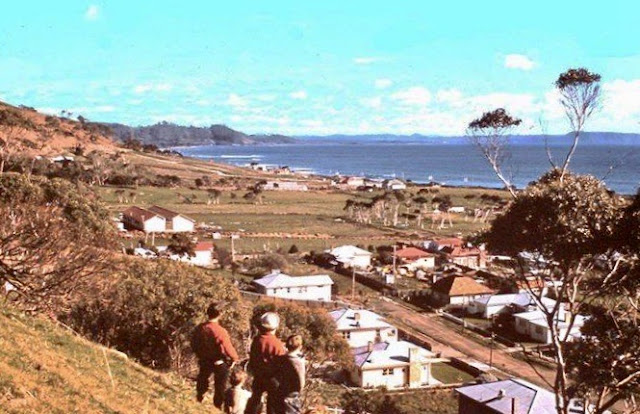 A photograph of Cooee in the 1950s - posted in "Pictorial History of Burnie" Facebook Group October 2018 - source/photographer not given. 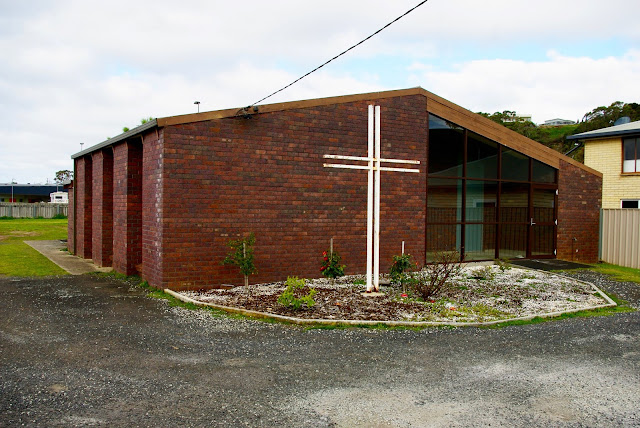