No. 769 - Wynyard - Seventh Day Adventist Church - "A Monument to the Message we Love"

- September 02, 2020
Wynyard is a sizeable town on the northwest coast approximately 15 kilometres west of the city of Burnie. In 1798 the area was named Table Cape by Bass and Flinders. This was changed to Wynyard in 1850 in honour of E.B. Wynyard, Lieutenant-General in the New South Wales Corps. The town currently has nine active churches including a Seventh Day Adventist church.

The Seventh-Day Adventist Church was established in Tasmania in 1888. The denomination originated in the USA in the 1860’s and in 1885 a group of Adventists travelled to Australia and began preaching in Melbourne. After a church group was established in Melbourne in 1886 members moved on to Sydney, Adelaide and Hobart. Public tent meetings were held in Sandy Bay in 1888 which led to the establishment of a church at Collinsvale and then Hobart and Launceston shortly after the start of the 20th century.

The Adventist’s were active in Wynyard as early as 1915 with a colporteur taking place in the home of Mrs E. Hite. A Sabbath school was established but this continued for only a few years. In 1936 the Sabbath school was reestablished and regular meetings were held in local homes. Eventually a hall was hired and services were conducted there for many years.

In the 1940s a block of land was purchased for the purpose of building a church. However, this proved to be unsuitable. Another block of land on a more central site was donated by Mr Arthur Stretton, enabling building work to begin.

In 1954 an Adventist congregation was formally established with the appointment of Mr S. L. Dunstan as the first pastor.

After Pastor Dunstan’s appointment a weatherboard church was constructed with substantial donations made by leading members of the Adventist community. The building was partly built using voluntary labour.

In May 1957 the completed building was officially opened and dedicated by Pastor Judd, accompanied by Pastor S.L. Dunstan and Pastor R.E.G. Blair. Councillor Smith represented the Wynyard Municipality. The Adventist Church’s ‘newspaper’, The Australasian Record reported:

“The finished product is one of which the denomination may feel justly proud. It stands as a neat representative monument to the message we love. Carefully planned and expertly finished appointments and fittings witness to the labour of love and desire to give of the best to the Master”.

In recent times the weatherboard church was replaced by a modern cement brick church which belies over a century of Adventist presence in the town of Wynyard. 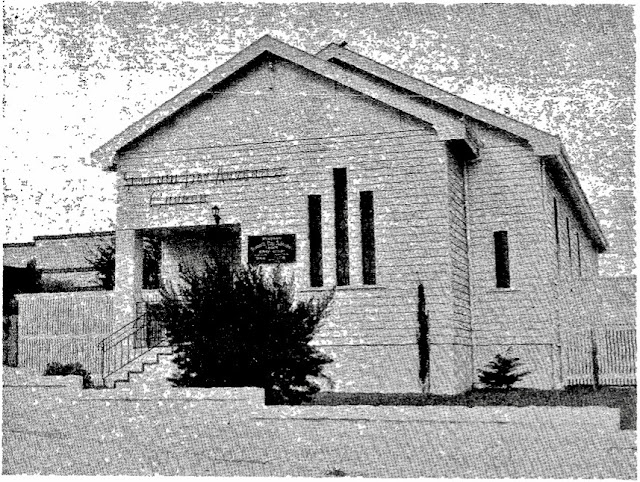 The original Adventist Church at Wynyard - Source: The Australasian Record 1957 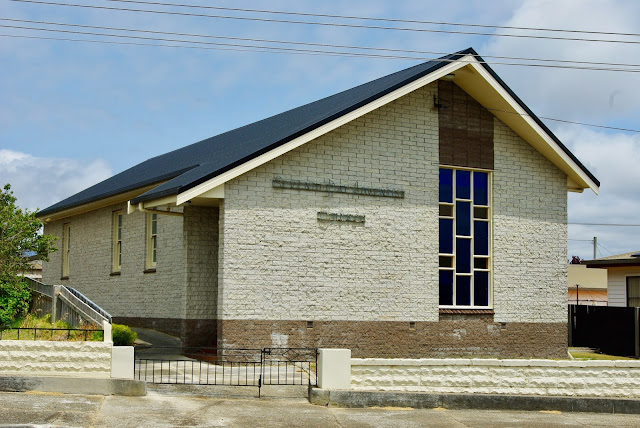 The new church on Inglis Street (2019) - my photograph