- September 21, 2020
Longford is an historical country town approximately 25 kilometres south of Launceston. The district around Longford was first known as the Norfolk Plains after the Norfolk Islanders who were resettled here in 1813. The town itself developed in 1827 and in 1833 it was named Longford, after the County Longford in Ireland. The Woolmers Estate is situated approximately 2 kilometres south east of Longford.

Woolmers is one of the most intact 19th century homesteads in Australia. It is listed as one of Australia's 19 UNESCO World Heritage sites. Woolmers was continuously farmed by six generations of the Archer family from its settlement around 1817 to the death of the last heir in 1994. The property is now owned by a private trust. The Woolmers Estate comprises of more than 18 historic buildings and structures spread over 13 hectares. The farm is also significant for its use of convict labour through the assignment system. A chapel (now an apple packing shed) was built on the Estate in the 1840s for the sole use of convicts and to assist in their moral reformation.

Government records show that by 1824 Thomas Archer had 40 convicts building the estate and working the pastoral property. Only the Van Diemen’s Land Company had more convicts assigned to them than Archer. By 1833 64 convicts were assigned to Woolmers.

A note on the Archer family and the development of the Woolmers Estate:

Thomas Archer arrived in New South Wales in 1812 and was sent to Launceston to run the Commissariat. Shortly after this he was given a large land grant at Norfolk Plains which he called Woolmers. By 1825 he had 6,000 acres of some of the best land in Van Diemen’s Land , all obtained by land grants for his public service. The earliest Woolmers House was built in 1818 of local timber. When his son, Thomas Archer, returned from architectural studies in England in 1842, he designed a much larger and grander avant-garde Italianate house.

Thomas was one of four Archer brothers who established grand properties in the district. The other properties are Brickendon built for William; Panshangar, near Cressy, built for Joseph, and Leverington built for Edward.

At the height of Thomas Archer’s prosperity the estate grew to over 12,000 acres and his other Tasmanian properties totalled another 22,000 acres. 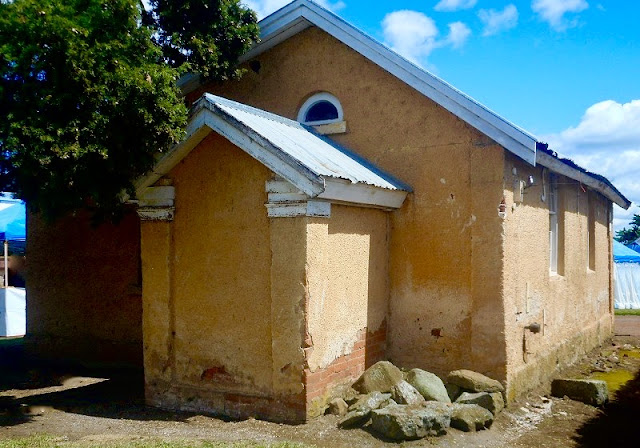 The chapel from the front - source: Monissa.com (2015) More photos of the chapel and the interior can be seen via a link to this website at the end of this page 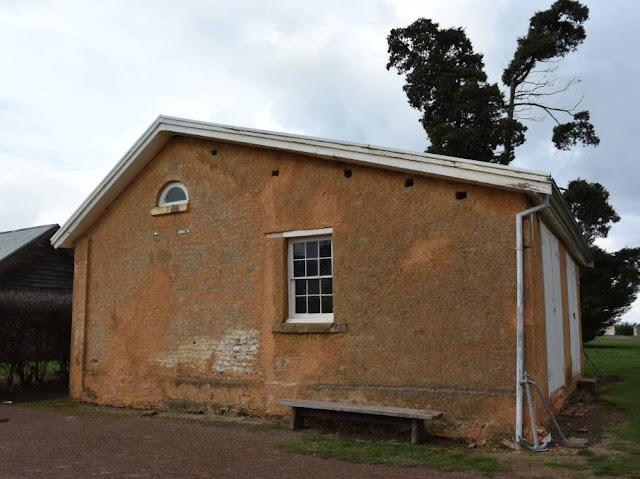 The outline of the original chapel - before the building was extended can be clearly seen in this
photograph. Source: The Examiner June 17, 2016 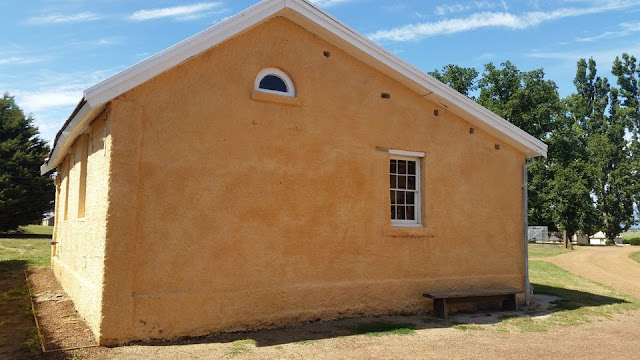 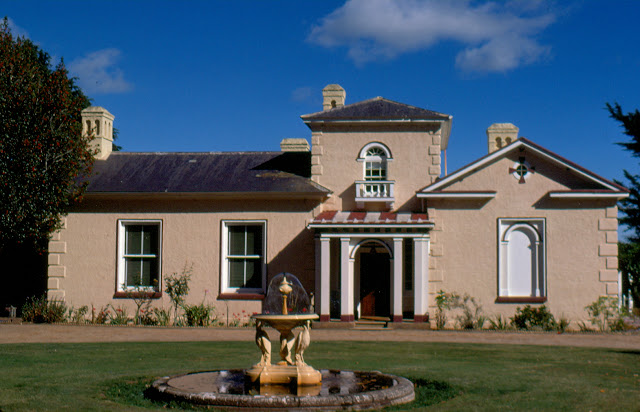 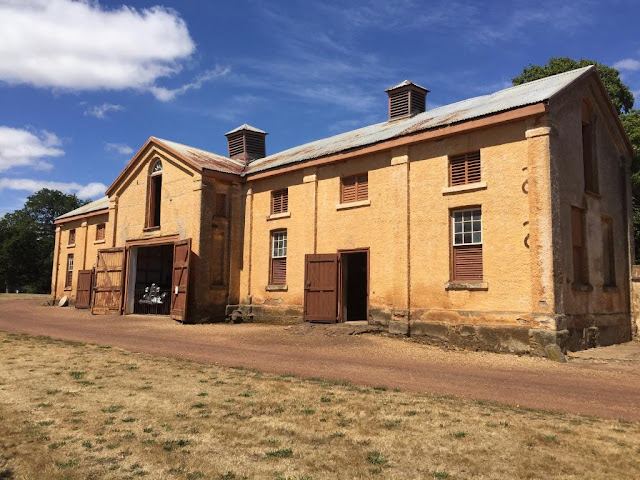 One of the many original buildings at Woolmers - Source: Tripadvisor.com