- October 03, 2020
Lauderdale is a town in the Greater Hobart region which is located on an isthmus separating Ralphs and Fredrick Henry Bay. The area was previously known as Ralphs Bay and was renamed Lauderdale in 1966. The new name was taken from the property 'Lauderdale' owned by the early Quaker settler, Robert Mather. Lauderdale is a district in the Scottish Borders.

Before a church was built Anglican services were held in the Lauderdale Community Centre. In December 1965 a timber church was opened. St Wilfred’s was consecrated in 1968 under the charge of the Sandford parish. A new Besser Block hall was added to the side of the church in 1972. St Wilfred’s closed in the 1990s and the building was subsequently sold. 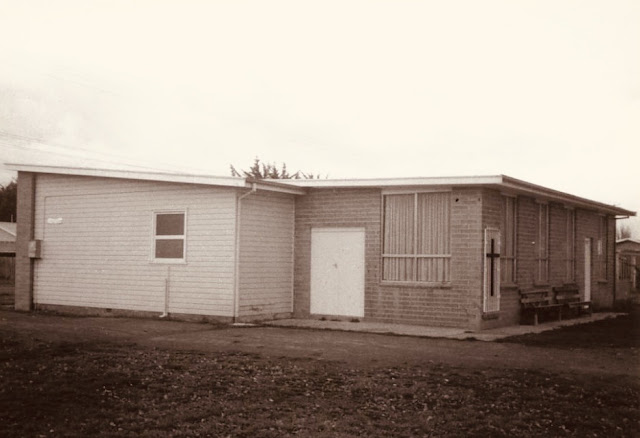 St Wilfred's (c.1990)  The original timber church built in 1965 is to the left of the Besser block
extension.   Photograph courtesy of the Anglican Diocese of Tasmania.