- October 08, 2020
Lutana is a northern suburb of Hobart located on the western shore of the Derwent River and adjacent to the Risdon zinc smelter and refinery. Lutana was originally called Risdon Rise. Following a naming competition run by the Electronic Zinc Company in 1920, when building their new housing estate, the name Lutana was chosen. Lutana is an aboriginal work for ‘moon’.

St Anne’s Anglican Mission Hall, which fell within the Moonah Parish, was officially opened and dedicated on Sunday 6 April 1924 by Bishop Robert Hay. Although the event was advertised in the Hobart Mercury, no published description of the ceremony survives thus little information is available about the building’s establishment.

A photograph of St Anne’s from the 1960s reveals that the Hall was a simple weatherboard building with a traditional porch with a single gothic style window. An extension at the rear of the church was added at an undermined date and may have accommodated Sunday school classes.

The Mission Hall was replaced by a new church in 1974 which was to be dedicated to St Anne. The latter church will be the subject of a second article on ‘Churches of Tasmania’. 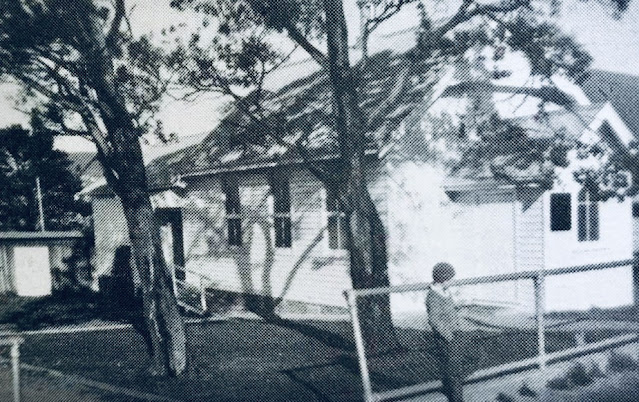 St Anne's at Lutana (c.1960) - Photograph courtesy of the Anglican Diocese of Tasmania.