- October 14, 2020
Derwent Park is a northern suburb of Hobart about 10 kilometres from the city and lies between Moonah and Glenorchy. It is now largely an industrial area. The name came from the original "Derwent Park House", built by Thomas E. Wells in about 1820.

The Mission Hall was dedicated by Bishop Mercer on Sunday 23 February 1908. The Hobart Mercury carried a short report describing the occasion:

“The Bishop of Tasmania dedicated a new Mission-hall at Moonah on Sunday afternoon last. The hall is weatherboard, lined with pine, and is 50ft. long by 25ft. broad, with a smaller room at the back. The room which had been nicely decorated with white and red flowers and ever-greens by some of the residents was densely packed when the service began at half-past 3. The clergy present beside the Bishop, were Archdeacon Whitington, Rev. J. S. Babington, and the rector (the Rev. S. H. Hughes). The musical portion of the service was rendered by the choir of St. John's Church, New Town, …The Bishop's address was on the social aspect of church life. The hall will supply a long-left want in Moonah….”.

It was planned to build full church at Moonah and in 1910 two blocks of land adjoining the Mission Hall were purchased “in order to provide for the extension of work there”. However, when a church was eventually built in 1924, it was at a new site on Springfield Avenue, about half a kilometre from the Hall.

After St Mary’s was built in 1924, the Mission Hall continued to be used for church functions and general community activities. By this time it was more frequently referred to as the Derwent Mission Hall. No trace of the building exists which was probably demolished in the 1950s or 1960s. 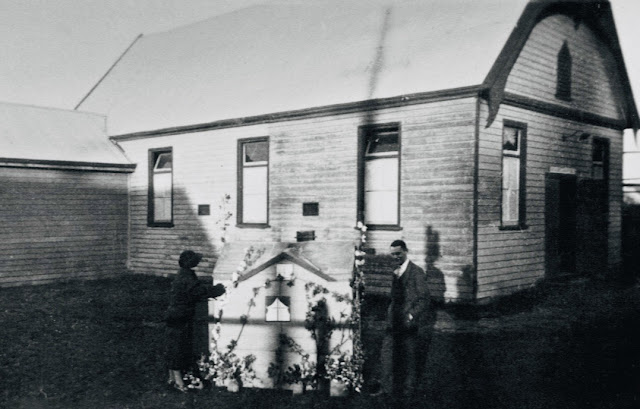 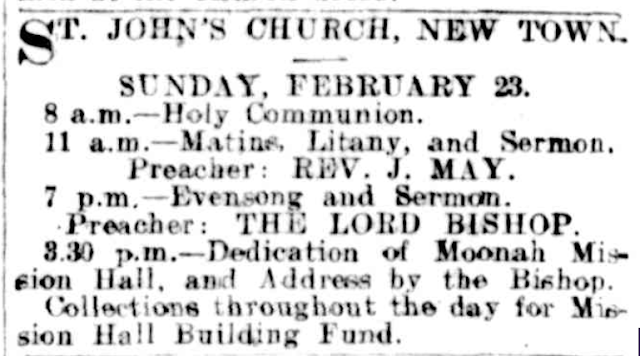 Notice of the Mission Hall's opening in February 1908 - The Mercury 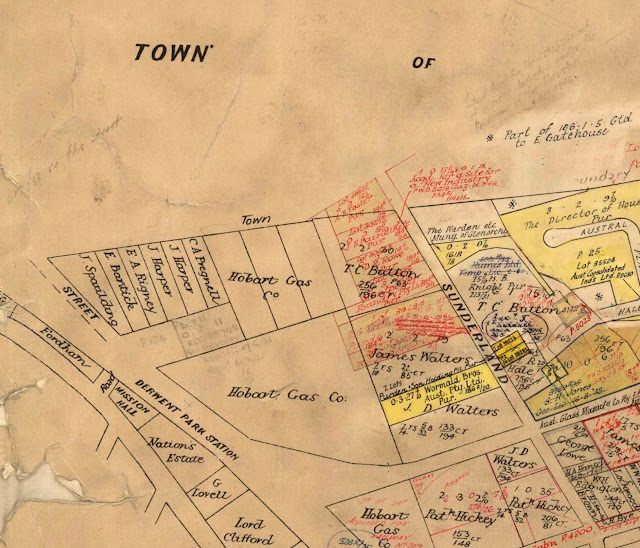 A detail of a map of Moonah showing the Hall's location near the Derwent Park Station - source:
Libraries Tasmania AF721-1-3 . A link to the full map is HERE