- October 15, 2020
Howrah is a suburb of Hobart situated on the eastern side of Bellerive on the shores of the Derwent River. It is named after "Howrah House", a property built in the 1830's on the Clarence Plains by a retired Indian Army officer, Captain James Fielder. Howrah is a suburb of Calcutta, where Captain Fielder was stationed. Howrah has had five religious denominations active in the suburb since it was was settled.

As a relatively recently established place of worship, there is very little information about the history of the Clarence City Salvation Army Hall. As information becomes available this article will be updated.

Additional information about this church is most welcome as all articles are continually updated. I can be contacted through this page or my Facebook page "Churches of Tasmania" which is linked here: Churches of Tasmania.
* All photographs used in this article are my own. 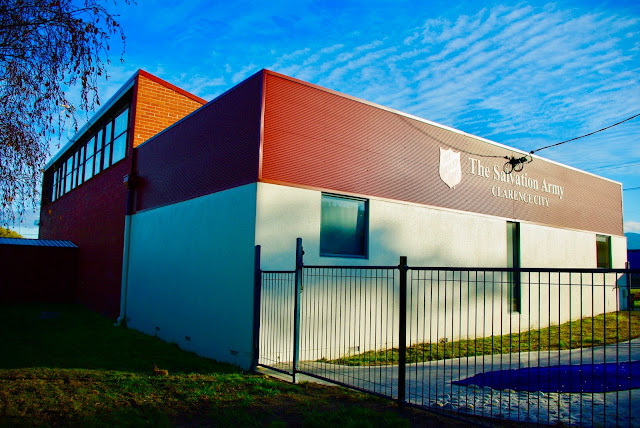 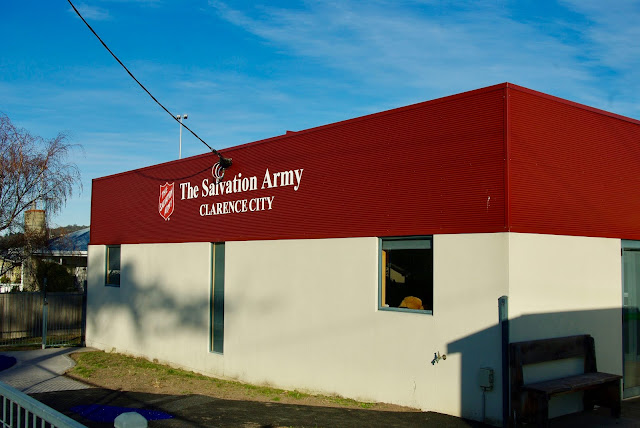