- October 28, 2020
Darlington Park is a large farming estate south of the town of Cressy. Situated on the banks of the Macquarie River, the farm was settled and developed by Robert Thirkell and his son George. A small chapel was built in 1850 and consecrated in October 1867. The chapel closed in 1919 but was reopened in July 1949 after “thirty years of disuse”.

At the time of the chapel’s reopening in 1950, exactly a century after it was built, the Hobart Mercury published a short article detailing the building’s history:

“The chapel was built in 1850 by Robert Thirkell, who also ,was responsible for the magnificent home of Darlington Park, with its fine stone buildings and brick walls leading down to the river. Nearly all the large estates had their chapels in the past. Few are used today, because the motor car has brought the town church within easy reach, and in any case there are not sufficient people working on the properties now to warrant a clergyman holding anything but a special service. So most of them are in an advanced state of decay, or used for storage of grain or farm implements".

"The Darlington chapel, however, has suffered little from the passage of time or neglect, and, although shorn of some of its beauty by the removal of screening trees, is still an attractive landmark. Like some other family chapels, it has a fireplace at one end, and on its walls are tablets in memory of the early members of the Thirkell family. The vault beneath the floor is no longer used, and there are several graves in the cemetery enclosed by the fence that surrounds the chapel. The several tall, straight-backed pews are of mellowed cedar, and the window shutters appear to be the same".

"The interior had been rehabilitated for the service, which was conducted by the Rev. M. A. F. Downie, of Cressy, who was chiefly responsible for having it opened again. An ancient harmonium, inlaid with brass and satinwood, and operated with the feet, was installed by Mr. J. Bayles, of Darlington Park, for the hymns".

"But motor cars took the place of wagonettes and buggies that carried worshippers to services in the past, and the hitching posts were minus horse”.

The chapel still exists but as it is on private property with an attached family cemetery; public access is limited and few photographs of the building exist. 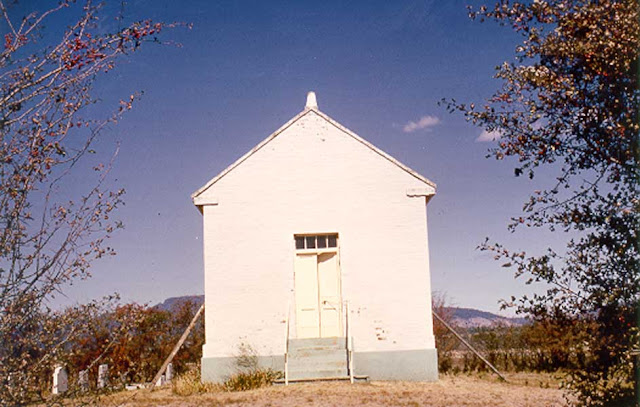 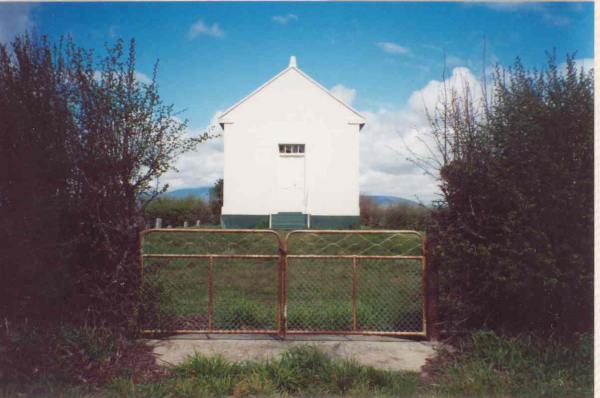 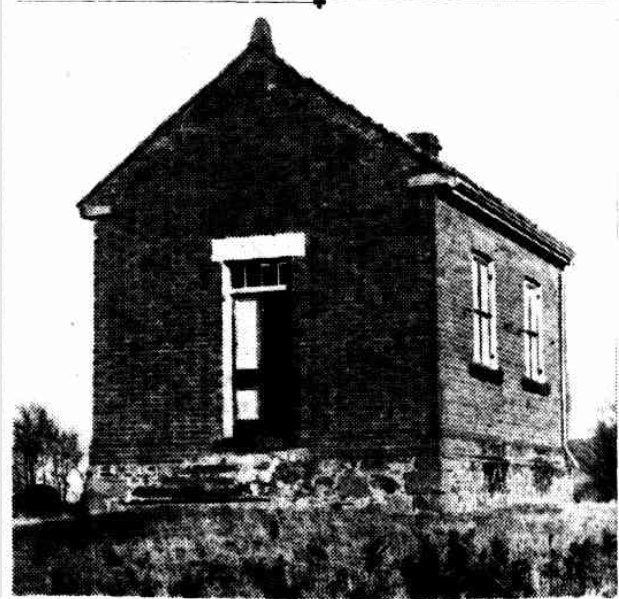 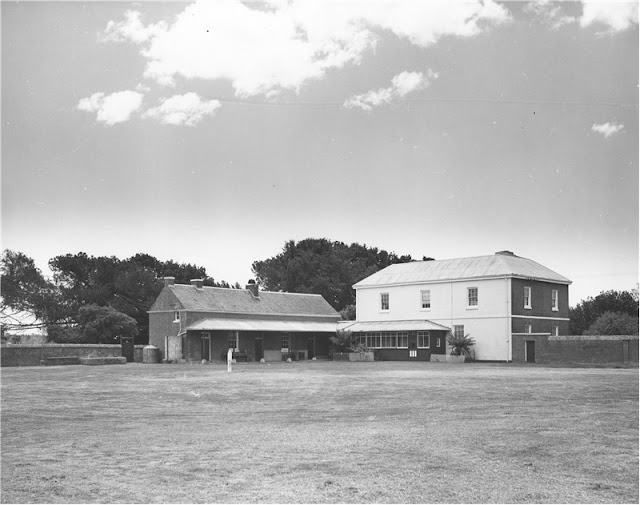